Why won’t you people believe me?!

It may only be March, but I’d wager the cast of Gnosia is the most infatuating group of eclectic weirdos we’ll see in gaming this year.

The 14 characters that make up the passengers of this wayward spaceship are a diverse bunch, with captivating stories to tell and styles that will undoubtedly inspire professional and amateur cosplayers alike. Throughout the game, you’ll get to know each one of them, learn their often devastating histories, and figure out their tells for when it comes time to eliminate them.

Because one or more of these passengers is not who they say they are. They may look human, but in reality, they’ve been replaced by a Gnosia, an alien entity hellbent on the destruction of the human race. If any survive this galactic voyage, humanity is most assuredly doomed. But with no way to easily identify a Gnosia, the only thing you can do is hold a vote for who you think is most likely to be the enemy and hope to God you are right. 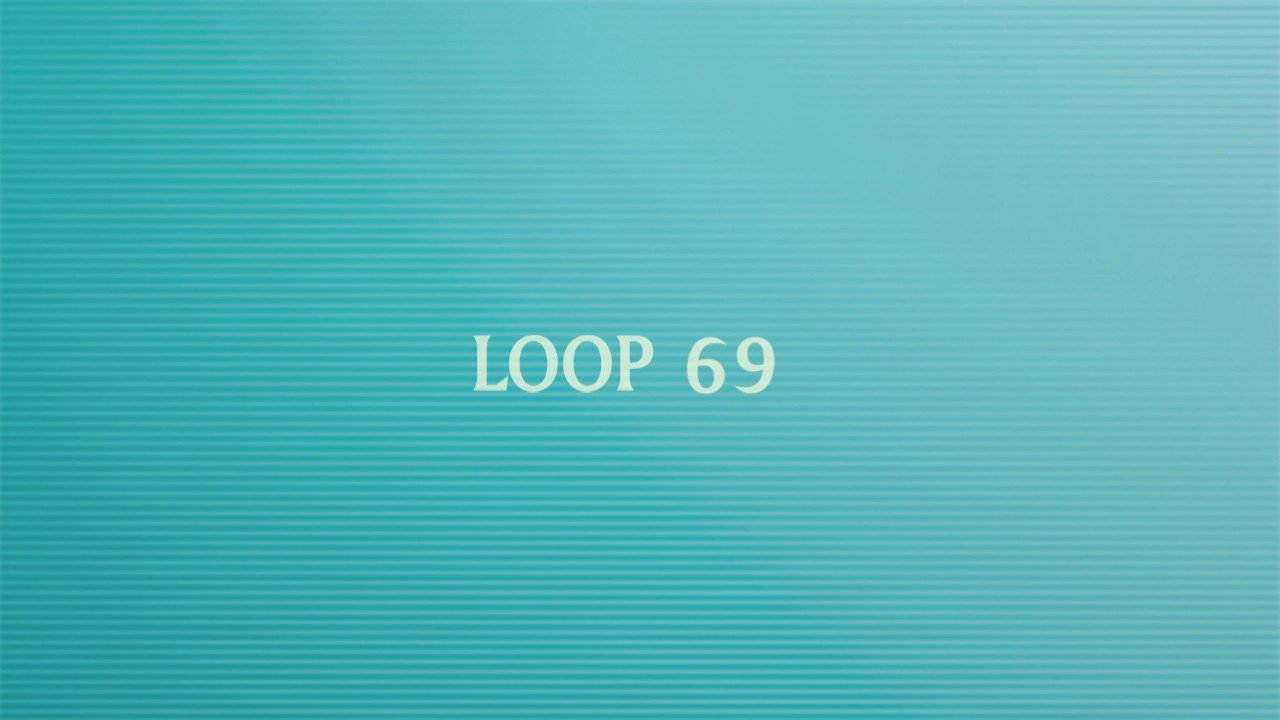 Gnosia is a social deduction game similar to Mafia or Werewolf or, more recently, Among Us. However, unlike those titles, this is a single-player jaunt with role-playing elements and an overarching plot that ties the whole thing together. You’re not just going to be playing one game of Mafia, but rather, many, many games that are presented as loops. Whether you win or lose, at the end of each game, everything will loop back to square one.

To win, you have to deduce who among you is a Gnosia and convince your fellow humans to vote them into cold sleep. But there are obstacles to getting this done. First of all, Gnosia can lie their ass off whenever they feel like, and unlike the humans, they are well aware of who else within the group isn’t who they say they are. If you find yourself at odds with a Gnosia and there are enough of them still around, it can be easy for them to send you to cold sleep and end your current loop. Or, if you survive the vote, they can just as easily kill you overnight as the Gnosia are wont to do.

In the first few loops, it’s just humans and Gnosia. As you advance further, more factors are added that complicate matters. The game introduces a few jobs for the passengers, the first of which is Engineer. After every vote, the Engineer can scan one member of the remaining crew to see if they’re Gnosia or not. A little bit later, the Doctor role will be added to the mix and they can determine if the person sent to cold sleep was actually a person. There can only be one Engineer and one Doctor per loop, but Gnosia can lie and claim these roles for themselves. There is also a Gnosia-loving human who can illegitimately claim the roles too, as it’s their dream to see all of humanity fall victim to these creatures.

Then there is the bug, which is a wildcard that must be eliminated or it’s game over. If you send all the Gnosia to cold sleep but don’t exterminate the bug, it’s considered a loss. You can eliminate this glitch in reality by voting it into cold storage or by scanning it as the Engineer.

All of these elements combine to create an atmosphere of mistrust and doubt. If three people claim to be the Doctor, how do you know who to trust, or if you’re in the role, how do you convince your fellow passengers that it’s the others who are fake?

Getting people on your side is a difficult task in the early hours of the game. Gnosia is an RPG, and as you play and survive, you’ll gain XP you can use to increase different attributes that’ll help you convince others, detect liars, and shroud yourself from suspicion. Before each vote, you’ll have five opportunities to accuse or defend your fellow passengers. Anyone can throw out an accusation, and it’s up to you to decide if you want to support their claim, deny it, or keep your mouth shut.

If you survive the vote and make it through the night, you’ll wake up the next morning and go through the process again. Once you’ve won, lost, died, or been sent to cold sleep, the loop resets. When this happens, everyone’s role will shift, so each game is unique from the one that came before it.

If any of that sounds appealing to you, that’s great. I think the concept behind Gnosia is brilliant. I love the RPG elements, I love that you can actually see a difference in your persuasion abilities as you build up certain attributes, and, outside of one instance where the focus was unnecessarily put on a character’s genitals, I love watching the interaction between passengers through each loop. 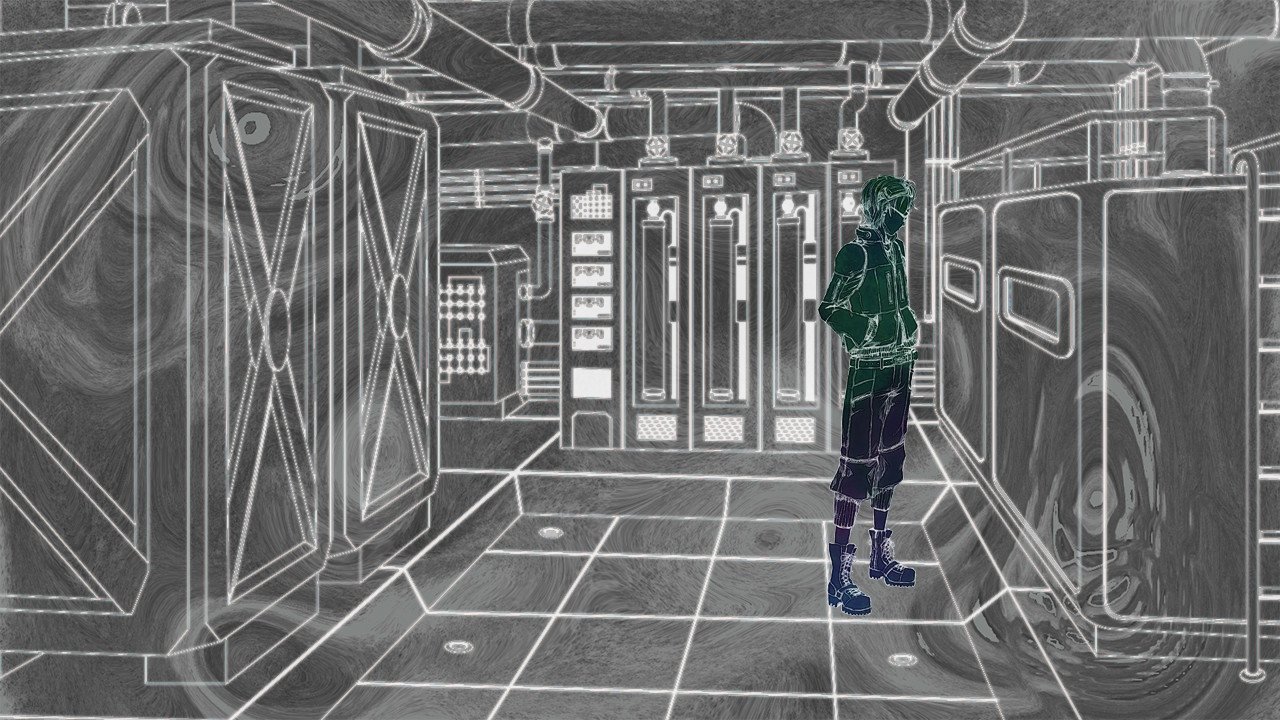 Because everything resets after a win or loss, there is nobody you can routinely rely on. Somebody who teams up with you one loop may be a bug you have to eliminate in the next. However, there are consistencies throughout the game. Character attributes will not change from loop to loop. Gina will always tell the truth. Raqio will always be a formidable foe with strong logic skills. Shigemichi, who swears he’s human but looks like he was autopsied at Area 51, will always have the back of people who have doubt cast upon them. Yukio will always be problematic as her strong persuasion abilities can easily convince passengers to follow her lead. If there is any character who can be considered a consistent ally, it’s Setsu as they’re the only one besides you who realizes they’re stuck in a Groundhog Day situation and remembers details from loop to loop.

Figuring out each of these characters and learning their backstories is at the heart of what drives Gnosia forward, but this information is drip-fed to players as everything in the game has an element of chance attached to it. Specific parameters have to be met for these story elements to appear. You can play through several loops without learning any new information, leaving you in sort of a progression purgatory. You do gain XP to help you survive, but when the game teases you with a particularly juicy bit of story, only to force you to go through multiple loops just to see where it leads, it can really take the wind out of its sails.

Sure, each loop probably maxes out at about 15 minutes, but what happens when you have to go through nine separate loops just to gain a little bit of information to move things forward? Because that can happen at multiple points during your playthrough. For me, the most egregious example of this occurred in the back half of the game. I was instructed to speak with Raqio as they had pertinent information on a key item. A seemingly easy task made aggravating by the fact that for eight straight loops, they were either the first to be sent to cold storage, killed within the first two nights, or a Gnosia themself and therefore ineligible to advance the narrative.

It’s instances like this where the random nature of the social deduction genre collides headfirst with the draw of a strong narrative. The more I found out about this world and my fellow passengers, the more I wanted to know. But that knowledge was being kept from me by the powers of chance. Gnosia eventually introduces a system where you can set the parameters for each loop to most likely result in experiencing new story elements, but there are no guarantees you or your target will survive long enough to see them. 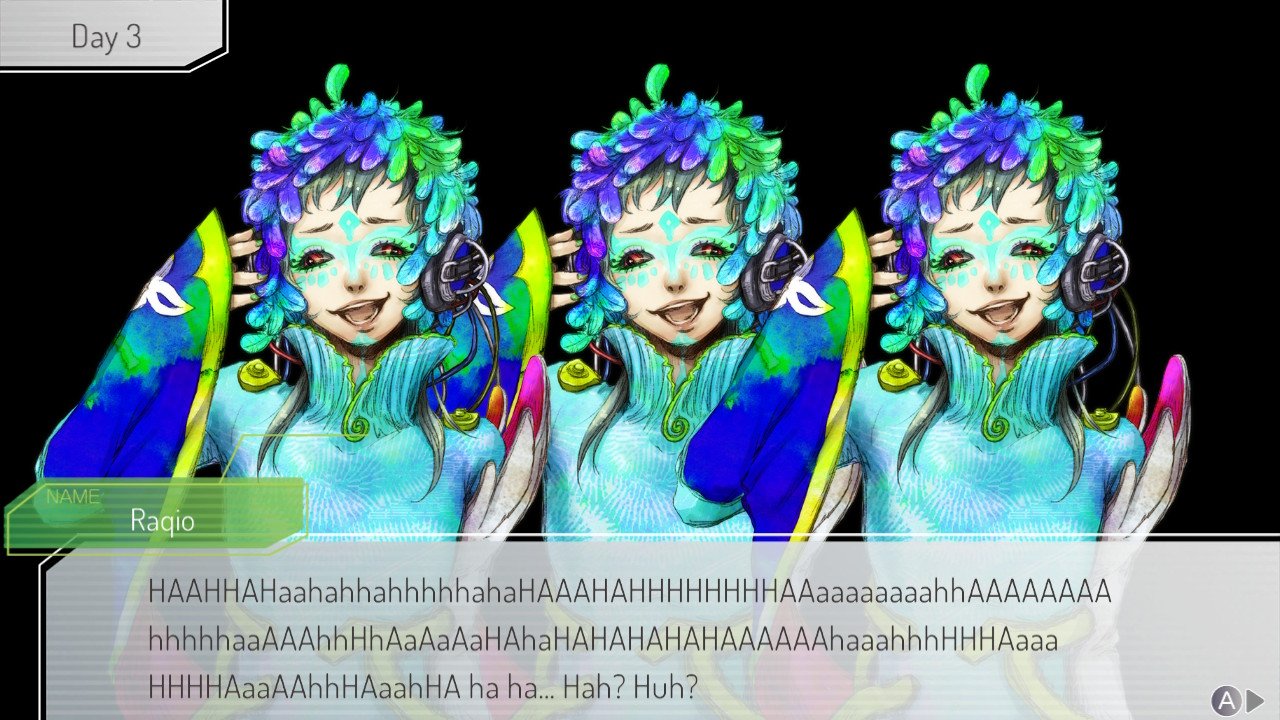 And honestly, that’s fine for the first 50 or so loops as the game is still pretty fresh and exciting at that point. Up until then, I was still figuring out the best way to approach the different jobs I could have in each loop, making small inroads with each character’s background, and having a blast turning the humans against one another when I took up the role of Gnosia or the bug.

None of these failures that are almost entirely outside my control would bother me so much if Gnosia wasn’t as long as it is. What should be a 12- to 15-hour game has a runtime that can stretch up to 23 hours or more, and the gameplay and dialog are just too repetitive to be wholly enjoyable for that long. Don’t get me wrong, I like this game. I would just like it a lot more if there was less of it.

Ultimately, Gnosia is worth playing through to the end thanks to its strong narrative. The story goes in unexpected directions, and the revelations I learned along the way were compelling enough to push me past my frustrations. Make no mistake, I wanted to give up on this game multiple times. But every time I considered quitting, I’d start one last loop that would pull me right back in because all of the elements were in place for another bit of tasty narrative to reveal itself.