I’m always looking for an excuse to return to Ghost of Tsushima. The multiplayer “Legends” mode managed to lure me like a siren’s song for just a bit, but ultimately, I’m a sucker for big beautiful open worlds. Ghost of Tsushima Director’s Cut did the trick.

For clarity, this review primarily deals with the new zone (Iki Island), as well as some Director’s Cut-specific additions. 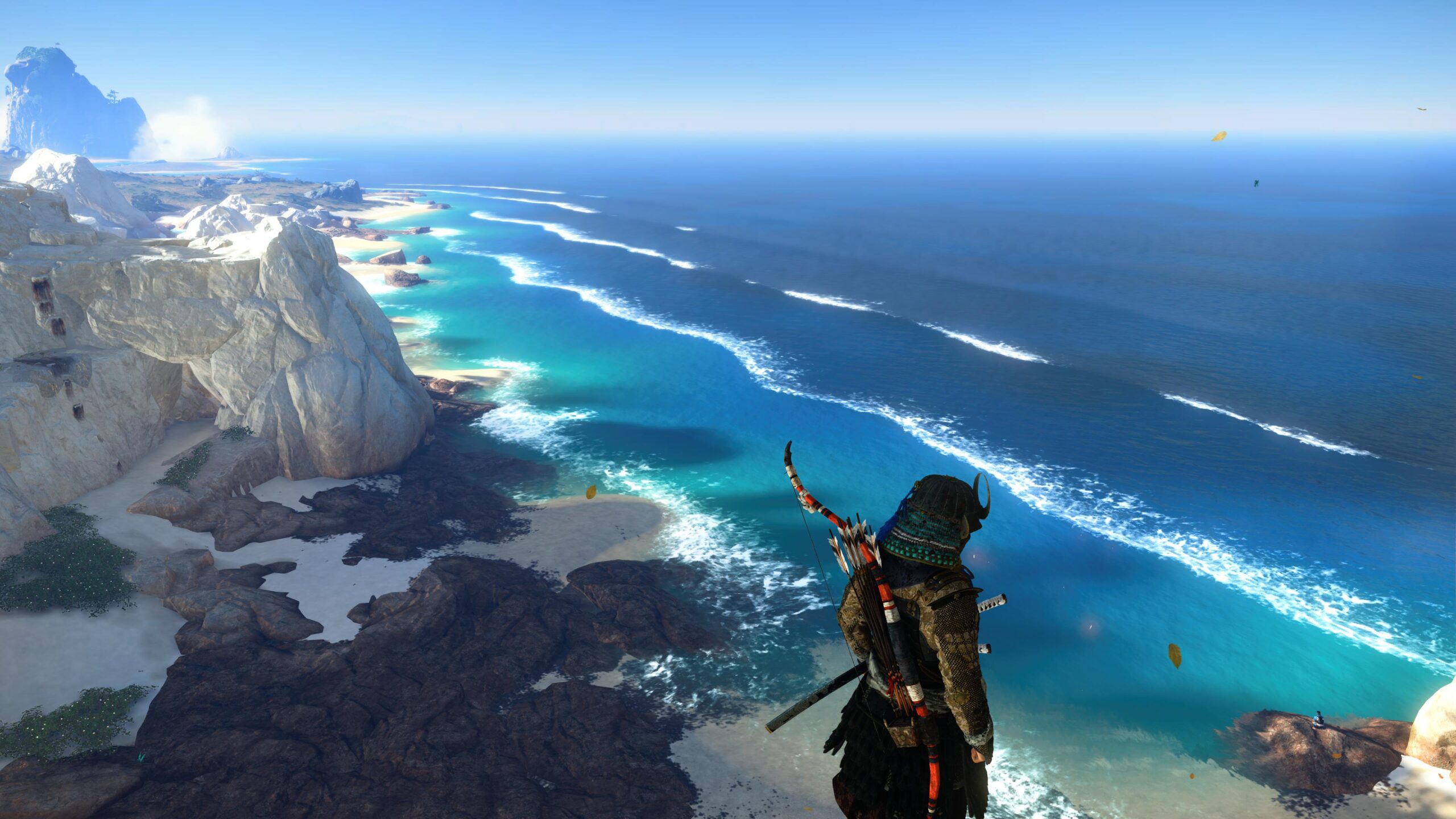 Let’s cut (ha, with a katana, and the director’s cut, look at that) to the main event: Iki Island. So this thing is about as long as the third act, which is fairly substantial. It’s going to take roughly five hours to finish with some messing around time, 10 or more to fully complete. A full act is good! I didn’t expect a new storyline with an additional threat that’s mostly justified and tied neatly into the main course.

These sorts of gaidens are always super hard to figure out. “Oh so X superpower was actually around the entire time but we never knew about it? Sure!” But Sucker Punch attempts to legitimize the tie-in here, and I think it’s mostly going to go over well with fans. Without spoiling much, Jin is embroiled in a new conflict on Iki Island with what is essentially a shamanistic mystical Mongol faction. It starts with the typical mysterious enemy trope, but quickly morphs into a natural foundation of the narrative. Jin has unfinished business on the island, and a family history that we see unfold as the DLC progresses.

It’s legit. We get full cutscenes and more insight into Jin as a character, which should satisfy all of the people who felt like he was a wet paper bag in the core game. Iki Island, as described by several inhabitants on the mainland, is a haven of “raiders and bandits who hate samurai,” so Sucker Punch cleverly is able to reboot the “build your legend” level-up meter to cater to the DLC. Kudos to them for solving the “why doesn’t Mega Man keep all his powers after each game” issue.

The shaman theme is paramount throughout the DLC too, with strong “Scarecrow from the Batman Arkham” series vibes. You’re probably going to guess where it’s going an hour or so in though, as there’s some real on-the-nose hints and the narrative doesn’t really push itself from a layered perspective. It’s nice to get more of an introspective look at Jin, but it’s not breaking any barriers.

It can get a little tropey, especially as Jin’s visions keep popping up a little too often, but the missions are on point and kept me invested in the new quest. Making it an island is kind of a stroke of genius, as there isn’t that temptation to go to old areas: you’re mainly forging forward. Still, the island can feel small in comparison, and more limited in terms of what you can do (but also less bloated in many ways).

About that! In terms of what Iki Island has to offer beyond the core story, you’re getting animal sanctuaries, archery challenges (which are fun as you’re timed, so you can’t just pull the bow back as far as you can for each target), and a horse charge mechanic. The latter is extremely arcadey and a ton of fun, and should sate folks that felt like the game was a little too grounded and didn’t go out of the box with its combat system. Since you’re not using it all the time, it’s not too over-the-top, either.

That said, I’m thankful that system still exists. It felt natural to slip back into the multi-stance nature of sword-fighting. At first I was extremely nervous that it would take me a while to pick everything back up, but by the first fight my muscle memory kicked in and I was swapping stances like a champion.  Ghost of Tsushima still looks incredible and plays great. The previous mesh of stealth and action are both facilitated in the new zone, with plenty of opportunities for both. And with near-instant loads on PS5, it was fun to hop around places and hit all of the landmarks.

In case you’re curious, I was able to transfer over my PS4 save in no time. From the transfer main menu option to getting in my actual save took around 30 seconds. So there’s a few extra features the Director’s Cut bestows upon people. In addition to a digital mini art book/director’s commentary video and a few minor skin/item bonuses, the PS5 edition also runs at dynamic 4K with 60 FPS (yep, I noticed!), with DualSense haptic feedback (mainly when pulling items with your grappling hook or shooting a bow), 3D audio (wonderful for this game, especially given the wind and leaf sounds of the outdoors), and lip sync for Japanese voiceovers (lovely for those who don’t dig the dub). The 3D audio is a boon for discovering enemies that need to be taken out first and make a distinct noise.

Ghost of Tsushima Director’s Cut is now the definitive version of an already great game; and although the DLC does feel like too much of a companion piece at times, it doesn’t feel tacked-on in the slightest. If you’re keen on experiencing the game from the ground up, this is the way to do it going forward.

[This review is based on a retail build of the game provided by the publisher. The score primarily reflects the new elements of the Director’s Cut, namely the Iki Island expansion.]