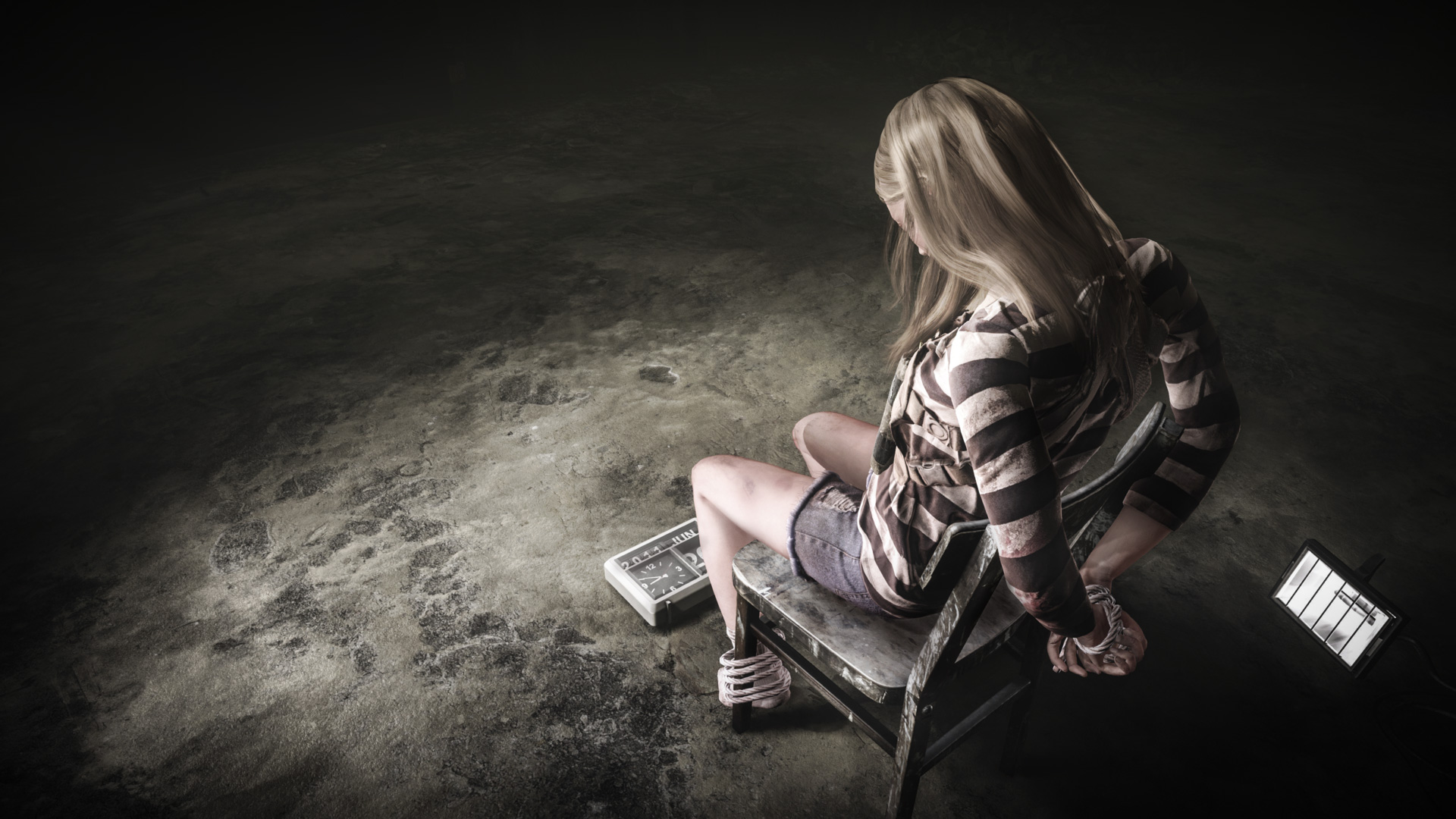 Get Even starts with main protagonist Cole Black trying to save the life of a teenage girl named Grace. Black knows nothing about who he is or where he’s at or even why he’s trying to save her. Captors have taken her hostage and strapped a bomb to her. Black can’t disarm the bomb. She’s met with a terrible fate. She screams and the screen cuts to white in a disorienting way that video games reserve for concussive blasts.

Grace isn’t the only hostage. The player too is a hostage, a slave to Get Even‘s intentionally misleading and unelaborated-upon ways. It’s frustrating. The opening hours of Get Even play out like a greatest hits of video game amnesia clichés — a parade of things we’ve seen before, all of them to a saturation where they aren’t particularly interesting anymore.

Somewhere along the line, all those negatives turn into positives. Try to pinpoint the exact moment the Stockholm Syndrome takes hold. 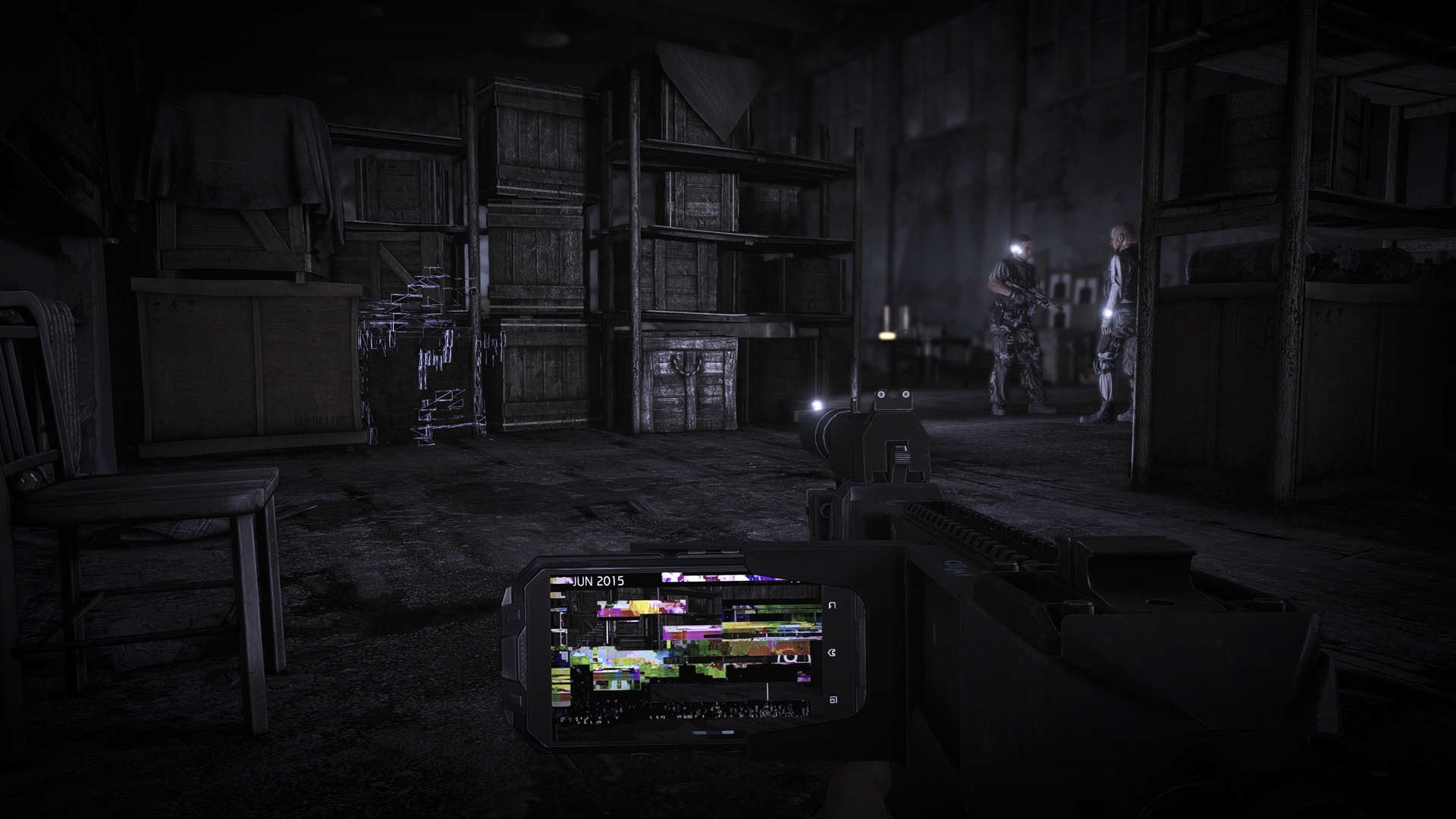 Negatives and positives, black and red. Get Even wears this theme on its sleeve, going so far as to name its protagonist/antagonist duo Black and Red. After failing to save Grace, Black wakes up in Red’s house of horrors, a dilapidated mental asylum that’s full of still-locked-up inmates. Everyone, including Black, is wearing Red’s patented virtual reality helmet called Pandora. It’s made to extract memories and piece them together by making the subject relive the moments. But, this reconnaissance effort is highly malleable, and deviating from the original events may have an unfortunate butterfly effect later on.

Later in Get Even, we’re told that Black is a trained killer and it’s the only real purpose in his life. However, he’s wracked with guilt every time he does it. That’s how the game justifies prioritizing a stealthy non-conflict approach, even going so far as to have Red reprimand Black (and, transitively, the player) every time there’s a shootout. Get Even would prefer we stick to the shadows.

It’s a bold ask, especially considering we’re given a wildly overpowered gun right from the outset. Get Even‘s great equalizer is an invention called the Cornergun, a weapon that can efficiently shoot around corners without putting the user in any danger. It’s also a staple of the plot. Black quickly learns that he helped steal this armament and ended caught up between competing corporations.

The thing is, Get Even missteps no matter which way it’s being played. It’s not a particularly good shooter, as it really just does the bare minimum to be competent. The stealth is the more oppressive path, as it’s often tedious and difficult to know what will be noticed and what won’t. For those choosing the latter, the majority of the game will be spent looking at an in-game phone’s mini-map to maneuver around enemy vision cones. (Actually, almost everyone will lean on that phone as its more useful apps are: the aforesaid map, an evidence scanner, a thermal vision filter, and an ultraviolet flashlight.)

That’s only half of it, though. The rest of Get Even is dedicated to evidence hunting. The environment is littered with clues as to what happened, and Black’s goal is to track them all down. Interestingly enough, exploration is usually an isolated event. Most of it doesn’t happen while enemies are around. Get Even is almost always in one of two distinct phases: when danger is present and when it’s safe. Rarely will the player be unsure of which they’re currently in. It’s obvious enough that the whole mood of the game swings nearly instantly. 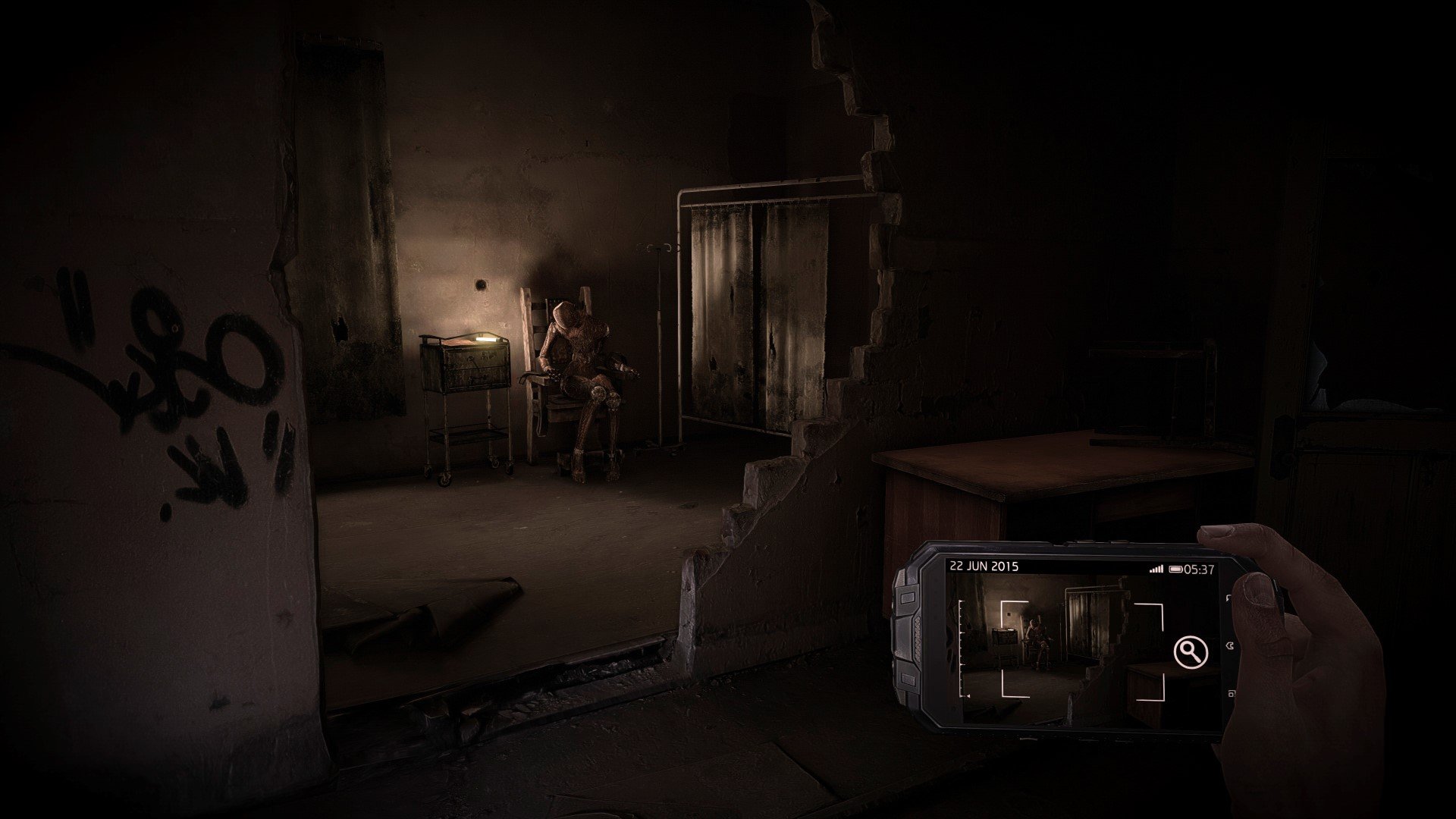 This may be tough to grasp at first because Get Even so obviously revels in its mindfuckery. Perception versus reality, distrust, nonsensical shifts in the environment, manipulation — these are some of the devices developer Farm 51 liberally implements to keep the player both logically and emotionally uncertain about everything. You’d think this breeds distance, that trickery would only make us hesitant and doubtful. It doesn’t. It has the reverse effect, somehow piquing our curiosity as we find ourselves more invested than we thought possible at the beginning.

This is chiefly due to the structure of Get Even. The approach to discovering the timeline in disjointed chunks does wonders here. The loose threads become more and more unwound as twist after twist is revealed and then twisted upon. The easiest analog is probably to a Quentin Tarantino film, but that feels like something of a disservice to the pace and order that the developer masterfully figured out.

Actually, I’m not sure I care much for the plot. If I were to read a chronological summary of what happened in Get Even, I think I’d find it underwhelming and overwrought. It’s the stuff of soap operas that are on daytime television for a reason. But it’s not the story that matters here so much as it is the delivery of the story. 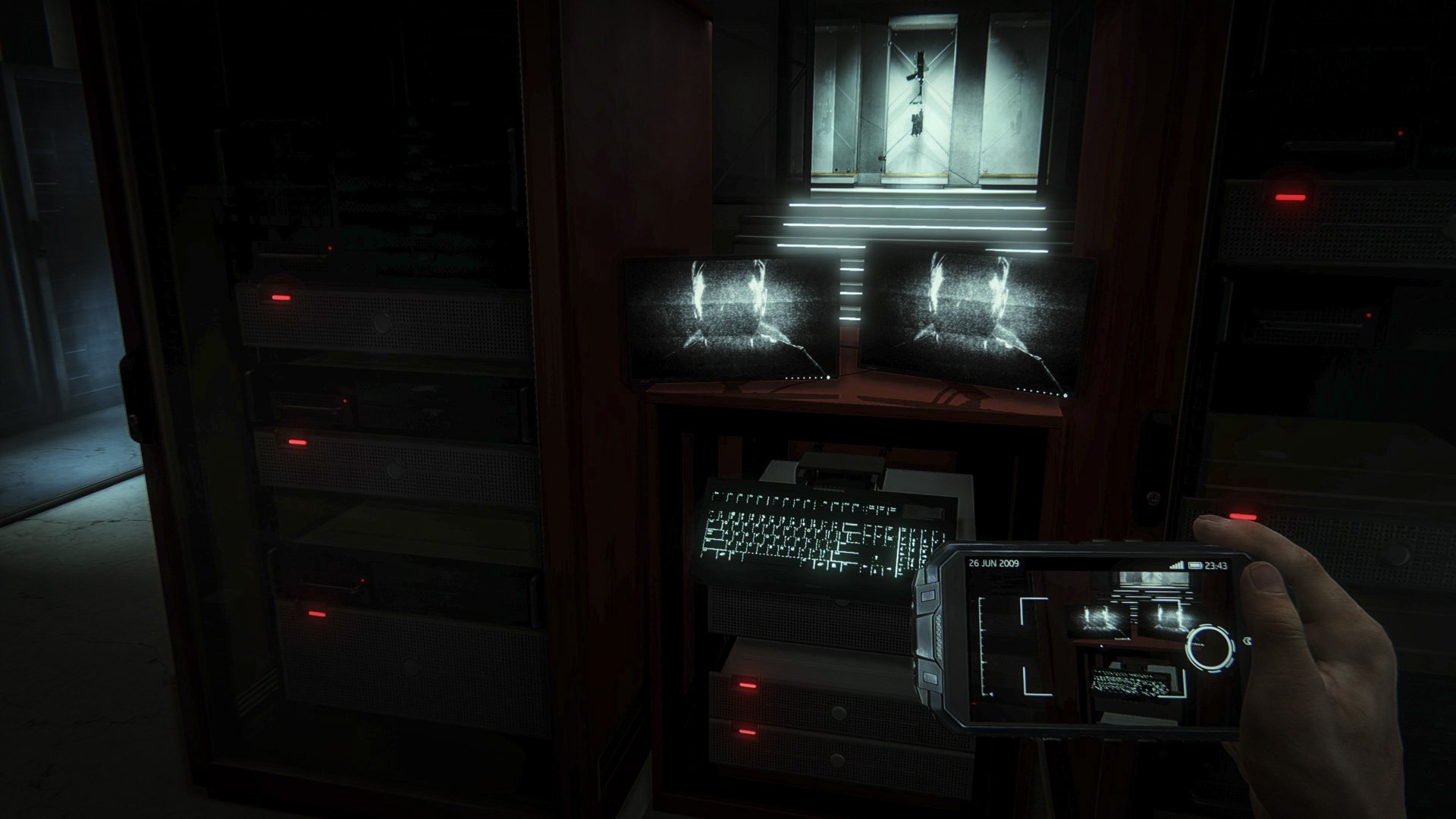 It feels peculiar to wholeheartedly endorse a game when it has so many flaws. So many of Get Even‘s individual parts are lacking when held under the microscope. But, in the context of the greater experience, most people will find themselves strangely okay with its imperfections. As the saying goes, the sum is greater than its parts.

Spend enough time with Get Even and you’re likely certain to see why it’s so arresting. There’s something unique and original and intriguing at the core of this game. But hey, maybe I’m wrong. Maybe this is just the Stockholm Syndrome talking.