The wheels are in motion

Telltale seems to be getting into the swing of things with Game of Thrones, in more ways than one. For starters, it only took seven weeks since the last episode for this one to come out. If Telltale can keep up that pace, the season should conclude this August.

More importantly, this is the first episode to really capture the essence of A Song of Ice and Fire. Where Iron From Ice was mostly setup and The Lost Lords felt a little like filler, The Sword in the Darkness finally starts to get the members of House Forrester moving toward something that feels like progress. The situation is still dismal, but faint flickers of light at the end are just now coming into focus. 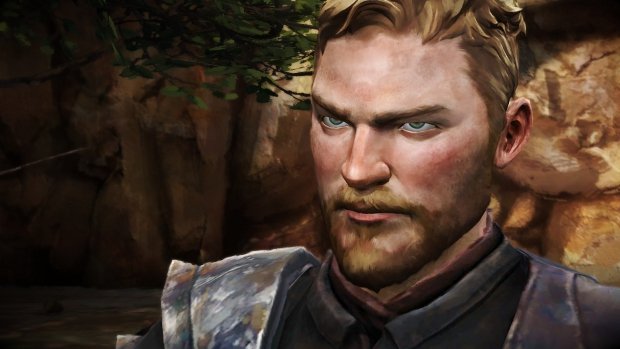 Like the previous episode, The Sword in the Darkness opens with Asher across the Narrow Sea. Hothead that he is, his sections always seem to be more action-oriented than the others. As an introduction to the episode it sets an energetic tone, though most of the other sections follow the more subdued light exploration and dialogue trees Telltale is known for.

Asher is presented with a major this-or-that decision early on, and it comes during such a panicked situation that I was actually caught off guard by it, despite knowing what to expect by now. The scene does a good job of getting the adrenaline pumping and then presenting players with an impossible decision. I think I shouted some profanity at my monitor when it showed up. Well played, Telltale.

Though Asher is charming and fun, Mira’s tribulations in King’s Landing continue to be the most interesting. Cersei, Tyrion, and Margaery all show up, and each wants something from the eldest Forrester daughter. Though the audience with Cersei in episode one was nerve-wracking, the politicking here provided the most sustained tenseness in the series.

Cersei doesn’t want Mira associating with Tyrion, Margaery wants her marriage into the Lannister family to go smoothly, Tyrion wants to team up with Mira to make some money, and Mira wants to give her family the best chance at survival by manipulating relationships in King’s Landing. Keeping everyone happy while still achieving Mira’s objective requires delicate balance, and there are very real consequences presented for crossing any of the major players. Mira’s navigation of nobility politics feels more like Game of Thrones than any previous encounter.

Previously, Gared hadn’t been too important in the overall story of House Forrester, but now his purpose is made clear. The North Grove plot point introduced in episode one and ignored in episode two is revisited, and it sets a more tangible goal for future episodes.

Where before it seemed like Gared being sent to The Wall was just an excuse to show scenes with Jon Snow, now it seems like a carefully calculated decision, both in-universe by Duncan and outside by Telltale. I’m much more interested to see where Gared’s story goes now than I was coming into episode three. 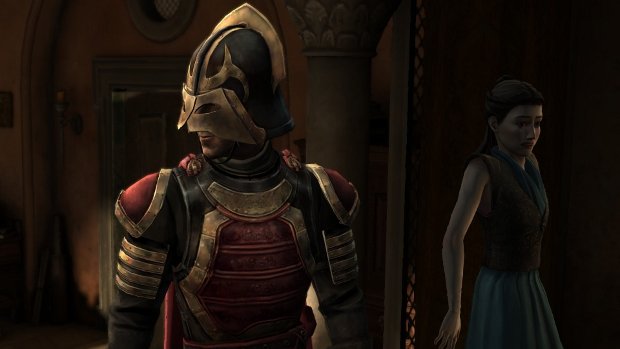 The most focus is placed on the events at Ironrath, where the Whitehill soldiers are becoming increasingly unruly. There are a couple of different approaches to take, but even if the player decides to go down one path, there are a number of scenes that test resolve. The smart choice for the long run is rarely the one that feels right in the moment.

It’s a strange situation, because Ironrath’s state by the end of The Sword in the Darkness is obstensively worse than it was at the end of The Lost Lords, but I feel more optimistic about the future. As Rodrik, I made choices for the greater good that I thought might let other characters down, but the team all appeared to be on the same page. 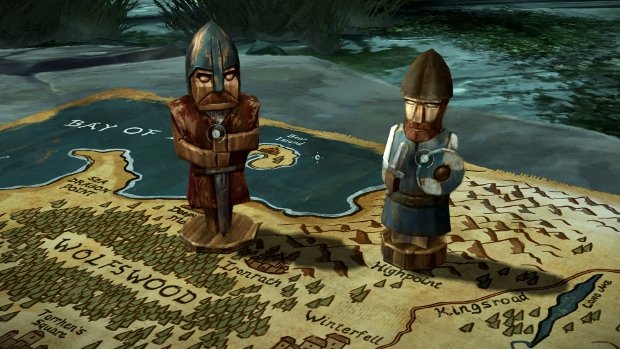 For the first time in the series, I don’t feel like I have made all of the wrong choices. For sure, sacrifices had to be made. Not everybody ended up happy. By some metrics, each of the playable characters is worse off than before.

But as a whole, the group finally has direction. Where the first two episodes took their time setting up the narrative machine, The Sword in the Darkness finally puts that machine into motion. Telltale’s initial promise that each character’s actions will ripple out and affect the others is coming to fruition. I only expect to see that even more with the next episode.