In my review for The Lost Lords, the second episode of Game of Thrones, I lamented that I was making all the wrong decisions and that my version of House Forrester was doomed. With The Ice Dragon wrapping up the series, my prophecy has basically come to pass. I knew it from the beginning: I’m not cut out for Westeros.

Cersei Lannister once famously told Eddard Stark, “When you play the game of thrones, you win or you die.” In that case, I certainly didn’t win. 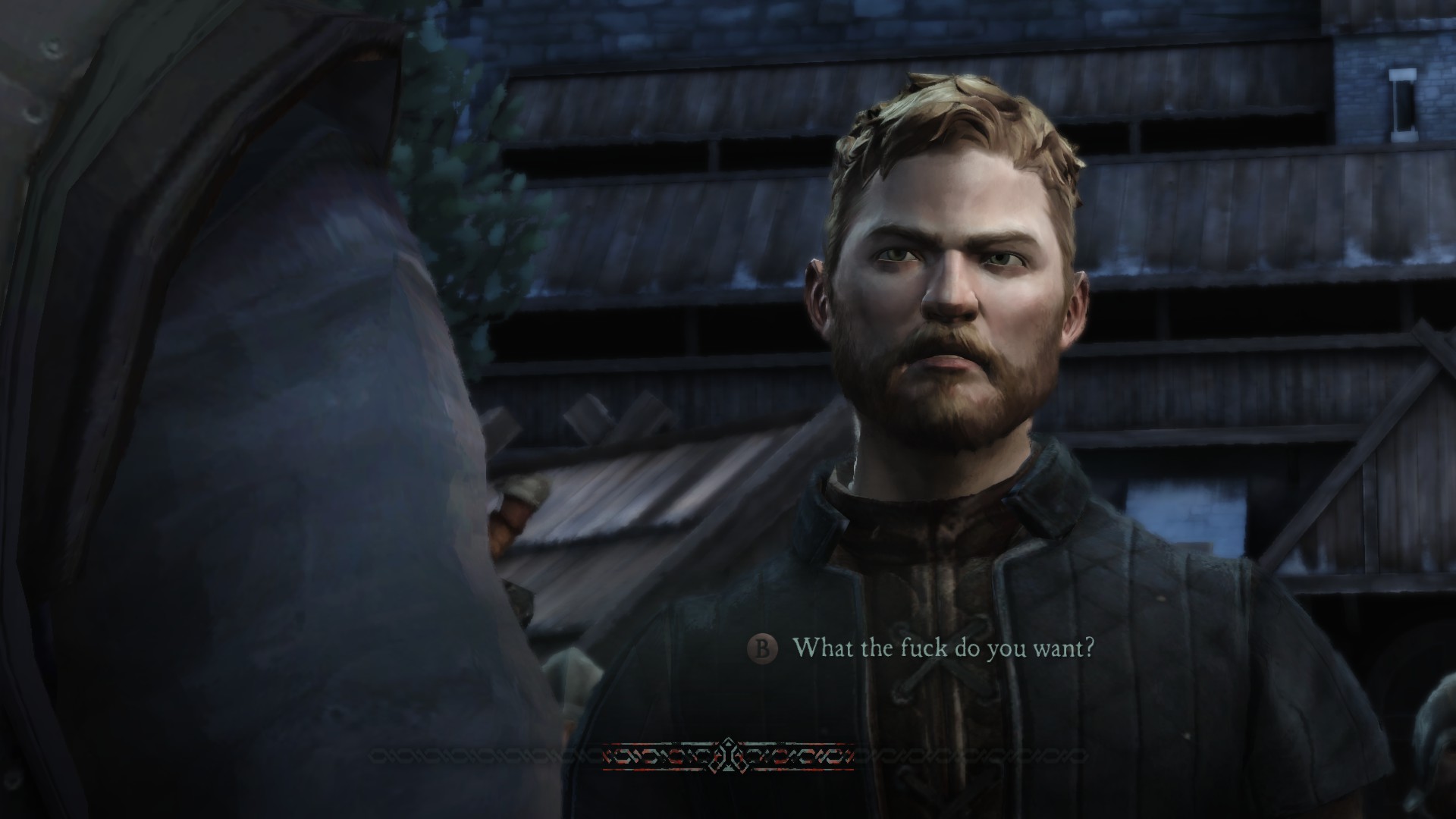 The reason I’m being so cavalier with discussing in general terms how my story ended — spoilers be damned — is that other players might see things play out quite differently. It took the whole season to make good on the promises that we may shape the future of House Forrester, but The Ice Dragon finally introduces significant divergence. Important characters may live or die, depending on not only the choices presented in this episode, but also on those made earlier.

With Asher joining Rodrik and the convergence of those two paths at the end of A Nest of Vipers, more time can be spent on each individual thread. Up north, Gared and company finally make it to the North Grove. Down south, Mira learns who had been conspiring against her. Nestled in the middle of it all is the drama in Ironrath, with the Whitehills mounting up for war against the Forresters.

Gared’s path is probably the most disappointing of the three. After five episodes wondering what the significance of the North Grove is, I was hoping for a revelation when he finally made it. The main concrete takeaway is that it’s important and must be protected, but precisely why is up for debate.

What makes Gared’s journey to the North Grove sting so much as a part of the story of the Forresters is that it feels like he made no measurable impact on any other section. The final recap does hint that he might have been a bigger player in the grand scheme if I had made different choices, but my personal Gared could have been cut from the story entirely and it would have made no difference.

In contrast, Mira’s scheming in King’s Landing is at least mentioned by the characters on the home front. She may not have had any concrete effects on the conflict at Ironrath, but her path still feels important in the overall narrative.

In Sons of Winter, I was so pleased with myself for winning a war of words as Mira. I was shrewd and calculating, manipulating the situation to get exactly what I wanted. Somewhere along the line I lost that slyness and turned into a softie, and Mira paid for it. I can’t say I’m happy with how Mira turns out at the end of this episode, but I don’t think I’d be particularly pleased with the possible alternatives either. 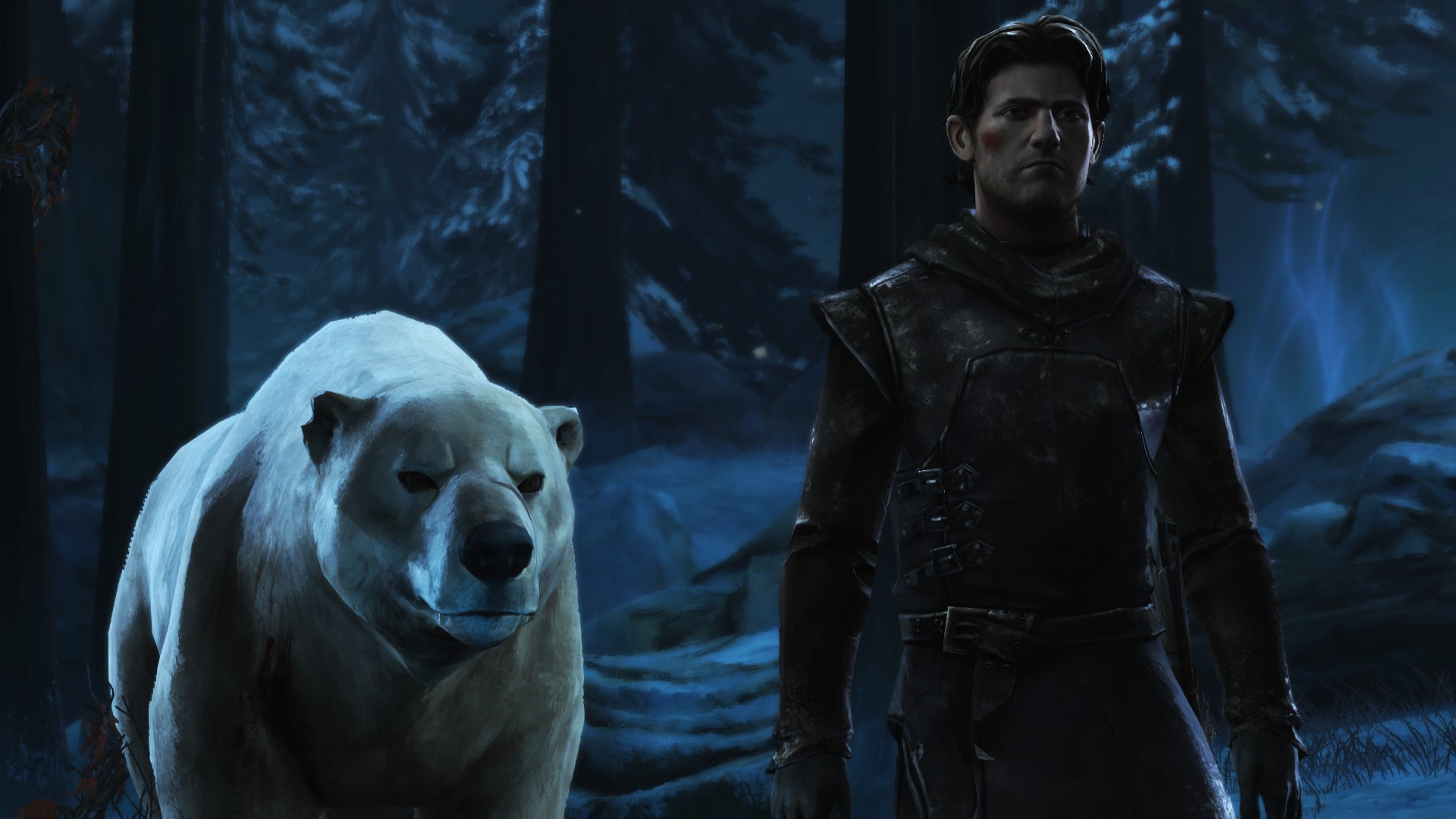 Of course, the main action is at Ironrath, where the Whitehills have mounted up for war against the Forresters. There were hints in this episode at a possible diplomatic solution, but as Asher and his band of gladiators, battle seemed like the most appropriate option.

It fits the universe perfectly, in that in one fell swoop a dozen named characters meet their ends, and the whole time I’m watching in horror, muttering obscenities to myself and wishing thing weren’t the way they are. Valar morghulis: all men must die; fans of the source are well-versed in that concept, but it hurts more when it’s my men dying. 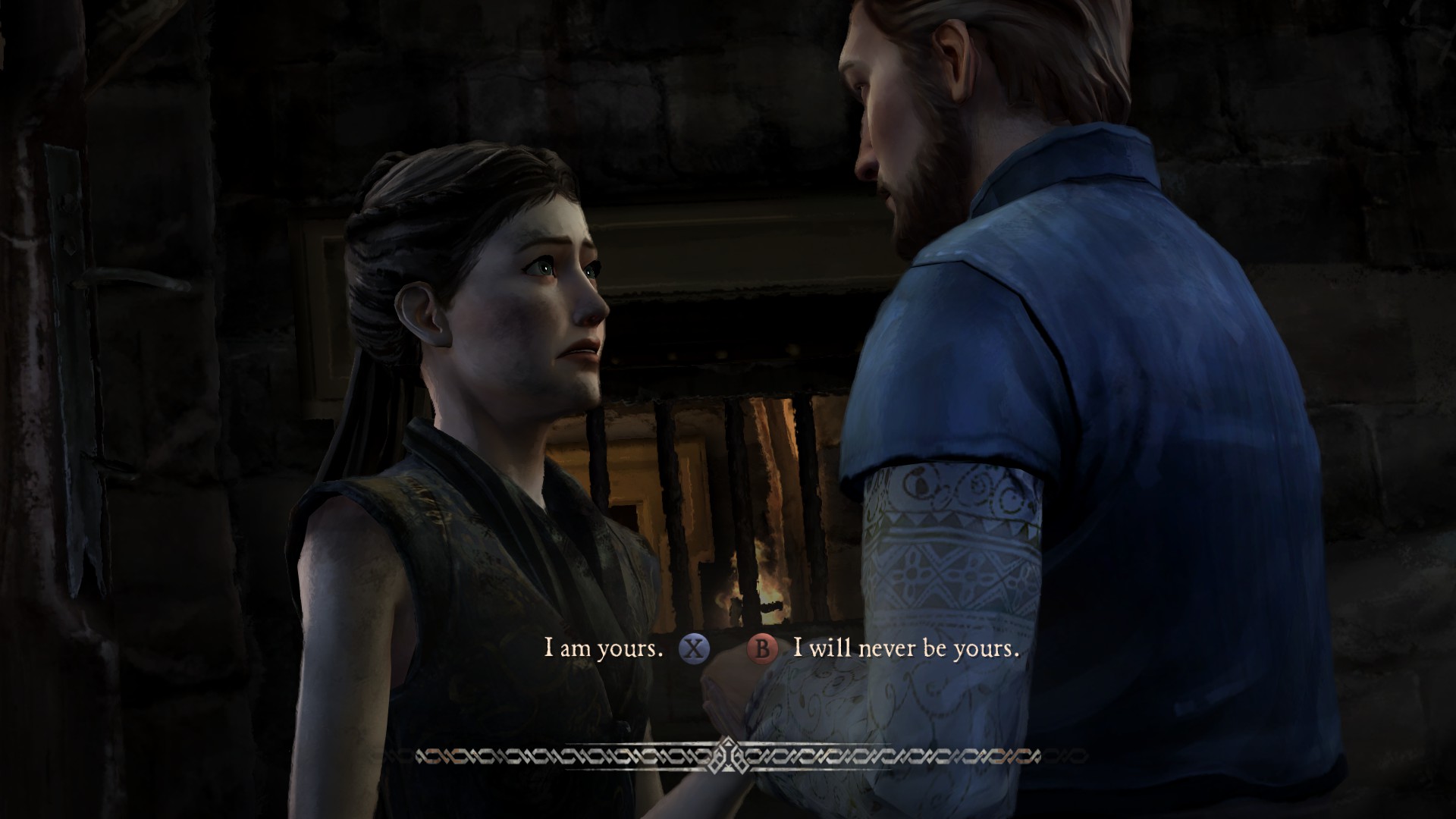 There may still be a glimmer of hope for the Forresters, despite being broken, beaten, battered, and beheaded. The finale leaves a few loose ends open (possibly for a second season), but the family as we have known it is done.

In a way, I’m almost pleased the story finishes the way it does. In Iron From Ice, I noted the similarities between the Forrester clan and the more famous Starks. I realize now that I modeled my Forresters’ behavior after them as well. I fought with honor and I did the right thing, though it eventually spelled my own doom. I can take solace in the moral victory.

The Ice Dragon caps off a year of fretting and worrying. Telltale’s take on Game of Thrones has been spot-on in that regard. Now that it’s over it’s almost a relief, even with a bleak end.