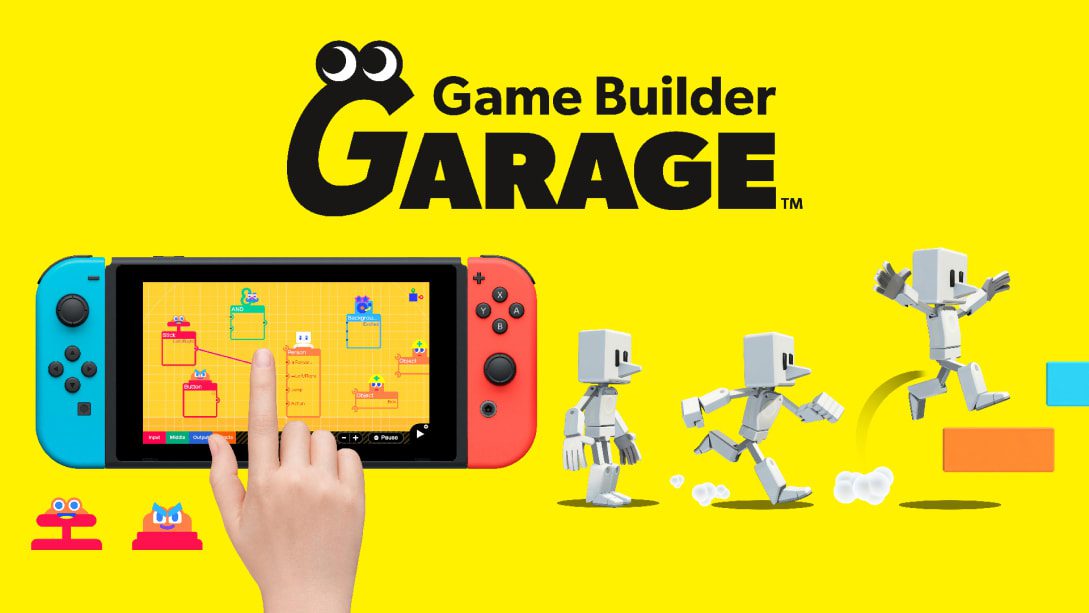 A few years ago, Nintendo made a dream of mine come true when it released Super Mario Maker. As somebody who spent far too many afternoons in his childhood designing levels on graphing paper, it was an incredible feeling to bring those ideas to life. The title reignited the embers of desire for game design within me. I’ve always had that romantic idea of making my own indie title, but it’s something I’ve never pursued because of my complete lack of artistic abilities. Whenever I sat down to read a book on C++, the idea of people mocking my attempts at pixel art would petrify me and steadily extinguish the fire within.

However, after spending a week with Game Builder Garage, I think those embers are starting to smolder once more. 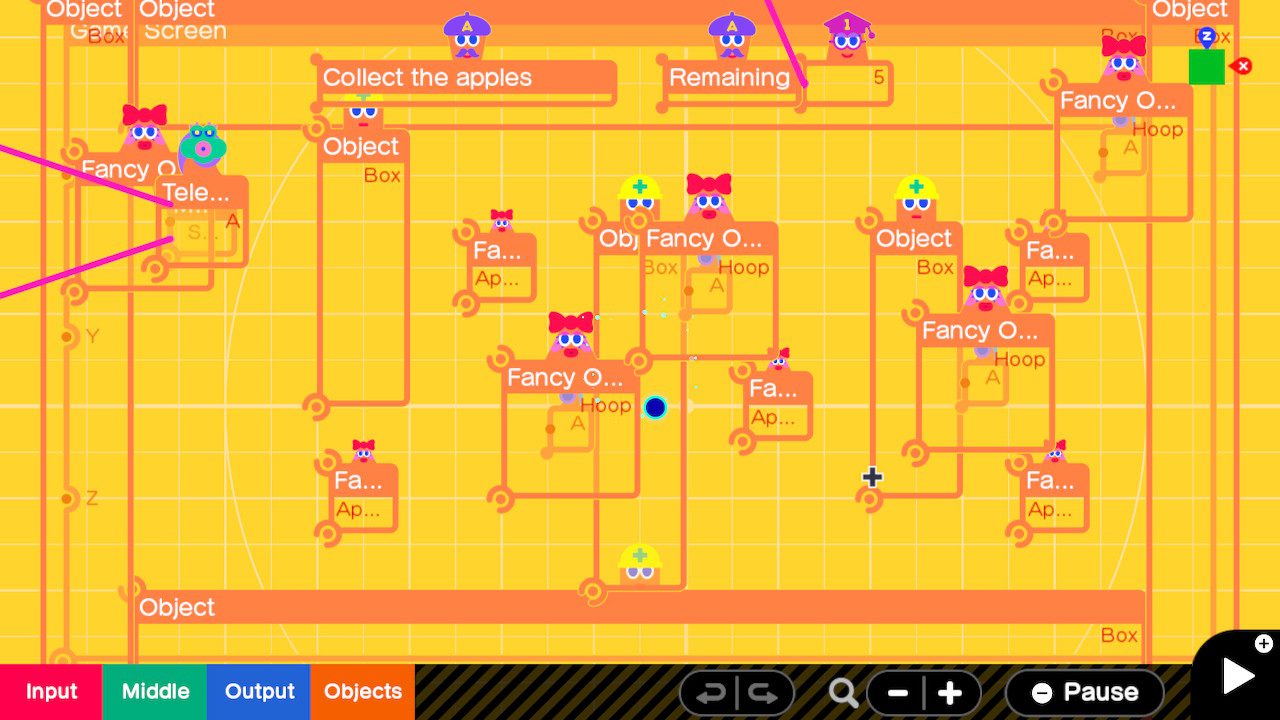 Or an Ice Climber game.

Or a Devil World game.

Or really, just about any kind of game you want. This is another example of Nintendo creating a program designed to inspire your creative side and giving you the tools and training to see your vision through. In Game Builder Garage, those tools are called Nodons, and they’re the key to getting an elementary understanding of visual programming language.

Everything that happens in a game you design happens because of a Nodon. There are four categories of Nodons–Input, Middle, Output, and Objects–that splinter into an incredible array of types and functions. Getting a thorough understanding of how these Nodons interact will allow you to create more complicated games. Not only that but learning the ins and outs of the development process may make you appreciate the work that goes into making your favorite games even more. Because even seemingly simple tasks can require multiple steps to see them come to fruition. For instance, if you want a block in your game to move on its own, you can grab two Constant Nodons from the Input category, connect them to a Calculator Nodon from the Middle category, and attach that to a Moving Object Nodon from the Object category. If that sounds complicated, trust me, Game Builder Garage does an excellent job of guiding you through the process.

You can jump right into making your own game if you have a cursory knowledge of VPLs. If you’re coming into it completely clueless or need a refresher, Game Builder Garage has a detailed tutorial at your disposal. These interactive lessons will guide you through the process of developing seven different games. Each game is created over a series of steps that slowly introduce you to the functions of the different Nodons and how they connect and interact with one another. You’ll learn how to program simple side-scrolling shooters, 3D racers, and multiplayer games.

For as meticulous as the tutorials are, one place they falter is with teaching you why something happens versus teaching you how it happens. A lot of what I learned when creating these seven games made enough sense that I didn’t need further explanation, but often, I would be asked to connect a couple of Nodons without getting detailed reasoning as to why these connections worked in the way they did. To understand that, I had to dive into the various guides, which offer more targeted training on specific Nodons and their inner-workings.

While the training lessons and additional guides teach you the basics, they really don’t crack the surface of the possibilities of the program. In the few days since it first launched, we’ve seen some magnificent levels pop up online that show great potential. But to fully realize that potential, you’re going to have to experiment and trial-and-error your way through the design process. In doing that, not only will you be able to create more unique experiences, but you’ll also get to know the limitations of the program quite well.

Having only spent a week with the title, I don’t believe I know the full extent of power hiding in Game Builder Garage‘s programming language, but I do recognize its glaring shortcomings. For starters, there is no sort of simple object maker included. Can you work around this? Sure, somebody made a Nintendogs game and there isn’t a dog asset in the package. But that’s a lot of extra steps to build something an asset creation tool could easily accomplish. You’re also pretty damn limited on lighting and world environments. There is a Nodon you can use to create pixel art – bring a stylus or connect a mouse via USB for best results – but don’t be surprised if you see multiple games that use only the few included assets. That is if you can find games. 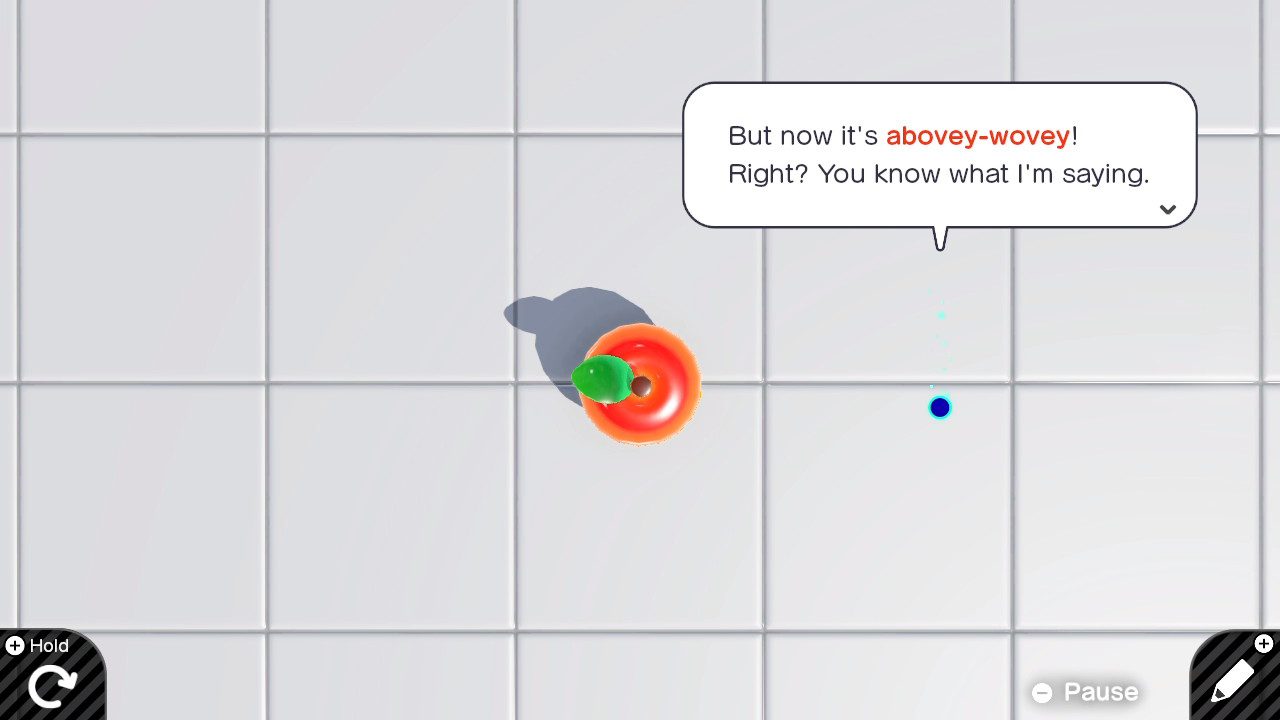 I think Game Builder Garage can be a great tool to inspire the next generation of indie and AAA game designers, but it might ultimately meet an early demise if Nintendo doesn’t add a community feature. Right now, there is no way to share your game with others within the program. Uploaded games are given a code you can give to friends or post to social media, but that’s the extent of it. Fans have, naturally, created their own solution to this problem. But, in 2021, they really shouldn’t have to. Even Super Mario Maker shipped with a community sharing feature, and even if it wasn’t the best at separating garbage levels from those worth your attention, it’s still better than nothing at all.

Of course, the gold standard for game creation tools these days is Media Molecule’s magnum opus Dreams. It’s a nigh-untouchable piece of software that brings together artists, designers, musicians, and hobbyists to create astounding experiences, gaming or otherwise. However, I think Game Builder Garage is the superior program if you’re an absolute beginner to game design. It may not be as feature-rich as you’d like, but it also lacks the unintentional intimidation factor Dreams carries with it.

My jaw dropped when I first booted up Dreams and dove into “Art’s Dream,” an included game made by Media Molecule to show off the power of its creative suite. It is a work of art, and quite frankly, going through it made me doubt myself and what I’d be able to do with the program. I took one look at “Art’s Dream” and thought I’d never be able to create something that exceptional. That sort of toxic thought process slowly pushed me away from even giving DreamShaping the ol’ college try. 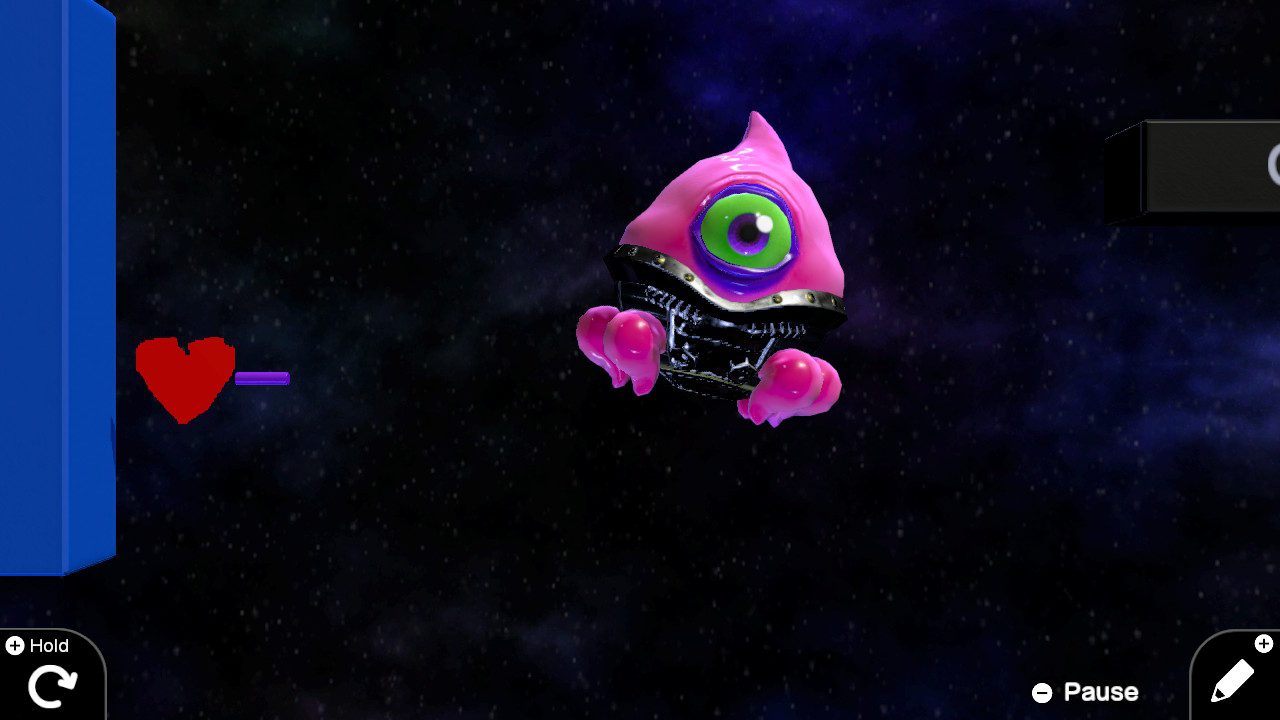 That feeling of self-doubt never materialized with Game Builder Garage because all of the games you make in the tutorial look like crap. Seriously, they all look like mobile games from questionable developers that you know are just riddled with ads and malware. They look so bad they actually stoked a desire in me to prove I can make something better than Nintendo. Instead of thinking I could never measure up, the bare-bones nature of these games only deepened my resolve to see a project through to completion. Will I be able to one day make something superior to Super Metroid in the program? Hell no, but surely, with enough time and effort, I’ll be able to top “Super Person World.”

If you have aspirations of making your own video game but haven’t taken that first step, Game Builder Garage is for you. Just keep your expectations in check. You probably won’t be able to make your perfect game with just this software, but it could provide the creative spark that pushes you to turn your game developer dreams into a reality.