Harmonix is a fascinating case study of a studio.

What was once the “Frequency/Amplitude” developer (this is how I’ll always remember them) eventually made their mark on gaming with the Guitar Heroes series, followed by Rock Band. It’s ironic that the folks that helped start the in-home guitar revolution ended up living longer than their creation, having been the steward of Rock Band for around 13 years now.

But Harmonix has always struggled to move out of the shadow of that success. Games like Fantasia: Music Evolved, while fun, never quite put them on the map. Before long the next Rock Band project would be announced and they’d fall back into a comfortable rhythm.

Fuser tries to do something interesting in that same rhythm space, but like several of their other ideas, it comes up short in many respects. 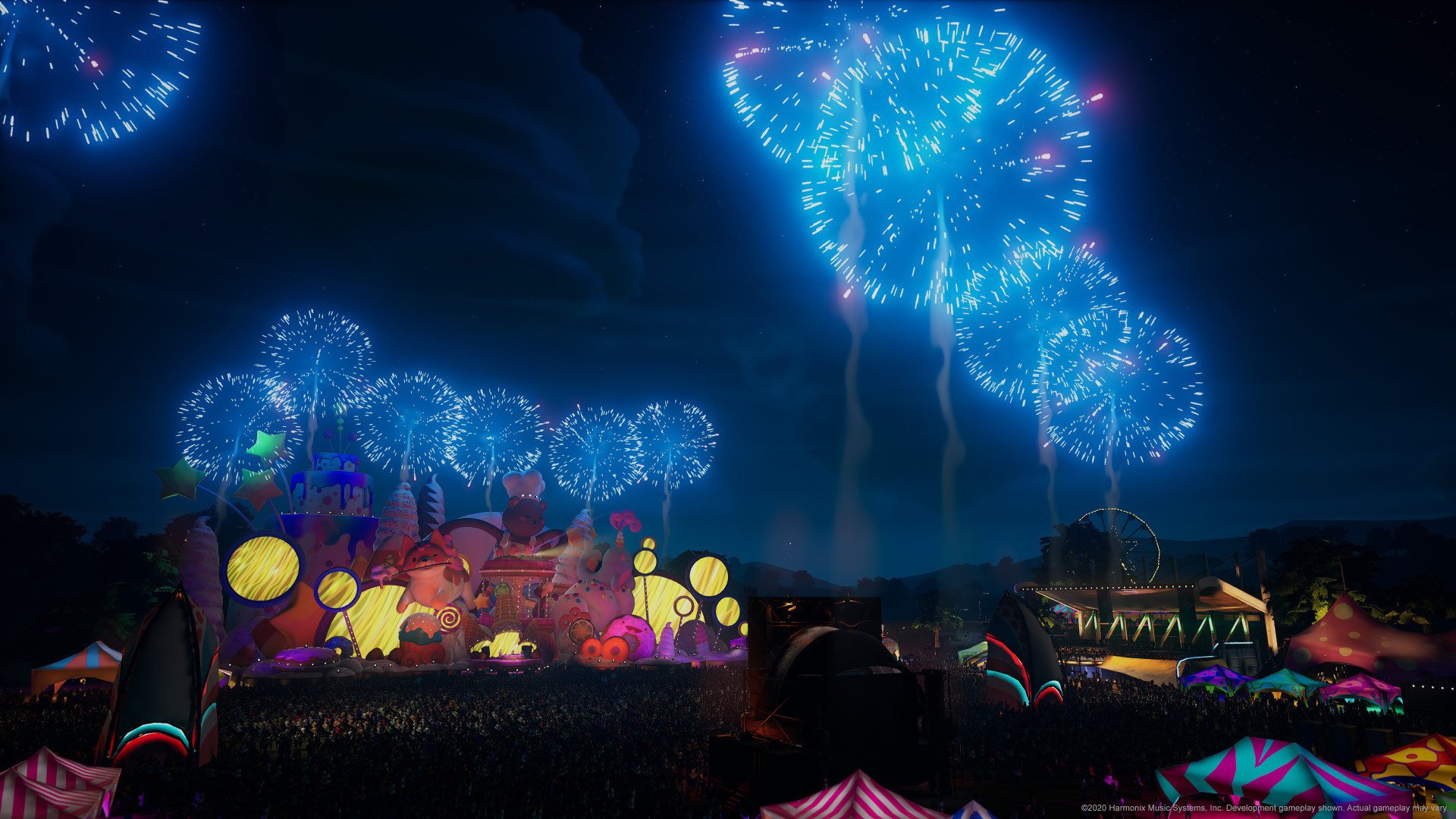 Fuser is basically DropMix: the game. If you dug DropMix and are a diehard Harmonix fan, you’ll most likely want to pick it up right away. For everyone else who missed out on that (now price-slashed) 2017 experiment, you’ll probably want to read further.

Put into the shoes of a world-class DJ, it’s your job to literally mix songs together and drop beats. You’ll do this by way of a “crate” of songs selectable via a menu, as well as four individual “tracks” that you can place bits of each song into: typically drums, guitar, vocals. In other words, you can put the beat of “In Da Club” on next to the vocals of Smash Mouth’s “All Star” if you want. But should you?

Throughout the campaign you’ll learn to pick up a few nuances, like dropping in a mix at the downbeat (read: hitting a rhythm cue) for more points, managing BPM, or dropping any track on any sequence; like multiple vocals. So if you really want, you can live out your dreams of mixing a living duet between Smash Mouth and “X Gon’ Give it to Ya.” You can really tell I mixed a lotta Smash Mouth, right? What am I…scoring a Shrek movie?!

There’s over a 100 songs to mess around with, with a good spread; from artists like Brad Paisley, Donna Summer, Shania Twain and the aforementioned rappers.  You can buy more through a non-working (at the time of publication) online store or in-game currency (or as DLC); but Fuser will always provide you with “crates” that are enough to skate you through each campaign level. That’s essentially it: that’s the game.

Fuser‘s story will run you through several different settings, all of which put a slight spin on mid-song requirements. Audience members might ask you to trigger a track from a specific time period (like the 2000s), a genre, or an artist, and you have a certain amount of time to fulfill that request.  It’s fun for a bit, especially once you realize that you can drop into specific parts of the song if you follow the track bar at the bottom of the screen. I did notice one possibly Switch-centric issue (the only version I was able to test) in portable mode, though: sometimes the game would slightly hitch, which is a problem for a rhythm game.

Freestyle (with co-op) and battle modes will also help propel you along once you’re done with the campaign. Freestyle is really the winning formula here if you start to become enamored with Fuser, as there’s no limitations or timers here. You just use whatever songs you’ve acquired and try to make the coolest (or most off-putting) song you can. I can see this bit becoming popular for a while as players share their mixes.

Fuser does what it says on the side of the box, but there could have been a more compelling foundation to keep you going past the point where it feels like you’ve done it all. Which, in this case, can be quicker than a lot of other rhythm games.

Is the plastic instrument industry dead? I hope not.