More of the same, but still the best

As I finish this review, English Premier Division side Tottenham Hostspur, managed by Andre Villa Boas, sit fourth in the league, despite some inconsistent performances. In Football Manager 2014, Tottenham Hotspur, managed by myself, are just inside the top half of the table and are lucky to still be involved in the Europa Cup.

Videogames often criticized for being power fantasies, letting players live out unlikely dreams of being heroes and warriors. Football Manager doesn’t do that; it overwhelms you with information and makes you eat all drunken armchair punditry you’ve spewed whilst watching your favorite team. No, you couldn’t do a better job and Football Manager 2014 is going to prove it. 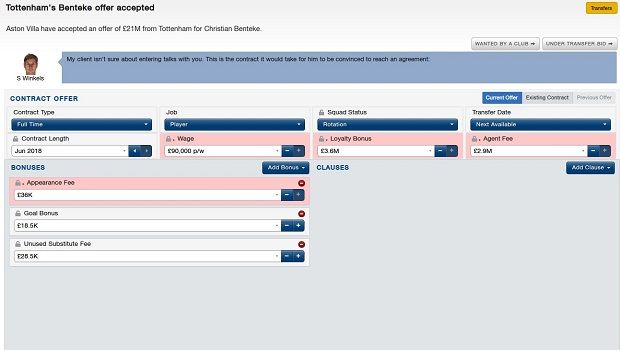 Let’s start of by admitting that no review of a Football Manager 2014 game can ever be truly comprehensive. Never mind people may be playing Call of Duty all year until the next one comes out; that is most definitely the case with Football Manager games. There’s entire seasons to be replayed and managerial dynasties to be cemented all within 12 short months. Dedicated players will already be scouring the massive talent database looking for new stars and the optimal strategy in building them into genuine talents. For a fairly novice player like myself, such hardcore strategy is beyond me but I will still try my best.

See, Football Manager’s statistics-based approach never appealed much. Football was never a stat-based game in my mind and it’s only in the last few years that statistics have taken a larger role in football coverage. I blame in-play betting, along with Ray Winstone’s disembodied head (indeed online gambling site Sky Bet are very prominent in the game). Getting your head around the numbers Football Manager will throw at you is key as there’s a lot of them.

For those of you not in the know, or have no idea what you would do in a videogame titled “Football Manager” then it’s quite simple: you’ll take the role of a newly appointed manager at a football club and you’ll use your footballing acumen to guide them to success. There are a huge amount of domestic leagues available, spanning Europe, North and South America, Africa, and Asia. The rosters are very up to date as you would expect from a game that’s being released a few months after the transfer deadlines have closed. 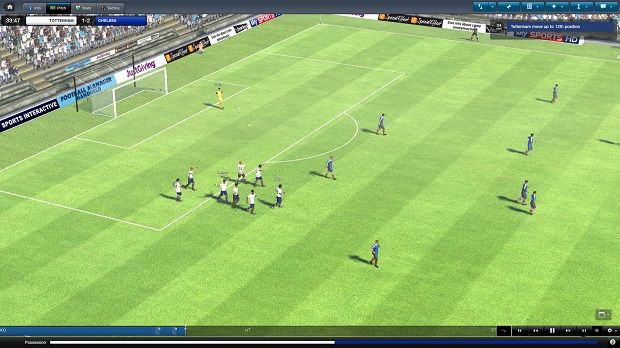 There are two main Career modes to choose from: Football Manager and Classic. The former is the real deal, fully simulated to the smallest detail, whilst the latter is a much more streamlined mode that will get you into the tactical side of a match whilst automating a lot of the backroom and financial details. If you’re a newcomer to this type of game, then you have to play it first, as the sheer amount of information you’ll encounter at the start will be overwhelming. You’re asked to allocate scouts, watch the reserve team play, attend contact negotiations all before you even take charge of a competitive game. The type of decisions you’re asked to make border on the asinine; what effect will having your groundskeeper increase the pitch actually have on a match?

Classic mode will ease you in by taking control of a few extra things; you can set your assistant manager to oversee training sessions but you can still decide whether you want to focus on skills, fitness level, or a balanced training regime. The general running of the club is also largely taken out of your hands, however contract negotiations are still in your hands. Loan deals for players and the long- term running of the club is up to you but it’s a lot less intimidating. Football Manager mode will give you control over the whole running of the club and it’s key that you pay close attention to your club’s finances; you can’t just go out and throw money at Barcelona until they sell you Lionel Messi, no matter how tempting it may be.

So what has changed over the last year? It’s more of a case of general iterations on well established features. The 3D match engine is a fairly new addition to the series but looks better than previous versions; stadiums are neatly represented and there’s an effort made to make Old Trafford appear a bit nicer than the Slovenian team you play in the Europa Cup. Animations are varied if a little stilted and by showing you highlights, you get a better idea of how key moments transpired in the game. Whilst the match engine doesn’t come anywhere near as close as the latest versions of FIFA or Pro Evolution Soccer, it doesn’t need to be. You’re looking for tactical insights, such as realizing too late that Eden Hazard is completely dominating the wings and contributing to all five of Chelsea’s goals in your match (grrrrr…). 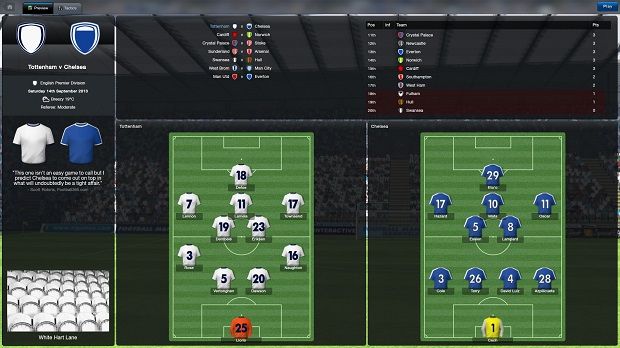 The enhanced media and board room interactions are still fairly easy to navigate through. You’ll find that there’s restrictions placed by the board that will help you keep transfer negotiations fairly easy to understand. Dealing with the media is simply a matter of responding to questions either pre- or post-match, remembering that your responses will have an effect on the players. In Football Manager mode, you can take man-management to a much deeper level by giving individual players a unique team talk. Often it’s hard to know how best to motivate a player that’s not in the right headspace; you can read why their unmotivated and unhappy but it’s hard to know what the right things to say to get them out of their rut; do you challenge them, berate them, or calm them?

During my playthrough there were a few annoyances, like offering a scouting report on Real Madrid, two days after they beat my team 5-0, or praising a keeper for having a clean sheet when the final score in the game was 2-1. I had one cup round where an opposition player who scored his own goal and missed a penalty was named Man of The Match. None of these were a big handicap but it shows that there’s still some work to be done on making the game fully responsive to all the possible scenarios and believable. It also seemed strange that, whilst understandably upset about heavy defeats in the league, the fans would be very positive about a young, unknown player going out on loan.

Football Manager 2014 is at its best when you see your tactical changes work during a match. One goal down, I decided to adjust my formation making it more attacking focused. I also changed my corner kick routines so that certain players would be picked out. Two quick goals later and suddenly I felt like I was Jose Mourinho. Likewise, sometimes it’s not clear why your tactics are failing; countering your opponents’ strengths and having realistic challenges can only get you so far. 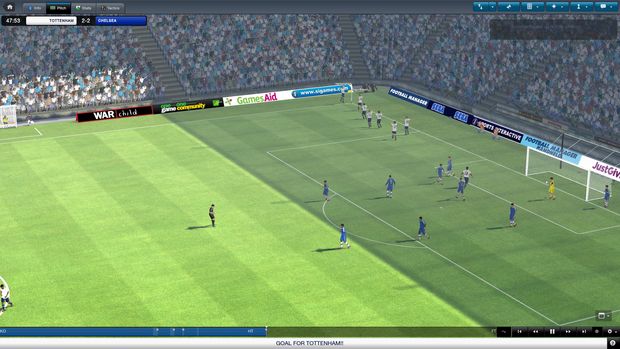 What Football Manager needs to do as a franchise is make it much more approachable to new players. The tutorial system just points out what each you need to do to progress in each game but some kind of interactive tutorial that could take you through the first weeks would be welcome. As I mentioned earlier, it’s hard to get an idea about what effect certain decisions will have on your club’s future. Money can be frittered away very easily without seeming to have a positive effect on your team’s performance.

As I mentioned earlier, this year’s edition is building on what was already established; it will please longtime fans and keep them engaged as Football Manager 14 gives them all the depth and options they would want. There could still be more done to ease new fans into the series but that will maybe have to wait until next year.