When Final Fantasy XII came out, I witnessed an interesting perspective in regards to initial praise — the MMO crowd loved it, given that it takes multiple cues from the online-only Final Fantasy XI. It was a triumph in many ways with its open world combat flow and groundbreaking (at the time) AI-manipulating gambit system, but many of those advancements were reverted for XIII.

The weakest part in my mind was the narrative, focusing on the young sky pirates Ashe and Vaan, framed around a loose adaptation of “insert kingdom struggle drama here.” That obviously hasn’t changed much with the Zodiac Age remaster, but XII holds up far more than many other modern RPGs. 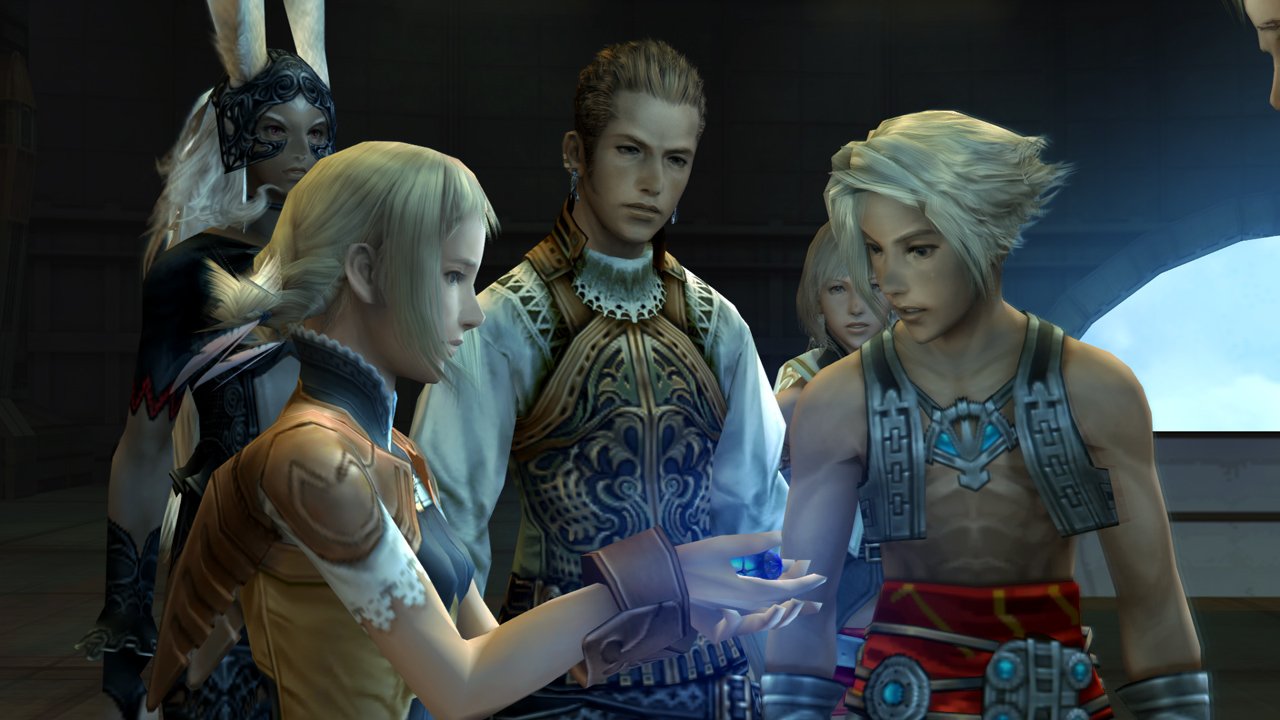 Final Fantasy XII‘s early focus on shonen characters still hurts it to this day. I don’t mind that style in general, but in XII it feels like you’re mucking about in the streets of Rabanastre with Vaan and Penelo for ages before you meet any interesting characters. By the time that happens you’ll come around to better, more rounded cast members like Fran and Balthier, but compared to games with almost wholly likable casts like IV and VI, it’s lacking.

XII is more grounded, which I can appreciate to some degree. Much of the story is based around political intrigue, which runs the gamut of situations where you’re not so much confused, you just don’t actually care what happens. By the time one of the main plot reveals rolled around, I felt like just comically replying, “dude, I know.” Ivalice is a beautiful place, but its inner workings were showcased better in Tactics and Vagrant Story.

While auto-attacks play out in the background you’ll be controlling every party member’s actions when the Gambit (AI) system that you program isn’t doing it for you. Swapping around to each character is a refreshing change of pace given the “you’re only responsible for one” motif of XIII and XV, and in many boss encounters it makes for a more tactically inventive and rewarding game.

A lot of that variation comes from the massive license board, which takes a page out of the (fantastic) Sphere Grid from Final Fantasy X, bringing in an almost dungeon crawler-like progression to XII. It looks like a literal chessboard, and upon earning LP you’ll dictate what direction you head in and what abilities you pick up. Sometimes I’ll spend minutes at a time staring at it and figuring out synergies between characters, which is only a good thing in my mind.

Gambits are the real star of the show. As a sort of basic programming language you can dictate what your party does, like “throw up heals when I’m at 50%,” or even delineate what specific type of heal that entails. It was an amazing feature in the original but with the expanded job system (more on that in a moment) it’s even more fitting in The Zodiac Age. Tinkering with gambits is enjoyable as hell not just because they were so expansive and ahead of their time, but because in the end, you still have full control of your party. In other words they’re never maddeningly restrictive.

As a remaster it ticks pretty much all the boxes for every crowd — Japanese/English audio, original or re-orchestrated music, a speed multiplier (with an x2 or x4 toggle) to make running about the field or combat go faster. You can fast-forward from the moment you gain access to the tutorial/prologue actually. Comically fast. Make for some funny speedruns.

Not everyone is going to want to speed through it though as there’s so much to do. That “Zodiac” bit in the moniker isn’t just some dumb Square Enix naming convention, as this remaster is built off of the foundation of the international version of the game, which includes extra content. Most notably, the International Zodiac Job System.

Now players are offered the chance to assign any party member an expanded job (of 12), which have their own licenses. Previously you could only choose one, but the remaster upped to two after unlocking a specific node. As a huge proponent of the job system and the level of customization it provides (on top of Gambits), I like this change as it allows you to guide each character’s personality to how you see fit and further roleplay beyond stat min-maxing. 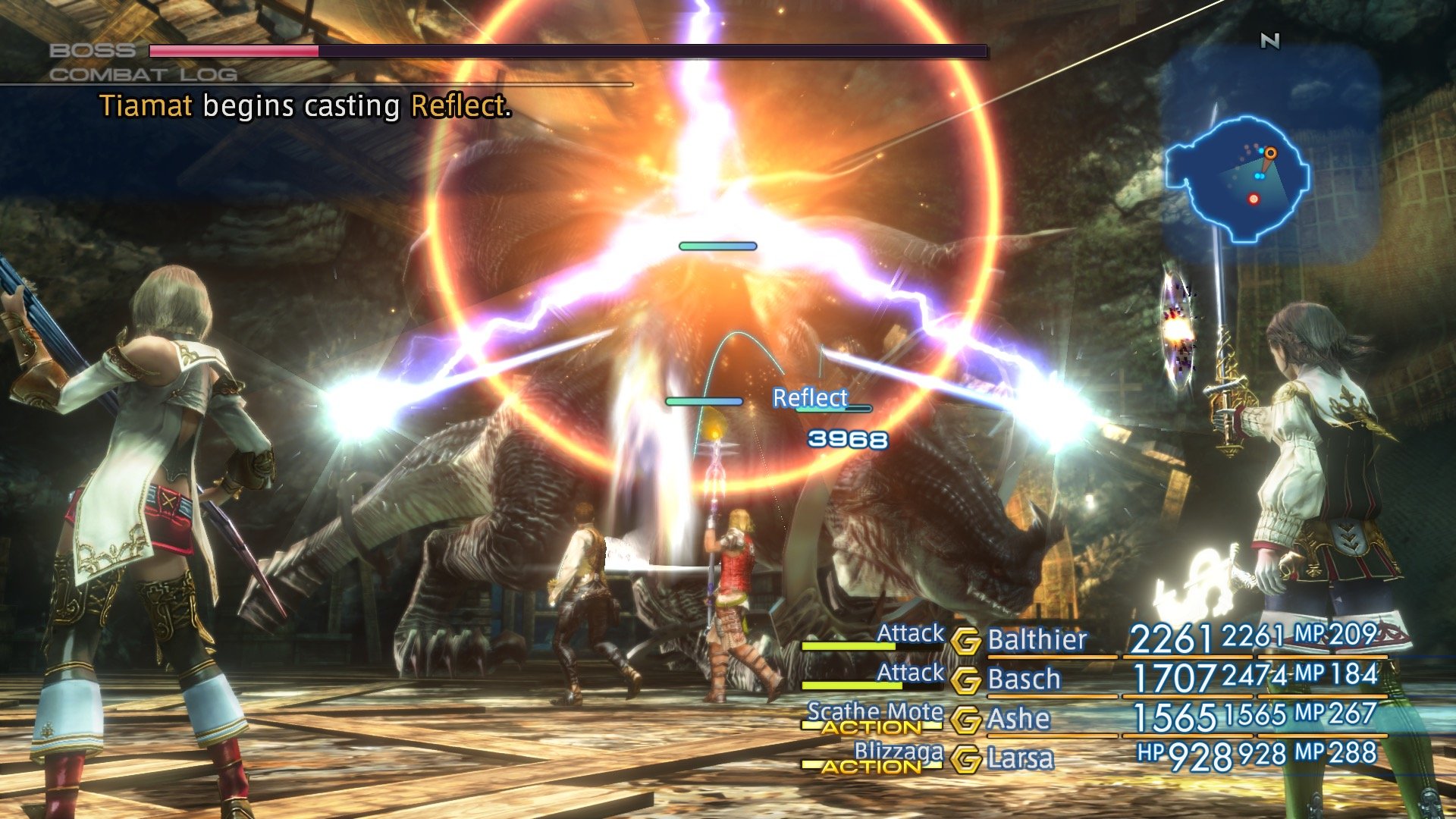 It’s easily the biggest improvement, but there’s also a number of tweaks that make combat more engaging as well as other stuff to do once the credits roll. The fast-forward feature was even a relic from the Zodiac edition, as is the included trial mode, a collection of 100 challenges, and two New Game+ modes (strong and weak, which offer their own advantages or disadvantages).

Final Fantasy XII: The Zodiac Age, despite my misgivings, is a triumph that still holds up all these years later. Modern conveniences like upping the tempo of combat are far more valuable than the new coat of paint, and despite a slow-going narrative it’s a blast to just roam the open countryside, mess around with Gambits, and go on hunts. Slowly but surely XII has wormed its way into my heart — it only took 11 years.