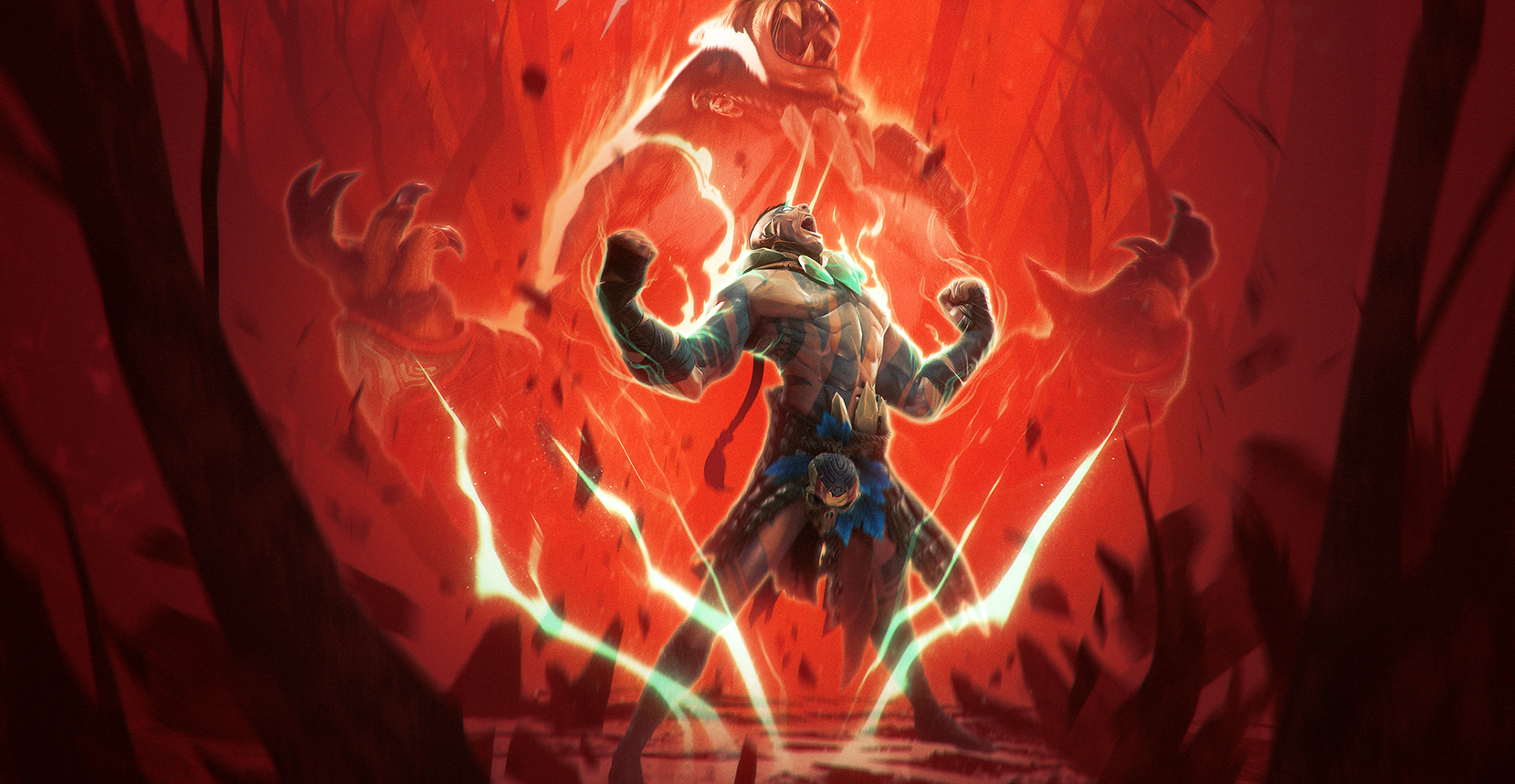 VR has yet to find its mass-market stride. The HTC Vive marketplace is still a wretched hive of scum and Unity demos for the most part, and Oculus, while providing a stronger gaming catalog right now, hasn’t really sold people on the idea of spending hundreds of dollars on a headset.

Yet with each passing month more publishers are buying in, getting on board to create system-selling experiences like the recently-released Feral Rites from the respected Insomniac Games. Rites is definitely not a system seller though. 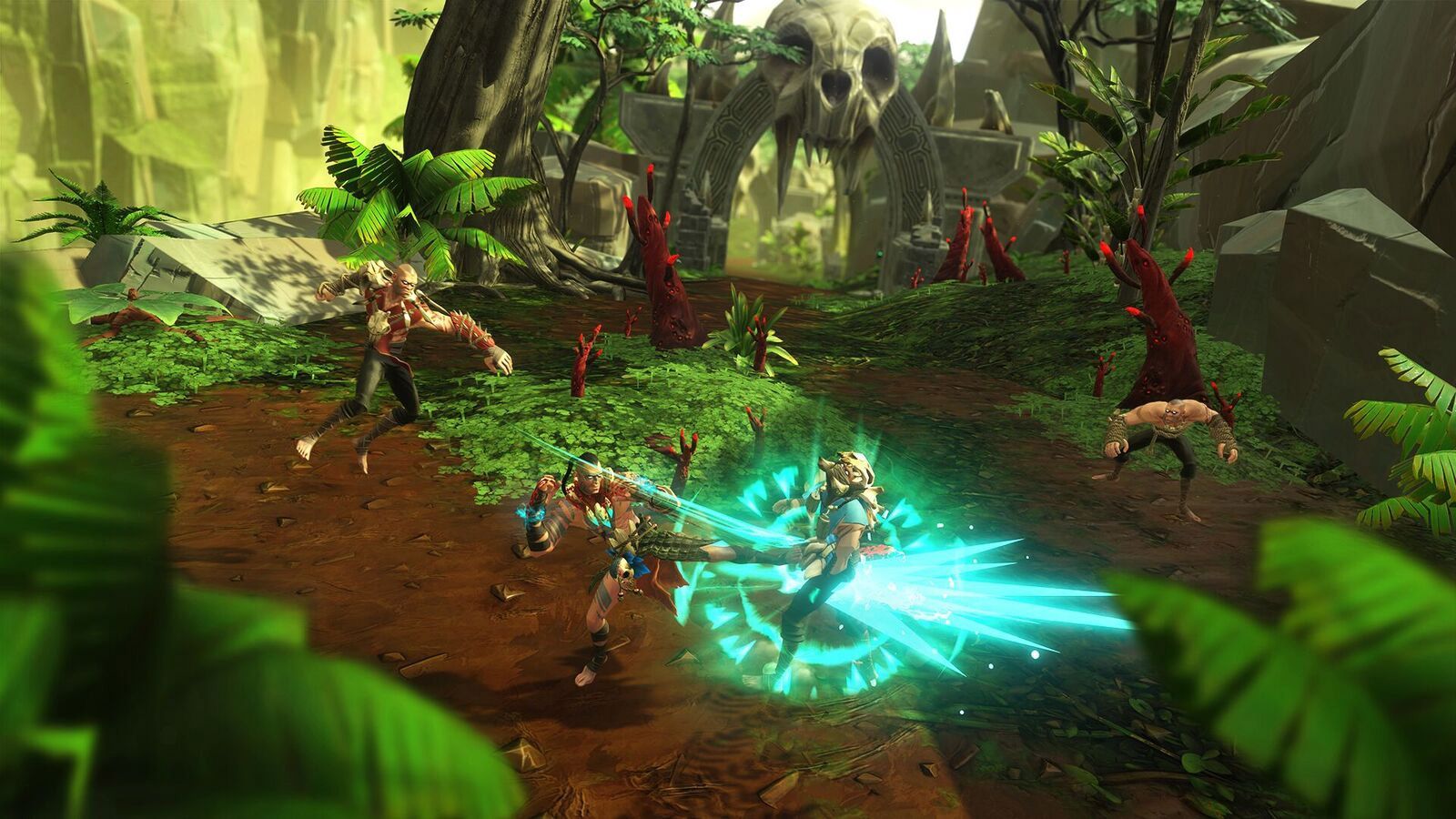 Feral Rites thrusts you into a familiar tribal setting, right after your priestess has been murdered and an unknown shadow force causes disarray, placing your (male or female) character into the crossfire. Despite the generic setup and the wooden delivery, the cool cave-painting-style intro shines as an example of the power of VR as a storytelling medium. I have zero investment in the world they’ve created (I can’t recall a single character’s name off-hand), but the way it looks is stylish. Another weird fun fact about Rites — there’s a few dope hip-hop-inspired musical tracks peppered in that wouldn’t feel out of place as a beat on a Handsome Boy Modeling School album.

This is another one of those what I call “diorama VR” games, where you’re looking down into a little world. It’s something so unnecessary to the point where you can technically play the game on the little window that appears on your PC, but I dig this new approach, and I have since the launch of consumer VR. Having to lean to look around a branch that might be dangling in front of the camera sounds like a nightmare to some, but it’s something new that the genre hasn’t really given us before, and a quirk that’s unique to the medium. After playing games for over two decades, I welcome stuff like that.

Yet, Insomniac didn’t bring its A-game here. Rites devolves quickly into a mash-fest with a lot of caveats and qualifiers. The idea of explaining away why a character can’t swim isn’t new (it’s piranhas here, haha, though you can circumvent this in several ways), and doesn’t do a good job in shooing some halfhearted design decisions. That goes for the world too, which is semi-open (enough for a brawler at least), but segmented by little blue lines on the ground that sometimes gate players unless they’ve cleared each room — or, swap the camera angle in a weird way every few seconds.

Feral Rites takes a simplistic approach to combat as a two-button (light and heavy) game, with blocking and timed counter-attacks. There’s a light combo system but it’s fairly weak outside of a responsive roll mechanic, as you only need to rely on several winning abilities. The physics system also doesn’t really allow for satisfying juggles or group combat situations, and the air dash is pretty pathetic — yet, the action is elevated by the occasional bit of goofiness. Foes are often sent flying by strong attacks, and satisfyingly smash into a wall in a comic book-like fashion, sometimes losing chunks of their armor in the process.

“Execute” maneuvers, earned after amassing [a relatively easy] 100 combo points, bring to mind fond memories of the first few Mortal Kombat games and Pit-Fighter. The same goes for the shape-shifting ultimate mechanic, which even has a purple meter like Devil May Cry‘s Devil Trigger (as unoriginal as this mechanic is after God of War mostly killed it, I do like that you can toggle it here and that you get armor from it).

Even on hard mode, you don’t need to delve too far into the equipment (and subsequent gear enhancements) systems, nor do you need to seek out all of the collectibles on the island. No, you can mostly just get by using the same combos, and even though the game constantly tells you variety is key to earning executes, you can still just get them through brute-force methods. Part of the onus of these shortcomings lies within the AI, which are a mix of nonspecific goons or archetypal “lightweight and bruiser” models.

Feral Rites ends up coming across as a budget Bloody Roar beat-’em-up that’s not actually budget priced and clocks in around 10 hours. If it was multiplayer (another base issue with VR) and had a more encapsulating setting, I would be more on board with it. The cartoony, arcade brawler subgenre isn’t as prevalent as it once was, and I saw flashes of classics like Fighting Force in this project that brought a fleeting smile to my face.

If you really want to see what Insomniac can do with VR so far, stick to Edge of Nowhere