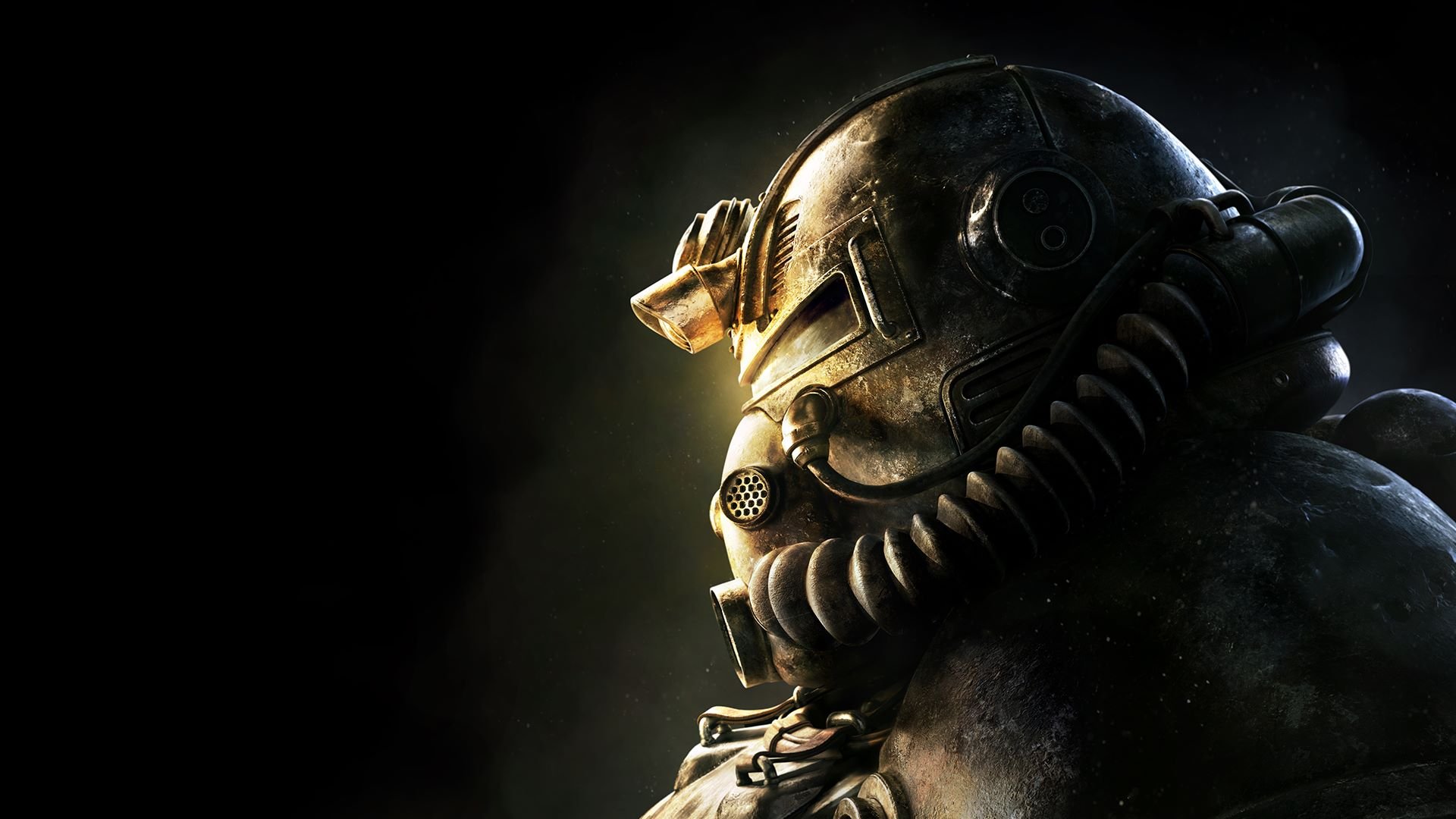 I found myself thinking about Chinese Democracy a lot as I slogged through Fallout 76. Remember Chinese Democracy? It was that long-awaited Guns n’ Roses album that many assumed would never actually release. Years after the heyday of GnR — decades after Appetite for Destruction and Use Your Illusion I and II, and long after Slash, Duff, and Matt were gone — Axl finally got his shit together and released Chinese Democracy.

It sucked. Critics mostly panned it, and GnR fans disparaged it even harder. It was not a good album, but, more importantly, it wasn’t what people who loved GnR wanted to hear or were used to hearing. An artist’s current works will always be compared against the standard of their past works. That’s an inescapable inevitability of the way we process quality.

Fallout 76 is the Chinese Democracy of video games. It’s subpar in most ways, but it’ll forever carry the burden of being egregiously offensive to anyone who claimed to adore Fallout in the first place. Fallout fans will wistfully remember the old times, much like GnR fans, and wonder if another Fallout title will ever recapture those good memories — because Bethesda has clearly forgotten what made those games special.

At least Chinese Democracy never locked up your CD player, forcing you to turn your car off and on again before continuing down the road.

Fallout 76 is Bethesda’s take on a multiplayer Fallout game. From a narrative perspective, we’re here because we were residents of Vault 76, which is home to the best and brightest citizens who are tasked with revitalizing the Wasteland after the nukes drop. Fallout 76 never again really touches on this thematic premise. No part of this game concerns itself with starting life anew.

That, ironically, is fitting because the West Virginia Wasteland is so desolate in terms of other players. The map is absolutely huge and the servers can only host 24 concurrent players per session. Even though you know other players are there, you rarely see them. It’s lonely for solo wanderers.

This renders a major concern to nothing more than a mostly moot point. Fallout 76 handles its PvP combat in an unnatural way. Players can just shoot at anyone, slowly chipping away their health. The only way to engage in a proper deathmatch is for the other person to return fire. People were worried this would lead to all sorts of griefing. Not the case at all. This implementation is such a pain in the ass that, in my experience, no one even bothers. Coupled with the fact that everyone is so spread out, there aren’t even that many opportunities. I haven’t been shot at since the beta.

However, other players can make it tough sledding in an inadvertent way. Fallout 76 has a nasty habit of spawning high-level enemies if a high-level player is in your vicinity. So, you might be level 15 and just trucking along when you’re ambushed by some level 60-something wolves or super mutants or surprisingly-nimble biped robots. Only a fool sees those fights through. They’re usually death sentences.

There are balance issues like this all throughout Fallout 76, but this highlights a broader frustration: It’s tough as hell to survive in post-nuclear apocalypse West Virginia. Or, rather, it’s tedious as hell. Fallout 76 is relatively light on its survival systems, really just requiring you stay fed, hydrated, and healed while also staving off any diseases you might contract.

Because of this, it’s necessary to lug around food, water, and meds — enough of each to remedy any given situation. They take up valuable inventory space which is literally always at a premium. Guns and armor degrade and break, so you’ll have to carry backup equipment. And, you need room for all the junk and scrapped supplies you acquire along the way.

There are a couple net effects to the constant inventory restrictions. First, anyone without masochistic tendencies will immediately beeline toward a Strength build. It’s not really viable to keep a low Strength stat. Second, you spend a lot of time in the inventory menu performing a mental triage of what’s expendable and what’s not. Fallout 76 keeps you over-encumbered so often that you’ll find yourself dumping stuff on the floor just to get back under the weight limit. I finished a late-game quest that awarded a rare missile launcher. It put me 40 lbs. over my carrying capacity with no quick way to free up space. I immediately resented that missile launcher.

This inventory juggling is at direct odds with the single most identifiable theme of Fallout 76, which is to take everything that isn’t bolted down. Fallout 76 encourages nonstop pilfering in order to craft equipment and build a home. But there isn’t enough space to effectively accomplish this. Each player has a permanent stash that can store 400 lbs. worth of items. (Bethesda is raising this limit to 600 lbs. on December 4.) It’s not nearly enough. Everyone is brimming with stuff and nowhere to put it. It’s dispiriting to play this game the way it funnels you toward playing, only to put yourself in the constantly uncomfortable position of needing to ditch things that seem valuable.

Base building might be the most novel thing Fallout 76 has going for it. Each player has a portable camp they can theoretically transport anywhere on the map. Ambitious wastelanders can build themselves sprawling fortresses with multi-level homes, self-sustaining farmland, and a turret defense system. I never felt the need. Bethesda’s building tools are too finicky and cumbersome to bother with. I built myself a humble little base with some crafting benches and a bed to sleep on. At some point, the servers lost that data and reset my camp as if I had never touched it at all. I was irked. I can’t imagine how I’d have felt if I dumped actual time and resources into making a base I could be proud of.

Rather than dwell on the new, I played Fallout 76 in the way that I play all Fallout games: Exploring every location I came across, meticulously scouring every last corner for supplies, and reading up on as much lore as I could find. There were perfect moments where the frustration melted away. There were times where Fallout 76 squeezed the endorphins out of my brain in a way that quelled all the mounting issues, at least temporarily. Fallout 76 can feel like Fallout at times and that’s a delicious comfort food.

It can’t consistently deliver that feeling, though. The main narrative-driven quests spend far too much time ambling along without any real urgency. Things pick up maybe 80 percent of the way through the story. Most players who get that far won’t be invested because they want to see the narrative through; they’ll be invested because they already sunk this much time into it, so they might as well finish.

Fallout 76 also has bizarre difficulty delivering interesting locations — something the series has excelled at in the past. A lot of the places seem like sound ideas. There’s the Charleston Capitol building, complete with politicians’ offices and a DMV. There’s a futuristic city that’s run entirely by robots. There’s a sprawling high-end hotel that houses its own shopping center. All of it promising and ripe for exploring.

But there’s rarely a payoff. Most of these places are strangely empty and devoid of most anything that truly qualifies as fascinating, at least by Fallout standards. There’s exactly one location that held my interest for good, and it’s at the very end of the story. Fallout 76 is so hellbent on making players build their own gear that it hardly ever rewards exploration with unique weapons or armor. You’ll fight through swarms of enemies just to find some medical supplies and a bunch of junk. It comes at a real cost to the world building.

Most disappointing, however, is that I never felt as though I left my mark on this world. Fallout 76 strips human NPCs out, instead opting to have all the other real-life players as the only signs that humanity persists. Every quest chases tragedy. Most objectives amount to nothing more than fulfilling a dead person’s last wishes.

This is why Fallout 76 fails as a role-playing game. Its design prevents anyone from carving their own path. There’s no good or evil. There’s no dialogue interactions to manipulate. There’s no irredeemably messing up and living with the consequences. You’re just a guy who can carry a lot of (but not enough!) stuff.

Lastly — yeah, there are technical issues. On Xbox One X, I experienced: crashes to the Xbox’s home screen; crashes that required rebooting the console; server disconnects (at very inopportune times); significant, frequent, and debilitating frame drops/stutters; quests that tracked incorrectly leaving me perplexed as to the next objective; all sorts of things glitching through the environment; phantom bullets that somehow missed the target even though they definitely shouldn’t have; and loud, random repeating gunshots following me everywhere until I left the server. I’m sure I’m missing a bunch; those are just off the very top of my head.

There’s no sugarcoating it: Fallout 76 comes up short at nearly everything it aims to be. It’s not a good role-playing game and it’s not a good multiplayer experience. It never really feeds into the gradual RPG power fantasy but it’s also inadequate as a survival simulator. In wanting to be so much, Fallout 76 doesn’t amount to much at all.