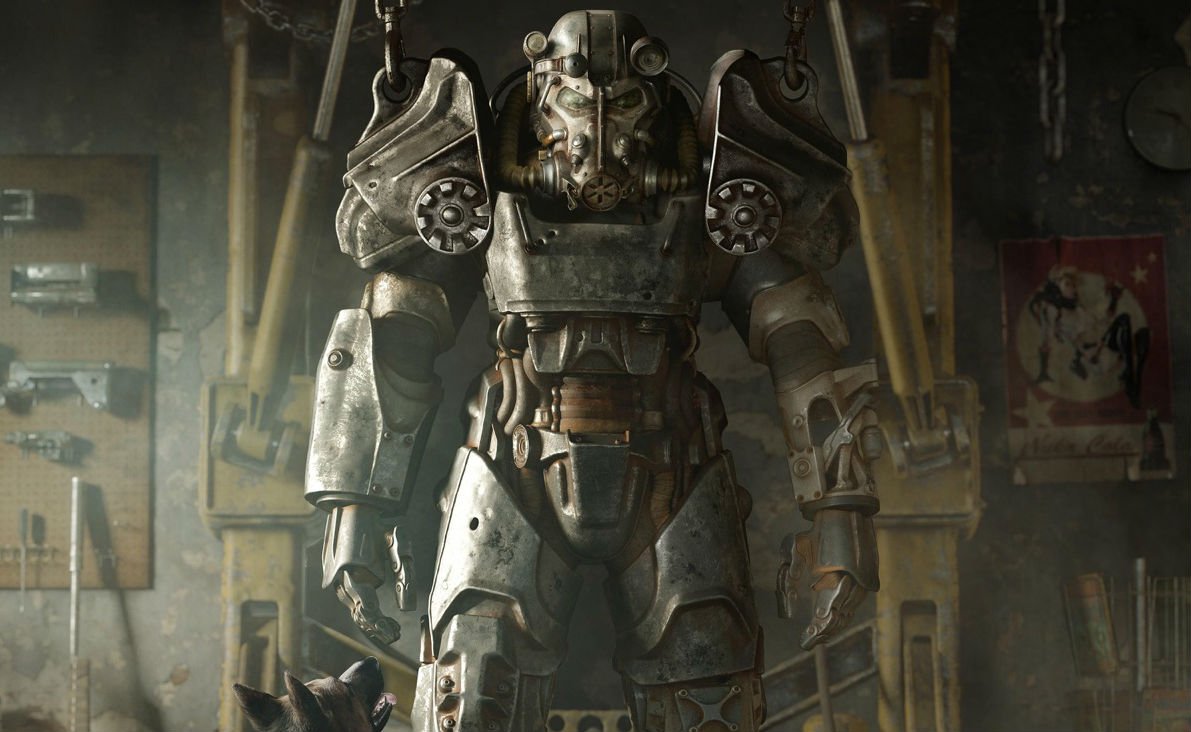 My first introduction to the Fallout series was in 1997, with Interplay’s wonderfully open and unique strategy RPG titles. So when Fallout 3 first dropped from Bethesda years later, I was taken aback by a lot of the concessions that were made to transfer the experience to a fully realized 3D world.

New Vegas thankfully was a step in the right direction to help make the world of Fallout much more compelling, and as it turns out, Fallout 4 lies somewhere in the middle of Bethesda’s effort and Obsidian’s contribution.

With Fallout 4, Bethesda returns to the “where is my family member” storyline that began with the great search for Liam Neeson back in 2008. You’ll have a brief opportunity to take in pre-apocalypse life with your family (the day the bombs dropped, on October 23, 2077), then it’s off to the Vault, where you will stay, frozen in hyper-sleep, for 200 years. Upon waking up, you’re off on a Mel Gibson Ransom-esque quest to find your son. The slight twist of unloading your character 200 years into the future makes for an interesting premise, but it never really fully commits.

Often times you’ll encounter residents who are confused and “can’t believe” that you’re from the old world, but those conversations quickly devolve into the matter at hand or another questline. On the other side of the coin, since the world your avatar (male or female) experiences is new, there is no need to play past games in the series outside of knowing the ins and outs of a few bits of lore fluff here and there. Even then, concepts are reexplained with reckless abandon.

Without spoiling anything further, the main narrative is generally weaker than most of the side storylines, which isn’t anything particularly new with Fallout. Players will start off doing odd jobs for various wastelanders, recruiting new companions and making enemies along the way, with a few twists and turns at the tale’s midpoint. Eventually, you’ll come across forms of synthetic life, which serves as the crux of a core piece of the story. Again, Bethesda’s writing team never fully commits to this concept, and it’s kind of just there, with a few “gotcha” moments meant to elicit a response with mixed results. For those who are curious, yes, faction-divergent storylines and endings are possible.

Just like in the past, most of your excitement will come from roaming around the wasteland on your own, discovering new abodes and secrets, which is far easier to do in Fallout 4. Small additions like playable retro games make discovery that much more meaningful, along with all of the coveted bobbleheads and comic books strewn about the overworld. The map is so huge and so diverse that there’s a new secret boss or location waiting at every turn, and the addition of 12 total companions helps mix things up a bit.

The companion system has been enhanced slightly, as it is now possible to issue basic fetch or interaction commands by clicking on their person, and clicking on an object — you can also send them to a desired location after parting instead of leaving them to their own devices. It’s very rudimentary, but it’s a marked improvement. The main narrative clocks in at roughly 15 hours, but players could likely spend well over 100 in a single playthrough and still not find everything.

Despite the puffing up of id Software’s involvement with the combat systems though, it’s relatively the same song and dance. While it is still possible to engage in active combat with an ADS mechanic, the V.A.T.S. aiming system, which pauses your game and allows players to target specific body parts, is still king. Often times I’d waste ammo shooting directly at a foe’s head doing little damage, only to switch back to V.A.T.S. and score a one-hit kill headshot. Bethesda has tried to make it a tad more action-oriented with “critical shots” that can be used every so often, but it feels like a half-measure. The good news is if you loved Fallout‘s combat before, you’ll feel right at home.

Speaking of homes, housing situations are enhanced thanks to the new home building mechanic. Now instead of finding makeshift diners to camp out at, and storing knick-knacks in random drawers, players can hold a button to bring up a Sims-style crafting system, complete with furniture, power grids, and practical elements like workstations. Even if you’re not all that into creating things, it’s still quite useful for small quality-of-life additions, like an extra bed to recover life in, and so on. Having said that, there is a caveat — inventory management is still a pain using the Pip-Boy. To build objects, you’ll need to acquire individual elements such as “ceramics,” which can be a coffee cup for instance, or “glass,” such as a Nuka Cola bottle. The Pip-Boy UI still displays things like an unmanageable list, so it’s really tough to see what you have on hand without spending tons of time in menu screens. The same principle goes for weapons and armor. It’s doable, but it’s annoying.

Power armor is also completely revamped, and I’m torn as to its implementation. For one, you can’t just “equip” power armor pieces and call it a day. It’s now an item or a power-up of sorts that you actually get into, and need to constantly fuel with a specific power source. If you’re out of fuel, the suit walks slowly and it’s nigh impossible to actually get anywhere. In theory, the idea of building and using your own armor sounds cool, but it’s very limited, and there were very few occasions where I’d actively want to go back to a location, grab my suit, and venture out. In fact I’d burn through fuel so quickly that I just said “screw it” most of the time, as it actively stifles exploration.

The perk system is probably one of the biggest changes, all said. Perks are now acquired by way of a huge grid with lovable Vault Boy animations, and the possibilities allow for an essentially unlimited amount of leveling. Players can also put points directly into SPECIAL stats (which impact things like conversational ability and carrying capacity) if they wish. It’s such a small thing, to make everything so visual, but it actively fueled my quest to acquire more experience and attain more perks, some of which drastically alter gameplay — like the power to swim openly without gaining radiation sickness.

At this point, you’re probably aware of Bethesda’s history with shipping buggy open-world games by now. If you were hoping that somehow a generational leap would magically buck that trend, prepare to be disappointed. Nearly every classic glitch is accounted for, including occasional save data issues, repeated dialogue, frameskipping, severe frame-rate drops, pop-in, falling through the floor, and so on.

For those of you who are used to this with the past work, it’s par for the course — for everyone else who doesn’t put up with it, nothing has changed. I should also note that while visual issues were persistently present in the Xbox One edition (reviewed here), I only ran into full-on game crashing twice during my travels. Given how glitchy it is, I can only speculate as to whether or not there will be any game-breaking bugs that completely halt progress, but it seems very likely.

After spending over 40 hours with the game, I can safely place it somewhere in the middle of Fallout 3 and New Vegas in terms of quality. A lot of the franchise’s signature problems have carried over directly into Fallout 4, but all of its charms have come along for the ride as well. It manages to do a whole lot right, but the story drags at times, and glitches…glitches never change.