I’m assuming I’m the exact target audience for Wasteland Workshop. I’m the guy who never quite finished the main quest of Fallout 4 because I got too invested in establishing and kitting out every settlement I could. I’m the guy who made sure every single one of my settlers had a decent weapon on their person in case of Raiders. I’m the guy who made theme settlements, from militarized outposts in the south to lakeside taverns in the east.

And I’m not into it. 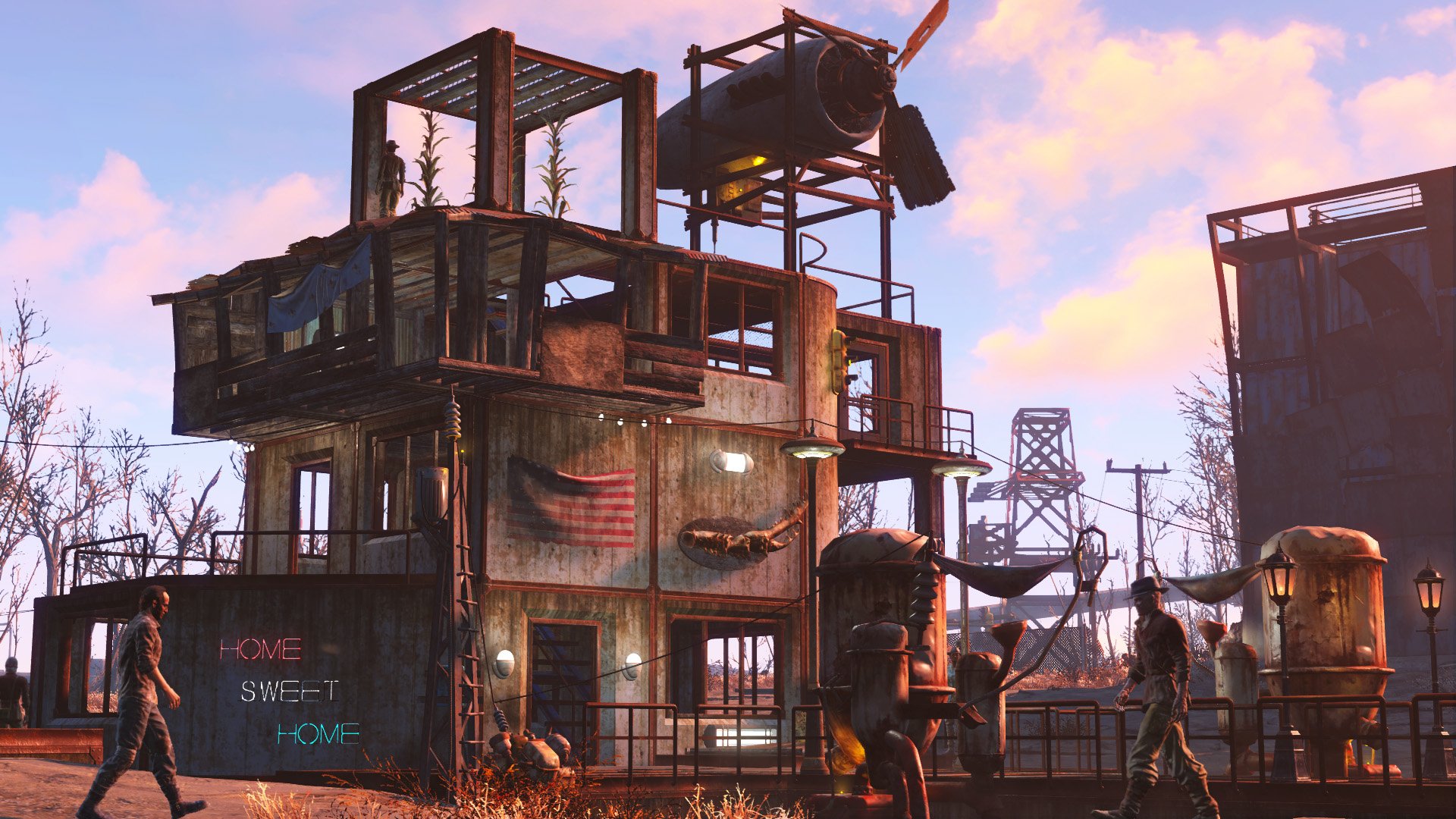 Wasteland Workshop is a glorified mod pack, and I mean that in the least flattering way. While some people scoffed at Automatron lazily beckoning players to a new questline by way of the radio, Wasteland Workshop doesn’t even bother with introductions. If you have the Season Pass or just bought it piecemeal, you’ll simply notice new options in the workbench next time you mess with a settlement.

These options include some cosmetic nixie tube lightning, an expanded repertoire of home decorations, conventional lights, some new (useless) traps, building materials (mainly concrete walls), and a few odds and ends. The pièce de résistance however, is (supposedly) the new capture cages and arenas that promise to let you tame the wilds of the wastes and pit them against each other.

Those nixie tube lights? Real cool. Concrete walls and the extra lamps? Nice. Everything else? Completely skippable if not out right aggravating. 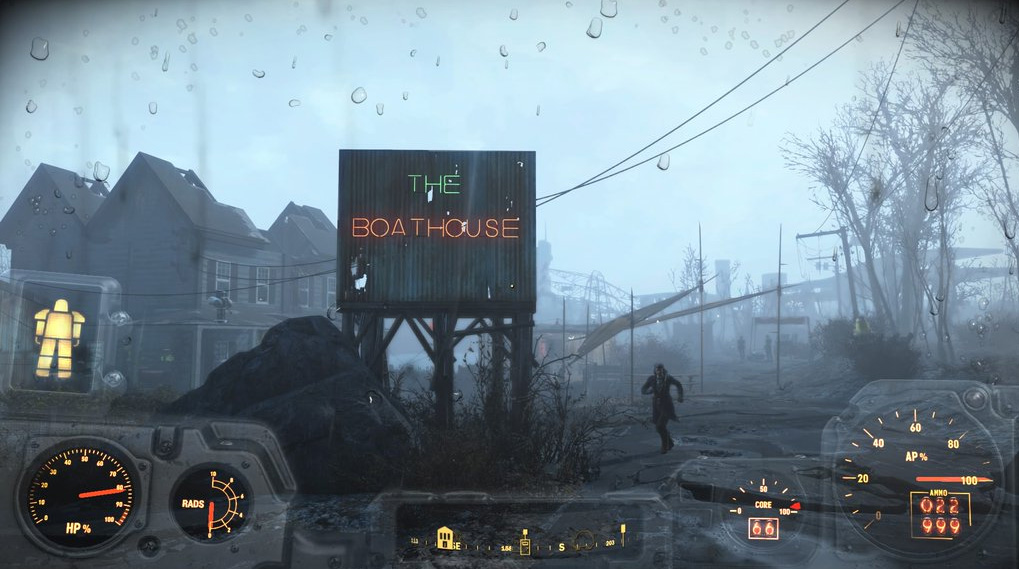 If you’re an absolute nut like me who really got into the nitty gritty of settlement building (and you happen to be playing on console where mods aren’t likely to hit anytime soon), you’ll probably appreciate some of the smaller touches in Wasteland Workshop. I adore the stupid nixie lights and promptly pimped out my bars and shadier settlements with them. Small details like desk lamps, burning oil drums, streetlights, and candelabras are perfect for nurturing the obsessive model city builder in all of us. Some of the new additions, like the small garden beds that give you a plot of dirt to plant crops or water taps in feel less like a new option and more like Bethesda finally acknowledging a mistake “oops, we made some settlement areas that literally cannot sustain life, our bad.”

The flashier additions however are largely pointless or seemingly non-functional

Has anybody in the history of Fallout 4 ever used any of those little Tesla traps or flamethrower trip wires in their settlements? No? Then why was the solution to go bigger and sillier with them? Wasteland Workshop includes a variety of home-defense options that would make Kevin McCalister blush such as spike floor traps and a giant buzzsaw contraption straight out of Super Meat Boy. They look neat, and hypothetically if you worked for hours, you could maybe rig up some kind of interesting deathhouse, but given how fiddly and awkward they are to position, you’d have to be manically dedicated. All I managed to do with my buzzsaw was accidentally clip the trading lady’s Brahmin and get into a shoot out with her guards.

The traps work like a dream compared to the new cages and arena system, though. With a little shed, the proper bait, and a power supply, you can hypothetically capture almost any beast of the wasteland. From lowly Bloatflys to towering Deathclaws, you can collect them all like a dark and grim reboot of Pokemon. You can even capture Raiders, Gunners, and Super Mutants too if human trafficking is more your speed. Of course the question is, what do you do with them once you get them?

The answer? Apparently nothing. 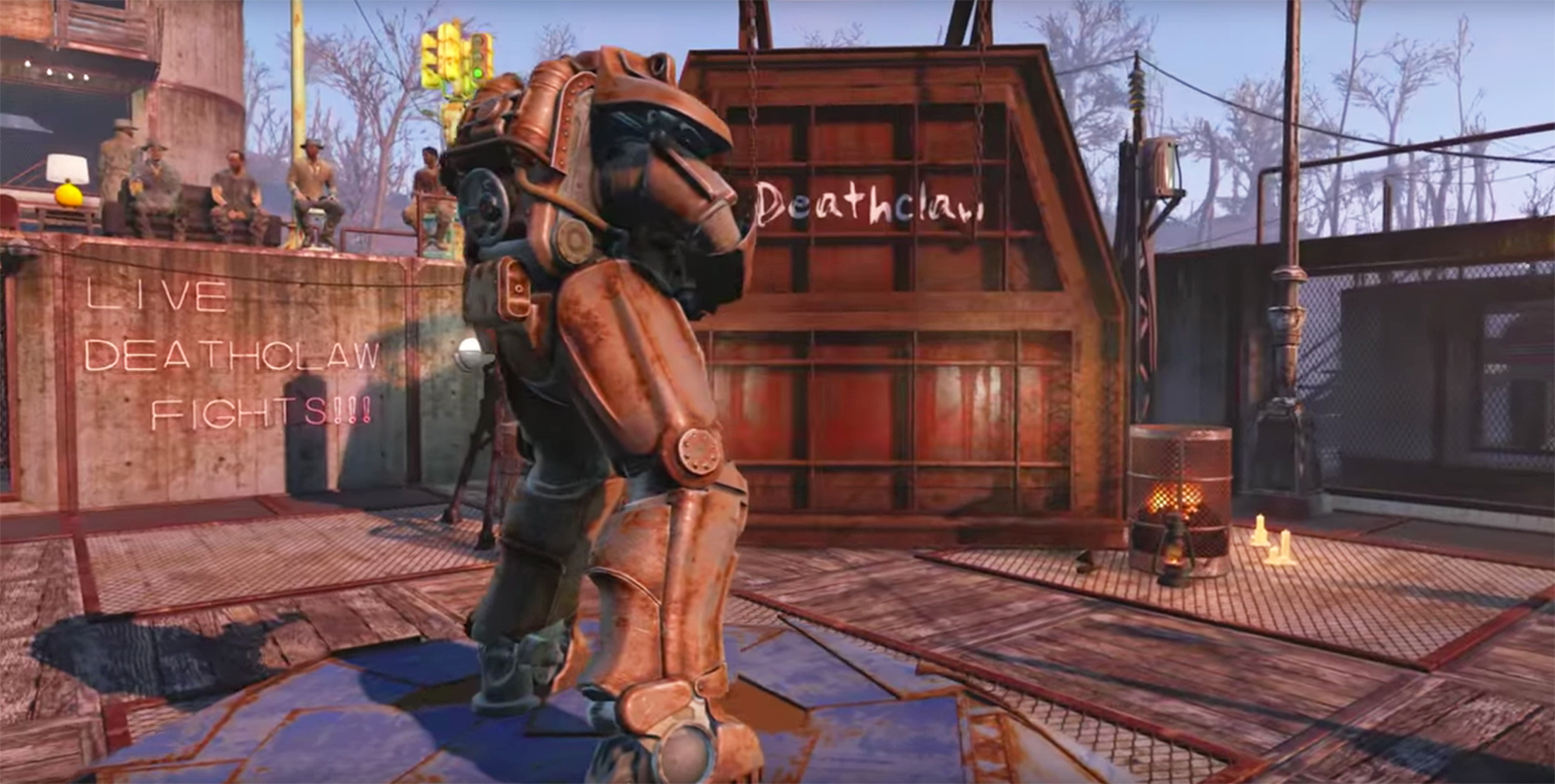 I set up a trio of traps for a Radgstag deer, a Brahmin cow, and a glorious Mutant Hound. It was my sincere wish that I could tame the magnificent crocodile-dog and use him like a substitute Dogmeat, but those dreams were never to be fufilled. The first stumbling block is the Beta Wave Emitter, the gizmo you need to place next to the cells to make sure all the beasties are nice and docile, requires two separate and fairly obscure perks (Animal Friend and Wasteland Whisperer) that I had to grind for. Tough luck to anyone (Read: everyone) who didn’t stack Charisma up to level nine.

Once I got the emitter ready to go, I waited a few day cycles for the bait to take (it can take up to a week for animals or humans to wander into the clever traps positioned in the dead center of your small town) and was happy to hear the rustling of animals in the now shut cages. I opened the doors of my kennels to greet my new friends, and immediately, the wheels came off.

The Radstag bolted, he wasn’t into the petting zoo thing. The Mutant Hound instinctively took off in chase and shortly murdered the two-headed deer (Beta Wave my ass). My new Brahmin lazily wandered between two buildings and either fell through the ground or teleported to wherever Brahmin chill in the ethereal plane. I followed my Mutant hound (who I named Herbert) into a building where he sniffed the kitchen counter, turned a wild manic mutant puppy smile, and suddenly froze in place. Forget going on adventures, I couldn’t even get him to drop the creepy mannequin act.

What a great use of all that scrap. 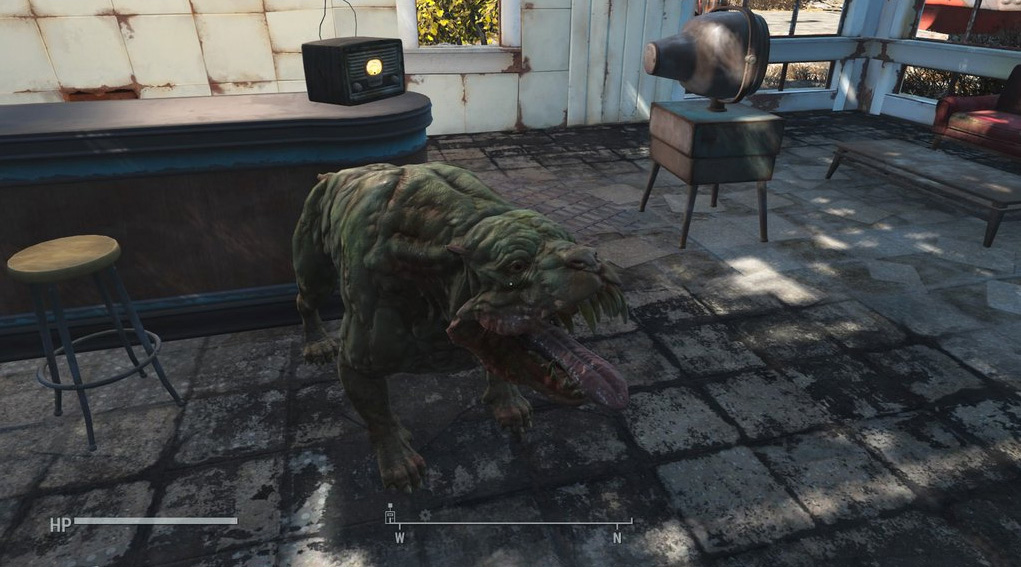 Daunted but not defeated, I set to work on my new arena, Blood Bath and Beyond, a concrete fighting pit with an electronically locking door, wire mesh viewing windows, and a Caligula-esqe balcony from where I could admire the bloodshed. I set up traps for a Gunner and Raider, but I guess my townsfolk didn’t get the memo. After nearly five days worth of sleeping, a single Raider showed up next to the trap hut and was promptly gunned down by a turret.

Instead, I contrived a way to see two of my allies wage battle. Like everything else in the settlement system, trying to get two people to fight is needlessly complicated and hinky. When building the arena platforms, a tool-tip even warns that NPCs will immediately become hostile to each other as soon as they are assigned to the competing platforms, regardless of where they are. So, some kind of mechanism to obscure their lines of vision is required if you don’t want them fighting in the streets, like a complicated system of remotely opening doors (yes, this is actually what the tool-tip recommends).

That seemed like a lot of work, so I just grabbed Piper and Preston, told them to get in the Blood Bath and Beyond pit for a team meeting and sealed the door behind them. 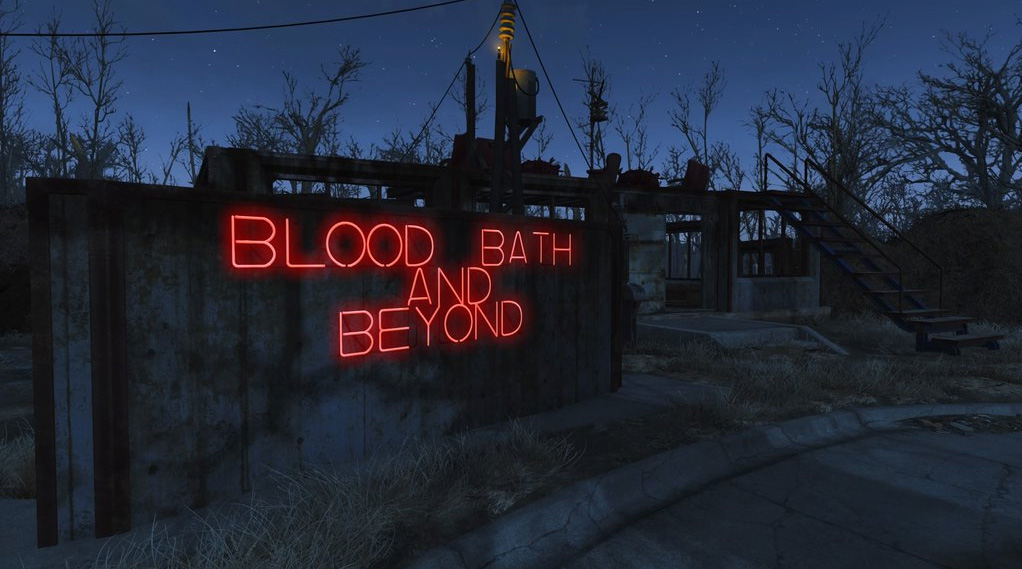 Trying to assign them to the platforms, I accidentally fell in with them. Whatever, front row seats. As soon as I clicked the assign button, they immediately turned on each other without any pomp or circumstance. Unsurprisingly, Piper easily won.

Turning to the wire mesh, I saw it. Herbert had unfroze. Whatever juice in the Beta Wave Emitter that was keeping him tame wasn’t doing the trick anymore. He smelled blood and wanted a taste, tearing the townspeople apart while the three warriors most capable of stopping him were trapped behind an electronically locked door. With no switch on the inside.

Okay, maybe that was worth $4.99. To me, personally. Honestly, I’d probably pay more to watch a Mutant Hound rip apart a town because I’m a broken person.

As a product for humans though, I can’t see Wasteland Workshop as anything but a bad buy. A cynical ploy to pad out the “value” of the Season Pass and maybe milk a few weirdos like me who just can’t resist neon lights. If you have the Season Pass, I guess you might get some use out of this. If you were waiting to see if you wanted this al a carte, you would be better off going with Automatron. At least the robots haven’t turned on me… yet.