Let the bodies hit the floor

Launch-day disconnects aside, Fall Guys: Ultimate Knockout turned out so much better than I expected.

The premise – a cartoonish 60-player competition made up of semi-randomly selected obstacle courses, bumbling team games, and stressful survival challenges – is fantastic. The whole vibe is silly and charming, especially once you learn to accept that luck can play a significant role and that’s okay.

Fall Guys is a video game rendition of Takeshi’s Castle (Most Extreme Elimination Challenge) and it rules.

I thought I’d burn out, but after a hundred-plus rounds in the live game (to say nothing of several hours spent with the beta), I’m still in it to win it. It’s hard to break out of the perpetual cycle of re-queuing. 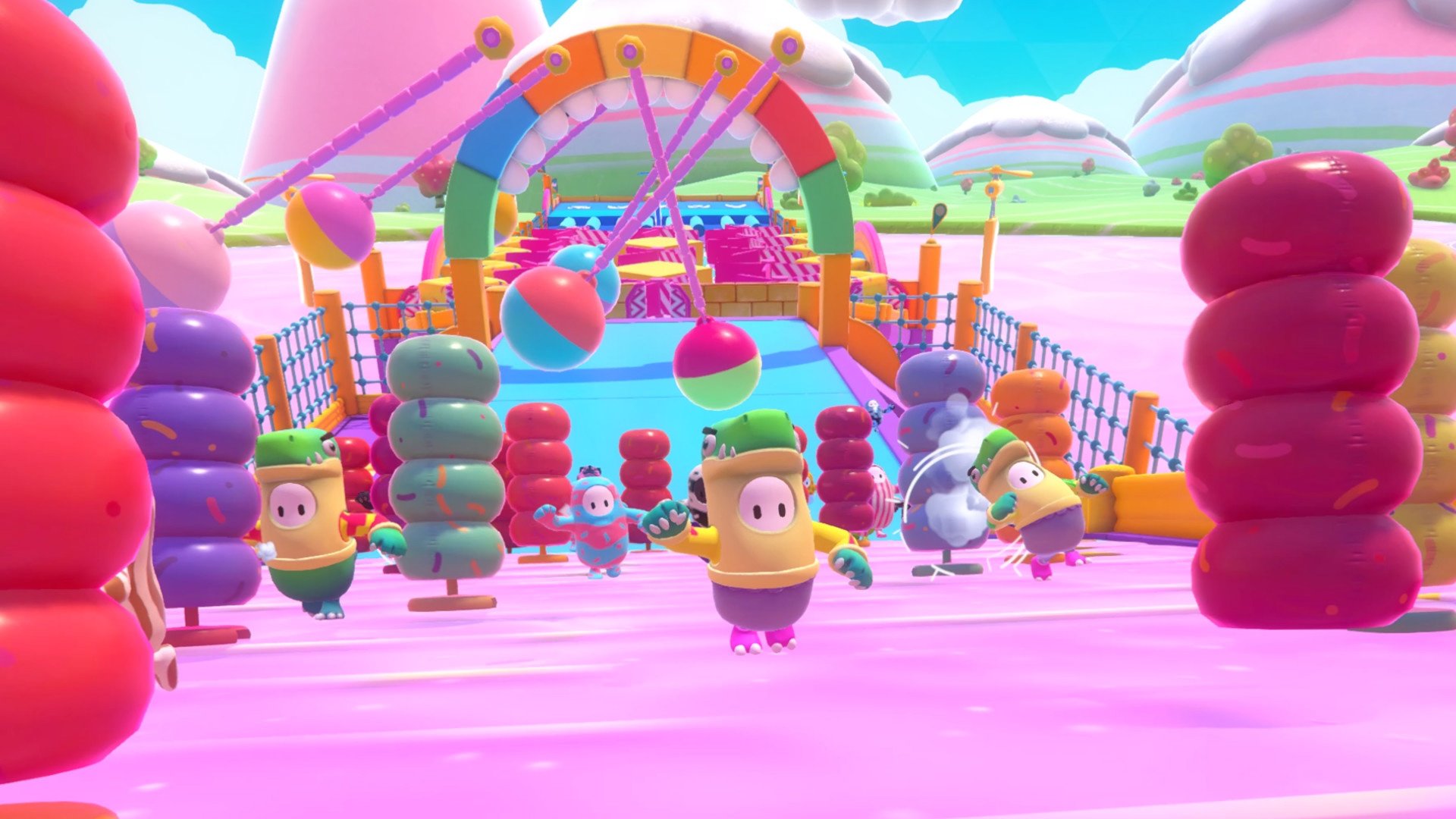 After a big push from PlayStation Plus that helped bring in 1.5 million players on day one, it feels like Fall Guys is on top of the world right now. Depending on when and where you played, you might’ve had a rough go initially – the servers couldn’t keep up with demand – but after some downtime, it was much smoother sailing for me on PC. And on day two, I only had one mid-match disconnect. Things stabilized.

I mention that front and center because Fall Guys is an entirely online experience. You’ll queue for a match with 59 other players, try not to get whittled down across several rounds (some solo, some team-based), and hope you nab the victory crown in one of three possible final challenges. There aren’t training modes, AI bots, or even tutorials (outside of static instruction screens to cover the basics).

That said, you’re either surviving, scoring points, or racing to the finish line each round – the levels are intuitive – and your jelly bean character can run, dive, and grab. This game is super easy to learn. I love that simplicity and the movement control nuances I’ve picked up over time. Momentum really matters.

Fall Guys is just you and a desire to outperform your fellow players in fumbling footraces, slippery hill climbs, leap-of-faith bridge walks, and other activities. If you’re quick enough, skilled enough, or lucky enough to place in the top of a round, you’ll move onto the next phase. If you fall short – even if through no real fault of your own – that’s a wrap. Better luck next time. Enjoy your XP and unlock a new outfit.

It would be cutthroat if it wasn’t so damn cute. The best compliment I can pay Fall Guys is that winning feels out-of-this-world good and losing only stings for a tiny bit before I’m back in there trying again. 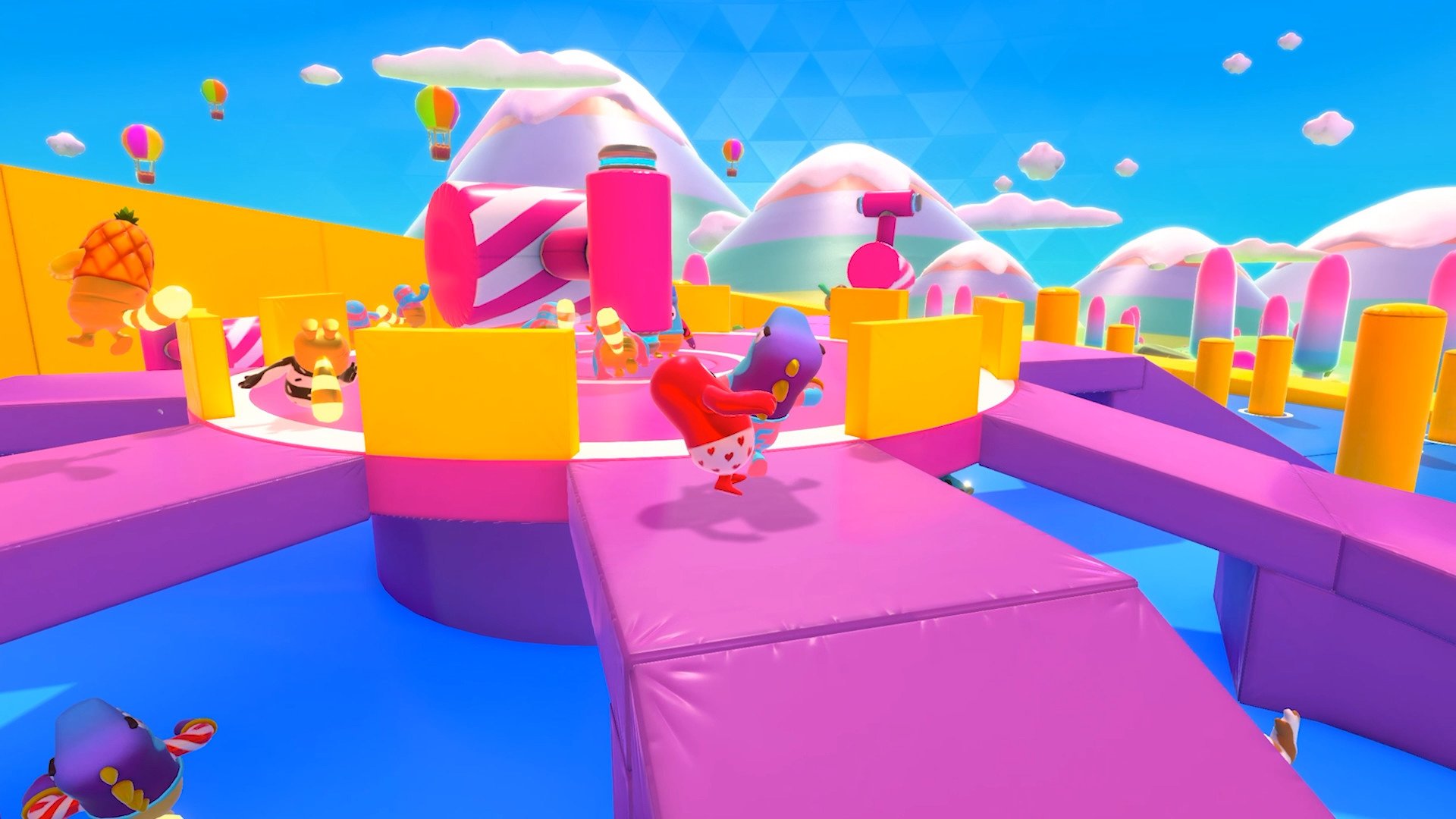 There are frustrating moments, to be sure. Everyone’s going to have their highlights (Hex-A-Gone, The Whirlygig) and wish-I-could-skip-it, never-again picks (Perfect Match, Egg Scramble). There are 25 games in Fall Guys. Not all of them are engaging enough to hold up long-term, particularly levels with too much downtime or repetitive patterns, but most are. Races have the all-around best energy.

My biggest complaint is that due to the game’s random nature (with no voting process or matchmaking preferences), it sometimes feels like your favorite events are nowhere to be seen. Jumping into possibly fake doors and outrunning rising slime is far more captivating to me than avoiding tedious oncoming barriers or snatching a person’s tail and holding onto it right before the drawn-out timer hits zero.

I generally don’t mind the team games, some of which would sing with a slight re-tune, but I can sympathize with people who feel cheated when they “did all they could” and still lost because of poor teammates. At the same time, Fall Guys excels when there’s controlled chaos. Some of my funniest, most memorable interactions happened during moments of abject failure. Winning isn’t everything.

Outside of the inherent fun of flinging your floppy body through an obstacle course, Fall Guys has a free seasonal battle pass system as extra motivation. As you level up your account, you’ll gain cosmetic rewards and in-game currency for a shop with daily rotating skins, outfits, and emotes. One type of currency comes from playing, the other from winning. The former can be purchased with real money, but the latter – crowns – cannot. In either case, there’s no impact on the gameplay. It’s all for show. 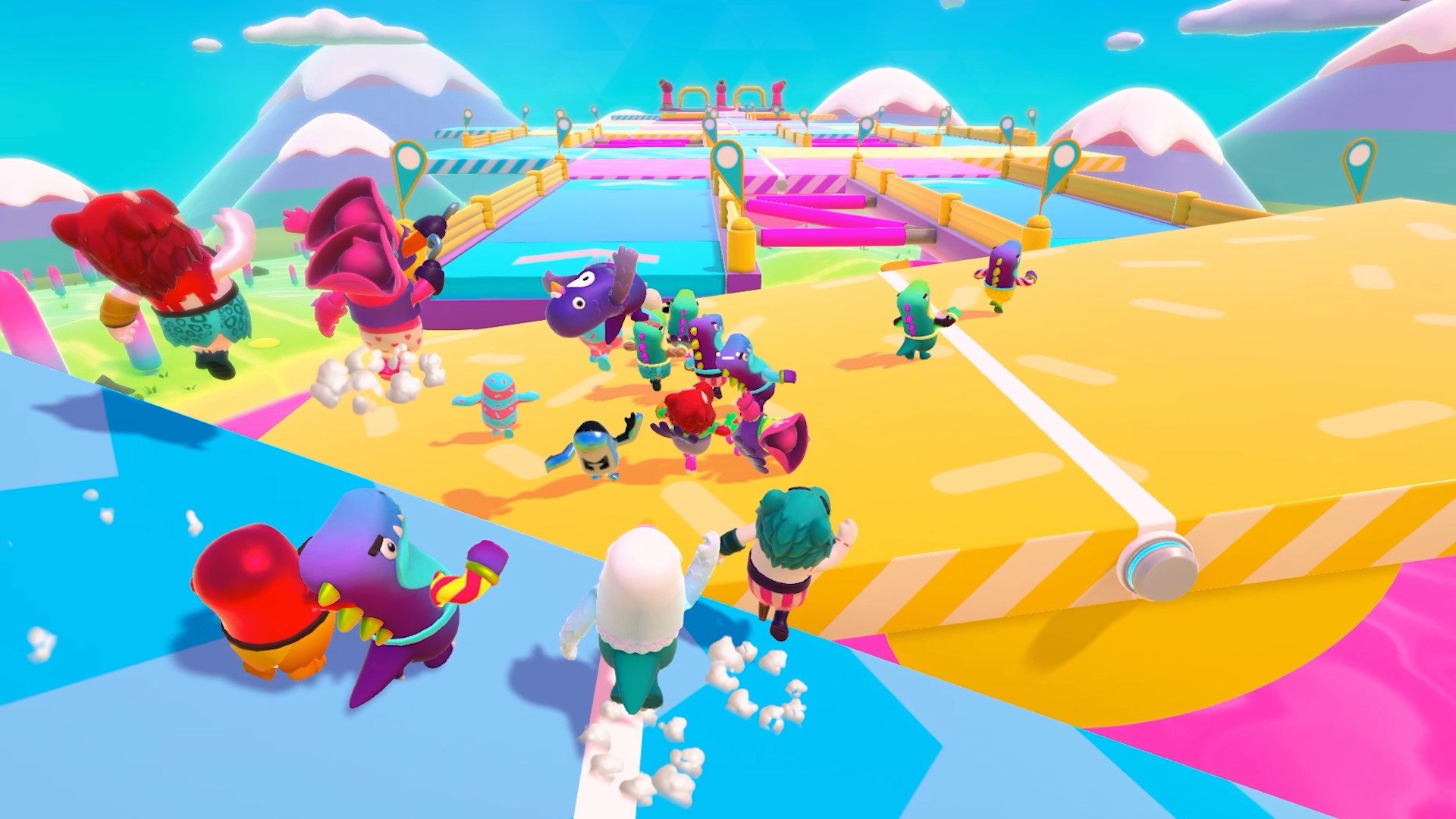 While I can’t say what future seasons will bring to Fall Guys beyond new outfits, I’m already fired up enough to want to max out my rank over the next two months. This is my new way to unwind.

What’s next? The hope is that Mediatonic will continuously toss in new free levels (the developers have said as much) and try to freshen up existing stages to keep everyone on their toes. Wishlist features like split-screen support, more party options including private servers, game modifiers, and the biggest ask of all – a full-blown level editor – could go a long way in keeping Fall Guys relevant for years to come.

If none of our hopes and dreams pan out (I’m sure at least some of them will considering the game’s early success), Fall Guys is still one of the feel-good excursions of 2020. How much longevity players can get out of it will vary from person to person, but as someone who had essentially called it quits on the all-too-samey battle royale genre, I’m having a ridiculously fun time right here and now.