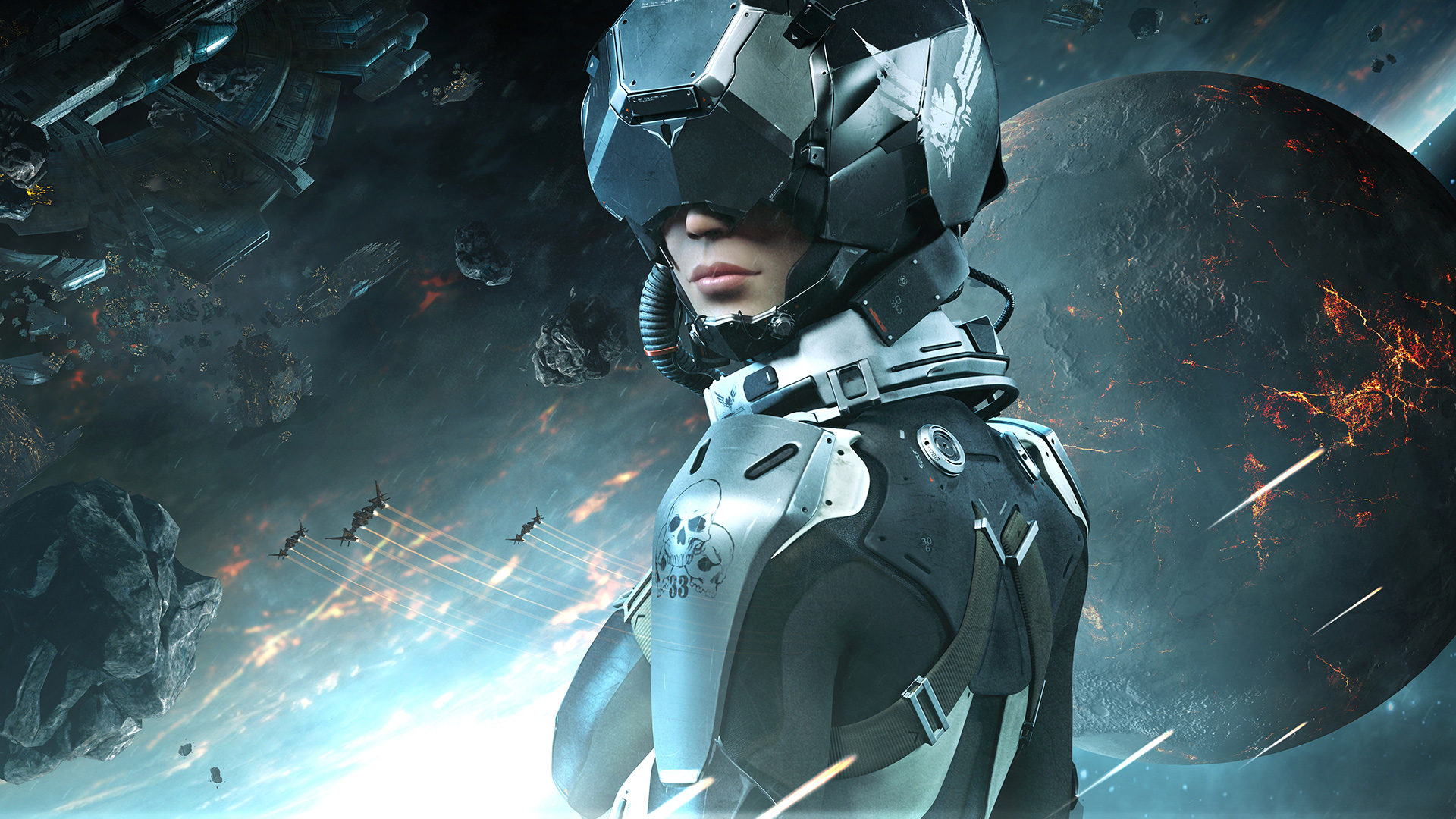 Virtual reality software providers are in a weird spot this early in the game. They need to push the tech to its limits to really sell people, while other developers have to provide traditional experiences that help justify the platform.

The latter is basically what CCP Games did for EVE: Valkyrie. 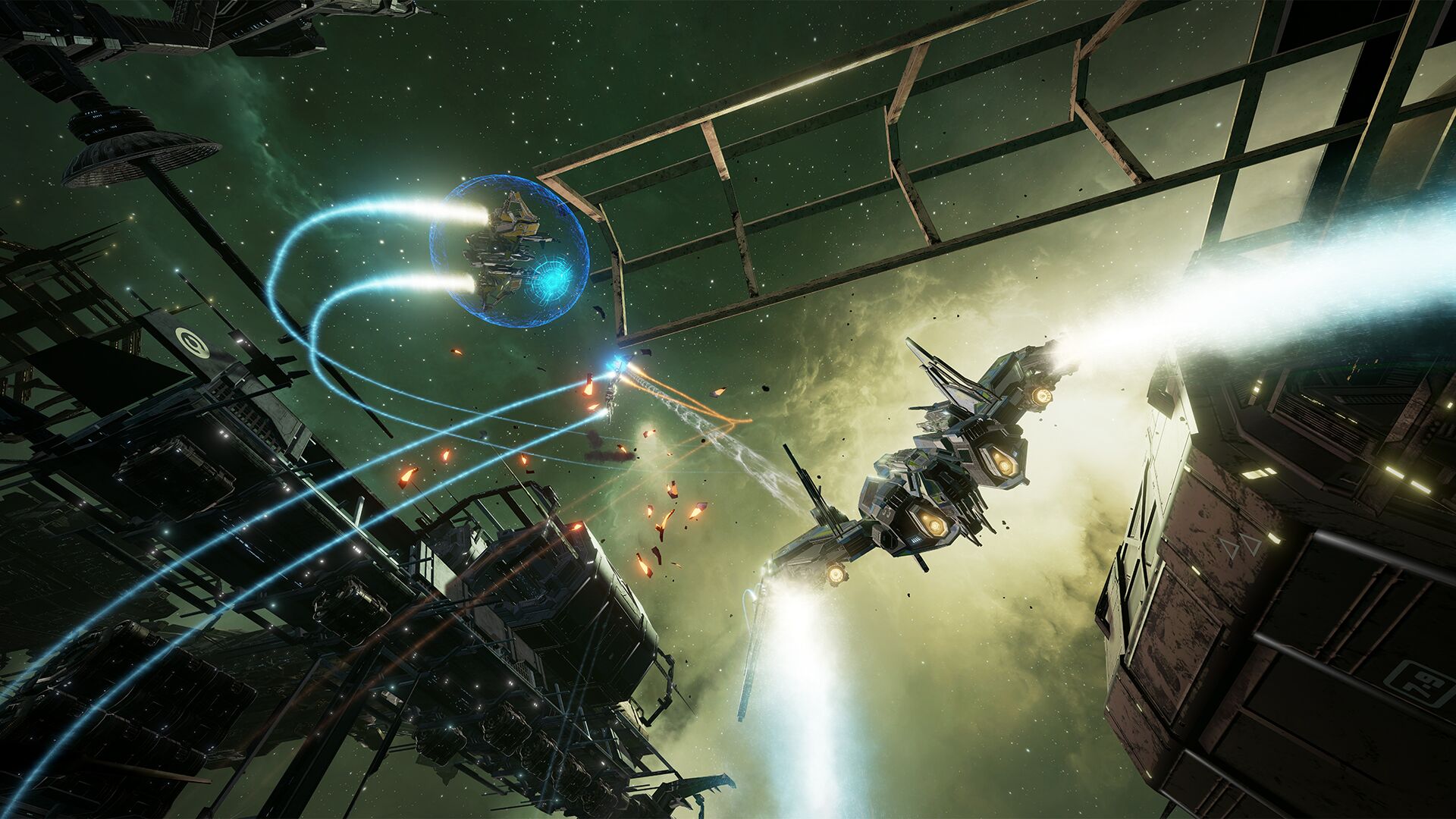 Valkyrie has a silly premise, but it works within the confines of the massive, ever-expanding EVE universe. You, the player, are dead (not a spoiler as this is evident right away), with your consciousnesses uploaded into a central server of sorts that allows you to take control of various ships and access “memories,” which basically amount to training missions. Beyond that, the entire game is multiplayer oriented, which justifies the “respawn” element.

Jumping into the tutorial, I got a sense of what the game was trying to accomplish immediately. VR, as a rule, is very intuitive. Moving your head moves the camera, which is presented in a first-person cockpit view. Looking at objects while holding down the missile button initiates a lock-on sequence, and so on. The rest is controlled with a traditional Xbox pad, with buttons for thrusting, decelerating, and firing the main gun.

As Steven has mentioned before in his hands-on time with the game, the UI is one of the best parts. I was wowed with how seamless it was integrated into Valkyrie, and although having to turn one’s head to see the thruster level and the like is odd at first, it eventually became second nature and added to the immersion. I can see a Voltron game where you’re communicating with teammates, checking meters and knobs, and I am crestfallen it doesn’t exist yet.

Having an enemy strip your shields, triggering an alarm, is intense, and VR provides a greater sense of urgency when it comes to survival. If you’re scared that the entire affair will be disorienting, don’t be, because even with the semi-intense death sequence (where your window cracks) it’s never nauseating. I suspect that this is due in part to how smooth the visual style is, and that you’re seated a little further back from the front window. Likewise, turning on a dime (due in part to the impeccable control scheme) to weave into a tiny gap to escape missile fire is all the more engaging, especially on a map like Necropolis, a ship graveyard.

Don’t think it’s a tech demo, either, as Valkyrie is surprisingly deep. As players unlock new ships and become accustomed to certain styles (speedy or defensive for instance) everything really starts to click. The unpredictable nature of human opponents helps, but generally, I haven’t been this excited to dogfight in space for a long while. Playing this brought back good memories of all of the hours lost with X-Wing, Tie Fighter, and Colony Wars.

So about the monetization scheme — microtransactions do exist. Rift owners get Valkyrie automatically, but given the money CCP pumped into this project, it likely wants a bigger return on its investment. The “Founder’s Pack,” which you’ll get for pre-ordering, comes with $60 worth of goods, which basically translates to 2500 Gold (which retails for $9.99) and an exclusive fighter ship. It’s odd, because while Gold is mostly used for aesthetic purchases (like paint jobs) directly, you can exchange Gold for Silver with the quartermaster, at a rate of 500 for 87,000, respectively. There’s also room for XP boosts, which go for 80 Gold for a day, and 2,000 Gold for 30 days, among a few other increments. 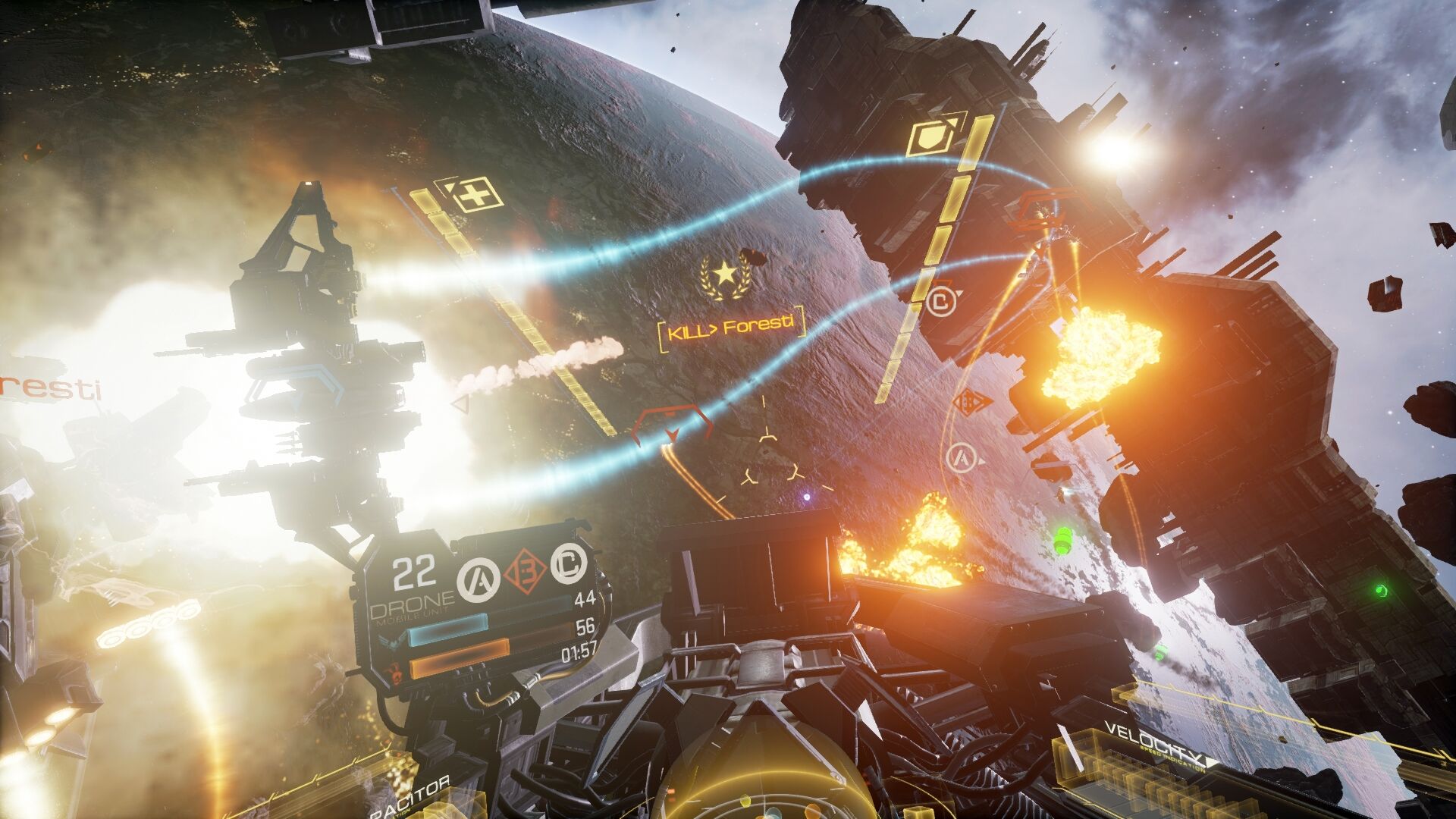 Silver can be used to buy tangible things like shield upgrades, and new loadout slots (read: docking stations for extra ships) to use mid-fight to change up your strategy. I hate that I even have to explain all this, because it would be much better suited as a $60 game where you get everything, and simply unlock goodies automatically like Call of Duty by ranking up. But CCP is no stranger to microtransactions so your mileage may vary.

Despite the convoluted focus on getting players to spend money, I can see myself constantly going into EVE: Valkyrie for skirmishes months down the line whenever I boot up the Oculus Rift. It’s addicting and easy to pick up, and the progression system has legs without feeling like I need to dump money into it. It’s crazy to think we’ve come this far, as I can recall playing MechWarrior back in the early 2000s with a rudimentary helmet, dual joysticks, and a rumble vest at a friend’s house. This is much cooler than that, suffice to say.

I hope this turns out better than Dust 514.