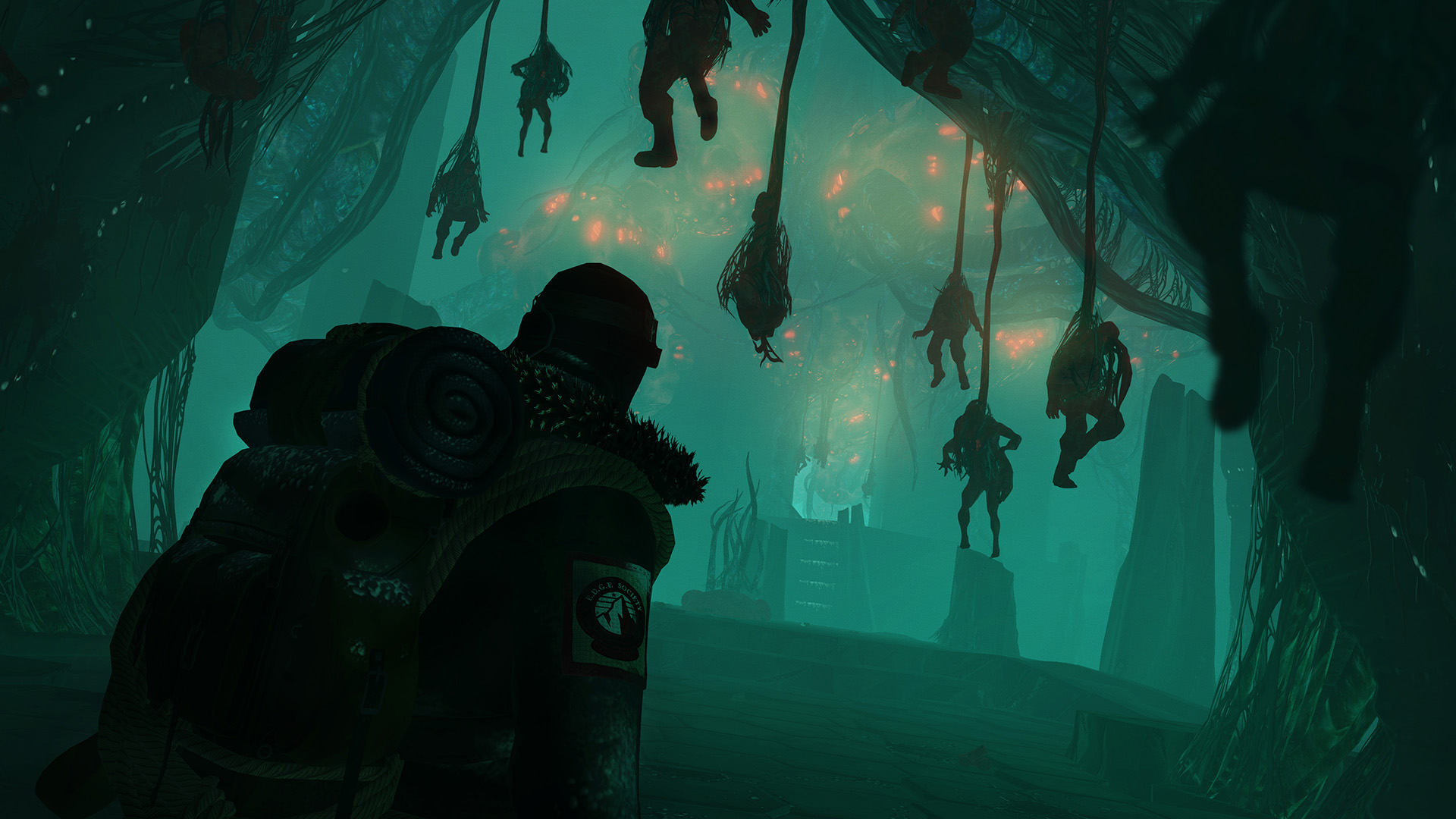 The Last of Uncharted: Lara Croft’s The Thing

For $40, you can experience around three hours of a white guy with a gun battling aliens that can infect humans in Insomniac Games’ VR debut, and no, it isn’t Resistance, but obviously that isn’t a stretch for the developer.

That means you’re paying around $13.33 per hour of gameplay, which quite possibly makes this one of the most expensive games in recent memory on a money per time basis, even beating out The Order: 1886. But is it worth it? If you love John Carpenter’s The Thing, scaling walls in games like Tomb Raider and Uncharted, and the stealth sections of The Last of Us, then maybe. 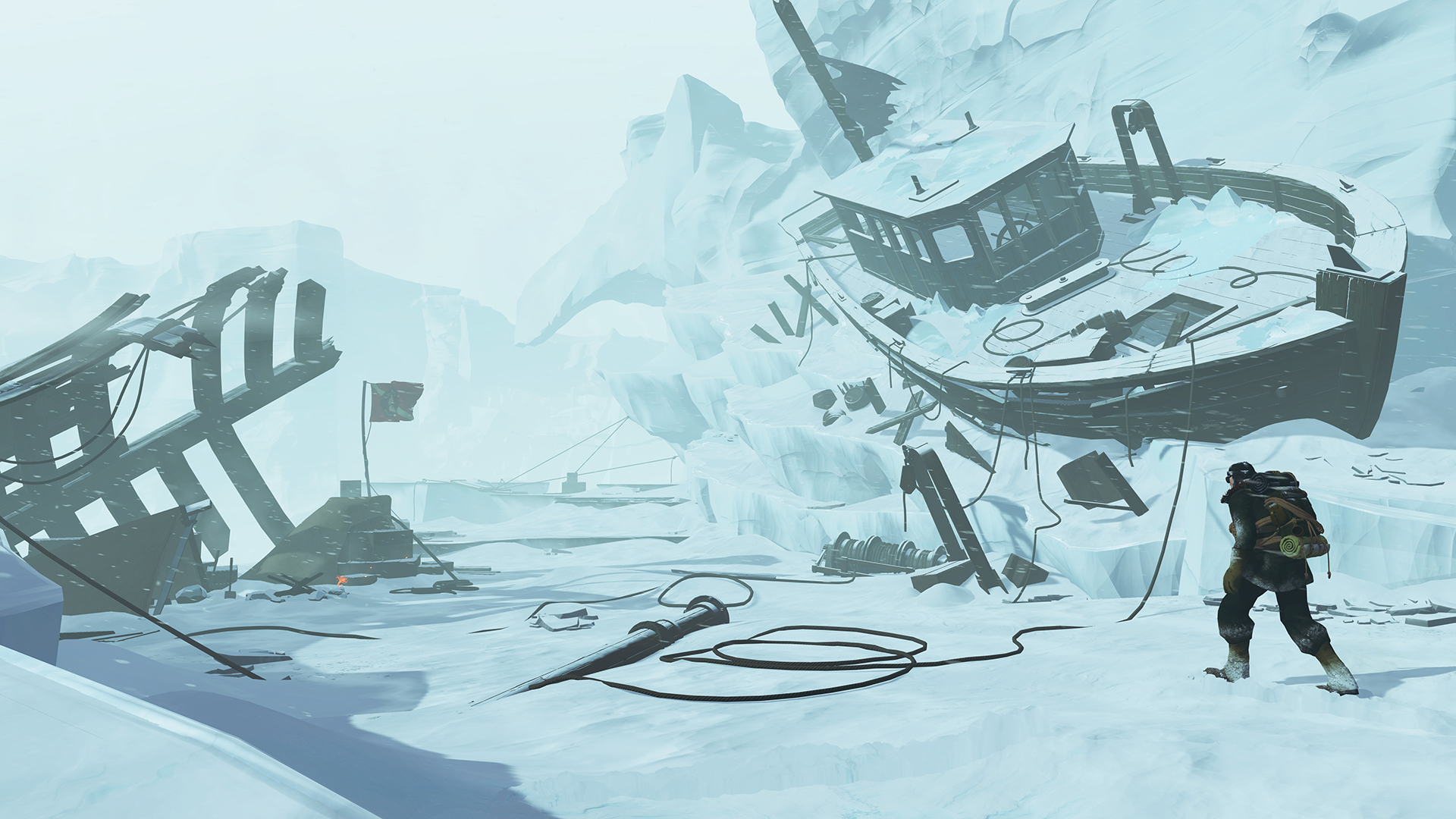 I can’t think of a single game mechanic as boring as climbing walls. Holding a joystick in any direction while staring at a wall for minutes at a time has to be one of the worst mechanics that continually gets put into games by developers. I can’t fathom why. I’d estimate at least a third of your time is spent making your way across ice walls in Edge of Nowhere.

The other bits are a bit more enticing. You’ll find yourself quickly making your way into caves in Antarctica where you’ll find all sorts of creepy-crawly monsters while looking for your lover who was on an expedition there. Without giving too much away, this is one of those psychological stories where you’re never really sure what is real and what isn’t. You’ll suddenly find a house in the cave, or be in the jungle out of nowhere, reliving some moment from your past before realizing you’re still in the tundra. While it isn’t exactly all that original, I found it to be the best part of the game.

Instead of going in guns blazing and slaughtering your way to victory, you’ll mostly be stealthy, avoiding confrontation by moving slowly and staying quiet. Yes, just like in The Last of Us, the enemies here are blind and use echolocation to see their prey; the similarities don’t stop there, as some enemies make an audible click just like clickers, and rocks are used as distractions.

I suppose if there was a game to lift mechanics from, The Last of Us wasn’t a bad choice, plus echolocation is common for cave-dwelling creatures. There is some originality here as you can hit nearby plants with rocks that cause them to stab with their giant thistles, killing any nearby enemies. Doing so is extremely satisfying.

While the game encourages stealthy play, the supply of ammo is ample. Many times I found myself giving up on stealth, running in and luring enemies towards me in a line, thus allowing for multiple kills from one shotgun blast.

The smallest portion of your time is spent running and platforming, which is when Edge of Nowhere is at its best. Jumping between collapsing pillars of ice as you run for your life from the horrors that surround you is intense yet fun. These moments feel very similar to the recent Tomb Raider games, though that isn’t a bad thing.

This is easily one of the better-looking games available for virtual reality currently, with beautiful and horrific set pieces that always warrant a look around. The tundra with snow blowing in your eyes, caves filled with luminescent life, and even a lush jungle all standout. The creatures lurking in the caves are like creepy, hairless, obese spiders, and seem truly alien. Mix this with the wonderfully haunting original score and you’ve got yourself a great presentation. 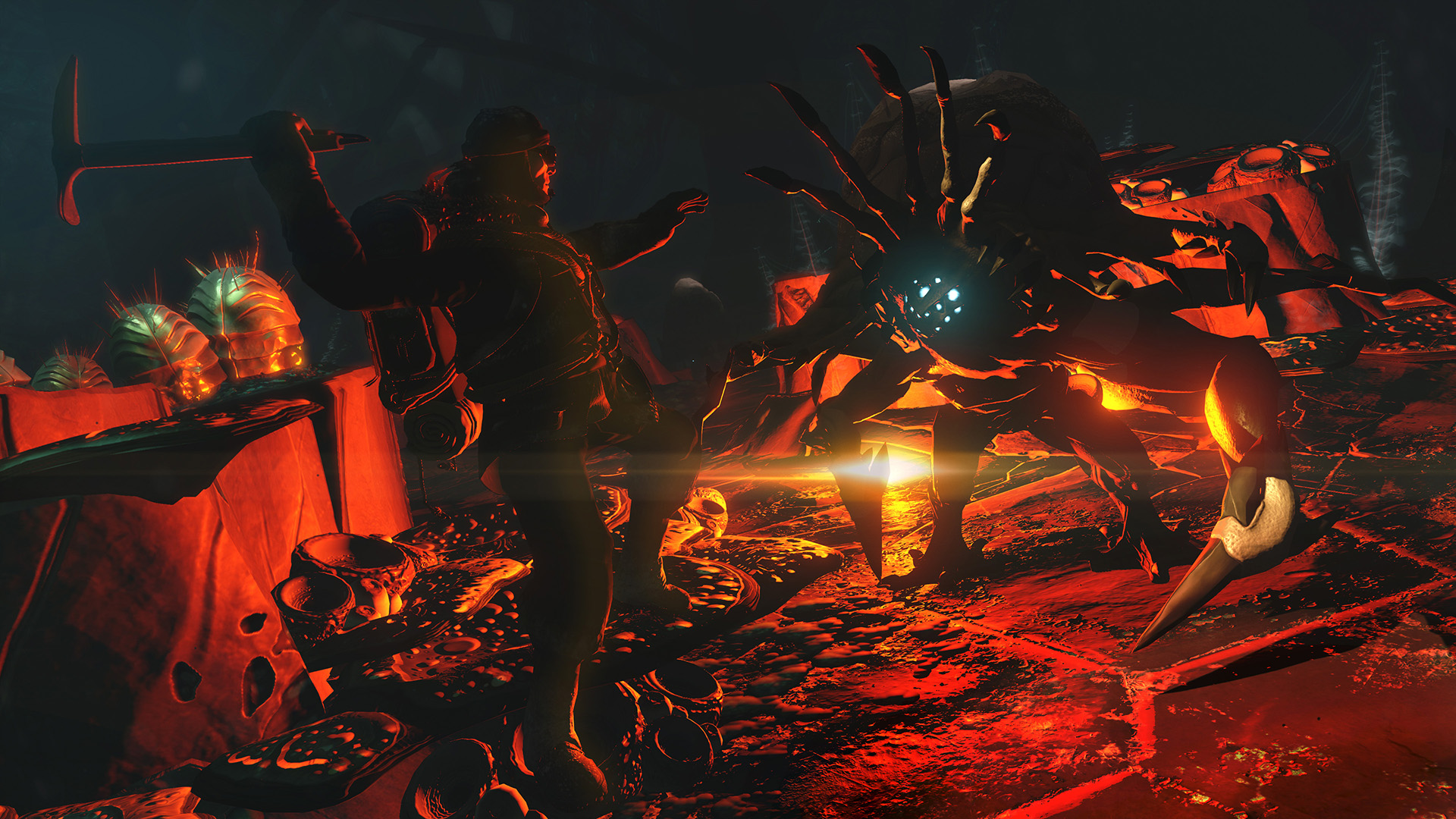 As this is a virtual reality exclusive, I can say the tech is both a help and a hindrance to the experience. During the stealth sections, looking around will guide your flashlight, allowing you to see creatures lurking in the dark. With directional surround sound, there are some truly tense moments.

The bad part is that once you’re past enemies and continuing to sneak, you’ll sometimes alert them because you can’t see their movements without turning your whole body around in real life to look back. It’s an issue that wouldn’t exist on any other platform as you could simply move the right stick. There are a few moments where you need to look straight up or down which is literally a pain in the neck thanks to the weight of the Rift and unnatural positioning. The same could be said about aiming your gun, which uses headtracking as well.

Edge of Nowhere could have easily been on other non-VR platforms and be passable as a budget title at around $20, but instead, here it is as an Oculus Rift exclusive costing double that thanks to what I’d call the ‘VR tax,’ which in this case is for a mostly worse experience. While there is an interesting story to be found, barely anything else here stands out as being original. It all feels very safe. Not a terrible game, not a great game, and from my point of view, not worth $40.