Driver has been around for a long time, despite never really enjoying the kind of mainstream success that other open-world games such as Saints Row and Grand Theft Auto have. Of course, it doesn’t help that the series has had a very poor critical history. The original Driver was well received, but it all went downhill from there.

In the face of some massive open-world titles on the market, Driver: San Francisco definitely needed a drastic overhaul in order to stand out. An overhaul is certainly what it got, although I don’t think anybody could have predicted what Ubisoft Reflections had up its sleeve. 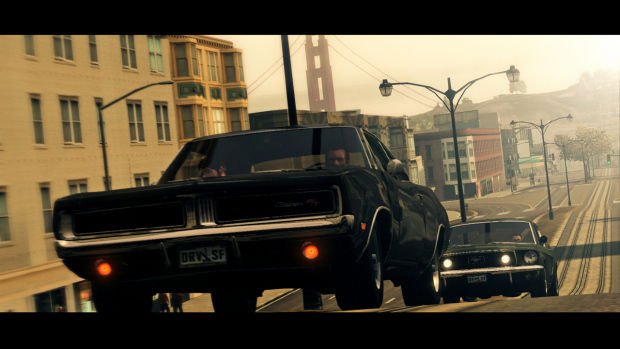 To say Driver: San Francisco delivers a swerve is to put it far, far too mildly. Everything starts off quite normally, as John Tanner and his partner Tobias Jones have to track down the recently escaped criminal Charles Jericho. Unfortunately, Jericho is able to outfox the wisecracking cops, smashing into their vehicle with a truck and sending Tanner into a coma.

What happens next goes beyond the realm of sensibility and kicks off one of the most deliriously stupid videogame plots in recent memory. I do not mean that disparagingly — Driver: San Francisco‘s story is thoroughly ridiculous, but it’s so refreshingly unique that one can’t help but admire the foolishness. Essentially, Driver: San Francisco is what would happen if Quantum Leap and Jacob’s Ladder were both turned into the same videogame. As Tanner flits in and out of reality, he becomes an astral projector, able to “shift” into the body of any driver in the city and continue his pursuit of Jericho. It’s bizarre, to say the least.

This ludicrous premise sets the scene for a game that’s all about manipulating traffic to achieve one’s ends. The actual missions are straightforward at heart, but the ways in which they can be completed are quite unlike anything played before. For instance, if your job is to chase down a fleeing criminal, you can possess oncoming traffic and steer it into your prey. You can also switch between multiple cop cars, jockeying for a better position as you stay on a target’s tail. During the course of the game, some absolutely brilliant ideas are presented, showcasing a remarkable amount of flexibility from what looks like a shallow gimmick. 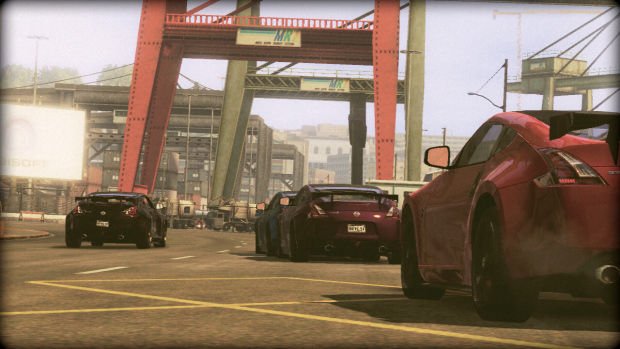 To leave a vehicle, one simply taps a button, where they’ll have free rein to whiz about the city in a first-person perspective. Pushing back on the right stick allows Tanner to climb to greater heights, getting a better view of the city and as the story progresses, he can zoom out farther. Fundamentally, the system works, but I found that traveling across the city took far too long. Zooming in and out is sluggish, especially when Tanner reaches the greatest height possible, and traversing the map to reach mission markers is a slow and boring trundle.

Once behind the wheel, things are a cocktail of fun and frustration. The various races, chases, stunts and time challenges are thrillingly innovative and well designed, but the cars control pretty awfully for the type of game Driver: SF wants to be. I’m of the mind that if you go for arcade-style, fast-paced, action-oriented driving, you don’t want “realistic” cars that skid around everywhere, but those are the types of cars Driver uses. It’s not uncommon to spin out at even the slightest nudge, a problem that is quite common thanks to awful NPC AI and oncoming traffic that actively steers into you.

Likewise, the game also enjoys cheating. Of particular note are races, which feature rubber-banding AI to a disgusting degree. Driver seems to deliberately make races unfair in order to force you to use the shift mechanic and cheat back, but it doesn’t stop it being annoying. The biggest issue is that the AI is designed to give the computer the greatest advantages while hindering players at every turn. For example, if you race into first place, then shift out of the car to possess oncoming traffic, the CPU will instantly slow down and allow enemy racers to drive past unchallenged. This is especially galling in races where you need to make two cars finish in first and second place. As soon as you leave one car to get the other in position, it will deliberately slow down. The only way to win these races is to possess NPCs and break every opposing car, which defeats the point of it being a race. 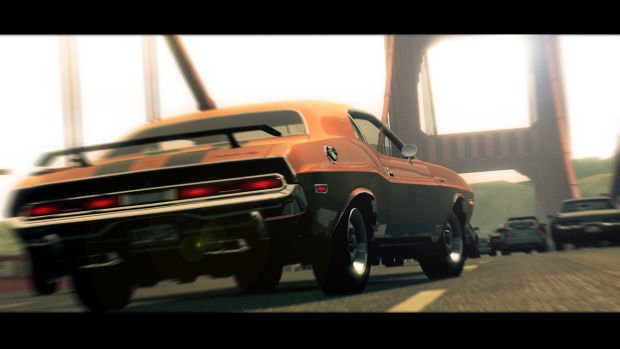 This can happen in chase sequences as well, with Tanner’s car happily slouching behind and allowing an enemy to escape while you’re busy trying to stop him with other vehicles. It seems like a needlessly frustrating ordeal, especially since the car handling is already challenging enough.

These moments of vexation, however, are punctuated by some vastly entertaining and very stylish missions that do amazing things with the central idea. Whether you’re possessing traffic to make them perform stunts in front of a film crew, or shifting around the city to destroy criminal cars before they find and smash a sensitive vehicle, there’s some amazing gameplay that you just won’t find in any other game.

Driver: San Francisco has plenty of content, too. Although the main campaign can be blasted through in a matter of hours, there’s a ton of optional missions to undertake and garages where new cars and gameplay upgrades can be purchased. You’ll be able to spend psych points — earned by doing just about anything in the game — to enhance Tanner’s powers, letting him ram into other cars or boost at super speeds. There’s a lot to play with, for those who want to take the time. 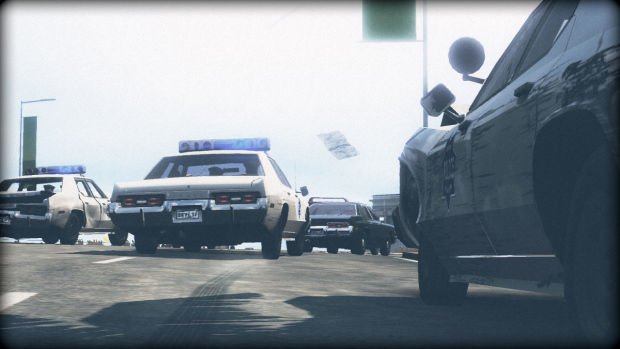 There’s a multiplayer mode, and Ubisoft won’t let you forget it. I am sure the publisher wants to make its “Uplay” online pass a big hit, but it could stand to not spam me with notifications every time I boot the game up. Annoying customers into putting the code in is not a very friendly thing to do.

Nevertheless, the multiplayer is a pretty fun little experience. There are multiple game modes such as Tag, in which players have to touch each other to become “it” and stay untouched as long as possible, or Trailblazer, in which players fight to stay within the stream that flows behind a fleeing car. Each match is preceded by a short qualifier challenge to determine what position all the players start from, and these can range from seeing who earns the most points for jumping, to who can smash the most objects in a street.

Like with most online modes these days, there’s an experience system, where players can earn extra upgrades to their powers and new personal icons. Ranking up is also required to unlock all the game’s match types, which isn’t an idea I’m particularly fond of.

The multiplayer is fun for a while, with emphasis on a while. The match types make very clever use of the game’s shift mechanic, but the ideas are only clever once, and you don’t really need to play for much more than that in order to squeeze the maximum amount of fun from the experience. There’s a two-day trial that players can use in order to try the multiplayer before entering an online pass code, and those two days are more than enough time to experience everything as much as it needs to be experienced. 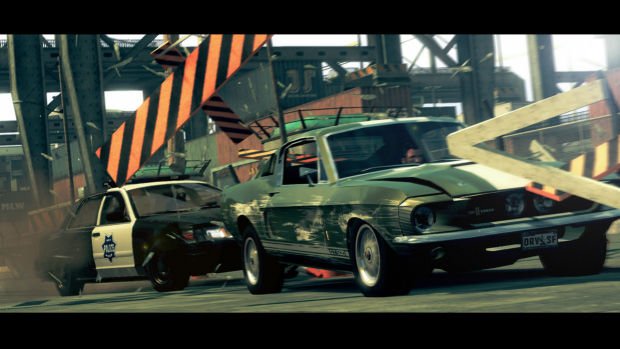 One defining factor of San Francisco is its sense of style. With its licensed cars, excellent soundtrack, and shamelessly silly narrative, Driver: SF has a very personal charm, not to mention plenty of silly humor. It’s a game that knows just how stupid it is, and fully embraces the fact, rather than ever attempting to take itself seriously. Sadly, it’s not a very visually impressive game. It’s certainly not ugly, but the textures and effects are rather flat and dull, with only the vehicles having any sense of visual flair.

Driver: San Francisco is a good laugh, and deserves immense praise for its ingenuity. It is sadly let down by some sluggish navigation and annoying vehicle controls, not to mention some severely imbalanced AI These issues hold back the experience, but certainly don’t stop it delivering a solid amount of fun. Fans of open-world experiences who want to try something new will find exactly what they’re looking for here, provided they can forgive the needless hassle involved.