A patchy return for Zo? Castillo

It wasn’t surprising to hear that the long-awaited Dreamfall Chapters would be split into separate episodes — it’s in the name, really. Episodic adventure games are well established now, so in my mind, separating a new Dreamfall game into smaller chunks isn’t a bad idea.

Book One starts at the end of 2006’s Dreamfall: The Longest Journey so if you’ve been dying to see what happens to Zoë, Kian et al. then you’ll be glad to have this story continued. Series newcomers might be left scratching their heads, wondering what’s going on. Trouble is, this episode doesn’t do much to help you understand what’s happening. You’re left wanting more. 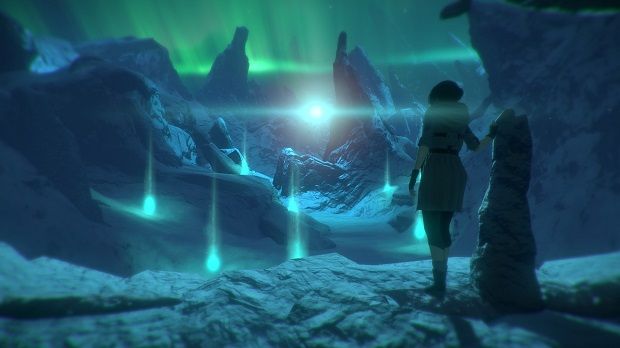 When I say that Dreamfall Chapters starts off where The Longest Journey concluded, I’m not being totally accurate. It turns out Zoë is still in her coma with little chance of recovery, stranded in a world between reality and dream called Storytime. Meanwhile, Kian remains in the magical realm of Arcadia, imprisoned in a foreboding keep and awaiting his execution. The third major character of the series April Ryan is, well… you’ll see.

As I mentioned, if you’re new to this franchise, you’re going to be confused at the start of the game, and even by the end you’ll still only have a vague concept of where the story is heading, or an idea of Zoë’s eventual home in Europolis (where the bulk of Book One takes place).

You know that Zoë has recovered from her coma and is now living a new life, reunited with her boyfriend Reza. There’s an election happening and Zoë is involved in campaigning for one of the candidates. Outside of that, there’s little to define Europlois.

Zoë’s adventure begins in Storytime, a sort of limbo-esque realm that she has found herself in while comatose. In the real world, there is now a device being sold called a Dream Machine that lets people share dreams with each other but causes those people to be stuck in Storytime and experience continual nightmares. Zoë is able to help a few of them but realizes that while she can save these people, those who need her help continue to grow all the time. She must somehow return to the real world and stop the problem there.

The first few interactions with troubled dreamers are interesting because they aren’t framed in the usual adventure game way of combining items with environmental objects. Instead, Zoë has some special powers in Storytime that allow her to manipulate the environment and the dreamers to try and help them escape their nightmares.

Whether it’s manipulating light, time, or reading a dreamer’s mind, these initial puzzles are different but before long Zoë must return to the real world. First of all, you’ll take control of Kian who has been told that his execution has been stepped up and will now happen at dawn.

Thankfully, a riot has begun with the intention of freeing him. This part is more your traditional adventure game, combining items you find in the environment to overcome obstacles like locked doors. Kian’s section in this episode is quite short but again, if you haven’t played a Dreamfall game, there’s not a lot of backstory offered. 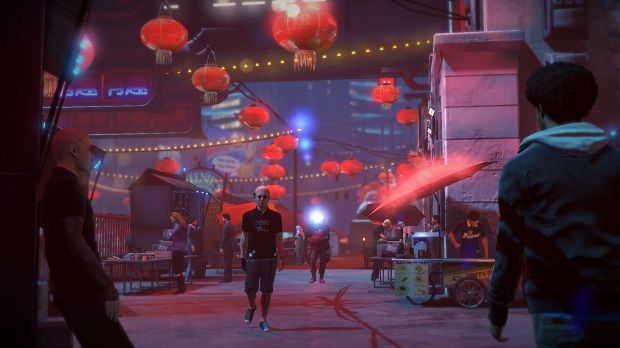 Zoë’s time in Europolis is where you’ll spend the bulk of the game, a gleaming sci-fi metropolis that is the essence of your typical cyberpunk city; it’s dark and illuminated by almost nothing apart from neon (oh my God, the lens flair is amazing) and there’s people walking about with LED hairstyles.

Despite this being the main location of the game, it’s hamstrung by a lack of engaging puzzles. There are few problems to solve and your progress is limited to just going to a certain location and/or talking to a specific person. That’s not a bad thing per se, as these interactions help fill out story details and contribute to building your picture of the world. The dialogue is strong throughout along with the voice work (although some of the character animations, specifically their lips, could do with improvements).

There’s some interesting dialogue and story options available. When asked a question, Zoë or Kian will have a few dialogue options to choose from; hovering your mouse over each one will let your character read out what they think their response will be and their motivation for giving that answer. It’s a deeper dialogue system that most games and it lessens a lot of the guesswork that tends to lurk in most game conversations.

You really feel like you know why your character is giving their reasons for choosing a response rather than assuming. There are of course different moral choices that to be made throughout the game, ranging from saving a person’s life to buying sausages. You’re told that these decisions will affect the story and your relationships with certain characters, but it’s hard to tell how well that’s going to be implemented this early into the series.

You’ll get a chance to review these choices at the end of the chapter, just like one of Telltale’s recent games. Just as an interesting aside, Red Thread Games has the option of not sharing your choices and playing the game in an “offline” mode. 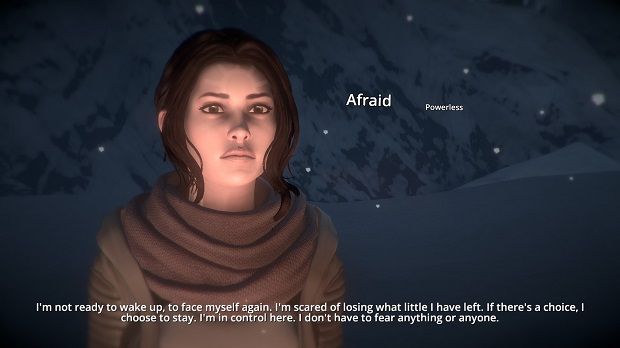 Dreamfall Chapters: Book One is a shaky first step for the series; it’s in a difficult position of continuing the story of two previous games while introducing a standalone series. It doesn’t do a good job of the latter. If you’re a newcomer to the series, you’ll be pulling together bits and pieces of the story as you find them. Even something as simple as an opening movie or cutscene would provide a good foundation for Dreamfall Chapters to carry on its story.

There are only a few real puzzles to gate your progress (almost all in Kian’s section of the game) and although that’s consistent with the series as a whole, the interactions between Zoë and other characters leave much to be desired. The cast is interesting and memorable and the various settings are well realized, but it feels that more can be done with all of these elements that will likely be presented in future releases, which I’m keen to play.