A fjord in the nord

Graavik looks like a postcard. A small village nestled alongside a larger-than-life fjord, the town’s pastoral architecture and scenic landscape combine to create an impossibly beautiful place. Anyone would be lucky to wind up here, amid an ancient valley and too-blue waters. But Graavik is empty. And as one of Draugen‘s main characters points out, from a distance, the idyllic village “looks like a place made for ghosts.”

Draugen is a first-person exploration game about Teddy Harden, a self-serious bookworm, and Lissie, a 17-year-old girl with an adventurous spirit. The duo arrives in Graavik in hopes of tracking Teddy’s younger sister, Betty, after her apparent disappearance. But what begins as a simple search for a missing sibling quickly becomes an exploration of grief and loneliness in a town full of secrets. 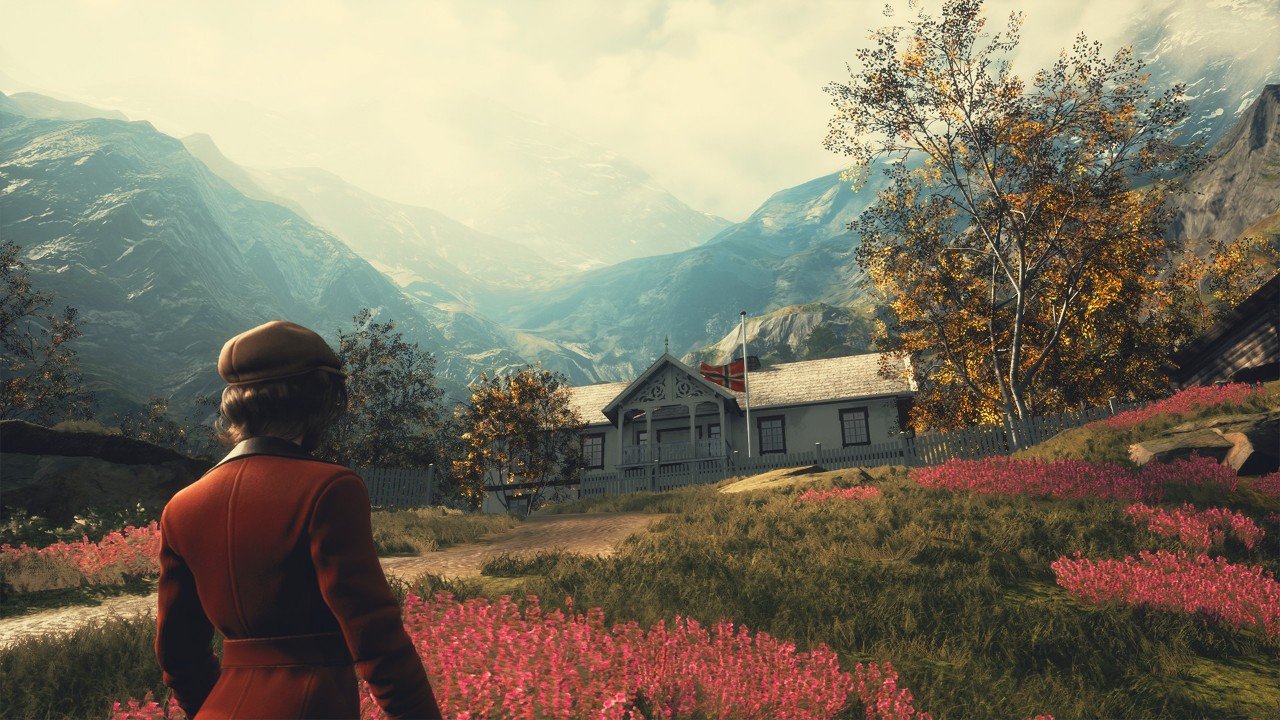 Like life in a small rural town, Draugen moves at a slower pace. Teddy and Lissie are an odd pair, one deadly serious and the other seriously overeager, allowing their investigation to unfold through dialogue and interactable objects scattered throughout Graavik. It’s slow going at first, but after spending a night in the home of Graavik’s most powerful family, the story starts to point toward a larger mystery.

Tragedy defines Graavik’s recent history, adding weight to the village’s empty homes and linking Teddy’s search to key players of the once-prosperous company. Teddy and Lissie travel across Graavik, poking and prodding at the clues that shape Draugen‘s overarching story. Nothing ever quite adds up – Betty’s belongings appear in strange places and the truth is always just out of reach.

Most of Draugen‘s gameplay revolves around Teddy finding clues and discussing them with Lissie. As Teddy, players will interact with, say, an abandoned preacher’s pulpit, prompting an exchange between the duo. On-screen prompts occasionally appear, allowing Teddy to discuss details with Lissie, often steering the conversation in one direction or another by highlighting important facts or skimming over others. The system works well, allowing Draugen to both parcel out tidbits of narrative development and define Teddy and Lissie’s unique relationship.

But once the pieces start coming together, Draugen‘s cracks become more visible. When the game finally plays its hand, what should be monumental reservations land with a flat “well, duh” at best. This isn’t to say that the story is boring or uninteresting. In fact, Draugen approaches its themes of grief and loneliness with a meditative hand. The payoff just feels telegraphed from the get-go. 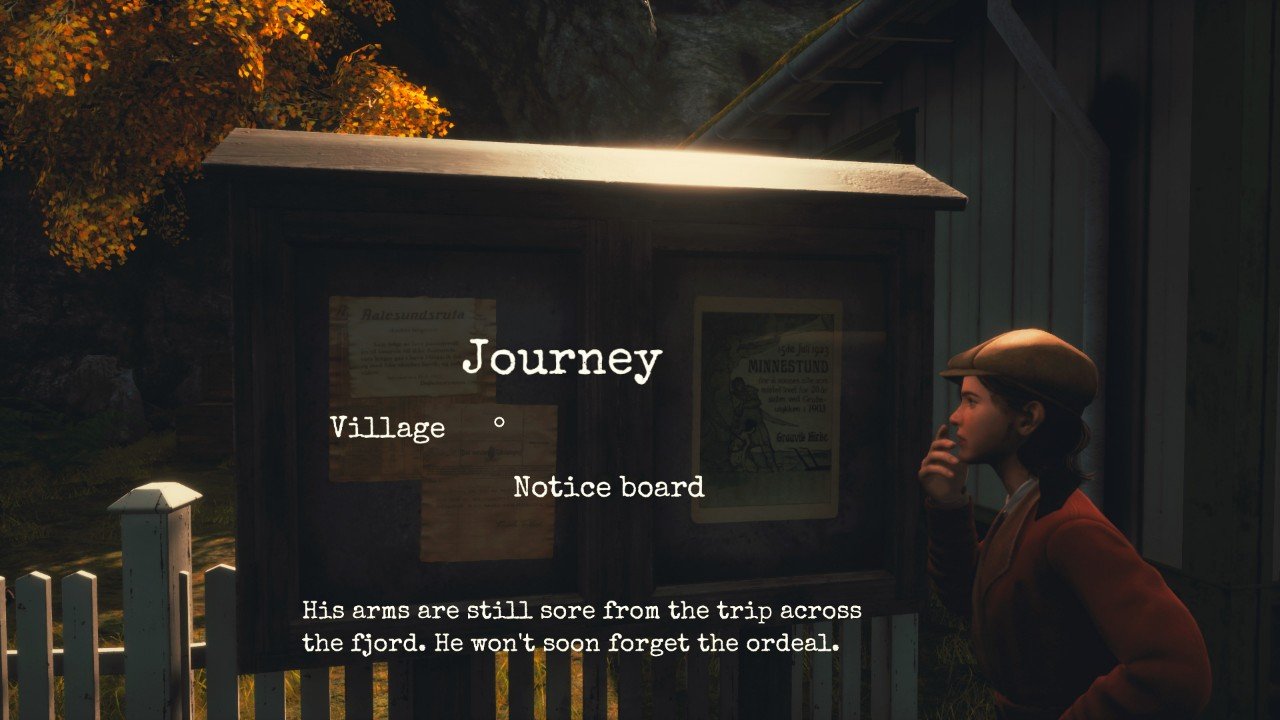 Draugen ultimately feels like it’s only telling half of a complete story. After two acts that balance exploration and exposition, its final chapter crashes towards a conclusion. Teddy, Lissie, Betty, and the ghosts of Graavik’s past are inexorably linked and though symbolically significant, the game’s final moments seek to come together a bit too neatly. It’s the journey that works here, not the destination.

Despite its narrative shortcomings, Draugen still has plenty to offer. Graavik has no shortage of beautiful views and stunningly detailed locations. In under three hours, Draugen pulls off a series of well-composed shots that are worth the entry price alone. Teddy and Lissie’s story never reaches its full potential, but there are worse ways to spend a few hours than exploring a wind-swept fjord.