When Nintendo first announced it would enter the mobile market, I thought it was going to do things differently. I thought the presence of arguably the greatest game developer ever would shake up the market and put an end to the dominance of those free-to-play gacha whale hunters I see advertising themselves during football games. For its first four apps, the company actually did do things differently, merging its old school game design philosophy with the demands of the mobile marketplace.

Turns out, that’s not really what the audience are in the market for. One of its games shut down already and two of the three others are struggling to make an amount of money Nintendo deems acceptable. They aren’t bad, but it’s clear the company’s approach isn’t exactly meshing with the demands of the marketplace. With Dragalia Lost, Nintendo is done doing things differently, choosing now to simply fall in line with the rest of the industry. 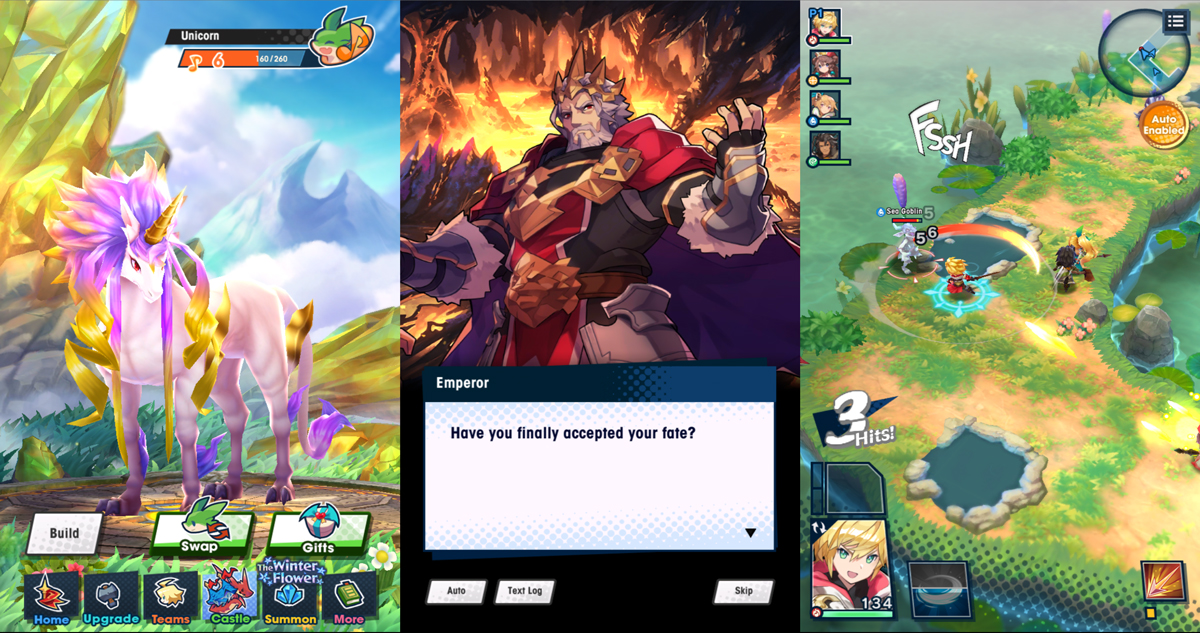 Dragalia Lost takes place in the kingdom of Alberia, a nondescript land home to nondescript heroes who are about to go on a nondescript journey. The player character, who for the sake of this review I’m going to call Djedkhonsuefankh, is the seventh in line to inherit his father’s throne. During a trip to go form a pact with a dragon, Djedkhonsuefankh is confronted by an evil version of his father, who kidnaps his sister and sets our hero on a quest split between extremely short dungeons and expository bits of narrative.

Well, I should say “chunks” of narrative. These often over-written story segments easily make up more than half of the time I spent in the campaign. The writing’s not bad, but it can be excessive. Thankfully, I am given the option to skip all the dialogue without being penalized. Whenever I do skip, the game gives me a quick, two or three sentence summary of what the scene covered.

The writer in me feels bad about skipping over somebody’s hard work, but that feeling of remorse is easily outweighed by how impressed I am about just how much lore is in this game. It’s clear that developer Cygames, one of the more prominent mobile developers in the world today, really leaned into the creation of this game and its world. There are annals of information available to players about the history of the kingdom, characters, and the dragons. Yes, this world doesn’t seem to contain an iota of originality, but the passion is there.

The story segments of each chapter of the campaign usually bookend the brief bouts of combat. Dragalia Lost is a party-based dungeon crawler that requires just one finger to move your character and fight enemies. It’s an intuitive design, but doesn’t always work the way it should. A simple action that repeatedly fails for me is Force Strike which requires me to hold my finger to the screen without moving it. This attack is regularly required as it breaks enemy shields, but the slightest movement of my finger, so slight that I don’t even notice it, will cause my character to start walking instead of pulling it off.

In combat, I’m only in direct control of my party leader. Thankfully, the AI does a decent job of managing the rest of my team. They dodge and attack with some regularity and only really weigh me down if I forgot to micromanage my team. I can switch my party leader to whomever I choose and surprisingly, there is a bit of depth here as characters who wield similar weapons won’t control in the exact same way.

Weapons are one of three ways I can customize the characters on my team. There are also cards that grant stat or ability bonuses called Wyrmprints and dragons I can transform into during battle once I collect enough shards. Then there are the Mana Circles. These play a crucial role in powering up characters outside of the standard leveling system. Each circle has a variety of different power-ups, from new attacks to strengthened defense, which are unlocked with mana. Characters have multiple circles to power up with, but gaining access to them all will take time and supplies.

Weapons, Wyrmprints, and dragons can all be leveled up and strengthened as well using their own, unique collectibles to do so. This means there is a lot of clutter to sift through when trying to micromanage your team. Dragalia Lost does a good job of keeping everything easy to understand, but it’s hard not to see most of it as artificial bloat meant to keep people spending their Wyrmite. 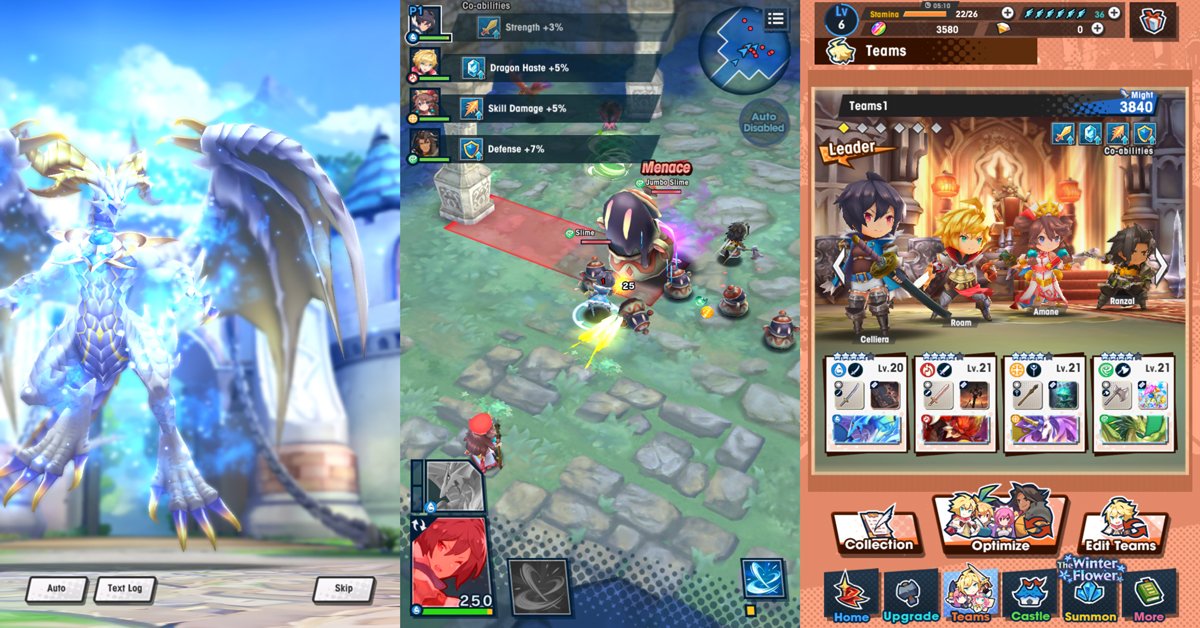 Wyrmite is the currency you earn through gameplay to perform gacha summons as well as expand inventory space or refill stamina or Getherwings, the latter of which is a separate stamina meter for co-op play. Diamantium is the purchasable currency that runs the standard gacha prices. Performing a tenfold summon costs 1500 of either currency, which equates to roughly $3 a pull, making it only slightly more expensive than buying the same amount of pulls in Fire Emblem: Heroes. Of course in that game, when you do 10 pulls you’re guaranteed to pull 10 characters. In Dragalia, those 10 pulls are split between characters, dragons, and Wyrmprints.

All of the micromanaging and busy work — including bonding with dragons, crafting new weapons, and an undercooked castle/town sim system — keeps the app turned on as I pretty much just go through the motions every day. All of these extra systems I could deal with if the primary draw of the game, the dungeon crawling, was any good. It could be, but right now it’s far too short and too simple to be engaging. Even when stamina costs increased, the dungeons showed no signs of improvement. I will say, though, the dungeons are exceptional to look at. There is some wonderful art design found throughout Dragalia Lost and I can tell Cygames had fun coming up with all those Wyrmprint cards. The game also has some remarkable music, sporting a bright and spritely soundtrack that makes those extensive conversations a bit more bearable.

The wonderful art, music, and lore deserve to be in something more original than Dragalia Lost. There are a hundred different versions of this game already available on app stores and it doesn’t do very much to hoist itself above the competition. This title may represent Nintendo’s riskiest attempt at breaking big into mobile gaming, going with an original IP instead of known property, but it also represents its least creative.