Hell on the go

It’s a weird phrase I’m not used to seeing. During the Wii U era, PC, PS4, Xbox One kind of just flowed out of my fingertips. It’s muscle memory at this point, seeing a major multiplatform game on the “big three” and forgoing Nintendo completely.

But in less than a year for the Switch, that’s all changing, and Doom is one of the first to do it. 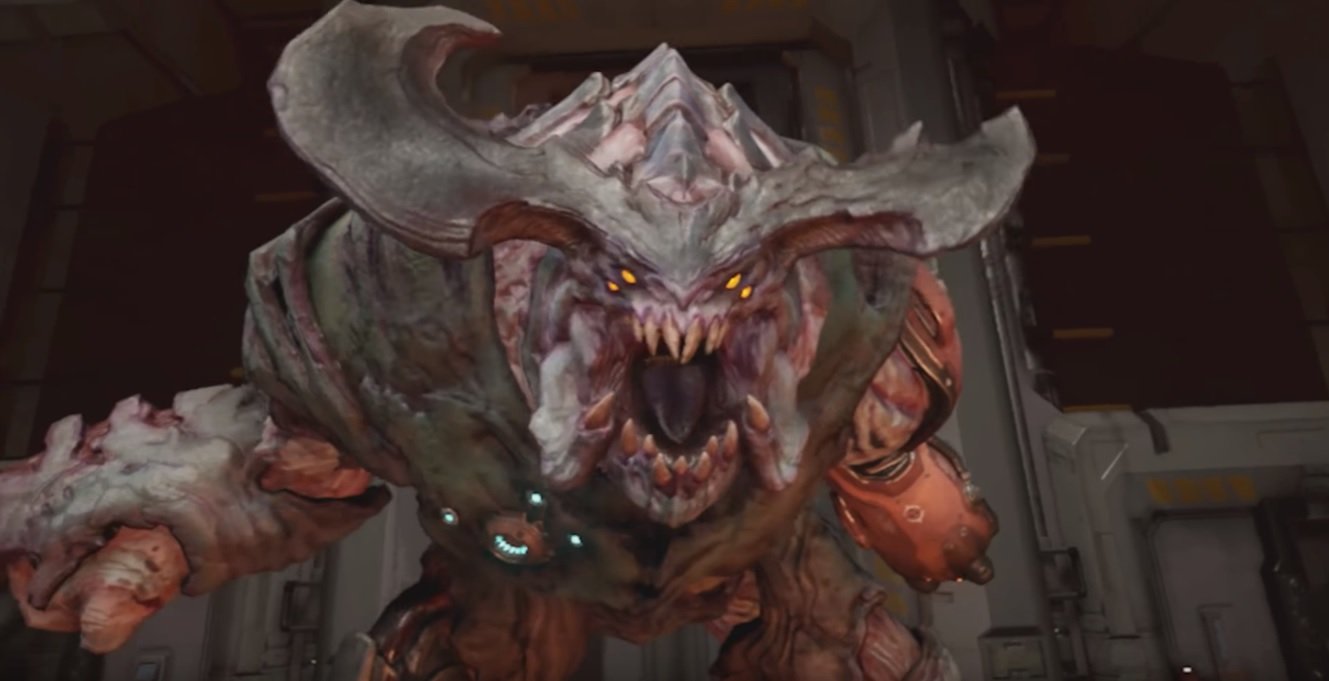 [This review focuses on the single-player portion of Doom for Switch.]

Don’t fret too much on the concessions that were made to plop this on the Switch, it’s basically the same ultraviolent Doom you knew from last year. There’s just one major content caveat — no SnapMap — a feature that I never felt compelled to use in the original. Oh, and multiplayer requires a massive patch, so you’ll need a hefty amount of SD card space available (a necessity that’s required of any piece of hardware now that there are 100GB PS4 Pro and Xbox One X patches).

So while the guts are nearly identical it doesn’t run as well as its counterparts. Ready for the bad news first? It’s 30FPS instead of 60. We knew this already, but going from playing the already smooth base Doom on other systems, it does feel bad. Not so bad that it feels unplayable though, not by a longshot. Sure I’d like to have the best framerate possible, but I quickly got over it when I held Doom in my hands and blew stuff up in bed in tablet mode. It feels well suited for the Switch, especially when coupled with arcade mode. The kickass soundtrack (and one of the only OSTs that I need to play with the volume jacked up) also survives unscathed.

Another thing you’ll probably notice is that the visual style is a little less detailed. That’s a lot easier of a pill to swallow. This is Doom, not The Order: 1886 or some other narrative shooter. I don’t spend a whole lot of time admiring areas as much as I’m double-jumping around them shooting rockets at demons. How much you’re wiling to give Bethesda (and Nintendo, for creating the hardware) on this is up to you. I recognize that no other version is portable natively, so giving up framerate and some fidelity is something I can live with. The price point (it’s $60 as opposed to the deeply discounted ~$30 for other versions) is also going to be contentious, but your wallet is your beef.

Nothing important feels compromised. I can still pull off the same high-flying moves as I could on other systems, and conquering the tougher difficulties is just as satisfying. The nuances of combat, in terms of which weapons to use, when to blow your alternate fire, which upgrades to get, when to Glory Kill for health, and when to use your chainsaw for ammo — it’s so wonderfully done that you won’t fully realize that you’ve made 10 decisions in a matter of seconds.

The whole “walk and talk” narrative ensures that Doom is never bogged down too heavily by exposition, and there’s more than enough room for worldbuilding and justifications for spelunking around Mars and Hell. Doom‘s whole “no sprint button, no emphasis on cover, no regenerating health” arena mentality is still welcome a whole year later in a genre littered with those mechanics and hero shooters.

Although this review is primarily focused on the campaign, I did try out multiplayer, which was surprisingly active pre-launch. It’s a little rougher than the solo portion though, because while the game claims to use dedicated servers, the increased amount of action going on leads to some hitching. A complete deluge of all existing DLC is appreciated, but all the add-ons in the world couldn’t get me to consistently play Doom online on any platform.

Bethesda did it — they ported Doom to a Nintendo console. It might not be the prettiest version, but it works, and it was enough to get me to play it all over again. Nintendo learned a lot from its failure on the Wii U, and its ability to welcome in more mature games on the system is something it hasn’t done in quite a while. It’s a message for all the prospective first and third parties alike — keep doing it.