I’m at the point in PlayStation VR ownership where I’m still actively seeking out new games on a regular basis, but I’m also not willing to play just anything because it happens to support the headset. That novelty has long since worn off, especially as we’ve gotten some truly standout full-game experiences as of late. If I’m going to wheel out and park my office chair in front of the PlayStation Camera and get properly situated to play in ideal conditions, it’s gonna need to be decently compelling.

Knowing that Dexed was made by Enslaved studio Ninja Theory was enough of a hook to pull me in, and the trailer seemed promising enough. The polish is there, but unfortunately, it’s just rather dull. 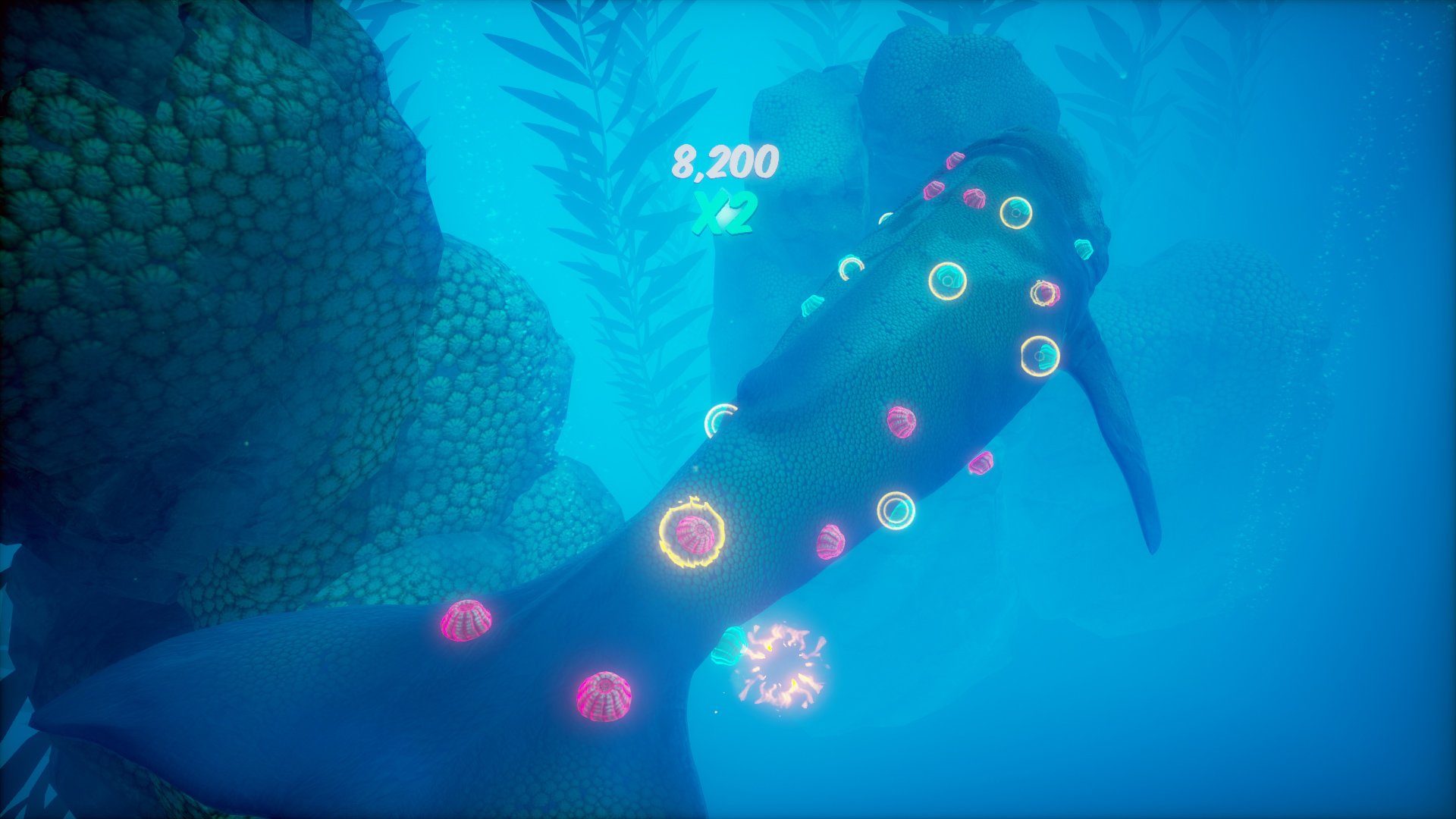 This is an on-rails shooter, one that has players painting targets to lock on and fire off the correct elemental attack — fire for ice enemies, and ice for fire enemies — to keep their combo going for a higher multiplier and, ultimately, a higher score. That’s essentially it. That’s the whole game.

From what little footage I had seen beforehand, I had hoped Dexed would expand on these concepts — that there’d be more to it further in. That’s not the case. In each level, flaming skulls fly around in various formations, and you’ll also see groups of bunched-up enemies pop out of the ground. You’re meant to lock onto as many foes as possible before firing, and if you mess up, you can cancel. And if you somehow get all panicky and don’t cancel your incorrect lock-on, a projectile will hurtle toward you that you can then block by activating a shield. Dexed doesn’t get any more complicated than that aside from a rare moment or two, like the whale screenshot above, where you’re not gunning down skulls.

The four levels are themed around an ocean, a forest, lava, and snow, and experiencing them in virtual reality won’t feel particularly novel unless this is your first time with a VR game. It’s slow-paced, and relaxing, but to a fault. Then there’s the final level — a boss battle against an octopus (huh?) in which you sit still, waiting to lock onto its exposed weak points — that’s over almost as soon as it starts.

What I’ve described so far might sound bad, but it’s really not. It’s totally vanilla. At least on a technical level, the tracking worked quite well whether I was playing with a DualShock 4 or, preferably, dual PlayStation Move controllers in order to have two independent crosshairs. Even spinning around in my chair to catch stray targets didn’t seem to deter the system. That reliability is impressive.

On the highest difficulty setting and in Arcade Mode, which is Dexed at its most engaging, it can feel like you’re playing Twister with your arms — you’ll lean and contort to line up your shots juuust right. That mode puts you in a single stationary room and feels more like a wave-based arcade game, with telegraphed enemy formations and fast, frenzied bonus rounds that become genuinely challenging to keep up with. You even have access to a screen-clearing bomb and a freeze-everything ability to ever so slightly spice up the proceedings. If only there were more variety to the game design.

Dexed is the kind of thing you might play a few times, in short sittings, and never return to again. There’s not enough here to earn your continued interest, and while the on-rails shooting works well and seems promising at first, the game it’s attached to fails to build on that initial seed of an idea.