Worth a week with PlayStation Plus, but not much more

After being delayed out of the PlayStation 5’s launch window, Destruction AllStars is rolling onto the scene at an opportune time. This hero-based destruction derby game would’ve struggled to catch on as a full-priced release, but as a PlayStation Plus pack-in, it might build enough of a recurring player base.

For those of us lucky enough to secure a PS5, slowly but surely, we’ve been running out of new things to try. Personally, my list is dwindling. As brilliant as it is, and as much as I adore it, Demon’s Souls can only last me so long. My PS4 backlog has been doing a lot of heavy lifting so far – especially with some of the performance-boosting updates that are popping up for older games – but there’s something special about a built-for-PS5 title that looks sharp and plays well. Destruction AllStars fits the bill.

My first night with the game was encouraging – the cars have breezy handling, the rules and controls are easy to learn, and getting into an AI or even online match is snappy. In other words, Destruction AllStars is the kind of chill game I could pick up again after a six-month break without feeling lost.

At the same time, I worry about its longevity. It’s surprisingly light on content and that’s a big problem. 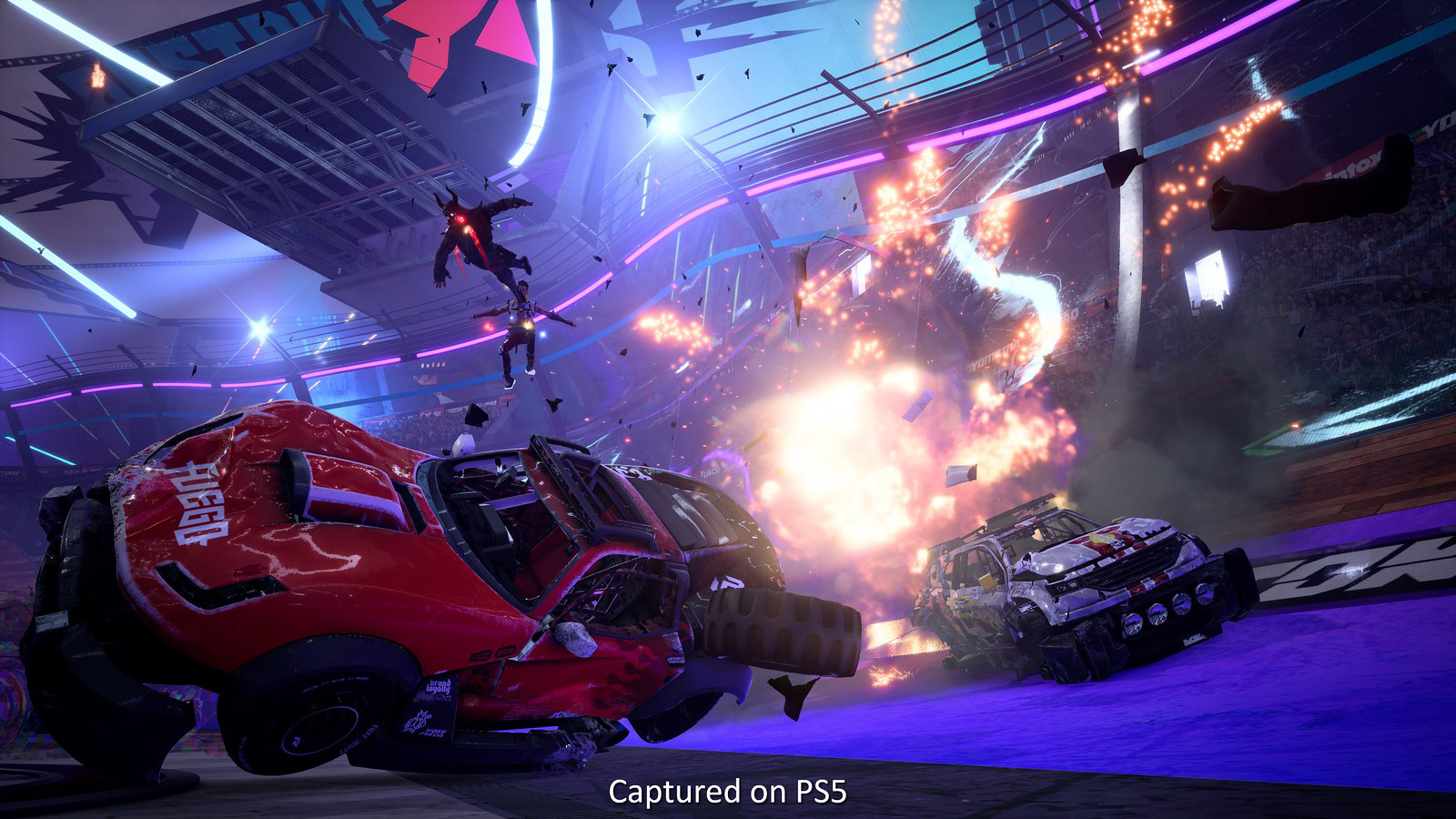 If you’re in the mood for a low-stakes competitive multiplayer game, you might dig this one. It’s as simple as picking one of 16 drivers, jumping into a disposable car, and smashing into other vehicles. There are other elements, of course, but that’s really what it comes down to, for better and for worse.

Destruction AllStars‘ controls are dead simple: you can accelerate, reverse, and drift as you’d expect in any modern car game. On top of that, you can do a side-slam and charge attack using the DualSense’s right stick. Both of those moves run on a cooldown, and while the ability bar is quick to refresh, you have to be a little forward-thinking. Barging is more destructive when you have a lot of speed built up.

If and when you wreck – or if you see a more enticing vehicle that’s calling your name – you can eject your driver and run around the field. I’ll never get tired of the way characters dramatically hurtle across the screen. It’s fun every time. On foot, you’ll have to dodge oncoming cars looking to mow you down, and it’s also possible to punch other competitors, but there usually isn’t a strong incentive to do so.

For the most part, you’re only going to (willingly) exit your car to Play the Objective, jump into a fresh ride, or collect out-of-the-way gems that can rapidly fill up your “hero ability” and “hero vehicle” meters.

Each hero in Destruction AllStars has a unique on-foot ability and a custom-tailored vehicle that affect gameplay and can significantly shift the tide of the futuristic destruction-derby game-show battles.

When your meter is full and you pop your hero’s Breaker ability, you’ll run faster and double-jump no matter who you are. Different characters also have different perks: Lupita leaves a fiery trail, Shyft goes invisible, and Sgt. Rescue drops smoke in his wake, to name just a few. Some are clearly better than others in most situations, so it’s worth taking the time to read up and figure out your favorite drivers.

Similarly, you can summon your hero vehicle when that corresponding meter fills up; there’s no reason to wait. Hero vehicles are much flashier and, unlike common cars that regularly cycle in and out of the map, they can’t be stolen from you. All of them have a specific offensive or defensive ability that runs on a cooldown. A few examples: Ultimo Barricado’s car can turtle up with a shield, Genesis can blast forward in her spaceship-with-wheels, and Blue Fang can pull out some gnarly front-facing sawblades.

There are enough players in the mix that you’ll feel like you can have an impact on your team without feeling pressure to play perfectly. I appreciate that vibe. In many of my matches, I kind of did my own thing until my hero vehicle was ready, and then I tried to make significant game-changing plays.

There were times early on where I didn’t quite pick the right character for the right game mode, and as a result, I didn’t feel very useful or engaged. In online matches especially, it can sometimes be a chore to find where everyone’s at in the arena, and even then, it can be tricky to line up your head-on collisions. 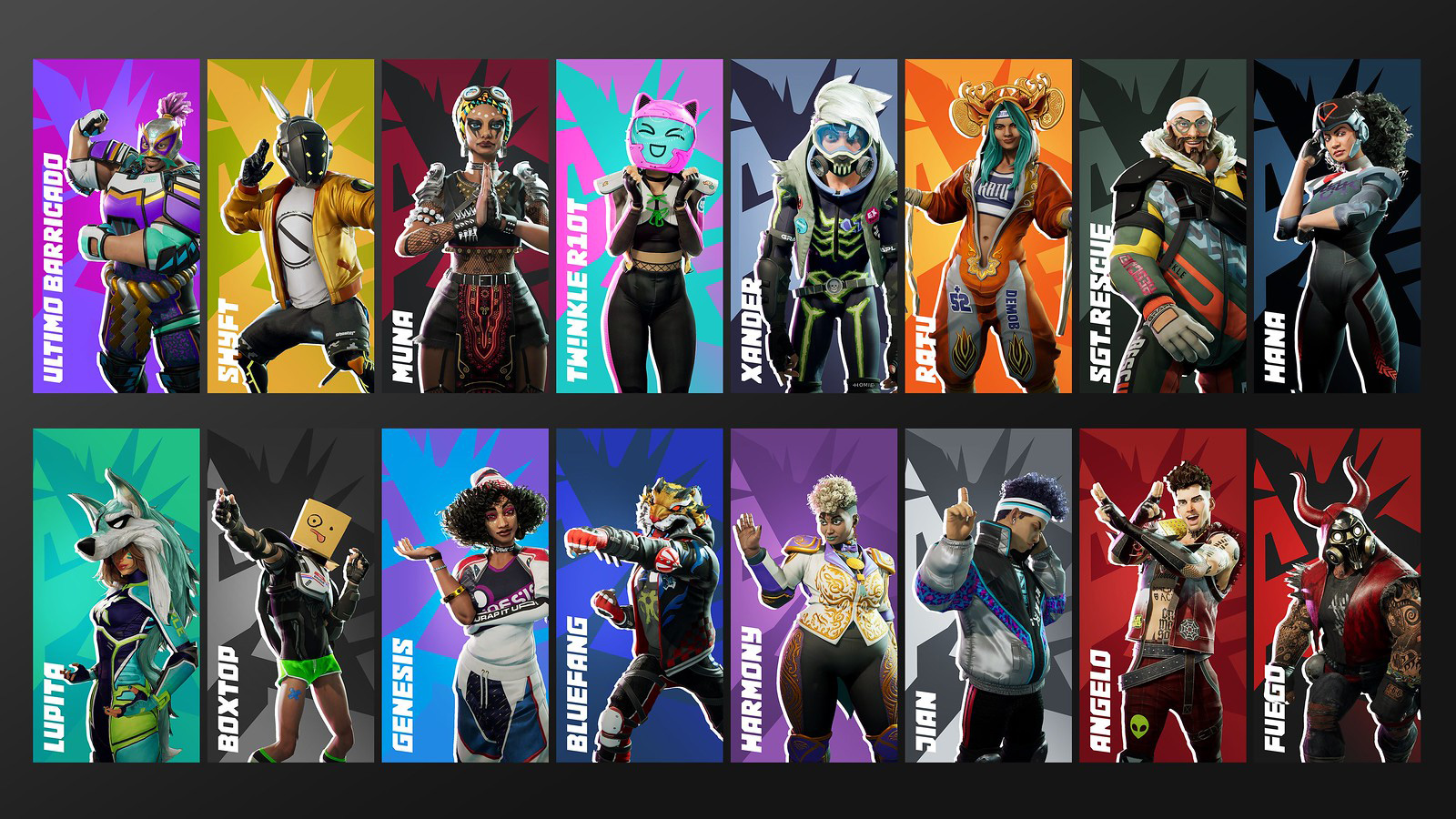 Unfortunately, there are only four multiplayer modes and a few arenas to play them on. If you’re anything like me, you’ll primarily stick to one or two and ignore the rest. I was hoping for a lot more.

The highlight is definitely Carnado, a mode where two teams smash each other to smithereens to accumulate gears. When your car is about to go up in flames or you’ve maxed out your storage, you’ll need to drive into a tornado in the center of the map to “bank” your points. Doing so will fling you out of the wreckage and you can start the process all over again. It’s basically Destruction AllStars distilled.

Another mode, Stockpile, also revolves around collecting gears – but this time, you have to exit your car to physically collect them and drop them off at one of three control points. It’s a tug-of-war for map control. There’s also Mayhem mode, which is a more casual score-chasing free-for-all mode.

The last one, Gridfall, could be my favorite, but it needs tweaks. It’s a free-for-all knockout match with a floor that falls apart like you’re playing the old Xbox mini-game collection Fuzion Frenzy. It’s fun to try and ram people off the edge without also tumbling after them, but the low camera can make it hard to see the stage, and the way players earn respawns could use some work. It can be over in seconds.

In terms of single-player support, there’s not much. You can play the aforementioned modes against the AI – I actually recommend it! – but the quote-unquote story mode is super bare-bones right now. There’s a freebie set of levels for one character, Ultimo Barricado, and that’s it – the rest will cost you. Currently, there’s one other set of levels to unlock, but you’ll need to pay for it because Destruction Points, the currency needed to access it, aren’t being doled out in daily and weekly challenges yet.

On a semi-hopeful note, I enjoyed the way these missions pit a particular character against their personal rival, and I had a good time trying to earn all of the optional goals. There are even a couple of concepts that aren’t found elsewhere. One mission plays like Crazy Taxi as you shuttle people to their destination with a strict time limit. Another is a half-on-foot, half-behind-the-wheel time trial course. 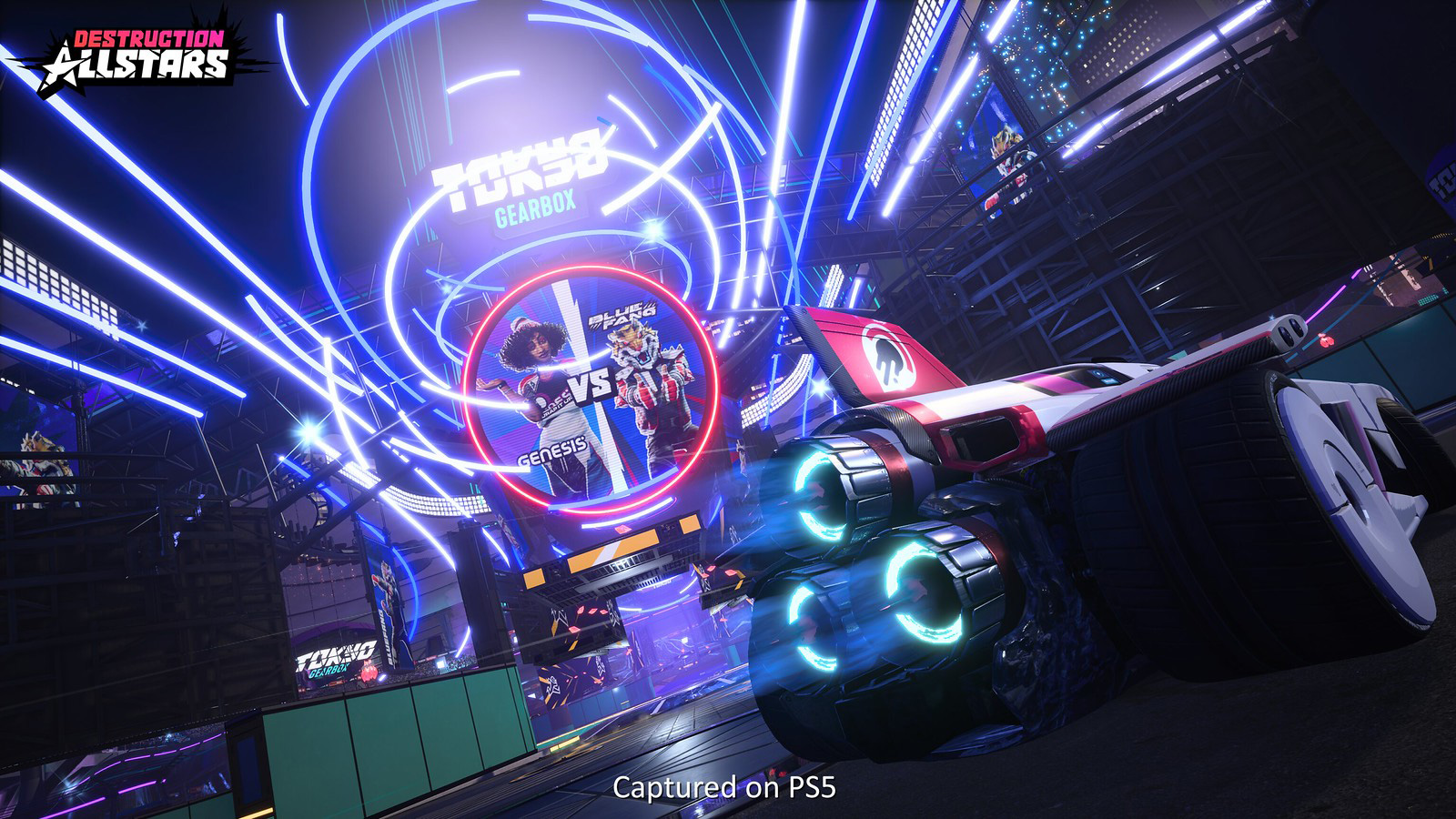 Lucid Games should make more of these levels available to players who invest time instead of money, because they’re among the best stuff in Destruction AllStars. It’s a shame they’re so short-lived.

The core of Destruction AllStars is arcadey fun, and I can get behind that, but only to a point – the simplicity also works against it. The car combat is shallow fun, the on-foot platforming and brawling are missing a compelling hook, and there aren’t enough modes to make the most of the whole cast.

As is, the XP-based progression and cosmetic rewards like recolored outfits and silly emotes aren’t captivating enough to keep me playing this game much beyond its first week. These incentives to keep playing just don’t cut it in 2021. The live-service competition is too fierce; our attention is too divided.

For what it’s worth, Sony and Lucid say they’re planning “regular season updates” with new game modes and new characters – that’s going to be crucial once Destruction AllStars is no longer included with PlayStation Plus. At this point, with the current outlook, I don’t feel like it should ever leave.

By all means, claim this game and enjoy it while you can if you have a PlayStation 5. But don’t expect it to stay in your weekly rotation for very long. It’s a nice enough intro to the console, but it’s fleeting.

[This review is based on a retail build of the game obtained with the author’s PlayStation Plus subscription.]