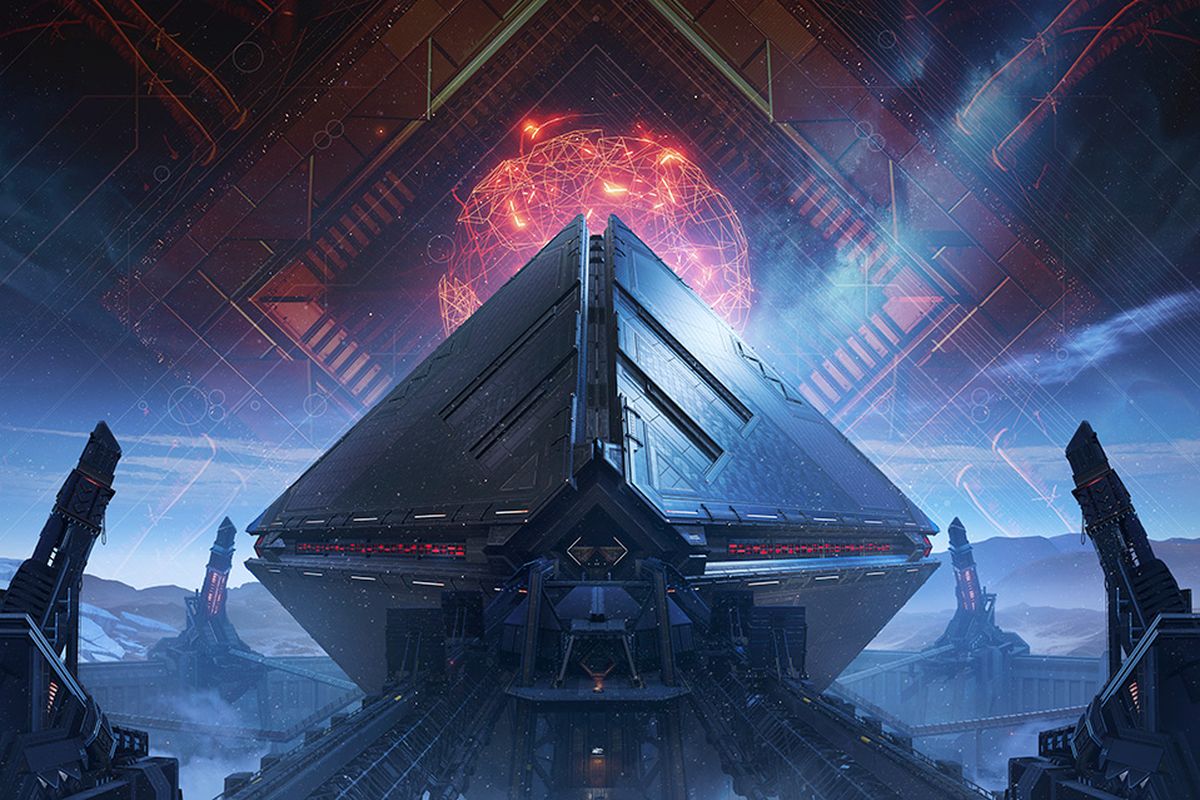 Does naming your kid Rasputin have a negative impact on their childhood?

Bungie has been fighting an uphill battle ever since the launch of Destiny 2. It’s not just the lack of meaningful content or the features that were torn asunder from the original, it’s the severance of trust that hurt them.

Time and time again Bungie proved to its playerbase that it thought it knew better, and despite vows of upping its communication game, they’re still mostly taking a walled-garden approach, at least on the executive level. The tepid launch of the first DLC didn’t help things, and now we’re reaching the end of the season pass honeymoon with Warmind. 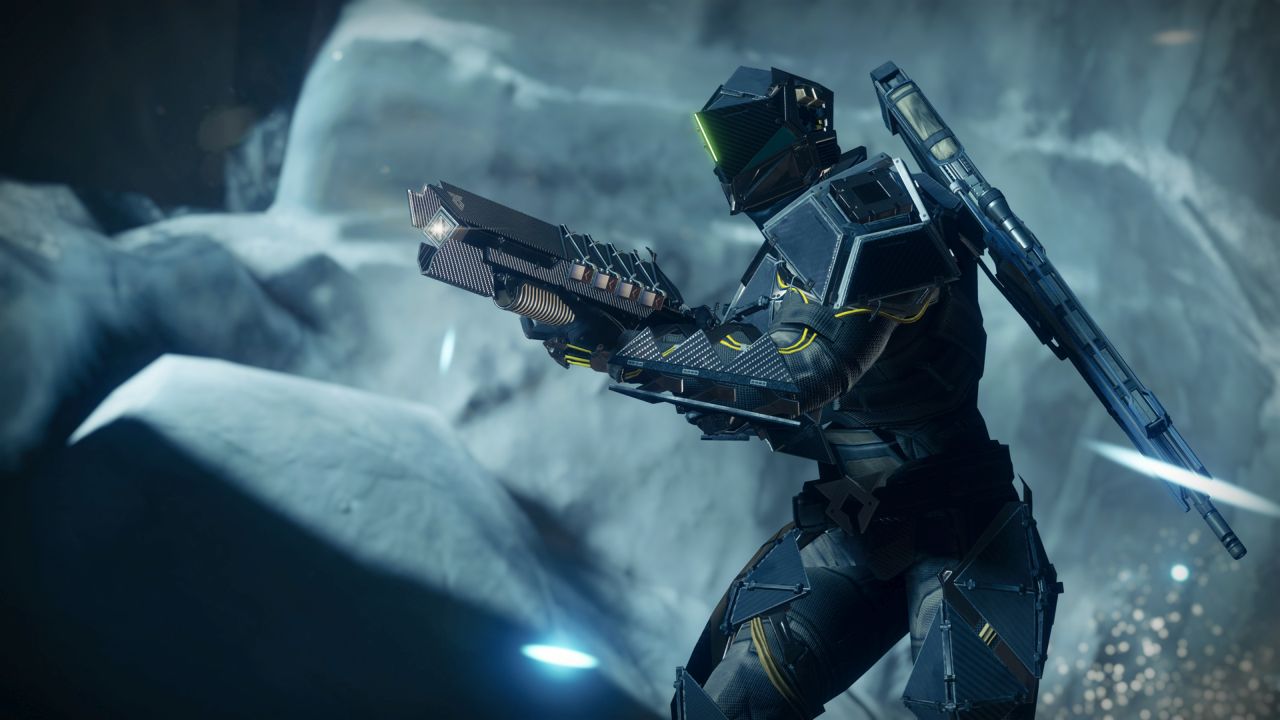 Brass tacks you can hit level 30 now and a new power cap of 380, and there’s a new set of missions to do it in. But let’s get right into the narrative of Warmind. Given how badly Curse of Osiris failed to deliver any meaningful advancement of the story before it, it seems the most relevant.

Warmind is driven by Ana Bray, famed gunslinger and off-screen mysterious entity since the original Destiny. Don’t get used to her, as you won’t be seeing much of her beyond her ability to serve as a vending machine following the short narrative. She leads you to the icy cold plains of Mars to take on the Hive once again and save the day in this low-stakes storyline. You may have missed the biggest misgiving of note there — the Hive are back in town (the Hive are back in town).

We’ve seen mission after mission and even several DLCs focusing on them since 2014, and the new spooky ice skins aren’t enough to differentiate them from the same things we’ve seen for years. Once again Bungie has re-skinned an existing enemy instead of giving us a new one, as the Hive are now…sub-zero-fied. You’ll also do battle with the remnants of the Red Legion (read: more Cabal) because…they’re shoved in too. To paint a picture, the first miniboss you fight is another Ogre that acts just like Ogres have for the past four years, and one of the last minibosses you fight is…also an Ogre.

The idea that you’re going on some sort of clandestine mission that the top brass don’t know about is such a DLC thing. It doesn’t really impact the main story (that will probably come later this fall with the presumed $40 Taken King-esque real expansion) and for several hours, you can enjoy a bite-sized chunk of Destiny. Story and originality were never Bungie’s strong suit, so let’s take a look at how the missions actually panned out in terms of popcorn action.

Mars looks and is designed a lot like it was presented in the first game, adorned with Clovis Bray buildings, but this time there’s some icicles on them. Brief uses of the valkyrie weapon (a devastating energy spear that can be thrown or used in a stompy fashion) provide respite from the same types of missions we’ve become accustomed to, but those moments are infrequent. Strikes, thank goodness, are separate from the campaign and are their own thing (though surprise, most of them are repeated story missions). The last boss though — against a god no less — needed to be longer than two minutes. Rasputin, the other mysterious element that’s been a part of Destiny since day one, is basically reduced to a series of air vent target practice.

Other than namedropping, Warmind‘s story doesn’t really get a chance to go anywhere because it’s so brief, clocking in at just a few short hours. Within four I had completed every activity on Mars, and I am now at the grinding stage.

After you’re done with the short Mars romp you’ll have the rest of Destiny 2 at your fingertips, which has been given an injection due to the rest of what Warmind has to offer. First up is the new Hellas Basin Mars patrol zone, which is slightly more impressive than the pitiful room offered in Curse of Osiris. It actually has two fast travel points and you can use your sparrow to get around — even if, with one exception, it repeats a lot of the same public events (Warsat defense or even the rig defense, where you fight the exact same generic Cabal elite, and the Wizard portal mission on Titan; reduce, reuse, recycle!). So what’s the exception? Here you can initiate Escalation Protocol, a seven-wave horde gametype. Finally, a horde mode in Destiny 2.

This is probably the shining star of the DLC — a repeatable string of challenges that Osiris could have delivered with the Infinite Forest. With a rotating set of weekly bosses I can see doing it for the foreseeable future (just like Court of Oryx, it’s exciting to log on and fight something new), and bringing in a crew to do what is essentially a miniature open battle is another fun activity with friends. It’s not nearly as elaborate as the Prison of Elders, but it’s one good example of a way to organically integrate things into the hub you’re going to be spending most of your time in. Its main strength is that it focuses in on the action, Destiny 2‘s strongest suit.

One final piece of the DLC puzzle, the Spire of Stars raid lair, is launching later in the week and will be covered separately. While I’ll refrain on commenting on the quality of said lair at the moment, I will say that the entire “raid lair” concept is somewhat of a sham, as it allows Bungie to essentially cut raids in half. I did enjoy the previous lair Eater of Worlds but it was just so damn short, and I stand by my “kind of cool” assessment all these months later. It just doesn’t have the same staying power as a real raid when it takes roughly an hour total to run it with all three of your characters per week.

It seems obvious that the bulk of this DLC was developed before the game went into recovery mode. Destiny 2: Warmind is a better effort than Osiris, but its limited scope and re-used concepts prevent it from attaining greatness. Bit by bit, slowly over the course of the last eight months, Bungie has been making Destiny 2 a more complete experience. It’s a shame though that so many parts of that whole aren’t coming — as several of the studio’s own developers have put it — “until later in the fall.” For now you can rest easy skipping out on the season pass and possibly grab the inevitable Game of the Year Edition if the situation improves.

Aside from the incorporated change that made previously limp exotics actually fun to use, it’s clear that Bungie has a lot of work ahead of them.

[This review of the PVE side of Destiny 2: Warmind is based on a retail build of the game provided by the publisher. This review does not include an assessment of the raid lair, which you can find here.]