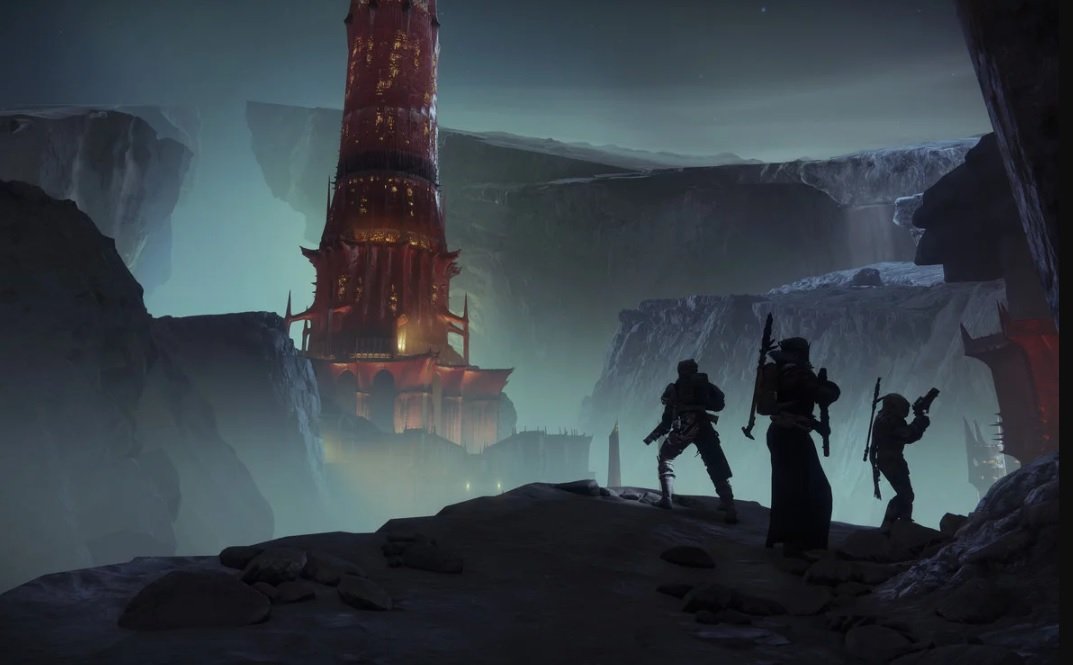 Dark side of the moon

Destiny 2 keeps on rollin’. Through thick and thin Bungie is determined to make this franchise work, even amid rocky starts for both major iterations. They’ve clawed their way out of the trenches, battled through the microtransaction wars, and have slowly but surely built new foundations brick by brick. But as history has shown, some of those bricks are hastily laid: it’s like an architectural signature.

Shadowkeep will continue to evolve: it’s Bungie’s model after all and another season pass is on the way! But for now, it mostly caters to fans of the past instead of looking ahead to the future.

Bungie has come full circle when it comes to reusing old content, as the new zone — the moon — is basically recreated and restructured from Destiny 1, and the “new” enemy type — nightmares — are just existing baddies and bosses with red mist around them.

I know a lot of people are willing to let this slide but it’s really bothered me, especially throughout the lifetime of Destiny 2, that Bungie isn’t able to truly give us a new faction. Even in Year 1 of the sequel the only real new enemy type was dogs, which led a lot of players to beg the question as to why Destiny 2 needed to exist at all when Bungie had just gotten the original game right with Taken King and Rise of Iron (my personal favorite eras of the franchise).

As the debate rages on, players keep returning in droves: myself included. I can’t stop coming back to Destiny 2 because of how smoothly it plays, which has always been Bungie’s secret weapon. Even if they still can’t figure out a long-term MMO-adjacent and live service model, they know how to make a damn good shooter. Shadowkeep doesn’t abandon any of that fighting spirit, and in some ways, further facilitates it with a few tweaks and a return to one of the best locales in the franchise.

I really am conflicted here. The re-use of an entire zone (with a few new areas, mind) is more justified because you could argue that the moon never really got its due in the original. It’s still fun to roam around in on foot or on a vehicle, and let’s face it: the hive faction is always welcome in my book, as their dark tunnels and creepy vibe are among the strongest designs Bungie has ever created. The art team knocks it out of the park on a daily basis and the moon is a perfect canvas for their craft: the new Scarlet Keep centerpiece included. Shadowkeep‘s other recycled bits aren’t as elegant, but we’ll get to that.

Shadowkeep‘s campaign is a step down from the fantastic Forsaken narrative: there’s no two ways about it. Remember when Anthem had that one campaign mission that required various busywork for completion and everyone freaked out about it? Well…prepare yourself. There’s also just too much mystery and intrigue for a premium expansion, as most of the answers are teased in a “to be continued” type of deal. Nightmares aren’t nearly as impressive as Forsaken‘s actually new (and very fun) prison escapees, and the bosses range from “Giant Wizard (a normal enemy type)” to “bosses you’ve already fought before in the series,” some as recently as this very iteration.

If you’re a brand new player making your way through the entire storyline, you might be impressed when you come face to face with something you’ve never seen before (or confused, or both). But for all of the players who spent hours taking down Crota and remember that raid arena like the back of their hand, it’s not quite as exciting. Shadowkeep also tries to get you to mosey across the solar system to defeat nightmares, and I’m not really buying it. Keep me in the moon as much as possible! It’s a great zone. In some ways the all-star approach feels like an apology letter for not just adding onto to the original Destiny, and starting all over with Destiny 2.

The base game also has a long ways to go when it comes to basic concepts like navigation. I want to be able to just mark any location on the map and create a waypoint, for instance. The UI is still a glorious mess now that quests have their own tab instead of being incorporated in the handy L2/LT menu that you can swing in at any time. Now you have to manually scroll to pinpoint requirements, and although the tracker is helpful, it only lets you watch three quests at a time. When some quests are broken up into further subquest steps, it only gets more frustrating to track everything.

A lot of these are minor complaints. Don’t get me wrong, I might be perpetually frustrated with Destiny, but I was still engrossed from the start of Shadowkeep to the conclusion of its story, and on my way to soar above the current soft gear score cap of 900. The progression system is improved a bit from Year 1 and 2, as you’re more generously rewarded for just playing the game instead of select quests. It felt like loot was dropping at a much higher rate, and it was a lot easier to reach the soft cap than it was in Forsaken. Thanks to the “Armor 2.0” initiative gear matters more, and for the first time in Destiny 2, I actually care about what armor I’m using.

There’s also a new season pass system (just like Fortnite or Dauntless) with two tracks (free and premium, but the latter is included in most versions of the game), which tacks on additional rewards that blow the old incremental level-based systems out of water. It’s a bit dodgy when you start adding season passes on top of the new store (which is prominently displayed now in the main navigation menu under its own tab), but so far it hasn’t been in my face. A new dungeon and a new raid are on the way, as well as more seasons that will fill out Year 3 as we head into the great unknown of Year 4. We’ll continue to cover Shadowkeep as it moves forward.

Bungie continues to surprise me in just about every respect: good and bad. Forsaken had a fantastic campaign that Shadowkeep doesn’t quite match, but all of the enhancements for Year 3 of Destiny 2 help balance it all out. Despite my misgivings and the weaknesses of Shadowkeep‘s story, I’m still having fun with this roller coaster of a franchise: and that counts for a hell of a lot.

[This review of the base PVE content of the Shadowkeep expansion is based on a retail build of the game provided by the publisher. We’ll be covering the raid separately, as is customary since Vault of Glass.]