A few weeks ago, a very smart man wrote a very stupid article arguing games should move past the idea they are a vehicle for storytelling that could rival film, television, and literature. I wish not to start that debate again other than to say I disagree. I believe gaming is a momentous opportunity to explore previously untapped and unseen storytelling potential, whether telling a linear tale or giving players a wide breadth of options that personalizes the experience.

However, even as the medium expands and evolves, it’s important for storytellers to remember the basics to creating a good story are the same with gaming as they are with every other creative avenue. Deemo: The Last Recital attempts to tug at the heartstrings with a wallop of a heartbreaking tale, but a befuddling progression system ruins its pacing and has left me more irritated than enamored. 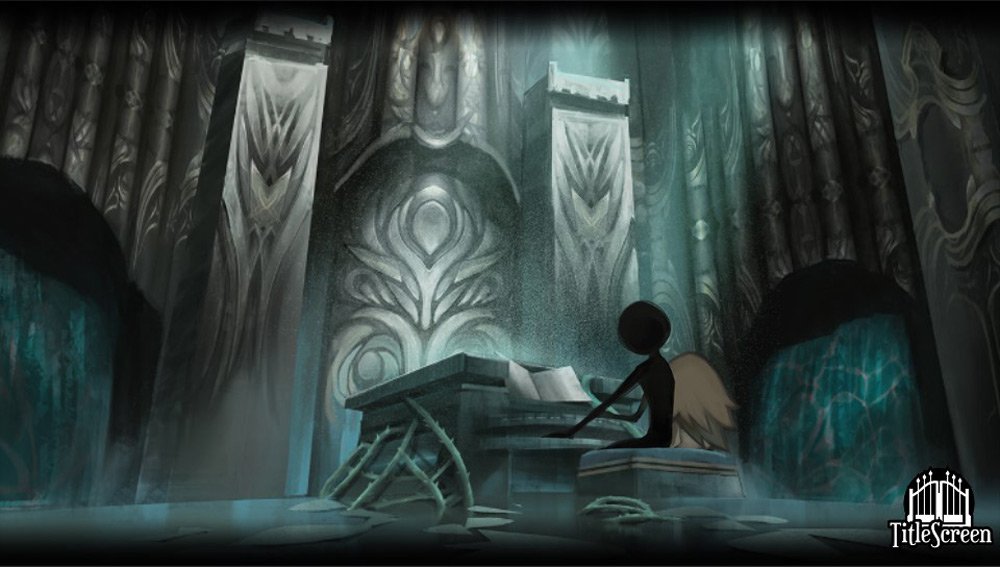 It didn’t take long for me to fall in love with the eclectic music selection of Deemo: The Last Recital. Before I fired it up on my freshly dusted Vita, I assumed it would feature mainly original piano-centered compositions specifically written for the game. There are several of these orchestrations to be found, yes, but they are not the majority as Deemo also massages the ossicles with dance, electronica, EDM, J-pop, techno, neo-soul, jazz, and a bit of dubstep.

The music may not always match the tone the game is aiming for, but goddamn is it great. Outside of a few tunes that sound like something I could have made back in college using Garageband, the soundtrack to Deemo has me in awe over both its scope and execution. With more than 100 songs and dozens of composers at work, there are many melodies that absolutely floor me. One track, “Entrance,” sounds like it fell out of a Castlevania boss battle while another one of my favorites has the composition of a Sade B-side only with much worse lyrics. These songs are a joy to listen to and quite fun to play as well.

For most of the music, probably 95% or so, I play the piano portion of the track. As I watch each note slide down the barren, monochrome picture, I tap or slide my finger on the touch screen at the right time to strike the piano chord. It’s nothing to look at, but having the game be completely touch-based enables Deemo to give the sensation I’m actually playing the piano. I just wish fewer songs sound as though I’m jamming an improvisational riff thrown over a Club Babylon dance track.

Each song has three difficulty levels: easy, medium, and hard. These levels are not always the same for each track. For instance, one track can have an easy mode that marks it as a level 1 song while another song’s easy mode can have it as a level 4. The jump from easy to medium to hard is not always the same, either. A song can shift from level 1 to level 6 when going from easy to medium but then only go to level 7 when attempting it on hard. The levels for the different difficulties are set in stone for each individual song, but I have control of how quickly the notes slide down the screen, allowing me to fine tune the experience to my capabilities.

Again, these music sections are visually dour, but the rest of the game is quite lovely. While the majority of Deemo is spent looking at those notes slide down the screen, it also has me exploring this underground world as a little girl searches for a way back home. Falling through a window in the ceiling, this unnamed child is met by the titular Deemo, a lanky fellow who looks like the Slender Man got his noggin stuck in a mouthless Emil Head. Deemo plays a song on his piano for the girl and the magic of his notes causes a nearby tree to grow just a little bit. To get her back, I have to keep playing music and play it well, to turn that shrub into a mighty oak tall enough for her to climb out. That is easier said than done.

The Last Recital is an enhanced port of the mobile game Deemo released back in 2013. This, I assume, is the explanation for my biggest gripe with it: the pacing. The game attempts to tell a heartwarming story about this little girl and her gangly friend, but its pacing absolutely kills it. When the tree hits certain heights, it rewards me with a magnificently animated cut scene and/or new songs to play. However, because the tree grows so damn slowly and those rewards quickly become few and far between, I am forced to play songs again and again, to essentially grind the game, in order to progress the story. This is frustrating and I cannot fathom why anyone thought it was a good idea to have progress drip-fed to the owner of a fully priced game as if it were still a free-to-play app. 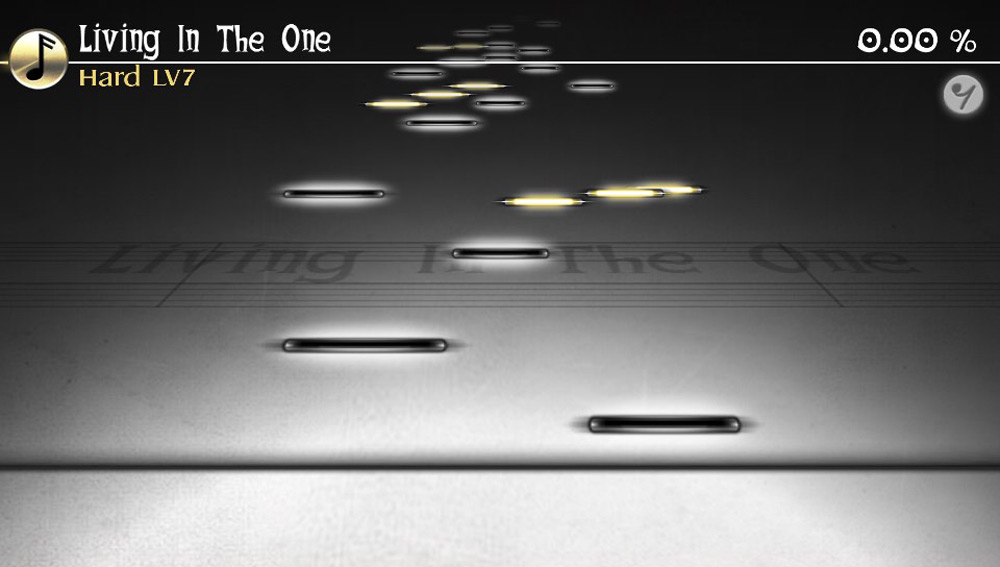 When I first play and succeed in a song, the tree grows a little bit, around a quarter of a meter depending on how well I do. Subsequent replays require nailing a full combo or a perfect run to add any significant height to the sapling. My only option to keep things moving at anything resembling a competent pace is to replay all the songs on the harder difficulty levels whether I am ready for them or not. A few songs are too much of a test for me, the arrangements and note placements too difficult for me to process. Part of that problem may be I’m not quite sure which is the preferred way to play the game.

When holding my Vita like a normal human being and using my thumbs to hit the notes, I find success on easy and many of the normal difficulties. For most of the hard difficulties, however, I can’t do it. The keys move too fast and are too plentiful for me to hit them all. The size of the Vita doesn’t help the situation. Yes, I think the Vita is too big here. With the wide screen and the buttons on the side, I have to uncomfortably stretch my thumbs across the device to have a chance hitting all the notes.

Alternatively, I found setting my Vita down on a table and attempting to play the game as if it were a piano led to success with the more difficult songs, allowing me to hit above the requisite 60% on almost all of them. Some, again, are out of my capabilities and I imagine will be until I teach myself to play the game with more than two fingers.

When I finished the campaign, I gained access to a new after-story segment that offers even more songs to master. There is also a two-player duel/duet mode that sounds like fun but I have been unable to try out. And if 100 songs aren’t enough, there is apparently a boatload of DLC on the way. 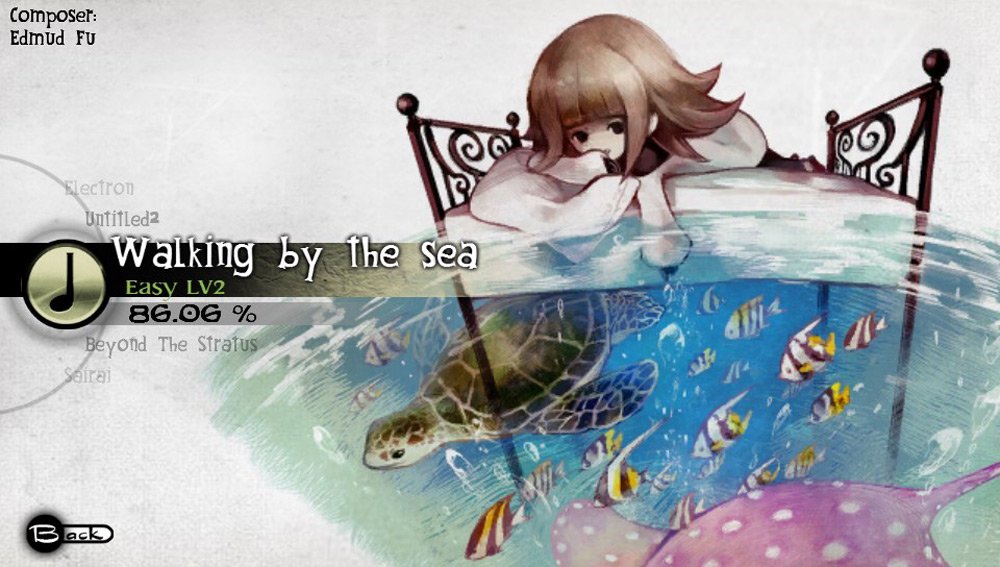 If it wasn’t for this perplexing progression choice made by the developers, and if the story of Deemo: The Last Recital played out at the pace it should, the game would be easy to recommend. In fact, if you love rhythm games, ignore the score below and pick it up for yourself because the music selection is outstanding overall and who knows when next we’ll get something else like it. But know the game isn’t nearly as good as it should be and you may spend far more time than you want repeating the same songs just to advance.