The Dance Central franchise took me by surprise. In the very early stages of Kinect, I was extremely skeptical of the tech —  to be blunt, I didn’t really believe in it. After testing the first entry at E3, however, I was pretty much sold that it could work given the right developer, which given Harmonix’s pedigree should have been obvious from the start.

Eventually Dance Central became the de facto “Kinect showoff” game in my household, and I still enjoy it from time to time with my wife. In short, the series pretty much delivers everything you expect from it.

So does Dance Central 3 carry on the legacy? 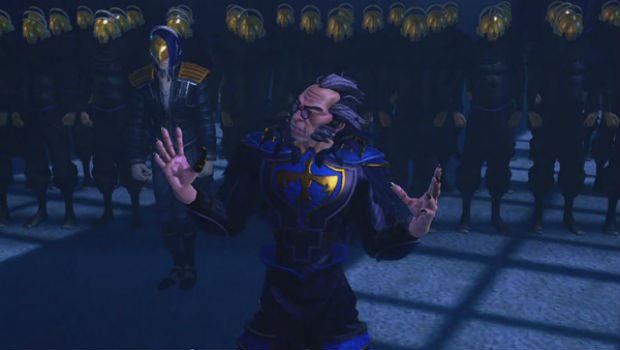 Dance Central 3 attacks and tops the previous iterations in two ways: It bolsters the party scene by including the incredibly streamlined party mode, and it enhances solo play with story mode and specific dance tutorials that actually strive to teach you the moves themselves. As far as I’m concerned, PaRappa the Rapper is the only game in the genre to truly pulled off a fun, unique story mode, so I was initially fairly hesistant to accept Dance Central 3‘s.

Have you ever been to Disney World or Disneyland and seen those cheesy pre-ride shows? The ones that require you to suspend your disbelief and just go along for the ride? That’s kind of what Dance Central 3‘s story is like — and I love it.

As a member of the Dance Central Intelligence agency (DCI), it’s your job to travel through time and stop the evil Dr. Tan from eliminating the spirit of dance everywhere.

In order to progress to the next decade, not only do you have to score 15 total stars across the five select songs of the era, but you also have to decipher a handful of “era craze” dance moves. I don’t want to spoil things for you, but depending on your perspective, this will either be the most exciting or most frustrating part of the game.

During certain songs, there are special moves that you have to complete. I would rehearse songs at least a few times for some of these moves, because on occasion they can be extremely difficult to pull off. Once you get all of them, you can assemble them to decipher then master the “era craze,” a definitive dance for each decade.

When they’re actually completed, you feel an awesome sense of accomplishment, and odds are you actually learned that move in real life — a twofold process that helps Dance Central 3 transcend its predecessors. If this sounds appealing to you, you’ll most likely get addicted to “catching them all,” and I hope this mechanic returns in Dance Central 4. 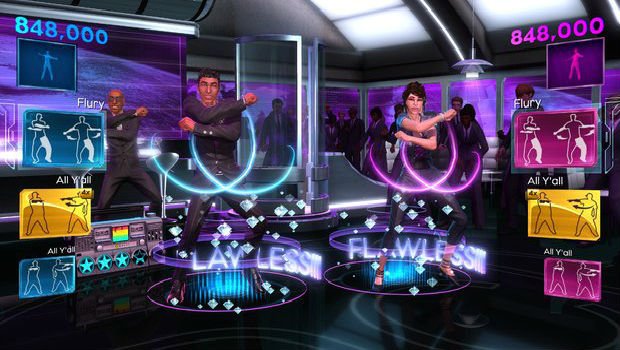 Time travel is the catalyst to give you an excuse to check out tunes from the 70s, 80s, and 90s, as well as the more contemporary 00s and 10s. While there are around ten-and-some-change songs from the 70s and 80s eras (which puts them far below the song count of the 90s and beyond), an amicable attempt is made to include a ton of classic songs, which is already an improvement from the decidedly contemporary-centric Dance Central 1 and 2.

While you’re doing all this, you’ll earn level-ups and thus more unlockables, such as playable characters and costumes. Speaking of the characters, they’re actually more fleshed out in this title due to the fact that they’re supposed to represent their eras, giving them a bit more personality.

As for the gameplay, individual dances are much more unique and feel more closely related to each song. I was actually smiling the entire time while doing the Tin Man Hop from Daft Punk’s “Around the World.” Same thing with “cleanup” move during the “skeet skeet” hook of Lil Jon’s “Get Low.”

As evidenced by the story mode, Dance Central 3 sells more of an educational stance than the past two titles even in the free play modes, and I like where they’re going with this. Specifically, it has dances like the Electric Slide, the Dougie, and the Macarena, obviously put in to show you how to groove step by step and actually learn the dance — kind of like how Rocksmith sought to do the same thing with real instruments.

Party mode is what you’ll want to put on if you’re having a party, obviously. It’s a streamlined mode that randomizes everything and dynamically changes the difficulty depending on your performance, kind of like God Hand (yeah, I name-dropped God Hand in a rhythm game review). Thankfully, you can also use Microsoft’s Smartglass to DJ the songs in Party mode, which is a nice touch, and the H-O-R-S-E mode is one of the best additions to the franchise to date. 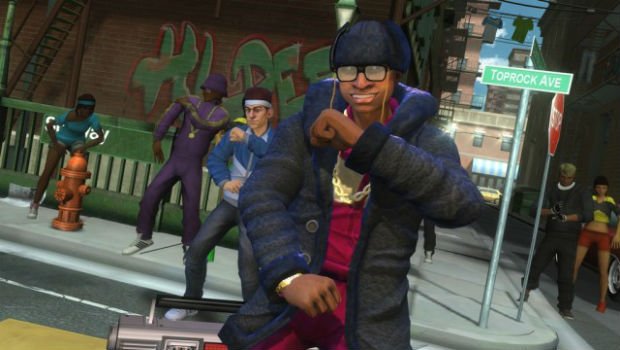 Fitness mode is back and still as great as ever. Because of the sheer amount of songs, you can set a playlist and watch your calories burn off in front of your eyes, just as in past games. You can set goals for yourself after inputting your personal info, whether it’s a daily or weekly target. Songs start immediately after one ends, which lets you keep a solid heart-rate.

The focus on these popular dances is a cool addition, as they’ll most likely come in handy at a wedding or a club or something at some point in your life. I’m not ashamed to admit that I didn’t know how to dance until my mid-20s, and this game would have helped me tremendously in high school.

An all-new easy mode simplifies things, making this game the most accessible entry yet. It’s little incentives like this that will entice non-dancers to attempt the game, which is a great thing when it comes to this genre.

As is the case with Harmonix games, Dance Central 3 will wholly support DLC, whether it’s songs you already own from past titles or a steady release of future songs. You can also easily import all of your songs from Dance Central or Dance Central 2 for 400 Microsoft Points per collection (with the code included in new copies). Oh, and there might be “Gangnam Style” DLC down the line, if you’re interested. 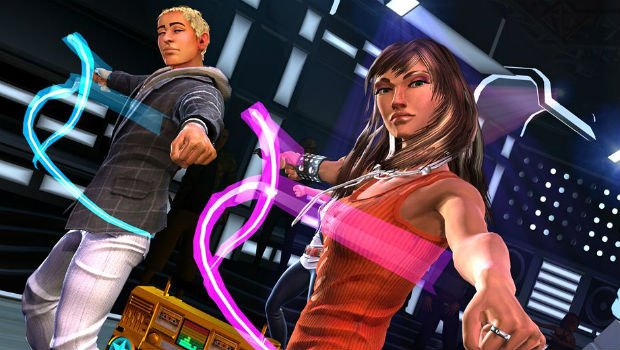 The fact that you can import music from the first two games is one of the most appealing aspects of Dance Central 3, as I personally have benefited thanks to owning more songs than I know what to do with. It’s absolutely perfect for Party mode, as you almost never hear the same song twice, and Harmonix should be commended for this kind of support.

So long as you enjoyed the series in the past, you should jump on the opportunity to tackle these new modes. If you’re not sold on dancing in front of a robotic camera yet, I doubt Dance Central 3 will change your mind, but this iteration makes more convincing arguments than ever before.