I’m not a dancer. At all. I dance about as well as you’d expect someone that blogs about games for a living to. That said, recently I’ve seen more and more of my peers dancing at events and other industry functions, and I’ve been feeling left behind. Again I’ve returned to the wall to watch everyone else dance, just like in high school.

I recently assumed that last year’s hit Kinect title, Dance Central, had something to do with their new moves — what else could it be? With the release of Dance Central 2 and its new and improved Break It Down move teaching mode, I felt the time was as good as any to get some moves of my own. I’ve put this sequel through its paces and…well, I’m still going to stand against the wall. But now I can judge my peers’ moves from that wall and call out their mistakes. 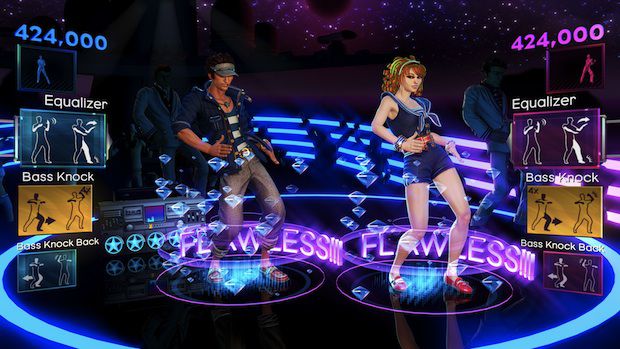 Harmonix knew they had a good thing going with their Kinect showcase title, Dance Central, so they didn’t mess with the core game formula much for the sequel. You still follow the moves of an on-screen dancer, trying your best to keep up with a dance routine created for each of the game’s songs. For the sequel they’ve improved the technology, added more options and modes, and then topped it off with some great new tracks. With this, again, they’ve become the premier showcase for Microsoft’s Kinect technology. Once again, a Dance Central title is the good Kinect game.

Just like the first time around, Dance Central 2 has you shaking your stuff in front of Microsoft’s Kinect sensor. The star with this franchise is some really accurate in-game body-seeing technology. Other dance games have you simply mirroring on-screen dancers, and they’re light on feedback as they can’t really “see” what you’re doing. DC and DC2 actually see your body and limbs and can accurately see how well you’re matching the on-screen dancing. This tech is powerful enough that I feel that sometimes it sees my moves too well, so much so that I want to ask the game to cut me some slack via a voice command. Maybe they’ll put that into Dance Central 3. 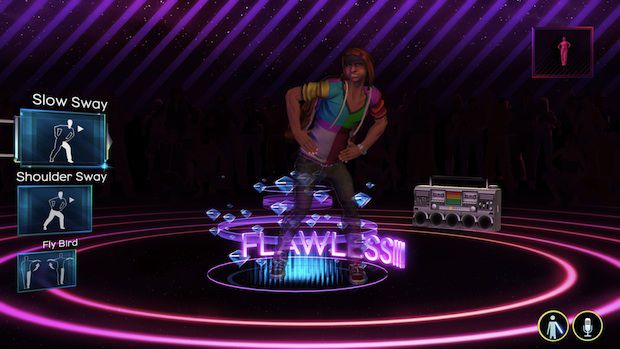 The instructional Break It Down mode of Dance Central 2 had me moving in ways I never thought I would. Looking at this mode’s feature set, it’s clear that Harmonix really thought about the beginner. Players are now able to pick individual moves to learn. You can select exactly what you’d like to learn or spend more time on now, skipping over the easier moves of each routine. Voice control lets you re-run segments you didn’t quite get the first time around, or cue up a highly embarrassing live video feed that shows you dancing along with the on-screen dancer. When I flubbed a move, the game told me so, and made me do it again. When I really didn’t get it, I loved being able to tell the game to slow down the move with a voice command. After a few days with Dance Central 2, I’m convinced that its Break It Down mode could teach anyone at least a few dance moves.

I liked that I could turn on a fitness tracker to give me a rough idea of how many calories I burned in each session. It was always amusing to finish a dance exhausted, panting and sweating, only to see a low number of calories burned pop up. If you’re the type that wants to push even further, Dance Central 2‘s fitness-focused playlists will give you a solid cardio workout.

The career mode is called Crew Challenge. It’s really just a way to move through the song list, as there’s not much of a story. It’s still fun to move your way up through dance crews by working through songs of steadily increasing difficulty. Beginners like myself will do well to preface each dance off with a run through Break It Down. By doing so, I was able to steadily move up the ranks with no issue. 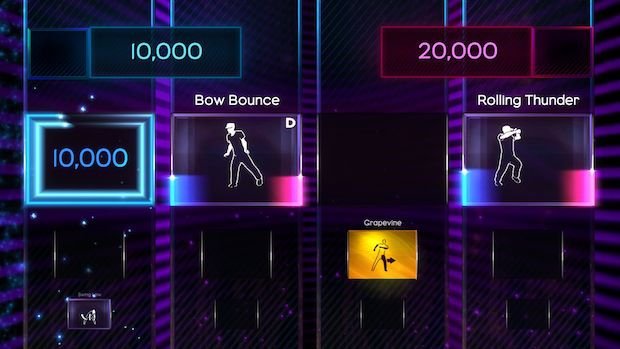 The other big change with this sequel is the cooperative play. It was hard to find someone to dance with me in the game’s two-player Battle Mode, but when I finally did, I felt pretty good about myself, as I had been practicing. Two-player dancing is a blast, especially when it comes to dance off sections where one player watches the other dance it up to catch up. When you’re up, expect to be heckled. New free segments during a battle let each player try to catch up by spamming one of the prompted moves. My moves were never to the point of being smooth, but with the time I spent with Break It Down mode, I was able to make my opponent look silly in comparison. Drop in/drop out is also supported for a second player, meaning all songs are open for joining at any point.

Dance Central 2‘s almost 50 songs are all appropriately dance-y. There’s something here for everybody, with plenty of modern hits from the likes of Lady Gaga, Rihanna, and others. I was especially impressed with the nod to J-pop fans with the inclusion Exile’s “I Wish.” Even with the slick playlist and the ability to import all of the first game’s tracks, I kept coming back to two songs: Digital Underground’s “The Humpty Dance” and Montel Jordan’s ’90s party hit “This is How We Do It.” Have I dated myself? Don’t laugh. 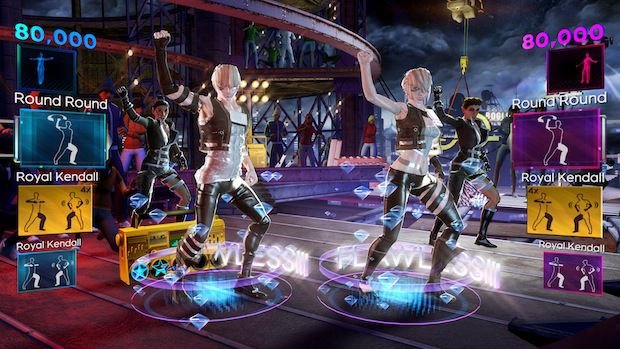 Again, Dance Central 2 is the best game you can get for Microsoft’s Kinect device. You won’t find a game with better body tracking tech, and that brings Dance Central 2 far above its peers. The first game set a new high bar for dancing titles, but this one adds solid multiplayer, a career mode, great new songs, and a deep instructional mode that can even teach a lanky games blogger some moves. Do you have a Kinect unit and want to move? Get Dance Central 2 — you won’t find a better dancing game.