Robots? Ninjas? Did this studio just extract my childhood dreams?

It feels like just yesterday that Yacht Club Games was formed: now it’s publishing stuff. Our little shovel studio is growing up!

The first publishing duty on the docket? Cyber Shadow. 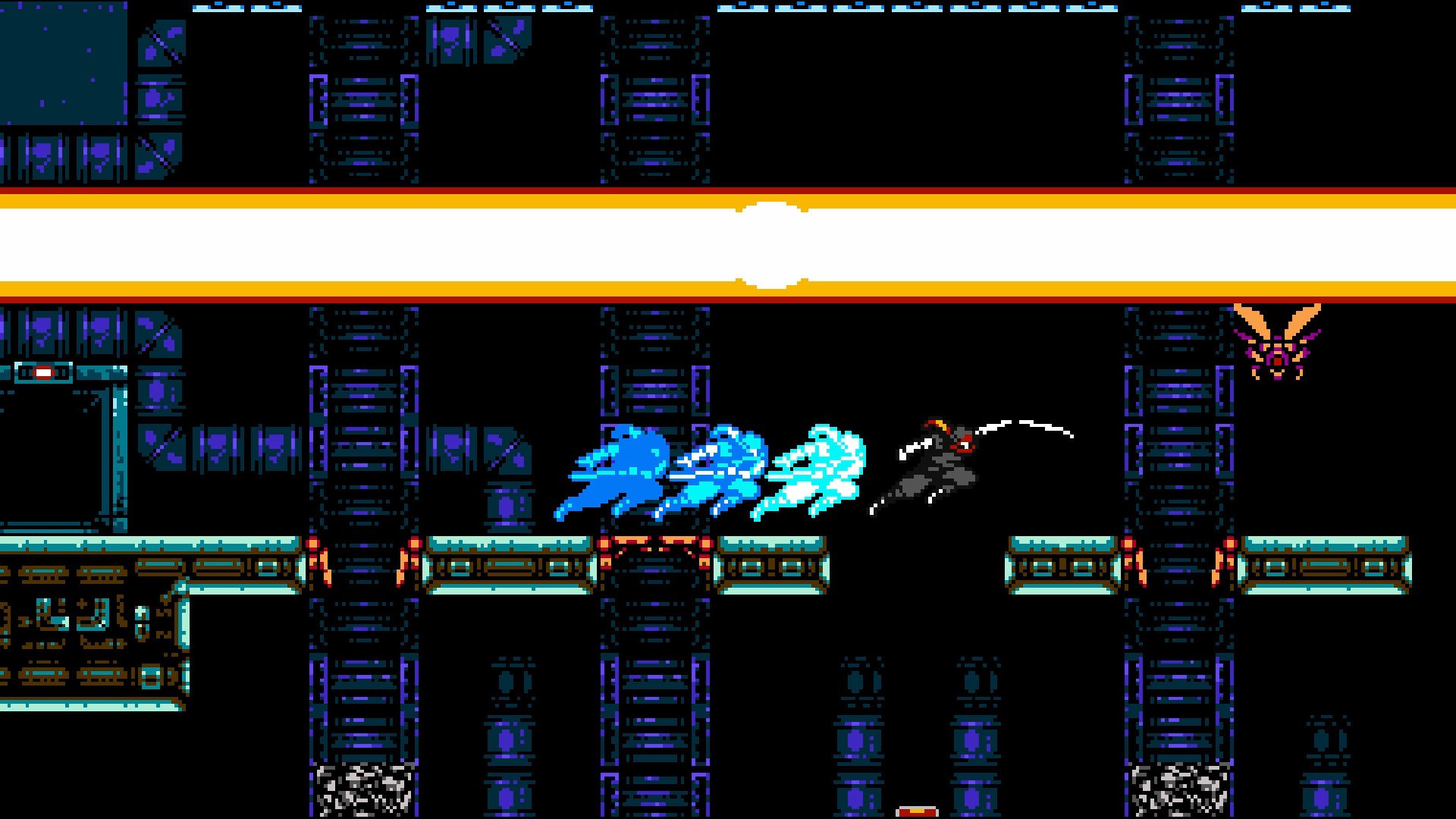 As a reminder, Cyber Shadow is actually developed by Mechanical Head Studios, not Yacht Club itself, but it’s definitely worthy of that same pedigree.

There’s no bones about it: Cyber Shadow, even more so than Shovel Knight (which is the last time I’ll invoke that surface-level comparison!), wears its retro influences on its sleeve. This is very much a Ninja Gaiden homage, but with a bunch of little conveniences and its own personality along the way.

It’s old school as hell, focusing heavily on jumping and slashing, with no wall climbing at all to speak of: at least at the beginning (you can practically see a developer smirk in your mind’s eye when a game doesn’t have double-jumping or wall mechanics at the start). From there, you’ll take down chapter-based bosses and acquire new abilities, which slowly ramp up in panache.

To be clear, this is not a full Metroidvania per se. The aforementioned chapter conceit heavily breaks up each stage into themes, though you can backtrack with the help of fast travel terminals and use new powers to locate additional powers and gauge-boosting items. It also cleverly employs the use of shortcuts, to “connect” each individual area to itself. They’re more like sandboxes, connected by spokes on a wheel, and like the Rescue Rangers NES game (deep cut), it’s possible to not see it all by the time the credits roll.

Those credits take around five hours to see, depending on your skill level and whether or not you suffer hundreds of deaths by the end. Note that there is a checkpoint system; so if you do die, you are sent back without a major penalty, but there is a proviso. For one, you need to pay a nominal fee of gold to allow some checkpoints to replenish your health and/or mana after death, and pay to boost that checkpoint to supply temporary power-ups.

It’s a nice way to ensure that players, if they wish, can brute force a section (or boss) eventually if they feel the need to boost up to get a little edge. Naturally, you can also leave and come back after getting a little stronger. There’s options. You might need those boosts too, as some of the platforming sequences can get really tricky, particularly in the back third of the game. 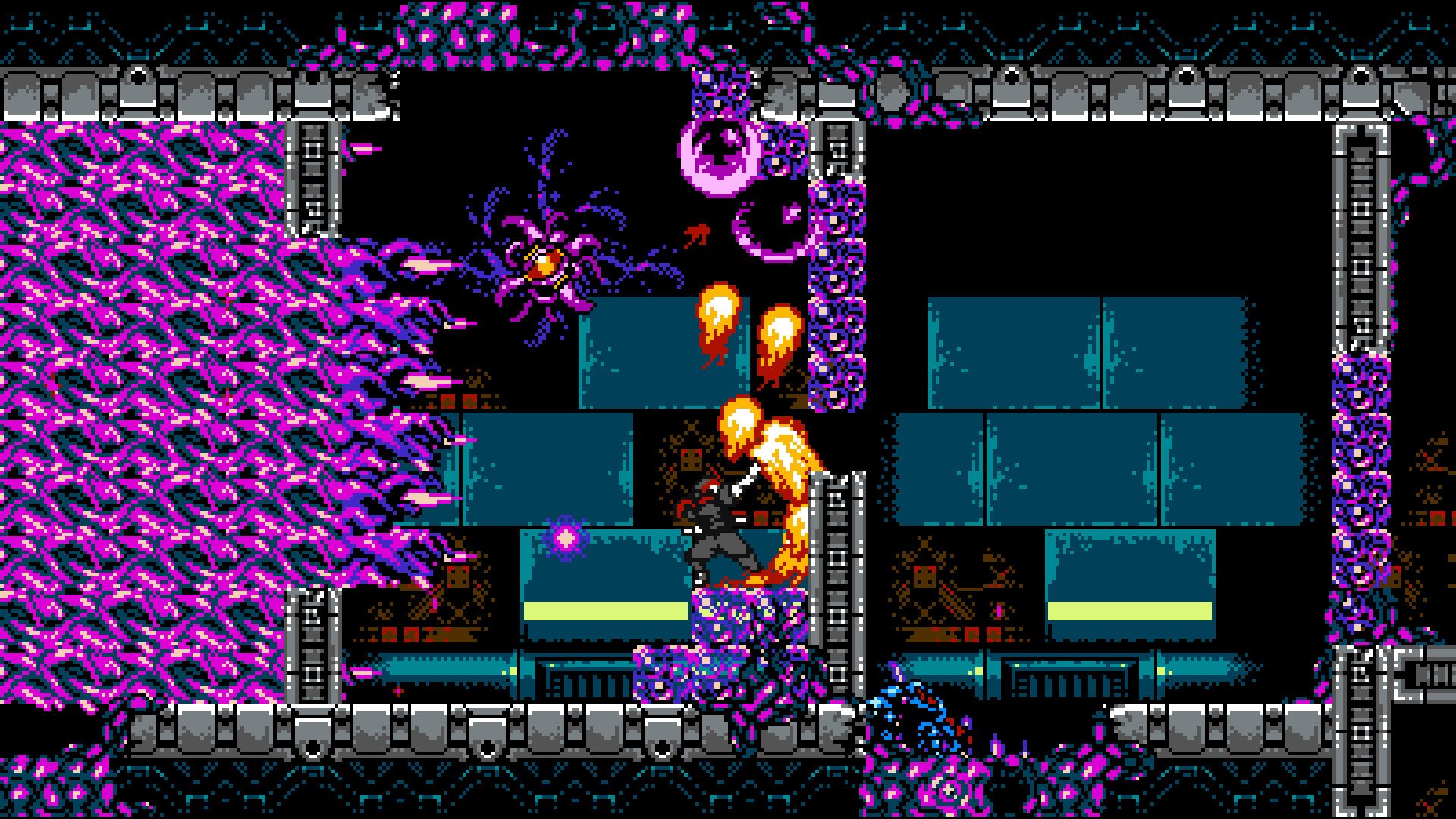 When playing through it though, I sometimes felt the pang of fatigue in some sections of the game. Not every chapter is a winner, as a few repeat concepts established in earlier portions or don’t nail them as well as others. The story is also just kind of there at times, and although I appreciate the subtle narrative touches of the optional terminals, many cutscenes didn’t have any real resonance or reason for existing.

In the end, I struggled to connect with the world outside of the raw power of the “apocalyptical robot ninja” theme pulling me through. A strong theme for a classic-themed platformer isn’t going to be a dealbreaker for a lot of people, but it really helps some games stick in my mind for years to come. I’ll definitely remember Cyber Shadow, but I’m unsure of whether or not it’ll achieve “classic” status.

Cyber Shadow is a bit disjointed at times, but right when it’s chugging, it begins to crescendo and pick back up again. Despite the modern design concessions (which are within reason and don’t betray the core of the game) it’s not going to appeal to everyone, and that’s OK. Even with a few misgivings, I’m anxious to see this world explored again with the power of hindsight.