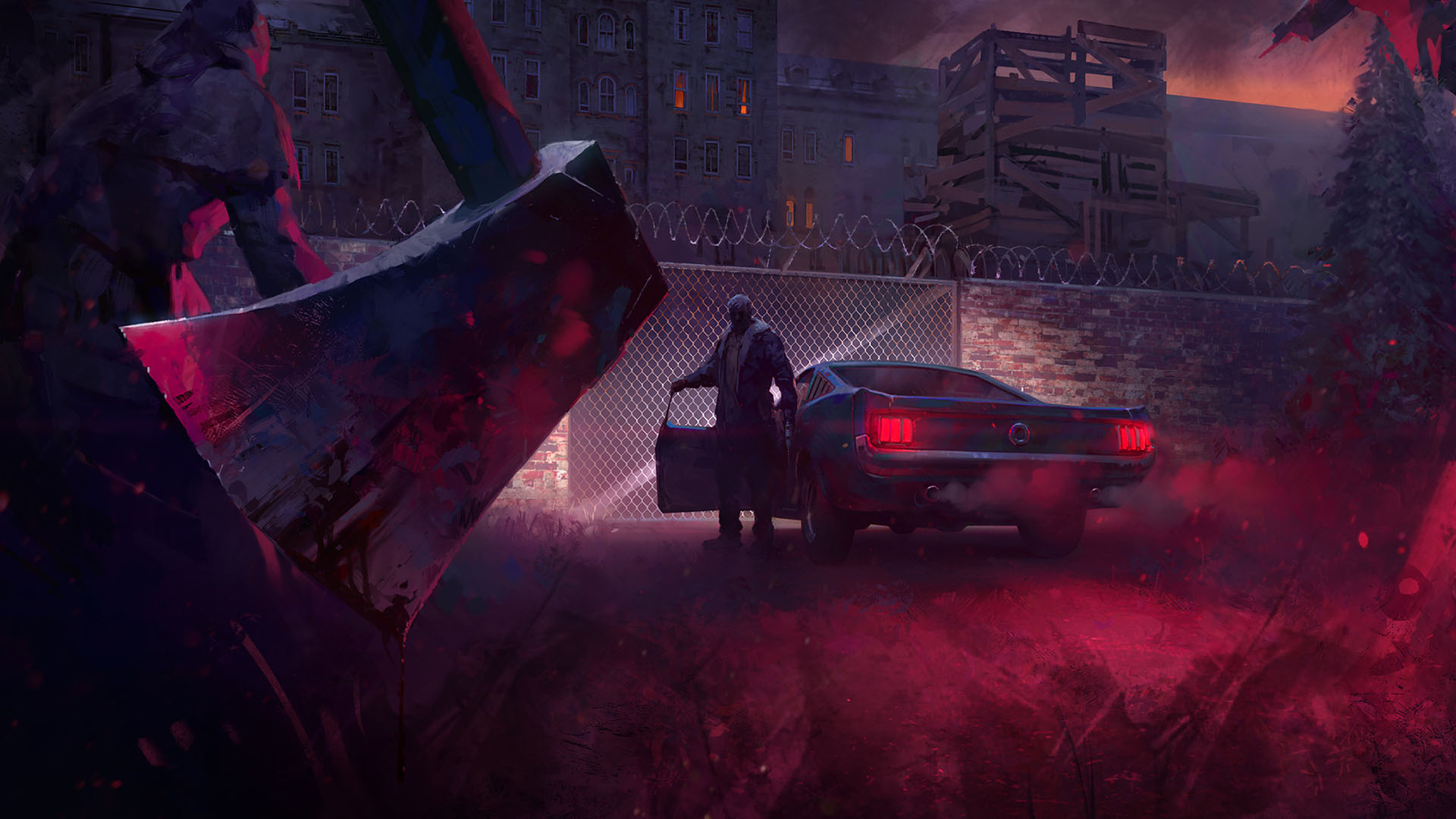 There’s a hair in my dirt

The retro-inspired FPS genre has to be one that’s difficult to stand out in. Back when the genre was fledgling, there were a lot of frontiers to push into, whereas now, most things have been explored. The course many developers have now taken is just to make things more bombastic. Bloodier, explodier, more swear words! All this while reminding you what we lost when the FPS started chasing that Half-Life success.

The problem with this is that the genre’s resurgence has been swamped. I’ve watched groups of trailers and had difficulty telling the difference in some titles. I love retro shooters, but it’s hard to pick one to try when they’re all trying to sell me on the same points. Also, they often release into Early Access.

Cultic isn’t really an Early Access title. It’s an episodic game. Oh. Okay. That’s a valid distinction, but still very strange to me. I suppose I’ll just go along with it. 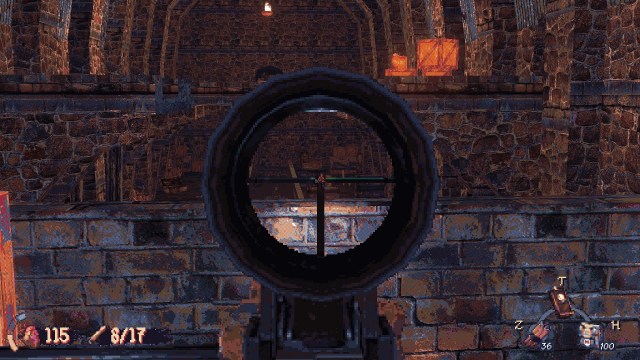 Yes, Cultic is a retro-inspired shooter. Most notably, it tries to replicate games created using Ken Silverman’s Build Engine. It’s actually running in Unity, but it visually uses artificial restrictions to try and appear as though it existed alongside Duke Nukem 3D and Blood. I should probably add that it does this successfully, because my brain was often fooled.

It uses a color palette that is heavy on the oranges, browns, and greys. It gives it a strikingly ugly appearance. Like dirt. Cultic looks like dirt. Deliberately. It gives the whole game a wash of grime that can be unsettling. I’m honestly not sure if I like it, but it has the added benefit of creating more depth in the environment. Things that are further away are colored more flatly, which allows your eye to better judge depth, even with the limited color palette. Even still, I feel like the scheme is monotonous. Not so much that it’s a major complaint of mine, but it makes everything visibly predictable.

The graphics are lovingly done, however. The maps don’t follow strict ray casting limitations, so the environments are detailed. What got me most, however, was the splashes of blood and gore, as well as the reload animations. Reloading wasn’t common in the early days of the FPS, but I know most of us remember Doom II’s super shotgun cycling animation. Here, it keeps in mind whether you’re ejecting one shell or both from the double-barrel, and that just pokes me in the feel center of the brain.

Episode One is the only available chapter, but it takes a good eight or so hours to get through. It allegedly covers a disgraced investigator going to war with a cult, but while the world and the cult are reasonably explained within the game, you got me on what’s up with the main character. Is he an investigator? The only thing I really investigated was how much buckshot could fit in a cultist’s face. Not that you need much of an explanation. The cultists are bad; shoot them in the face.

Speaking of which, an important feature of Cultic is the lack of hitscan. Or, at the very least, its hitscan is sophisticated enough that shooting an enemy in the face results in a cranial explosion. It’s something that 2.5D shooters really lacked back in the day. There are still plenty of gib-throwing explosions. The worlds are heavily stocked with TNT, which you can light before throwing or just toss them into a group of enemies and detonate them with a single shot. Or many shots, if you can’t find your target. 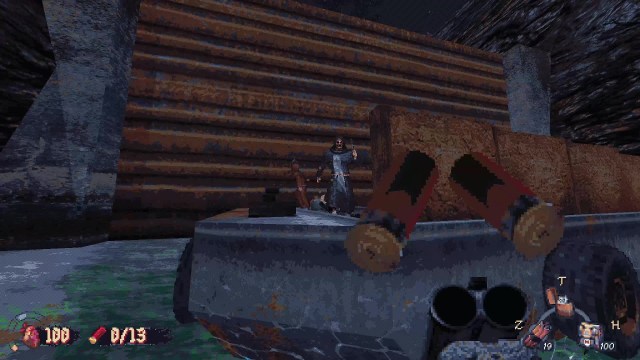 There’s a smidge less action when compared to, say, Doom Eternal. There’s a bit less exploration than the key hunts of old. However, there’s still plenty of both. Each level has a number of secrets that can be found, and like some Build Engine games, exploring the nooks and crannies of a cleared area can result in some extra gear for your pockets.

I’m just not sure how I feel when Cultic is playing one of its action/battle themes, and all I’m doing is seeing if I can get up in the rafters. At least there isn’t any wall-humping.

Yet, despite the fact that the levels aren’t heaping with baddies, the combat is fantastic, and there’s certainly enough of it. Learning to deal with groups and also being able to take down single targets are their own skills. Not having too many facets piled on top of that sort of gives Cultic some needed focus. The weapons aren’t too outlandish, with the flamethrower perhaps being the strangest. Otherwise, they’re very mundane, which works in the game’s favor. There are none that are so outlandish that you can’t fathom the situation they’re useful in. Each one has its very obvious uses, and I don’t think there was a weapon outside of the molotov cocktails that I didn’t use. I appreciate how measured Cultic is. Part of this might be due to the fact that the developer seems very proud of their solo effort, and I can see why. The music, level design, mechanics, and aesthetics are all very even. Nothing feels out of line or disparate. While this makes things somewhat flat and predictable, it’s hard to be disappointed when a game’s so solid.

It does a great job of capturing the sensation of older shooters. The maps may not be as creative to the point of abstraction that some older shooters reach, but it also isn’t as restrictively linear as the ones that followed. It almost feels like a missing link between key hunters like Doom and Duke Nukem 3D and the more narrative experiences of Half-Life and Halo.

At the same time, I’m merely lukewarm on Cultic’s first episode, which is to say that I liked it, but it didn’t get my thighs grinding. It’s a solid experience that helps prove the point that a solo-developer experience doesn’t have to mean that concessions have been made. It didn’t make me feel like I had to cut it any slack when comparing it to titles from larger developers, which is good because I wouldn’t anyway. Even if it’s not a massive win, I still think it belongs in the heavyweight category. And for its launch price, it’s a steal.

I’ll be back for the second episode, which is the only other planned extension. If the first episode was simply L.A. Meltdown, and the follow-up manages to be Shrapnel City, I’d be shocked if it doesn’t manage to click harder with me.