It’s been a little over a week since I first started ripping up the roads in Activision’s latest nostalgia-tickling remake Crash Team Racing Nitro-Fueled. This new release – already destined for long-term success given the constant sales peaks of similar titles Crash Bandicoot N. Sane Trilogy and Spyro Reignited Trilogy – takes another classic PlayStation release and spruces it up for modern platforms.

In my Review-in-Progress, I talked of how first impressions were very good, with Nitro-Fueled immediately presenting the player with luscious visuals, great characters, and some infectious racing action. A week later, my feelings are pretty much the same, even if a few minor potholes have appeared on the race track. 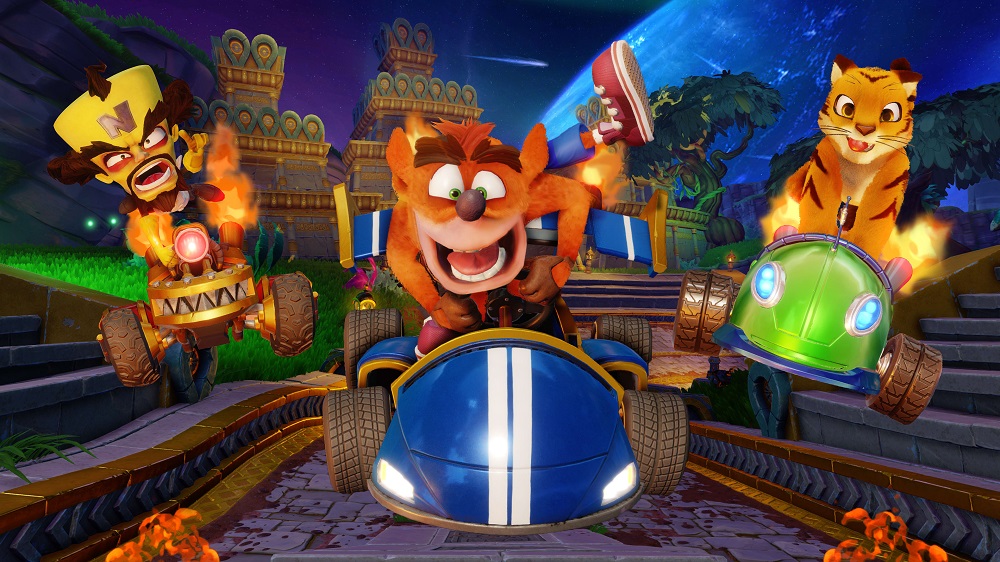 Crash Team Racing Nitro-Fueled comes to us courtesy of developer Beenox, whose resume consists mainly of PC ports of Activision’s Call of Duty and Skylanders titles. But the studio has really come into its own with Nitro-Fueled, producing a fun and faithful remake of Naughty Dog’s 1999 best-seller.

On an aesthetic level, Nitro-Fueled is an absolute delight. The roster of well-known heroes, villains, and ancillary characters from Crash Bandicoot’s wild universe are recreated with delightful new models, given life through amusing animations. From Coco and Ripper to Pinstripe and Polar, every character is a joy to behold. It’s a shame that the vocals aren’t quite as fleshed out, with each character only spouting a few repetitive lines of dialogue each during the races themselves. From a gameplay standpoint, Nitro-Fueled‘s design definitely seems to favour the heavier characters, but, after a little practice, I had my boy Ripper Roo taking the chequered flags left, right, and center.

The 30-plus tracks also feel flush with colour and are brimming with life. Whether skidding out on the sands, gunning through crazy laboratories, or burning through a dragon’s underground kingdom, racecourses new and old have been expertly realised with a kaleidoscopic palette and entertaining background attractions. On the negative side, the tracks are not quite as consistent when it comes to layout. Ultimately, if there is any aspect in which Nitro-Fueled shows its age, it’s in some of its course layouts, that range from excellent speedways – featuring exciting slaloms, chasm leaps, and rubber-burning straights – to the downright clunky – featuring poorly placed curves, jumps, and choke points.

In terms of content, Nitro-Fueled has a full tank of modes, including arena battles, time trials, relic hunts, grand prix, and more. The meat of the single-player content lies in the returning Adventure Mode, that now allows players to take on 16 courses dotted around a large hub world, changing their racer at will. Completing these races will unlock a selection of new kart bodies, wheels, and even characters, while allowing players the chance to get used to Nitro-Fueled‘s tracks, weapons, roster, and road-handling mechanics.

The Adventure Mode does, however, typify one of the remake’s most notable issues: an oddly tight difficulty curve that finds Easy too simple for most, while Normal might find you bringing up the rear for committing the smallest slip-up. Of course, practice makes perfect with games of this genre – power-sliding is the be all and end all in CTR – but some players might be surprised to find just how quickly Nitro-Fueled becomes ruthlessly tough, where a few hiccups in a row could leave you hopelessly tailing.

The new Customisation mode features an array of interchangeable karts, colours, and wheels, while the characters themselves have access to some very stylish skins via the in-game store. Gold in Nitro-Fueled is earned with relative ease, particularly in online races, which usually dole out three figures for a race, even if you don’t end up on the podium. It’s still odd to me that the store rotates its items on a timed basis, ala mobile games, but it’s not particularly egregious (provided Activision doesn’t decide to pull the big ol’ “real money” lever.)

Speaking of online, I personally haven’t had much issue with connection, save for a couple of races at best. In fact, I’ve really enjoyed the online portion of Nitro-Fueled, which feels like the “endgame” of the release, once Adventure Mode is mopped up and you have some of those tricky turns muscle-memoried. There have been many reports over the past week of lag and dropped connections, so although I haven’t experienced this myself, it’s clear that many others have. (Activision has stated the developers are working on an update.) 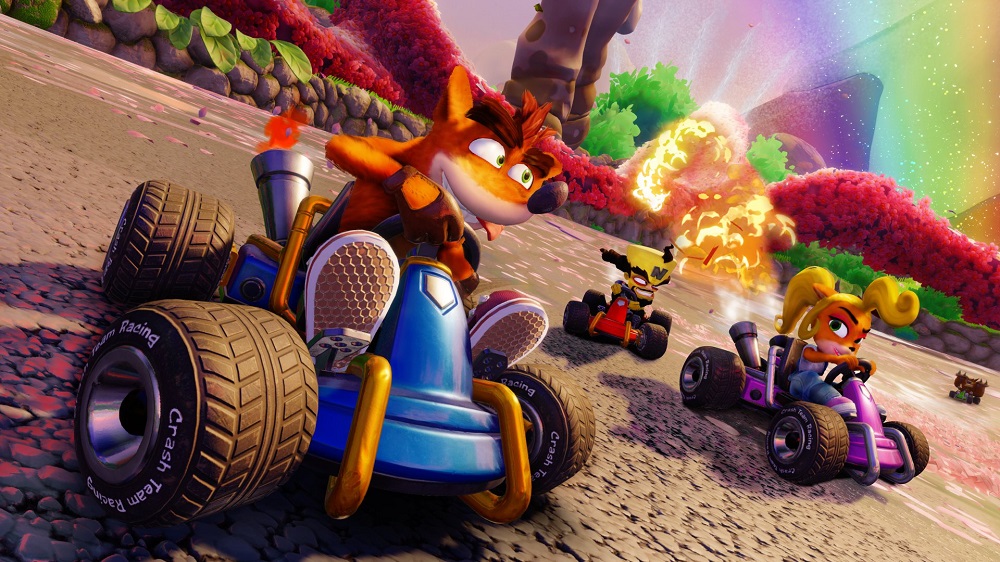 Crash Team Racing: Nitro-Fueled is hardly the deepest of titles, but as a remake, it goes beyond updating the original aesthetics into redesigning a classic release as a product worthy of your money in the modern era. For the most part, everything is a success. Nitro-Fueled looks and sounds fantastic, handles very well, and features plenty of fun multiplayer modes for both local and online play. Is it a Mario Kart 8, or even a Sonic & Sega All-Stars Racing Transformed beater? No, probably not. But it’s more than entertaining enough to warrant a purchase, particularly if you don’t have access to those gold standards of the genre.

Crash Team Racing: Nitro-Fueled not only succeeds as a loving and faithful adaptation of the classic PS1 release, but it has been turbo-boosted by a glut of welcome new content including characters, tracks, and modes. Though it occasionally shows its age in course design, and erratically pumps the brakes with a surprising difficulty spike, Nitro-Fueled remains a fast and fun kart racer, sure to please old fans and worthy of a test drive from new ones.