A charming community sim with a haunting twist

Animal Crossing fans, this one’s for you. 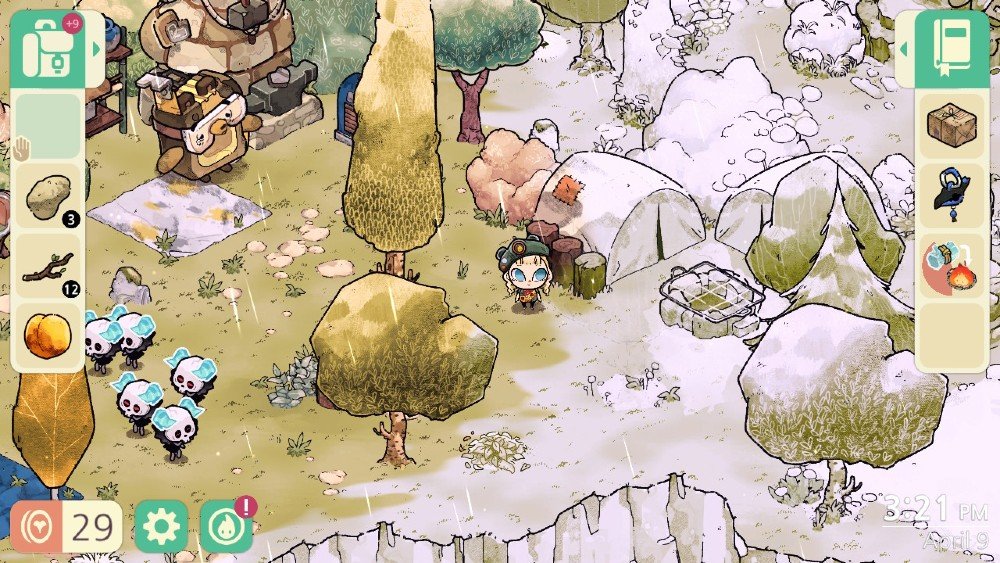 Cozy Grove is another entry in the ever-growing genre of relaxing community simulator/resource management games, which happens to be one of my personal favorites. Especially with how stressful the pandemic has been, I’ve put dozens of hours into titles like Animal Crossing: New Horizons and Stardew Valley, so I was eager to get my hands on a new iteration of the formula.

In Cozy Grove, the player takes on the role of a Spirit Scout, who gains badges and other rewards by helping the ghostly residents of a haunted island. It’s a welcome spin on the genre, as this conceit of cute but haunted seemed to inform much of developer Spry Fox’s creative vision for the game.

For example, the art style is expectantly adorable, but there’s something slightly dark about it, too. An occasional animal skull will decorate the forest around you, and the player character’s design will remind you slightly of a Tim Burton character. Of course, there’s also the fact that all of the island’s residents are ghosts, who talk about their own deaths as casually as one might talk about the weather. If that sounds like the kind of thing you’re into, this game is for you.

Another one of my favorite parts of this game was its soundtrack — all of the songs are so soothing, it’s likely I’ll listen to them while I work like I do with Stardew Valley or Animal Crossing. The soundtrack also fits really well with the camping, outdoorsy feel, featuring an acoustic guitar pretty heavily. I sometimes wish there was just a little more variety in the songs, but other than that it’s one of my favorite game soundtracks ever.

As far as gameplay goes, I was expecting Cozy Grove to be more similar to Stardew Valley, which has its own in-game time, where each day takes about fifteen minutes to play. Instead, Cozy Grove is more akin to Animal Crossing, following real-world time in-game.

In that way, I found it harder to binge. With Animal Crossing, once you finish any daily tasks, there’s still plenty to do with fishing, catching bugs, or decorating your island. The daily tasks are extra on top of the main gameplay loop. 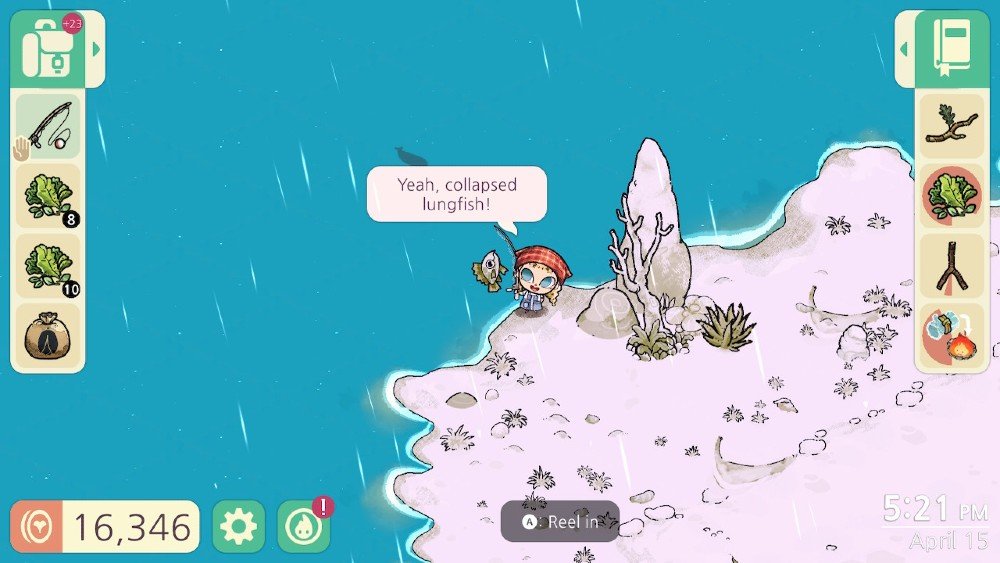 Cozy Grove is kind of the opposite — you jump in-game every day to complete tasks, and once those are done you can’t really progress the story any more. After that, you can fish and decorate as you please, but you’re not really going to get anything new until tomorrow.

I kind of liked that though, because the game made me pace myself. Rather than sitting down and playing for hours after work, it became part of my morning routine that I’d jump on and play for about a half-hour until all of my tasks were done. I haven’t seen any other games really do it like that, so I appreciated that Cozy Grove was giving me something new.

In addition to the “real time” similarity the game has to Animal Crossing, Cozy Grove‘s gameplay heavily features scavenging and crafting mechanics, which made it feel reminiscent of the most recent entry in the AC series, New Horizons. 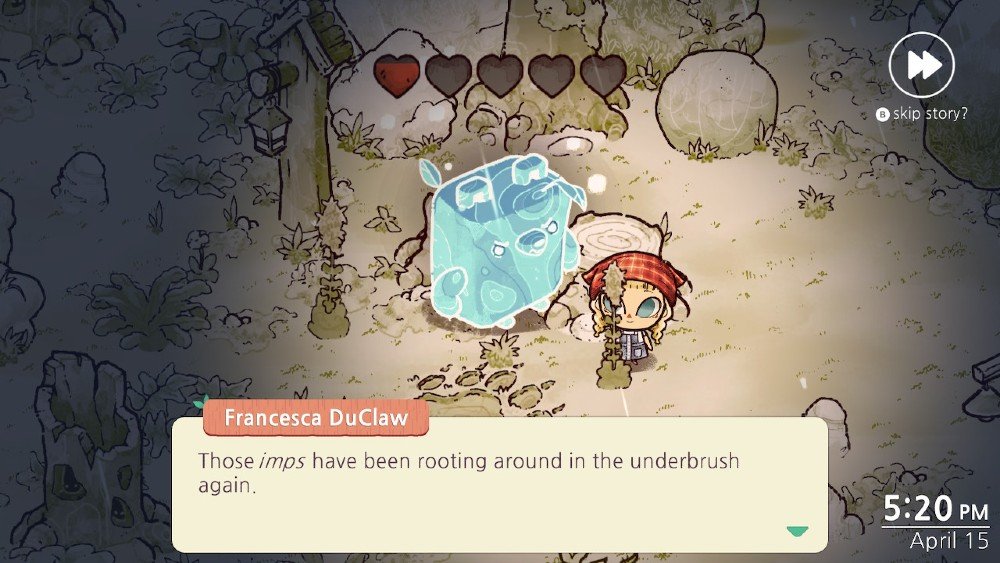 There are a few small gripes I have with the game, though. Part of the story is that by completing tasks and helping out the island’s residents, the otherwise black and white world becomes colorful around you. This is a cute idea, and definitely makes helping out the residents satisfying, but I didn’t like that the world resets to black and white every day. The art is so beautiful when it’s all colored, and I just found it a bit disheartening to come back the next morning to see that my beautifully colored island was all grey again.

From a gameplay perspective, I also struggled a bit with the color thing because so many of the tasks the islanders give you require you to look for certain items hidden around the island. I found myself missing a lot of stuff because it blended in so well with the black and white backgrounds. It’s not a terribly big problem, but it’s something I noticed while going about my tasks.

The one other thing I didn’t love was that the early game doesn’t make me work quite as hard as I normally like. That’s not to say I want my community sims to feel as chaotically difficult as Dark Souls, but part of what makes these types of games so satisfying is seeing how you progress, like upgrading your tools, or finally being able to purchase the piece of furniture you’ve been saving for. I have over a half dozen Stardew Valley save files, because I just want to start over after I finish the main storyline. 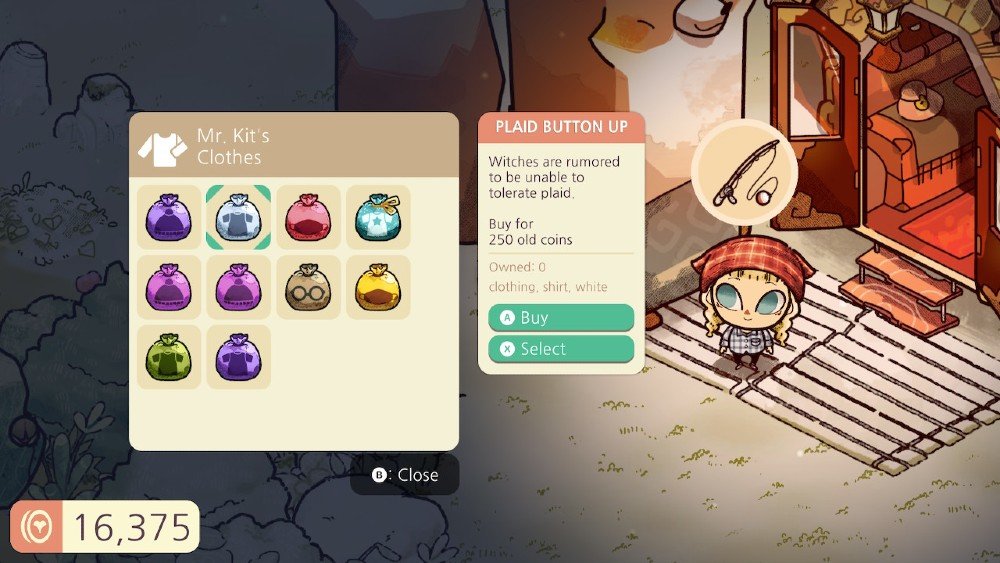 From the start, Cozy Grove left me wanting for nothing — I had tens of thousands of coins within my first couple of days playing, and if an NPC needed me to gather resources for them, half the time I could just complete the quest on the spot with items I already had. I kept getting gifted so many furniture items I didn’t need to buy any at all. I also didn’t really fish unless an NPC asked for one, because I had so much money I didn’t need to sell anything, which is usually why I fish in these kinds of games.

Some players might actually enjoy the abundance of resources, though — I can see how it could make for a more relaxing experience for people who aren’t interested in the early game grind. The post game could also require a bit more resource management too, I just won’t know until I get there. This type of early game just isn’t as much my thing, but it might be yours.

All in all, I say this is a great game to pick up if you’re a fan of the genre. It’s endlessly charming, and a real breath of fresh air in terms of its style and gameplay loop. On Spry Fox’s website, they claim they “want to make the world a happier place” with games, and I say they have more than achieved that goal.