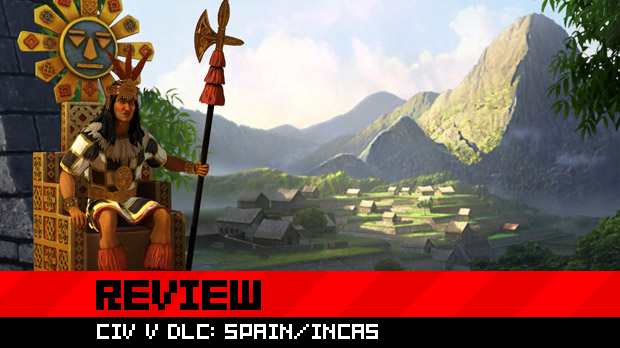 When you’re the developer of one of the largest timesinks in gaming history, what do you do to follow up on the release of your latest and greatest? Why, make it an even bigger life-swallower, of course. Firaxis seems to be equally focused these days on both patching the core Civilization V gameplay and generating new DLC to maintain interest.
With a descriptive (but yawn-inducing) title, the newly released Double Civilization and Scenario Pack aims to keep Civ V fans firmly suckling at the bosom of simulated historical progression. Repeating their strategy for the release of the Mongolian and Babylonian DLC in October, this latest piece of downloadable content follows hot on the heels of the latest major patch.
Do the powers of Spain and the Incas combine to justify Firaxis winning an economic victory over your wallet? Read on for the full review. 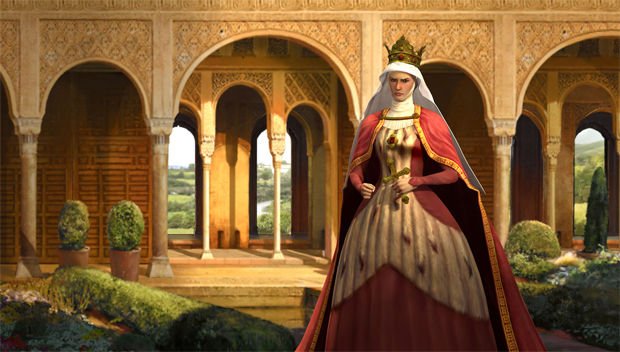 The Double Civilization and Scenario Pack is exactly what its name implies. Two new civilizations are added to the roster of player options, with Isabella representing Spain and Pachacuti as the leader of the Incas. Both new civs are incorporated into the Conquest of the New World scenario, which we’ll get to in a bit.

Spain is by far the weaker of the two additions to the civ list, with a unique ability that looks good on paper, but results in a feast-or-famine type of scenario. Isabella possesses the Seven Cities of Gold buff, which results in a gigantic gold bonus when you discover a natural wonder in addition to increased benefits for working that wonder’s tile. This bonus is even greater (to the tune of 500 gold total) when you are the first to discover one.

This shows some meaningful forethought on the part of Firaxis to tie Spain’s ability into their historical role as explorers, forcing the player to seek out the natural wonders early. Unfortunately, while it was a wonderful decision thematically, in practice the ability is damaging to gameplay balance. Either you spawn near enough to discover 2-3 natural wonders and you jump out to a huge gold lead (which is overpowered), or you find one/none and are stuck out in the cold with no benefits while other civs pull ahead. Both extremes are frustrating, since they are largely out of the player’s control.

The Incas, on the other hand, have quickly become my favorite civilization to play. Pachacuti’s unique ability is The Great Andean Road, which plays off of the Incas’ geographical place in history. The Incas ignore all movement penalties for hilled tiles, which is a huge boon to early exploration efforts. Additionally, improvement upkeep on hilled tiles costs nothing, while upkeep costs on all other tiles is halved. This results in a very welcome late game advantage when the cost of maintaining roads in particular is usually a huge burden on a player’s economy.

The Incas can also build a Terrace Farm, a unique improvement that provides a plus one boost to the food output of a tile for every mountain tile it is adjacent to. With the right terrain and placement, you can keep your people well fed and in bed reproducing like they should be with a minimum of effort. I decided to tweak the map type setting to Highlands on one game in order to maximize the mountain and hill terrain on the map, which resulted in a very satisfying comp stomp as the AI couldn’t keep up with my movement, food, or upkeep advantages. 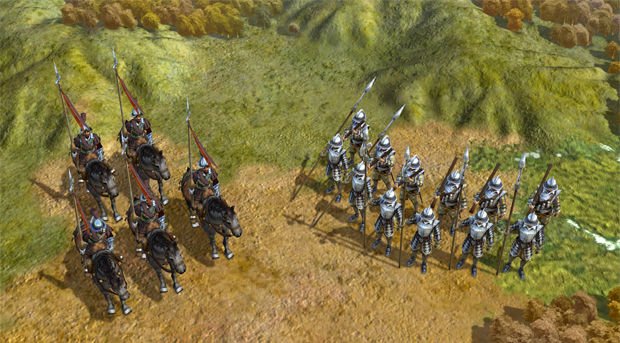 The scenario packaged with this DLC is the Conquest of the New World, which places you in the position of one of three old world civs (Spain, England, and France) or one of three new world powers (Iroquois, Aztecs, and Incas). Beginning in 1492, the scenario gives you 100 turns to either be the first to reach 1000 points or to have the highest point total at the end of the turn limit.

Points can be scored in all of the traditional ways, such as building or taking over cities, researching techs, building wonders, etc. However, successfully navigating a caravel to China (trade route to the Indies) will result in additional points, as will all new treasure units plundered from other civs’ capitals and natural wonders once they are returned to your capital. Other civs are your barrier to grabbing treasure units, while the nautical point scoring is made challenging through a unique game mechanic. All naval vessels in the scenario are afflicted with scurvy, which causes them to lose health when they end their turns outside of friendly waters.

The ruleset works nicely for the scenario, and gives both old world and new world civs multiple ways to rack up points towards victory. Playing through it, one rapidly gets the impression that some real thought and care went into the creation of Conquest of the New World, as it features a totally retooled tech-tree scaled for the 100 turn timespan, new art and voice-over assets, and well balanced victory conditions. The turn limit also gives players a new reason to get lost in Civ V again without having to commit to a six hour process.

The value proposition is where some gamers may find themselves on the fence with this DLC. At $7.49, some may find the quantity lacking and decide to pass over this pack until it is resold later as part of an expansion or a DLC bundle. Two new civilizations and a scenario will only provide as much replay value as your interest in the core Civ V experience will allow. That being said, Civ V fans (like myself) who are looking to extend their love affair with the hex grid here and now will find that the quality of the offering is not lacking.

For me, the lure of this new pack is having yet another way to indulge in wicked revisionist history. Let’s just say that the experience of watching the Spanish conquistadors trudge their way up to Machu Picchu to destroy my Inca “savages” only to find that the terraces were lined with cannons ready to blow them back across the Atlantic was extremely cathartic.