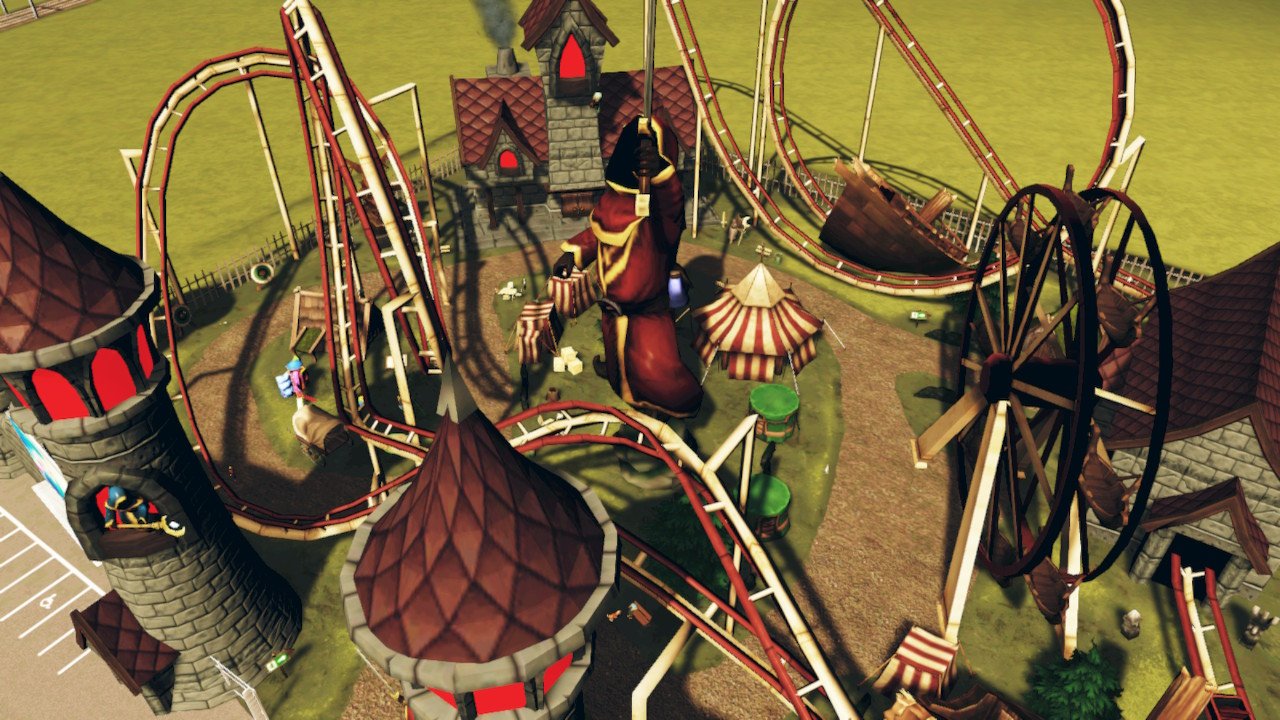 While not being a particularly powerful console, the Nintendo Switch has managed well with demanding games. You can somehow play both 2016’s Doom and last year’s Wolfenstein 2: The New Colossus on the device and it isn’t an absolute train wreck. That doesn’t mean other graphically intense games would fit well on the platform, but developers and publishers haven’t stopped trying their best to make the impossible a reality.

Surprise released during September 2018’s Nintendo Direct video, Cities: Skylines Nintendo Switch Edition attempts to bring developer Colossal Order’s city management game to Nintendo’s hybrid console with some seriously mixed results. While containing every feature and piece of content that the main game and its first two expansions have, actually playing the game can sometimes be a nightmare.

If you can tolerate an ugly, choppy, and poorly optimized game just to experience city building on the go, then maybe this will be for you.

Taking clear inspiration from the once-proud SimCity series, Cities: Skylines is an offshoot of the Cities in Motion series that sees developer Colossal Order try its hand at crafting a city-management simulator. In these games, you’ll plot out roads, lay down zoning, enact policies, and build all manner of tourist attractions to create your dream city for all to enjoy. To say a lot of strategy is involved almost undersells it since these games basically require micromanagement on every level.

Some people are turned off by this from the outset, but others (myself included) have fond memories of playing Maxis’ numerous Sim games as children. We may not have actually understood what was going on (try teaching economic policies to an eight-year-old), but the simple act of constructing towns and watching buildings prop up was like playing virtual dollhouse on a grand scale. Now you could have your own handcrafted town to call your own and even destroy at a moment’s notice.

Maxis stumbled with its 2014 version of SimCity, but Colossal Order only kept getting better with each subsequent release of its Cities series. On PC, PS4, and Xbox One, Cities: Skylines is a true sight to behold in the late game. You’ll have towering skyscrapers, trolley cars, taxis, subways, trucks, and a massive population all zooming around like a toy train set on crack. It looks spectacular when everything is working as it should.

Getting to that point isn’t what I’d call easy, though. The joy of city-management simulators is that you’ll constantly need to be interacting with your population and paying attention to their demands to get things up and running. Finally sitting back and watching everything automate itself is wonderful, but the work needed to get to that point is what will keep you coming back for more and more. The sense of payoff is immense and the critical thinking required to get there is unlike any other genre on the market.

That isn’t to say everything is perfect because Cities: Skylines does miss a few key features that would greatly improve the experience. Maybe these are in the PC version (I’ve never personally played that), but batch deleting is impossible when making renovations. You’ll have to scroll to each individual piece of road or building you want demolished to make room for whatever your plans are. District painting also doesn’t let you add to already established districts, instead creating entirely new ones that can overlap with previously plotted areas.

The game is also hamstrung by its milestone system, which demands you reach a certain population number to unlock further building options. This makes the early goings of each city play out exactly the same, having you focus on optimizing your spending to lay out just enough residential zoning, electricity, and piping to generate more revenue. After completing that, you’ll wait around for your population to grow before laying down a bit more housing and repeating the process. Essentially, this requirement railroads you into playing a game a specific way from the offset. This can be tweaked by clicking the “Unlock All Milestones” feature at the start, but then the game will label your save file as “Assisted” and that branding can feel draining.

On a gamepad (especially true of the Switch’s finicky Joy-Con), laying down bus or tram routes is an exercise in frustration. Trying to make precise placements of where tram stops are or dragging out roads, train tracks, and highways to plot out transportation is a lot more trouble than its worth. Even just putting down public parks and landmarks is far more difficult than it needs to be simply due to how inaccurate joysticks are compared to a mouse.

I had a lot of grand plans for what my city would look like, but I often skipped over details like planting trees and placing rocks because it took too many extra clicks to make happen. I’d like the ability to just hold B and back out to the main tool menu instead of needing to constantly tap it. For that matter, holding a thumbstick button to select game speed is completely unintuitive, though I suppose you could always pause the game and then toggle which speed you’d like.

But small control issues wouldn’t be the end of the world for Cities on Switch if that was its only problem. I’m not well versed in how the other console versions perform, but on Switch, Cities: Skylines is an ugly mess. Graphics are never the most important element in game design, but you’d think a game about creating virtual cities would at least look half decent.

Still, I can accept the almost cardboard style of buildings and static decal placements if Cities ran with an acceptable framerate. In docked play, everything will start off fine, but then quickly devolve into what looks like single-digit framerates at times. Zooming in attempts to up the quality of whatever building you’re looking at, but to the detriment of the framerate which then makes navigating your city feel excruciating. Trying to figure out how to connect bus routes while moving at roughly 10 frames per second is truly horrendous. If you happen to expand your plot of land beyond the single starting square, you’re really going to have a bad time.

Using the “Unlimited Money” option, I set out creating a massive city and the end result was just disgusting. Terrible pop-in, languid framerates, and choppy audio were all on the docket. It comes off like a beta version of a product instead of a fully functional, ready-to-sell game. I’m probably underestimating the amount of work required to bring Cities to Switch, but I’m convinced the Switch was not the right platform for this title.

In a surprise twist, handheld mode does run better than docked play. It looks worse than docked and still isn’t devoid of sluggish framerates, but the game typically performs at a much better click. I wouldn’t call it ideal (especially not the battery drain), but it beats the heck out of docked play. That being said, the darkness and contrast settings of this game are so out of whack that I wish I could turn off the in-game clock. When it gets to nighttime, you’re basically not going to be able to see a damn thing while in portable mode, despite being able to manually adjust the Switch’s screen brightness.

I don’t believe that a Cities-inspired game is a bad fit for the Switch, but attempting to port Skylines to the platform has resulted in a game that feels like a rushed mess. I’m not a graphics snob, but nothing about Cities: Skylines on Switch feels like anything other than a missed opportunity. It comes off looking like an N64 game at times and its poor performance often hinders playability to an extreme degree. Even if I can take it on the go, I wouldn’t want to boot this up as it feels like a chore to handle.

I can understand the appeal of wanting to put any title on Nintendo’s massively popular console, but I’m surprised publisher Paradox Interactive didn’t attempt to make an original version of Cities for the Switch. That would have been far more preferable than whatever we’ve ended up with.