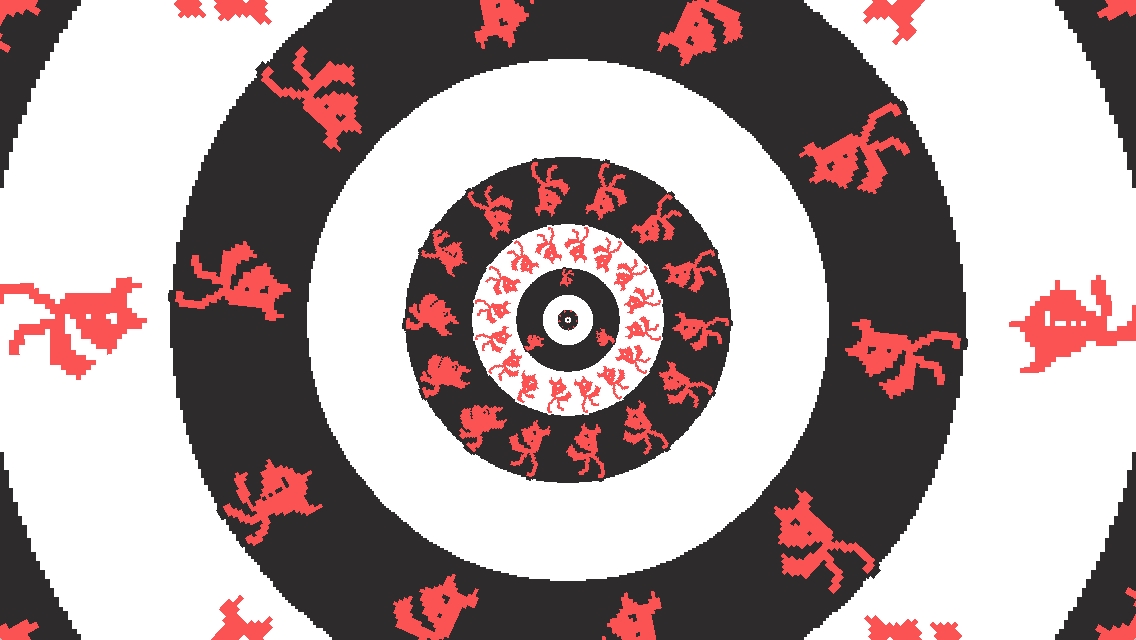 Circa Infinity is a trip, as the game is about as simple as it gets. There are three buttons, mostly three colors, and every level is just a circle.

But as you start to dig deeper, and the mechanics evolve, Circa Infinity reveals itself as a brilliant puzzle platformer. 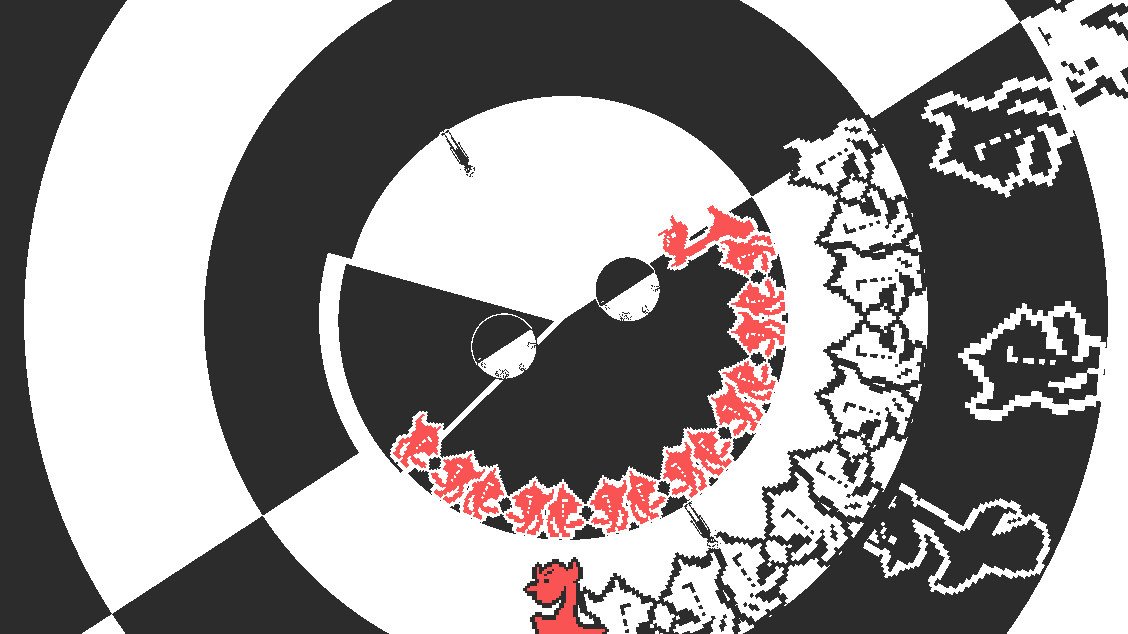 The game is so simple there’s no tutorial. You play as two nameless characters who must traverse through a seemingly endless corridor of black and white circles while avoiding any red demons that cross their path. The whole aesthetic can be summed up by the question “What if they made a game based on the animation that plays when you enter the TV world in Persona 4?” You can move the character left and right, and hit the action button to either dip down or jump up, depending on what color circle you are in.

Infinity consists of 50 levels split up into five sections. These all do a great job of slowly introducing new mechanics and folding them back into existing challenges. Each section feels distinct, not dissimilar to Braid. The earliest levels teach you the basics of how to dodge enemies, then section two introduces challenges like enemies that will only move when you do.

Sections end with boss fights, which do a great job of wrapping up the lesson of each stage while supplying a completely new gameplay experience. These are the only areas that feel like having a bit of a tutorial might be good, but you can still manage to figure out their secrets without too much worry. The game also features a speedrun mode for those who want to master the stages. 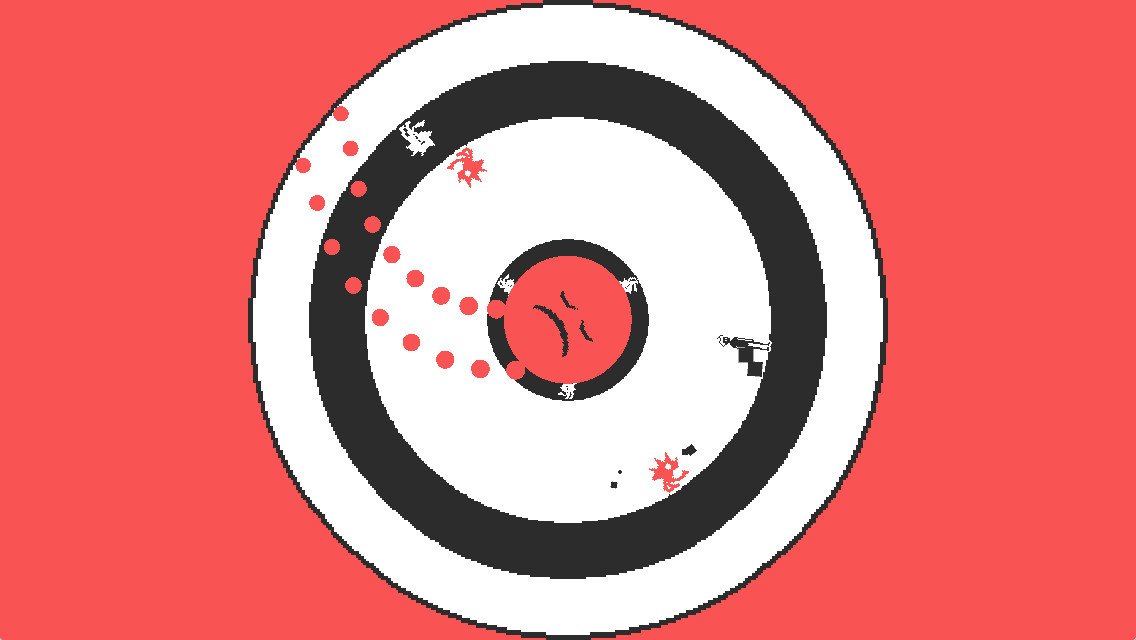 As you would expect, things get incredibly difficult. The hardest part of Circa Infinity is keeping track of which direction you are moving in since left and right don’t really mean anything when you’re running around a circle. This doesn’t help that the game itself may make you dizzy. You die if you touch an enemy, but it only sends you back one circle. It’s very easy to get frustrated and get sent back several circles, but there are also checkpoints before particularly hard sequences. Outside of a few boss moments, it never feels unfair.

The music fits well. It keeps you in a trance-like state. Each section features a different song, as well as unique boss music. The main problem with the soundtrack is that it loops fairly often, which can add to the exhaustion if you’re having trouble with a particular level and are spending upwards of an hour on a section.

If you can get past the fact that this is another indie puzzle platformer with a simplistic art style, Circa Infinity is well worth the cost. Brilliant level design and a great aesthetic keep the game fresh from start to finish.