Excuse me while I ugly cry

Granted, I only have vague memories of watching some of the direct to VHS specials back in the day, or of playing a PC game that I know I played, but I can’t remember what it looked like. But the trailer still hit me in a sweet spot. It made me feel like I was a little kid again in all of the best ways. And then Christopher Robin ripped out my heart and made me bawl like a baby in public. And I have no regrets about it.

Make no mistake, Christopher Robin doesn’t hold any punches when it comes to hitting you in the feels. From the very beginning, the movie wants you to get in touch with your inner child and remember what it was like being a kid. We see Christopher Robin play in the Hundred Acre Woods with Pooh and friends and it’s all delightful. As Robin grows up, he loses that innocence that he had as a kid and has become a stick in the mud. He works tirelessly and focuses on providing for his family at the cost of his family’s happiness.

Truthfully, it feels like a modern version of Hook, but I mean that in all of the best ways. Both movies are about a person growing up and forgetting the spirit of imagination and fun when they were younger, usually to the detriment of those around them. You shake your head at them in the beginning, but by the end you’re glad to see them finally embrace their inner child and get to be happy for once in their super serious adult life. While Hook took a much more comedic approach with the subject with a hint of action, Christopher Robin plays it straight and wants you to really connect with the cast.

Ewan McGregor is fantastic as an older Christopher. We can see that he does still have that wonder in his eyes, but he can’t let it out because he’s so focused on work. He slowly remembers what it’s like to have fun, to smile, and to laugh. Hayley Atwell also gives a good performance as his wife, with a surprise appearance by Mark Gatiss, who is a delicious little slimeball that forces Christopher to work over a family vacation.

But the real show stealer is Jim Cummings, who returns to voice Pooh and Tigger. I can’t tell if it’s because of the skill of the writers or Cumming’s performance, but everything that Pooh says works beautifully. Whether it’s a simple joke or a meaningful comment, Cummings brings a heart to Pooh that just can’t be replicated by any other actor. When Christopher gets upset with Pooh, Pooh’s replies are enough to make your heart break.

I never felt like I was being manipulated to feel sad or to feel happy. It’s easy for a movie to unnaturally force the audience to feel a certain feeling, but Christopher Robin feels organic. Several scenes made me tear up not because of a sweeping score or because another character was crying, but because the dialogue made me feel for Christopher and Pooh. The moment where Christopher sees Pooh for the first time in decades, I couldn’t help but smile and cry at how sincere it was. Pooh was happy to see Christopher, Christopher was happy to see Pooh, and I was a mess. And I loved it.

That being said, Christopher Robin is a shmaltzy movie to the core. You know going into it that Christopher will discover his inner child, he’ll make amends with his family, and everyone will live happily ever after. It’s not a spoiler, but a foregone conclusion just by the premise alone. There are no surprises here for viewers, but there are some interesting comparisons between Christopher and the monsters of his youth, both literally and figuratively. 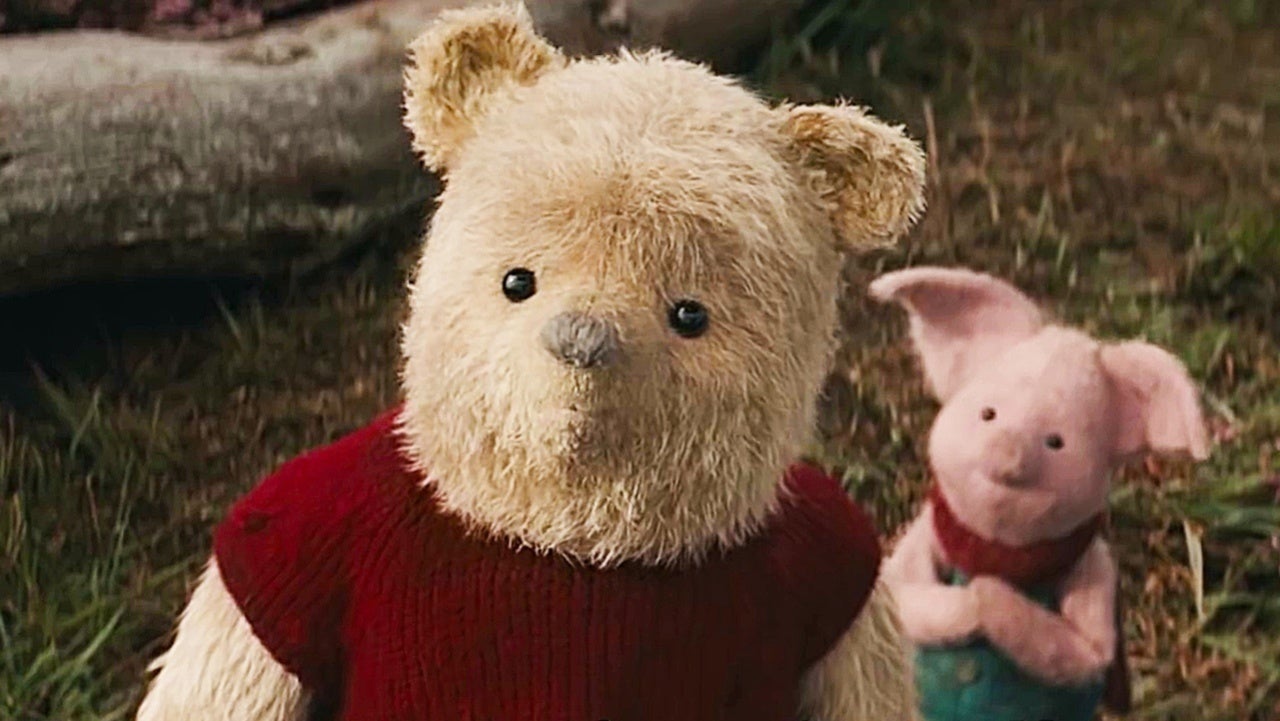 I’m honestly kind of surprised that the movie was as short as it was though. It’s a little over an hour and a half, and there’s nothing wrong with that, but I wanted more of it. I was enjoying myself so much that I wanted to see more of Pooh and his friends play and get along. I wished we got to see more of Rabbit, Kanga, Roo, and Owl, who are all relegated to glorified cameos sadly. I wanted to see more of Christopher and his wife. I’m fine with what we got, but I couldn’t help but feel that maybe parts of the movie were edited down to not make it a two-hour adventure.

Christopher Robin is the embodiment of getting in touch with your inner child. It reminds you that you’re never too old to have fun or to remember the kind of person you once were. It may be predictable and super saccharine, but that’s just Winnie-the-Pooh for you. He’s a sweet little bear that just misses his friend Christopher. Same as everyone else in the Hundred Acre Wood.

Don’t go into this movie expecting a subversion on Winnie-the-Pooh or a twist on Pooh. This is the kind of movie where if you see the trailer, you know exactly what kind of movie it is. For what it’s worth, it’s easily one of my favorite movies of the summer. The summer blockbuster season may be over, but at least it ended on a high note.