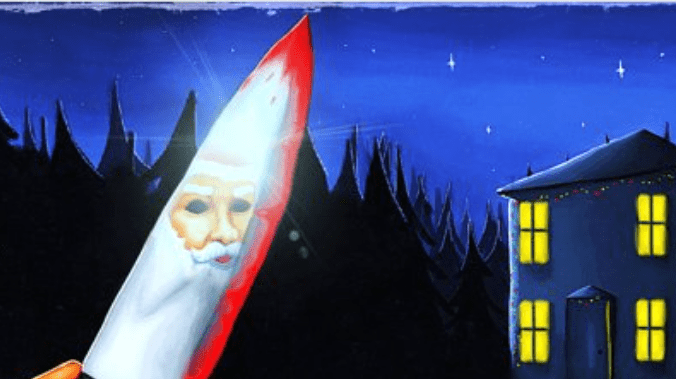 Shortform horror games have been my jam lately. The genre has been long trapped with grizzled heroes cutting down slavering monstrosities. Even Japanese horror games, though they’re known for their more psychological approach, can’t get away from killing monsters. But recently, creators like Puppet Combo, Chilla’s Art, and my new obsession, Scythe Dev Team, have been focusing on games that recreate a different experience.

While Chilla’s Art is clearly J-horror inspired, Puppet Combo leans more towards the grungy VHS tapes at the back of the video store. Slashers, mostly. Trashy, ugly, screamy slashers. They even use a VHS-style tracking overlay (that you can turn off).

Usually, you’re the victim in these games, running from the knife-wielding psychopath that stalks you. But with Christmas Massacre this holiday season, Ben Cocuzza is putting you back in the boots of Larry, the killer from 2019’s Blood Maniac. Larry’s gotten a taste for the Christmas spirit and it’s time to deck the halls. With blood! 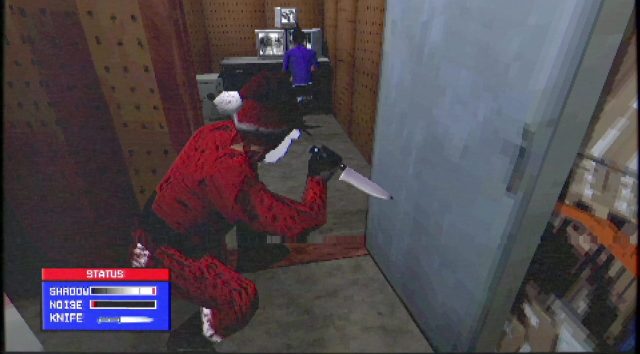 Starting off in the shoes of Larry during his boarding school days, Christmas Massacre gives you instructions to obtain a knife from the kitchen. To do this, you avoid the nun’s gaze by sneaking through the shadows. You’re then free to start your killing spree.

Flash forward years later, and it’s time for Larry to kill again, as instructed by his Christmas tree. Thus begins the holiday slaying.

Christmas Massacre is something of a light stealth game. Staying in the shadows conceals you, and if a victim spots you, they’ll run for the exit. If they escape, you lose. It’s less like Splinter Cell and more like Hotline Miami. Being discovered is inevitable, but knowing where your victims are and how you can trap them will allow you to succeed. The longer you can go without alerting someone, the easier it will be to take out the remaining victims. 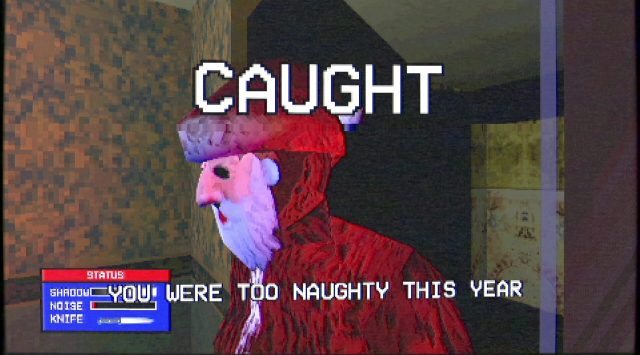 Unfortunately, Christmas Massacre is a little slapdash with its design. Actually hitting someone with your knife is pretty unreliable. At times, I could stand in a choke point and stab at the air until someone walked into my blade (at which point it was their own fault), other times they’d just scooch right past me. I’d occasionally find myself flailing at the air around someone, and it kind of ruins the Christmas spirit when a target ignores your attempts to gut them.

Victims absolutely take off the moment they see you or a corpse. No hesitation, no pleading, no assuming it’s their friends trying to scare them. No, they’re on their feet and headed for the exit the moment one whisker of your Santa mask is shown. A lot of the environments are quite small, so they don’t have to run far, and as soon as they touch the door, it’s over. Christmas Massacre is neither forgiving nor accomodating.

Also, they’ll shriek when they see you, but no one near them seems to hear. 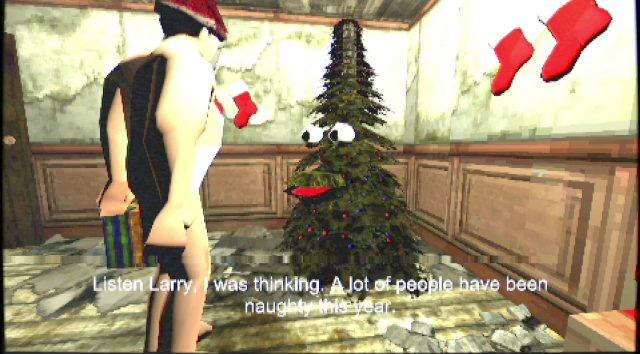 Then you’re given the ability to throw knives, and if you hold down the spacebar, you send out an unlimited supply at a rather quick rate. Each one is an instant kill, so standing in a choke point and doling out death is absolutely a reasonable tactic.

I kind of feel like complaining about the loose mechanics is missing the point, though Christmas Massacre is at its best in the spacious supermarket level and at its worse in cramped corridors. The fact of the matter is the game is something of a Christmas gift to fans. It takes recognizable elements of other Puppet Combo games and mashes them together with a jolly laugh.

And it is rather amusing. The character of Larry’s Christmas tree was a big hit with me, and the dialogue is a lot of fun. It also gives you the opportunity to get back at Nun Massacre, in case that game gave you the willies. It doesn’t take itself very seriously, and that’s a nice dash of lightheartedness.

All-in-all, it took me two hours to play through, but that’s generally what you get from a weekend rental. There are also a few costumes you can pick up, and the game rates you on level completion to give you a bit of extra replay value. 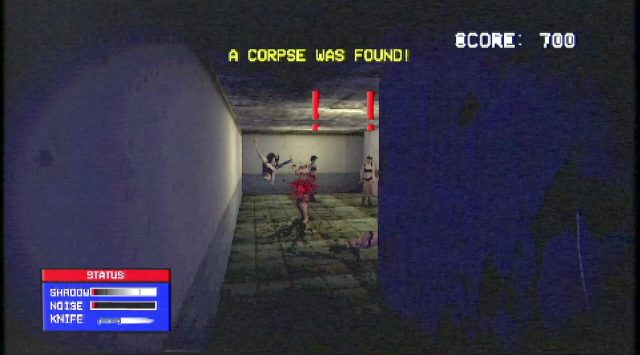 Christmas Massacre is a seasonal treat. It might not have all the fine atmosphere and interesting design as something like Bloodwash, but it’s quick entertainment. It’s a bit of joy to inject into your holidays. And really, even when you’re battling with hit detection, it’s fun to be the slasher. Going around and killing ‘80s teen stereotypes while dressed as Santa is a great way to prepare you for spending time with the family.

Just don’t expect anything more than a stocking stuffer. Painting the walls with the festive color of red can be a really good time when everything clicks, but this isn’t Puppet Combo at their finest. It’s quick and messy, like a crime scene. But if you’re already a fan, the tag has your name on it.