Square Enix, like many major publishers, has made a nice little wad of cash from re-releasing old games on iTunes for a premium charge. However, the Japanese company has at least gone that little extra mile with Chaos Rings, producing a full and original RPG experience, one that not only deserves the premium asking price, but may actually be a bargain.

Designed from the ground up as an iPhone/iPod experience, Chaos Rings represents the first serious effort from Square Enix to get into the Apple arena. Has this effort paid off? Read on as we review Chaos Rings! 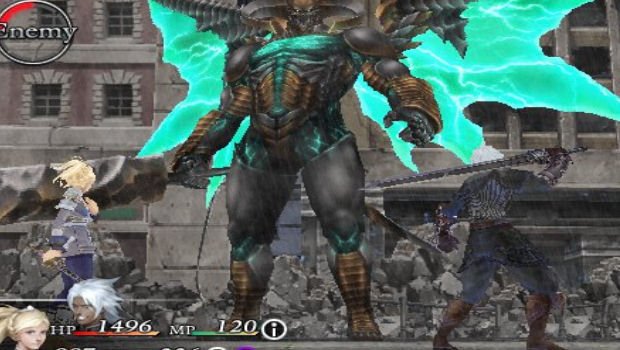 Chaos Rings revolves around four pairs of mysterious characters who have been summoned by The Agent, a shrouded and sinister figure that is forcing chosen warriors to fight in the Arc Arena. Their reward is eternal life, but it comes at the cost of killing others or facing certain death themselves.

Not the most philosophical and introspective plot on the market, but the light narrative suits the handheld experience and the script is, at the very least, nicely put together with a few cool twists and turns and a cast of strong, well defined characters. You have the smirking and callous mercenary, the noble prince who wants to return to his people, and the solemn warrior who fights side by side with his devoted wife. Not the standard “brooding emo” fare that Square Enix regularly casts, and all the more welcome for it.

The game allows players to step into the shoes of each of these paired characters, and while you won’t squeeze eighty hours from each chapter, there is plenty of gameplay to be had for the money, and nearly all the depth you’d expect from a JRPG has been condensed onto the iPhone for your portable pleasure. Players can return to previously conquered dungeons at higher levels for tougher challenges and better equipment, they can shop for weapons, they can customize their characters, and generally put in plenty of hardcore effort and get rewarded for their trouble. The sheer amount of content squashed into a humble iPhone game is impressive, to say the least. 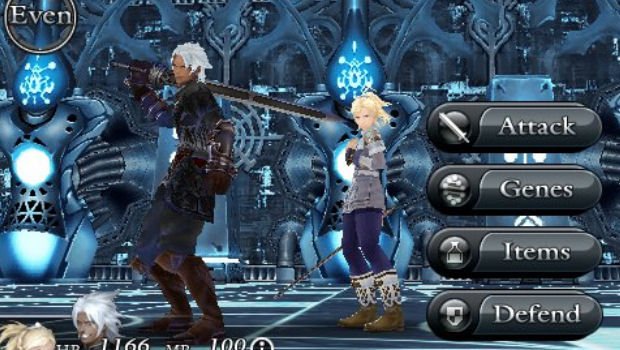 The gameplay itself keeps things strictly traditional, with random encounters and turn-based battles. Taking a “not broke, won’t fix” approach, the combat is rock solid and will be familiar to any RPG fan. One unique twist is that characters can fight individually or pair up for stronger attacks, the trade-off being that paired characters share the attacks of enemy monsters. There is also a “break” system represented by a circular gauge at the top of the screen. When the gauge is blue, allied characters have a battle advantage, but when it’s red, monsters are the ones with the stronger attacks and better defenses. It’s an interesting tug-of-war system that lends a little extra depth to the battle.

Characters can be customized with the use of Gene Plates, which are earned by defeating different types of monsters. For example, killing a spider will earn the Insect Plate. These Plates house various passive or active abilities and spells, all of which are earned by continuing to beat monsters of the corresponding Gene type. Mastering these Gene abilities can create absolutely devastating characters, although magic spells themselves never feel particularly useful apart from during boss encounters, especially with regular attacks being as strong as they are. 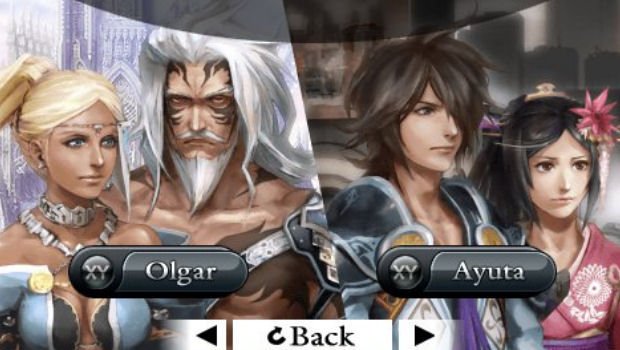 That’s one of the major issues with Chaos Rings, and one that may put some players off — after some dedicated grinding, enemies become an absolute joke. While it’s certainly gratifying to see hard work pay off, the game becomes a cakewalk even on the highest level dungeons once good Gene Plates are equipped and higher level weapons have been found. It’s still lots of fun, and the game can feel incredibly empowering, but some players may be disappointed by how easy the game becomes.

Another low point comes from, ironically, the game’s biggest challenge — the puzzles. During the course of each dungeon, players will encounter puzzle rooms that force them to play around with blocks to collect gems before proceeding. These puzzle sections really threaten to kill the pace of the game and can get rather frustrating, especially because they seem to needlessly tossed into the game. These puzzles somehow seem to get easier the longer the game goes on, but the early ones definitely do their best to ruin the opening hours of the title. 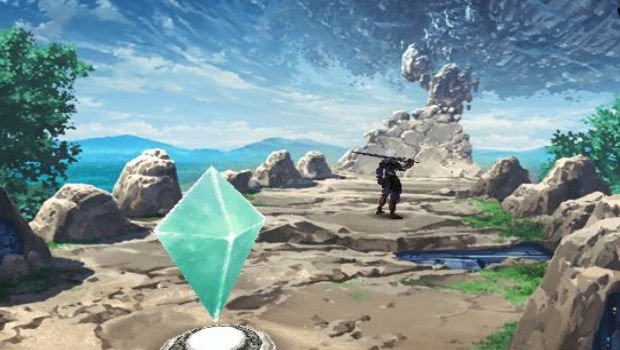 These thorns, however, are minor niggles compared to the overall package. Chaos Rings is a fantastic handheld RPG that evokes the feeling of an old PlayStation classic. The presentation is really sleek, with fantastic graphics, a great art style courtesy of Yusuke Naora, and some decent touch screen controls (although the character navigation could do with a little tightening). Special mention must be made of the absolutely incredible soundtrack. There are plenty of gorgeous tunes on display, with music that shames the aural presentation found in most console RPGs.

Chaos Rings isn’t just a superb iPhone RPG, it’s a truly terrific RPG in its own right. Better than Square Enix’s recent console output, this title outclasses many recent JRPG experiences and easily takes pride of place among the very best iTunes offerings. At $12.99, it’s more than worth the cost of downloading, and if you love JRPGs, you really do need to check it out. Simple as that.

9.5 — Superb (9s are a hallmark of excellence. There may be flaws, but they are negligible and won’t cause massive damage to what is a supreme title.)