When Chaos Rings released for iOS devices last year, it was quite an ambitious project. Impressive visuals, terrific music, and solid roleplaying elements made it a superb title and one of the most successful attempts at bringing “traditional” gaming experiences to the mobile market.

Chaos Rings Omega tries to make lightning strike twice, but perhaps relies too much on the original to stand out. Mobile gaming has grown rapidly since Chaos Rings launched, and this follow-up looks somewhat dated even after such a short time. 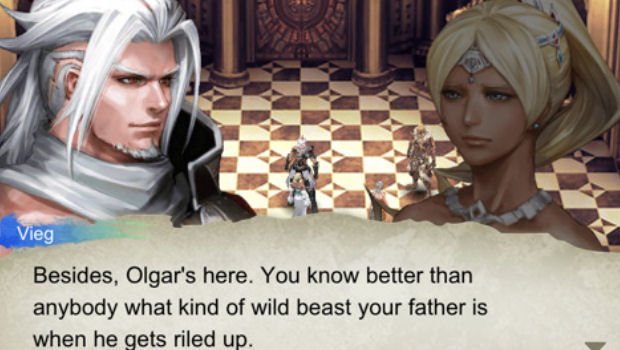 Chaos Rings Omega is a prequel to the original Chaos Rings and tells the story of Vieg, a soldier who finds himself fighting in the same twisted tournament as the original heroes. Like last time, groups of two warriors have to compete for the prize of eternal life and most of the characters seem to accept the ludicrous premise surprisingly well.

The battle system is identical to last time, with characters able to attack solo or combine their powers at the risk of sharing damage. The “Break” system also returns, with each side of the fight becoming more dangerous if they land successful attacks. To those who played the first game, everything will be familiar. 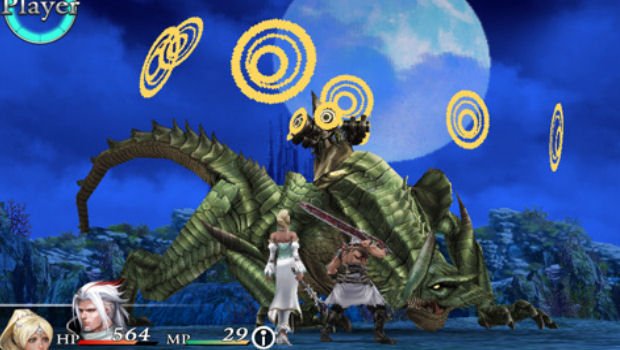 Also making their return are puzzles, which seem more inane than ever and, as in the past, only serve to provide annoying, unwanted distractions that break the flow of the game. They seem more convoluted and desperate this time around, although they can be skipped. Battles can also be skipped, aside from bosses, which means you can actually walk through most of the game without any problem whatsoever.

One of the last game’s biggest flaws, the total lack of difficulty, has remained intact with a only small failed effort to fix it. The “fix” comes in the form of brief, utterly random difficulty spikes. The majority of the game is a breeze until an arbitrary boss appears that is suddenly ten times more powerful than anything else around it. Even these moments, however, can be fought through without too much hassle.

Despite the incredibly negative first half of this review, Chaos Rings Omega can’t be called a bad game, exactly. It’s just an inferior retread of the original. It still features solid graphics (if now outclassed by games such as Infinity Blade), an awesome soundtrack, and some satisfyingly traditional turn-based combat. All the basics that made Chaos Rings fun still happen to be in place, they’re just not presented in as commendable a way. 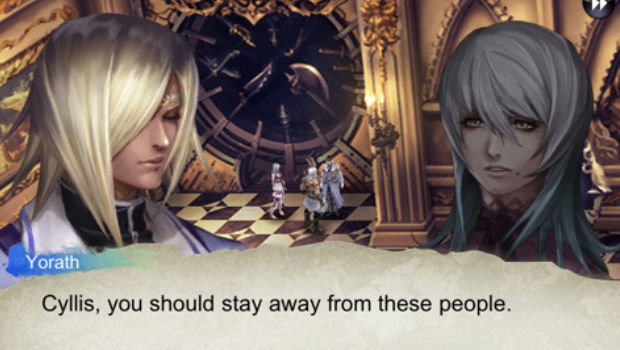 This is quite evident in the game’s story. I found myself skipping through text quite a bit due to the fact that characters range from boring to outright irritating. The extra story involving Vieg’s pregnant wife comes across as mawkish and forced, rather than interesting or deep. To be fair, the plot takes a decidedly dark twist toward the end, but it arrives a little too late to salvage interest.

I can’t really recommend a purchase by any save the biggest fans of the growing series. As a prequel, it does little to shed much light on the overall story, and it seems like a rushed stopgap to keep making money while the full sequel is being developed.

It’s probably for the best if you just wait for Chaos Rings 2. At the very least, hold out for an inevitable price reduction.