EasyGameStation is a doujin developer powered by fandom. Each of its games pay ode to the Japanese classics that came before them. Sometimes they feel like an inspired tribute (Recettear), while other times they border on being an unofficial sequel to an established franchise (Gunners Heart).

The only thing consistent in EGS’ catalog, that jumps genre-to-genre, is quality. In that respect, Chantelise: A Tale of Two Sisters is no different. 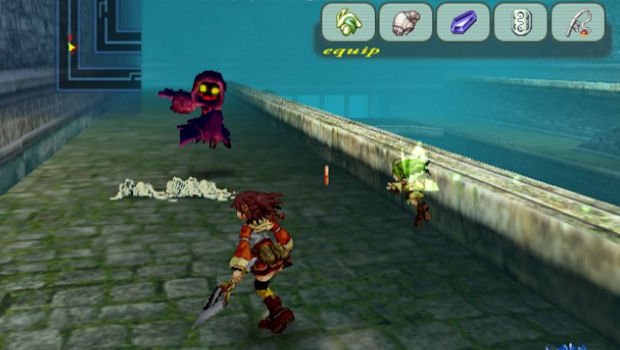 Reccetear — a unique blend of dungeon crawler and store management sim — introduced many Western gamers to EGS when it came to Steam last fall. After the positive feedback, Carpe Fulgur, who translated Reccetear, decided to go ahead and bring Chantelise to the Western world.

Despite being a new release on Steam, Chantelise predates Reccetear by a year in its original Japan release. You could easily be mistaken, however, given that both games share the same engine and many art assets. However, the focus on hack n’ slash combat, its unique magic system and no-frills dungeon exploration distinguishes it from its successor. Mostly for the better.

Fans of Ys, Quintet’s catalog, and Secret of Mana will feel right at home with Chantelise’s combat, which is far more developed than Recettear. Since this is a third-person adventure, you have the ability to evade, jump and combo enemy slimes to bits — or do annihilated slimes just evaporate? 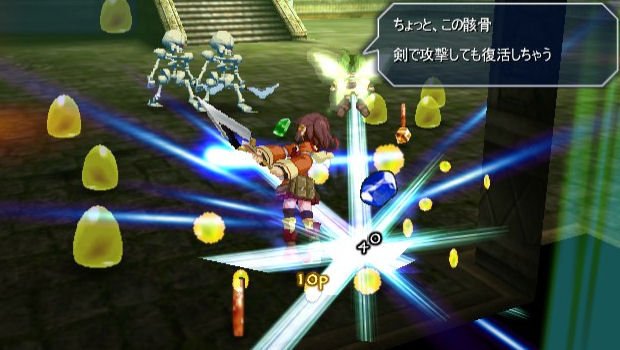 The combat is underwhelming at first due to the “spam x” linearity of it paired with enemy collision that takes some getting used to; a fault of the game’s dated, yet charming 2D sprites in a 3D world. Once you discover and understand the game’s peculiar magic system, the merits of the combat unveil themselves and slowly addict.

Hidden in enemies, trees and barrels are gems which embody one of the four elements. At any time, you can pick them up and store up to six of them. In addition to each element having a different attack, combining multiple gems create new spells that can do anything from healing to summoning an elemental sidekick that will rain down icicles.

Since the gems are plentiful, they feel like a powerful but limited alternative to a projectile weapon. Spamming to your heart’s content will get you by early on, but strategically picking up gems eventually becomes essential to defeating certain bosses. 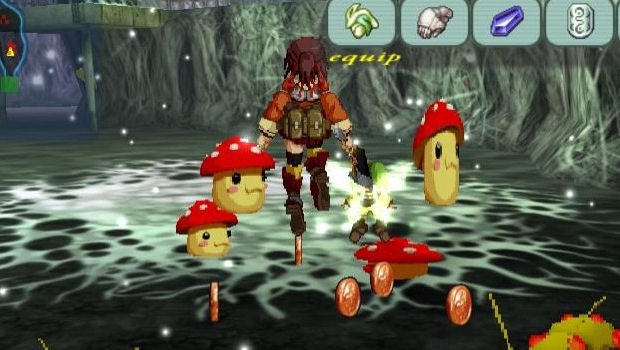 Because the order of gems is decided by the sequence you picked them up, you always face the danger of ruining a gem-chain for a healing spell or wasting a blue gem you could have used on a fire demon. The awareness and strategy of gem collection pairs nicely with the mindless swordplay.

By the end of the game, you’ll have memorized all the various gem orders for spells; racing frantically to pick up gems while dodging deathblow after deathblow from a boss creates a unique, frantic pace to the action.

Chantelise’s garish color pallet and cute character design may make you think this is a children’s game, but you would most certainly be disappointed by the game’s difficulty. The flow of the dungeons and tough boss fights earn the game the title of Demon’s Souls Jr. or, alternatively, Demon’s Happy Soul Time: XX Core Advance Plus. I know, I should name all of Atlus’s games, right?

Unlike Demon’s Souls, you won’t have to put up with traps or falling off an edge to your death every 30 minutes.  What you will have to put up with, though, is dredging through a level every time you die.
These aren’t the largest levels and some are linear enough to provide a straight path to the boss, but it still feels like needless, challenge-less busy work. 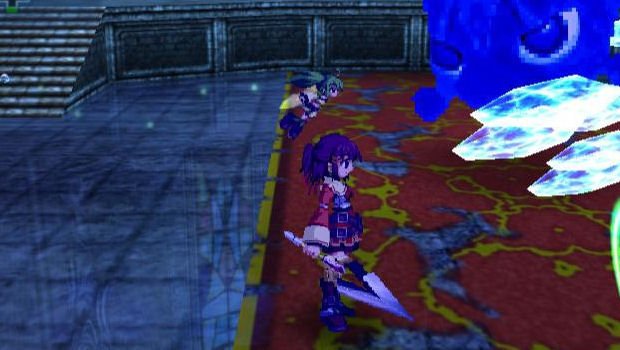 Having to quickly run through a level after failing a boss fight, just to fail again, is not fun. On an occasion, sliding through enemy formations has its own charm. It’s like fantasy soccer.

The game’s four worlds and fairly short final level don’t offer a great amount of variety beyond setting (each world is based off an element kind of like, well, a ton of other games.) Each world is composed of five or so rooms that are nothing more than battle arenas.

You must hunt every enemy in the room to unlock the door to the next and progress. Thankfully, these doors remain unlocked once completed the first time. Occasionally, you’ll need to platform or navigate a labyrinthine stage but these are by no means memorable for a positive reason.

Much like Recettear, you have a main town hub you return to in order to receive tips from the locals, trigger a story event or buy goods from the item shop. Since you don’t level-up — beyond increasing item space and learning new spells from defeating bosses — you’ll need to cash-in treasures and collected gold for improved gear.

Those wary of similar action-RPGs turning into grindfests will be happy to hear that I only faced this issue on the final boss, who is a total dick! If you make the most of the gem system and dodging, you’ll be able to progress through each level nicely. If, however, you are a worthless bum who is useless at videogames, you’ll be able to achieve success through mindless grinding. Keep an eye out for the jukebox; that thing is worth a ton!

Speaking of which, the soundtrack captures all the warmth and joy of a late 90s RPG. Man, I love those corny midi synths! 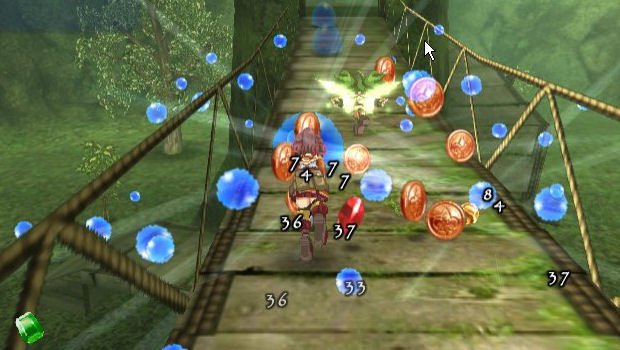 Chantelise is a fairly short game that can be completed within eight-hours by the skillful player, a couple more for worthless bums and nearly double for those determined to discover all of the game’s secrets — there are a lot of them.

Each area of the game has a treasure box that can be unlocked by doing a specific action. Some of these require not getting hit for a certain amount of time or killing a hidden enemy somewhere in the room. Each of these treasure boxes contain valuable items that you won’t find otherwise. If you can’t find any, you can talk to the priest in town who provides hints at the cost of HP.

The story of Chantelise isn’t notable, but the dialogue is charming and succinct — never keeping you from the action for too long. Thanks to the localization effort by Carpe Fulgur, the dialogue is amusing but lines like “cut the horsepoop” may be a bit too cute for some.

There are some genuinely funny moments though, such as when the two protagonists bicker about opening a door via methods that The Legend of Zelda’s Link would use. However, even Carpe Fulgur’s admirable localization efforts can’t improve the expository dialogue and convoluted story.

Chantelise is a game made by three people and, in some respects, it shows. Recycled art assets, a small world and a problematic lock-on system serve as a constant reminder. For the action-RPG fan, these will be minor issues in what is an otherwise well-designed game.

Chantelise doesn’t have the epic adventure of Secret of Mana, but its unique magic system, challenging bosses and pleasant aesthetic will hook you.