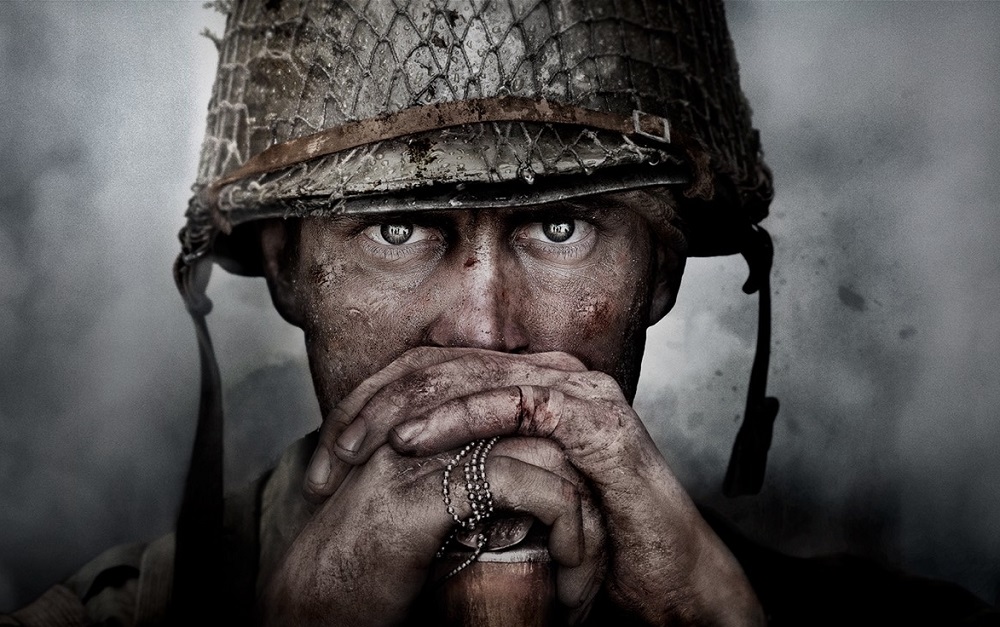 Activision’s billion-dollar franchise Call of Duty has hit a crossroads. After over a decade of releases, the military shooter has traversed through World War II, contemporary Middle-Eastern conflict, the horrors of ‘Nam, a United States invasion, and ultimately into the great infinite of outer space.

Where now? Once the trapeze artist has mastered four flips, blindfolded, over a flaming pit of alligators, where does their act go next? Activision, having equipped its soldiers with jet-boots, matter-destroying weaponry, satellite fire and explosive-laden drones, has hit the wall. There’s little option but to return to the series roots: the blood, mud and misery of World War II.

Will winding back the clock to conflicts – and games – past give Call of Duty a healthy shove into its own future, or is the franchise merely retreading a worn path all over again? Switch out your Titan Energy Rifle for a rusted M1 Garand and let’s find out. 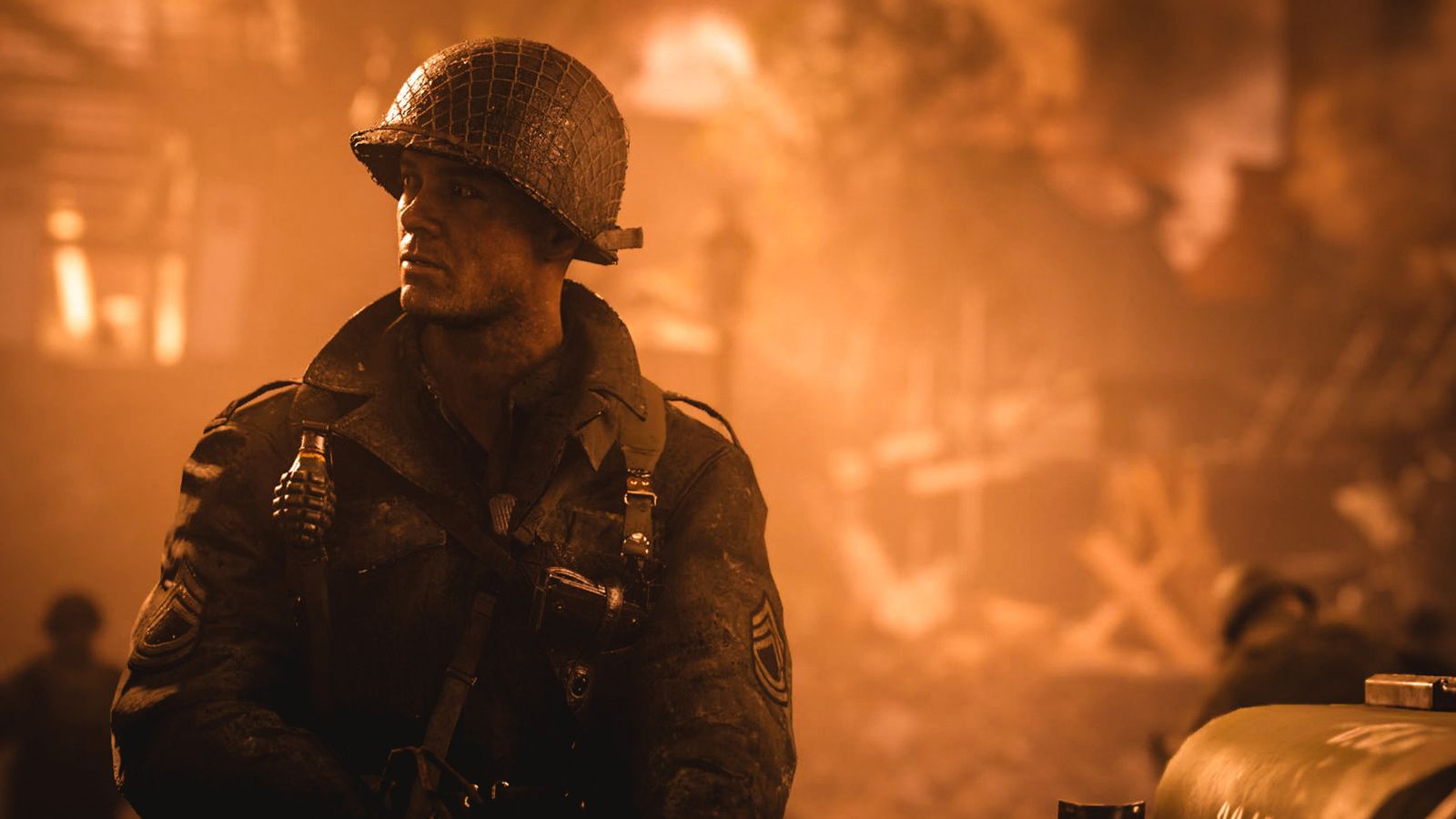 Call of Duty: WWII is, as always, three clearly defined games: the single-player campaign, online competitive multiplayer, and the survival horror co-op mode that is Zombies. Developers Sledgehammer Games have made efforts to give each of these three experiences a boost, but have simultaneously done very little to reinvent any of them.

The story campaign follows farm-boy “Red” Daniels, sweetheart photo in hand, as he and his cookie-cutter platoon (the “funny” one, the “by-the-book” one, the “seen-too-much” psycho, etc.) push through the European theatre of 1944. Beginning with the D-Day landings, before moving to the liberation of Paris, then deep into Nazi Germany. After a frankly disappointing start, the campaign proves to be one of the series’ best in some time.

The story won’t win any Bronze Stars for originality, with increasingly predictable scenes and dialogue, but it does feature some ballistic battles in its latter half (the Battle of the Bulge being particularly explosive), as well as some ridiculous, but welcome vehicular sections. A standout mission also sees the player in the heels of a French resistance spy, which requires accurate memorisation of her cover story in order to avoid enemy capture.

Some may take umbrage at the campaign’s relatively short playtime (around six to seven hours) but I personally felt it was just enough. The set-pieces do get repetitive — such as multiple hand-to-hand QTE sequences, or scenes constantly ending with Red caught in a blast — and I think if the campaign were any longer, boredom would set in. As it stands, WWII‘s campaign is a tightly-paced and enjoyable adventure, albeit one that is no different from every WWII movie you’ve ever seen.

It’s commonly argued that Activision have given zero shits about their single-player content for years, knowing that multiplayer and Zombies are the real draw of the modern CoD experience. This is hard to deny when all of WWII‘s new features are directly linked to its online modes. The new “HQ” is a social hub where players gather to receive orders, adjust loadouts and open those all-too-controversial loot boxes. The hub is a novel management idea but feels somewhat frivolous. It also cynically serves as a pushy reminder that the loot box mechanic exists. I’m sure hardcore multiplayer fans would much rather jump back into battle than deal with extra screens and their accompanying load-times.

Multiplayer itself is functionally reliable (save for some opening weekend drama) and as popular as always. Unfortunately, this year’s maps are quite flat and uninspired, with too many choke points and blind corners. There also appears to be a spawn issue, as I’d find myself face-to-face with the enemy split-seconds after returning to battle, leading to some frustrating insta-deaths.

I got much more enjoyment from the new mode, “War,” which has an attacking team fighting to complete several objectives, such as building a bridge, then escorting a tank over it, whilst the opposing team attempts to block them out. It’s great fun, featuring exciting cooperative play and even some defence-building elements. Cut-scenes bookmarking each round provide narrative context to the battle, making the stakes feel a little higher than in your standard online free-for-all.

While no-one can accuse the mode of being thin on content, given the hundreds of grinds and unlocks available, WWII has launched with lackluster multiplayer. It’s still a crisp experience technically but, from a design standpoint, it’s showing its age against other tactical shooters. Between the over-eager pushing of loot boxes and some weak map designs, this year’s effort is underwhelming.

Zombies continues to grow as a major draw of the Call of Duty package. Not only does it feature some big-name stars lending their voices and likenesses to the four protagonists, but also showcases some fantastic visual effects. The Final Reich is the tale of a group of rag-tag strangers, hunting down stolen artifacts, who stumble upon a secret Nazi laboratory and the monstrosities that dwell within.

After a creepy prologue level, designed to teach new players the basics, it’s business as usual, as the four players fight off endless waves of increasingly rabid zombies. This rewards the crew with currency (Volts) with which to unlock better weapons, build defences and access new areas, with the story unfolding as the team progresses through the map.

Oddly enough, The Final Reich is the best-looking part of the WWII package, featuring intricately detailed, genuinely scary monsters, brilliant juxtaposition of light and shadow and some great Tesla effects. Though WWII is an impressive-looking title all-round, the specific use of disgusting creatures, grim weather, flickering bulbs and warm fires gives Zombies a leg-up over the game’s other modes, at least from a visual perspective. 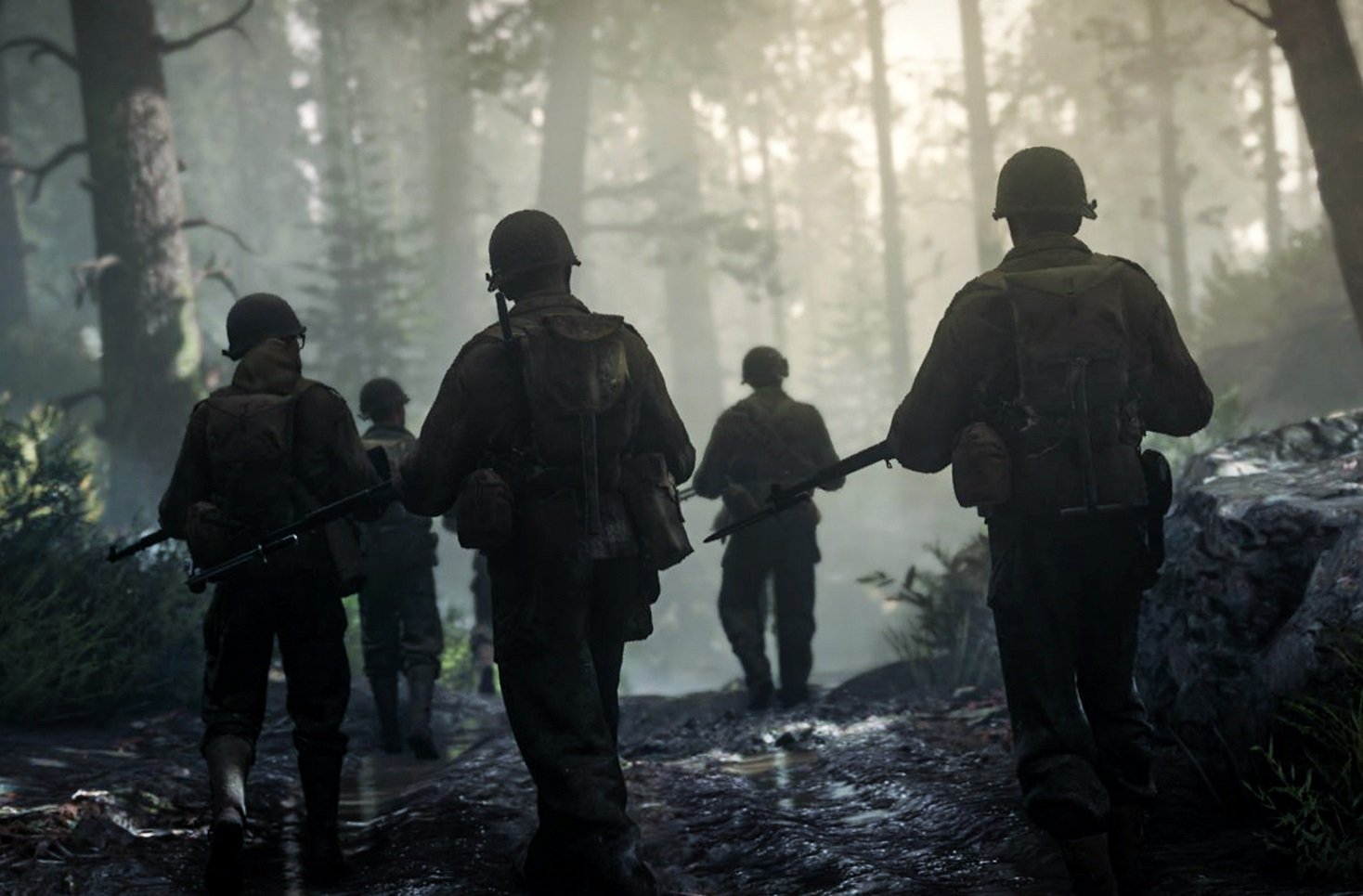 For years, the Call of Duty series has provided players with glossy, well-made shooters, rarely failing to rake in the big bucks. WWII sees the franchise in healthy form, but struggling to plot its next tactical maneuver. Though it adds great features such as the aforementioned “War,” and delivers a solid, if cliched, single-player campaign, it also makes little effort to overhaul the brand as a whole, playing it incredibly safe when the opportunity for reinvention was right there for the taking.

Call of Duty: WWII is a satisfying experience. It is also easily one of the best-looking and feature-packed iterations of the franchise to date. But the cracks are definitely showing, with years of repetition getting ever-harder to disguise. The game will please a huge contingent of its dedicated fanbase, but its reliance on the status quo might be wearying for others.