Relive The Battle for Burger Town

It’s still really distressing… It’s been over 10 years, and it’s still one of the most disturbing moments in the annals of video games. Despite the tell-tale “gaming” reminders (a quick glance around reveals a very repetitive use of character models), it’s the little things: the cop who slowly draws his gun in disbelief; the guy trying to pull an injured loved one to safety; the hapless trio of tourists who think surrendering will save their lives. But ultimately, what actually causes the chills, is the real-world relatability of the situation.

When talking about violence in video games, it’s always the usual scapegoats that get name-checked – your Mortal Kombats and Resident Evils. But they’re not really violent. They’re violent like, say, The Running Man is violent. Modern Warfare 2‘s notorious “No Russian” is actually violent. And let’s face it, we know exactly why it’s so upsetting: it’s representative of real-world atrocities, far detached from the comic-book safety of exploding zombies and decapitated ninjas featured in other “shocking” games.

Despite MW 2‘s toothless “This Game is Fictional” opening salvo, “No Russian” remains a little too close for comfort. That’s why people are still talking about it. It’s why I mentally recall the scene every time I visit an airport (not dissimilar to how Jaws affected a generation of beach-goers). And it’s why today, over a decade later, it’s still an indelible sequence to almost everyone who experiences it. 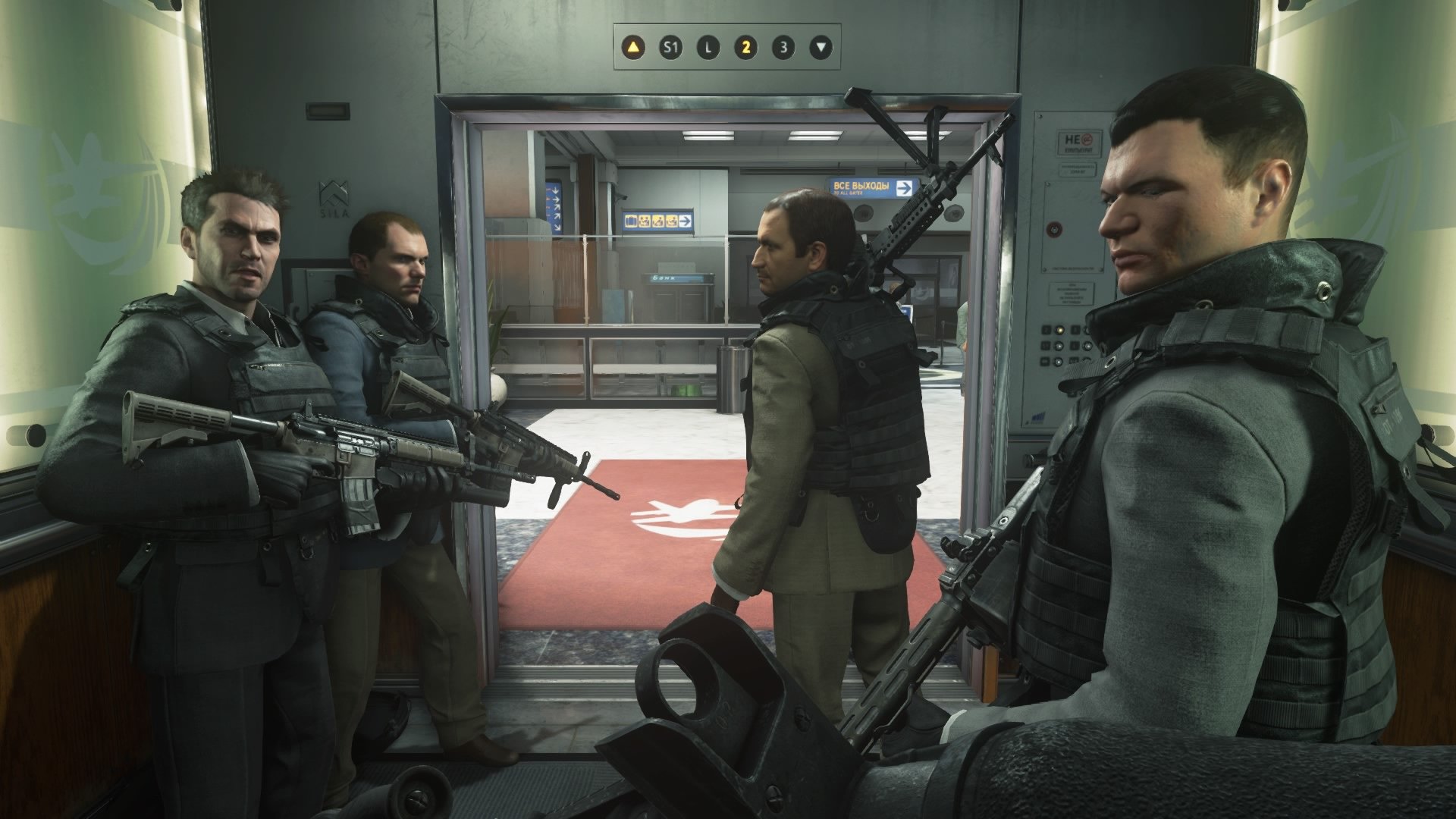 Given that Modern Warfare 2 sold well over 20 million copies in total, it almost seems redundant to relate the campaign’s plot. But for those who didn’t experience Infinity Ward’s hugely anticipated follow-up to the genre-defining Call of Duty 4: Modern Warfare, here’s a quick refresher: In the aftermath of the aforementioned airport massacre, an accusatory finger points at the United States, which leads to a full-on Russian invasion of North America.

With the country under siege and the U.S. “all out of friends,” it’s up to the country’s Ranger Corp. to hold fast on the front line of suburbia, while black ops outfit Task Force 141 – led by the hardened General Shepherd – must hurriedly uncover the truth behind the terrible incident that left hundreds of Russian civilians dead, and Uncle Sam carrying the blame.

While no one would suggest the original Modern Warfare was strictly believable, its sequel was definitely the entry that began the franchise’s love affair with truly over-the-top action sequences. There’s an irony that MW 2 presents the audience with a set-piece as brutal and somber as “No Russian” before bombarding them with snowmobile chases, a wild running battle through a favela, a sabotage mission on an oil rig, a trip to outer space and, perhaps best of all, a ridiculously explosive rescue mission at a Russian gulag. Every one of these scenes worthy of 007 or, perhaps more accurately, Michael Bay.

At the time of release, the ridiculousness of these missions turned off some parts of the fanbase, who felt MW 2 had gone too far over the brink with its “Hollywood movie” stylings. It’s amusing to reflect on that today, given that the franchise has since taken a deep dive into jet-boots, plasma-rifles, spider-drones, and anti-gravity wall-running. Hell, by the time we came around to World War II once again, I was very surprised how many fucking car chases my school textbooks had omitted.

But old Father Time has worked beautifully in MW 2‘s favour. Now its bombastic nature – compared to the Advanced Warfares that would follow in its stead – doesn’t seem quite so jarring juxtaposed to CoDs past. Still as energising today as it was in 2009, Modern Warfare 2‘s campaign offers players engaging, intense, and exciting missions, filled with memorable moments, wild surprises, and Fast and Furious-level logic. Hell, today I can even watch Task Force 141’s utterly insane solution to the Russian invasion with a new tongue-in-cheek perspective, as opposed to the head-shaking disbelief it received in 2009.

The story has been given a serious adrenaline shot by Beenox’ amazing remaster work, which brings the last-gen visuals, textures, effects, and animations in line with more recent CoD releases. More than a simple “upscale and polish” job, every scene feels true to the original release, yet somehow new all at the same time. Boosted by the power of modern technology, MW2:R plays very cleanly, with crisp control, immersive sound, and stunning visuals, further enhanced in HDR and 4K resolutions for PS4 Pro users. Whether you know MW 2 like the back of your hand, or you’re experiencing the campaign for the first time, it’s still a crazy ride. 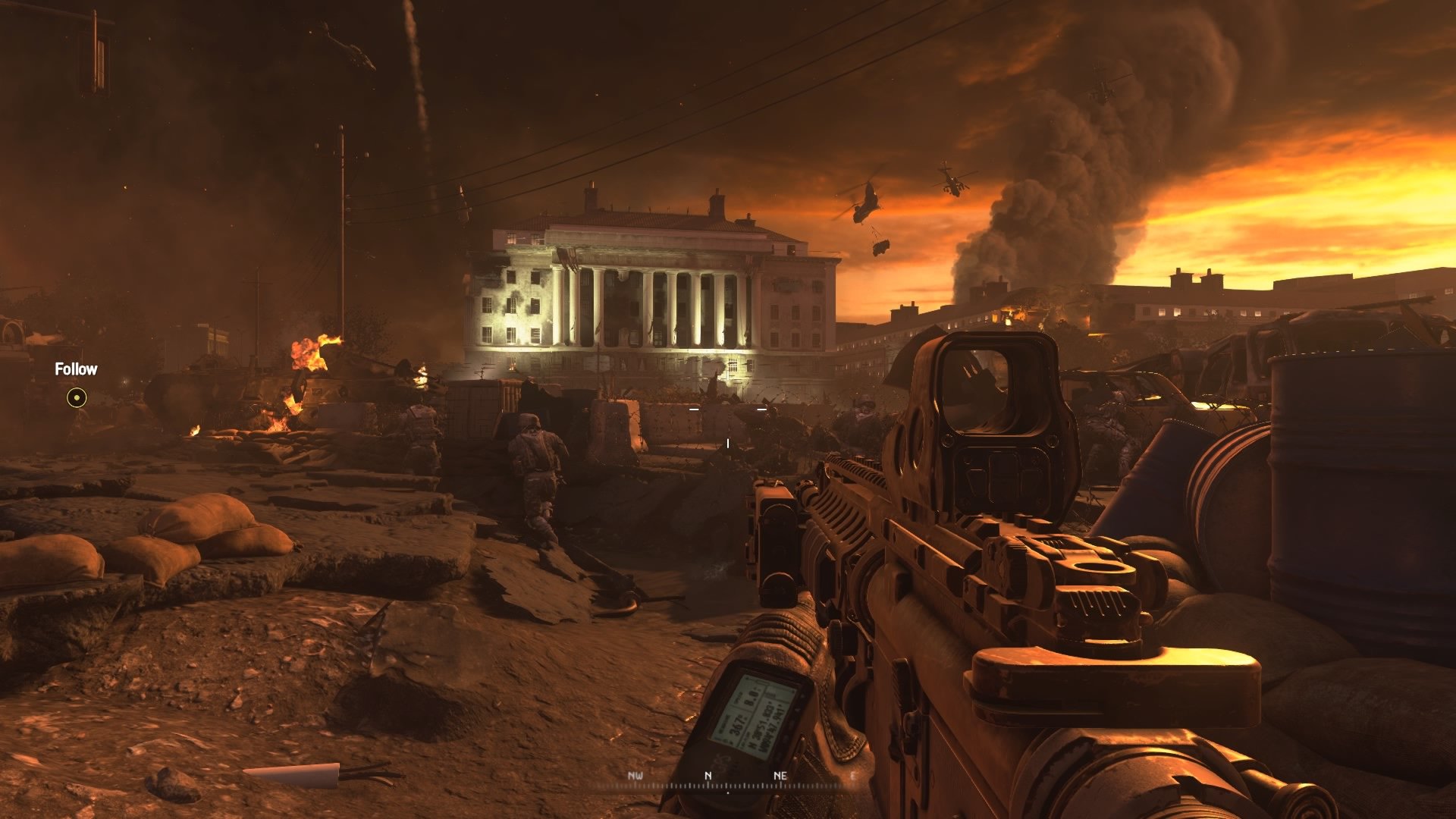 The Call of Duty: Modern Warfare 2 Campaign Remastered package is a slim one. As the title suggests, it simply consists of the original campaign, but not its multiplayer mode or “Spec Ops” side-missions. The campaign does offer CoD‘s famously nihilistic difficulty options, as well as a huge list of classic and new trophies to unlock. Gathering the hidden intel dotted throughout the maps also unlocks a range of goofy settings, screen filters, and challenges – for example a hellish mode where every killed enemy drops a live grenade. Thanks. These features are obviously provided to present longevity and/or replay value.

At $20, it’s understandable that some may want to hold off for a discount, and it can’t be denied that it’s a shame we don’t get to enjoy MW 2‘s legendary multiplayer mode again. But, to be fair, Activision has just released a great, free-to-play Call of Duty multiplayer experience, not to mention Modern Warfare (2019) has its own multiplayer elements, so the omission here is expected. Whether an (admittedly excellent) remaster of a single campaign is worth the asking price will likely come down to your dedication to the CoD franchise.

Time has been kind to Modern Warfare 2. The resonance of this particular entry is demonstrated with heartfelt passion in Beenox’ high-gloss, finely-tuned remaster. While the overall package is slim and the asking price no doubt steep for some tastes, there’s no denying that MW 2‘s provocative and exciting campaign has aged like wine, an explosive roller-coaster still worth riding.