Where’s Beaumont when you need him

Although most people don’t keep an eye out for Call of Duty DLC, Infinite Warfare‘s first pack, Sabotage, arguably topped the main game. It delivered a Jason-esque camp theme for its stellar zombie mode, and managed to nicely balance the “far future” theme with Renaissance, Infinity Ward’s take on Venice.

Continuum is unfortunately a step back, as it eases a little too uncomfortably into the conventions it already set last November. 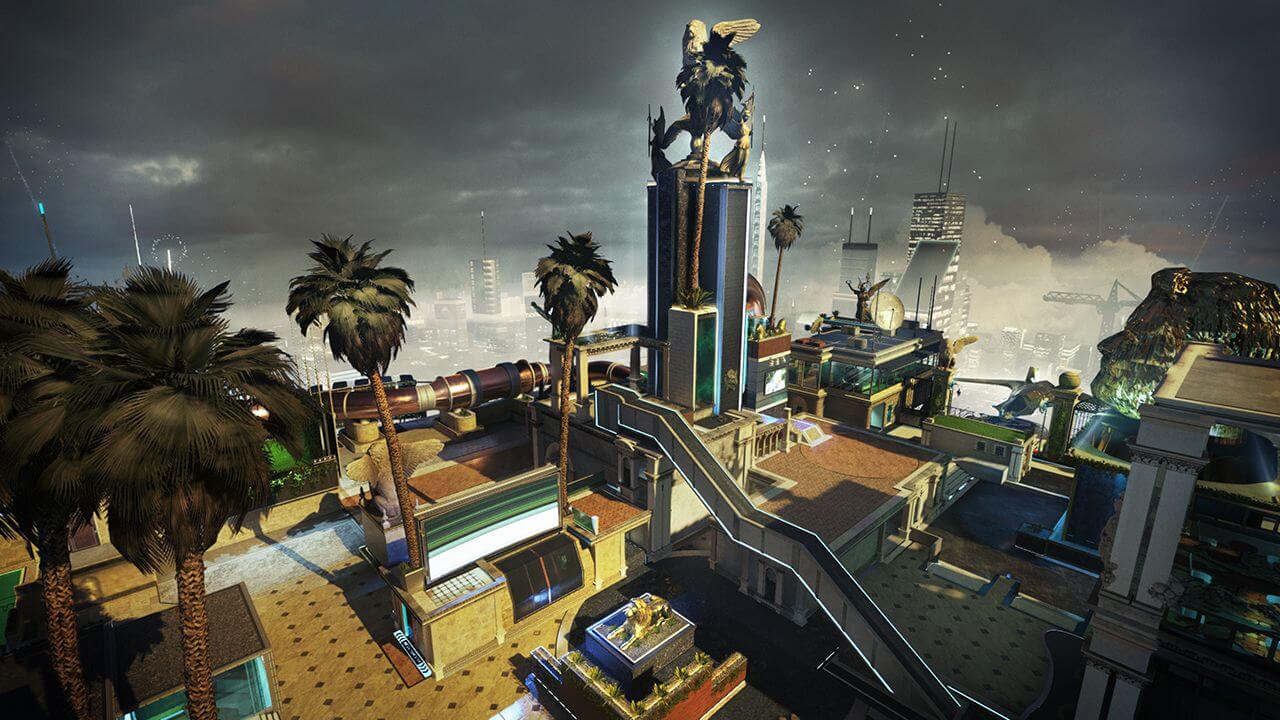 As the obligatory remake of the bunch, Excess is a re-imagining of Modern Warfare 2‘s Rust — you know, that oil yard map. You remember, right? That one in the desert? No? Same. Every map has its fans, but I’m struggling to think of why anyone would pine for Rust’s return.

Excess is a marked improvement with its snazzy metropolis theme, but that idea has been done so many times in multiple “far future” lines that it’s not exactly novel (I wonder how people will take to the upcoming game, which returns to the series’ roots). I do enjoy its open setup and the signature attention to detail, but it’s not a particularly memorable part of the rotation. It’s like a junkier wing of Turista (another map in the same DLC). 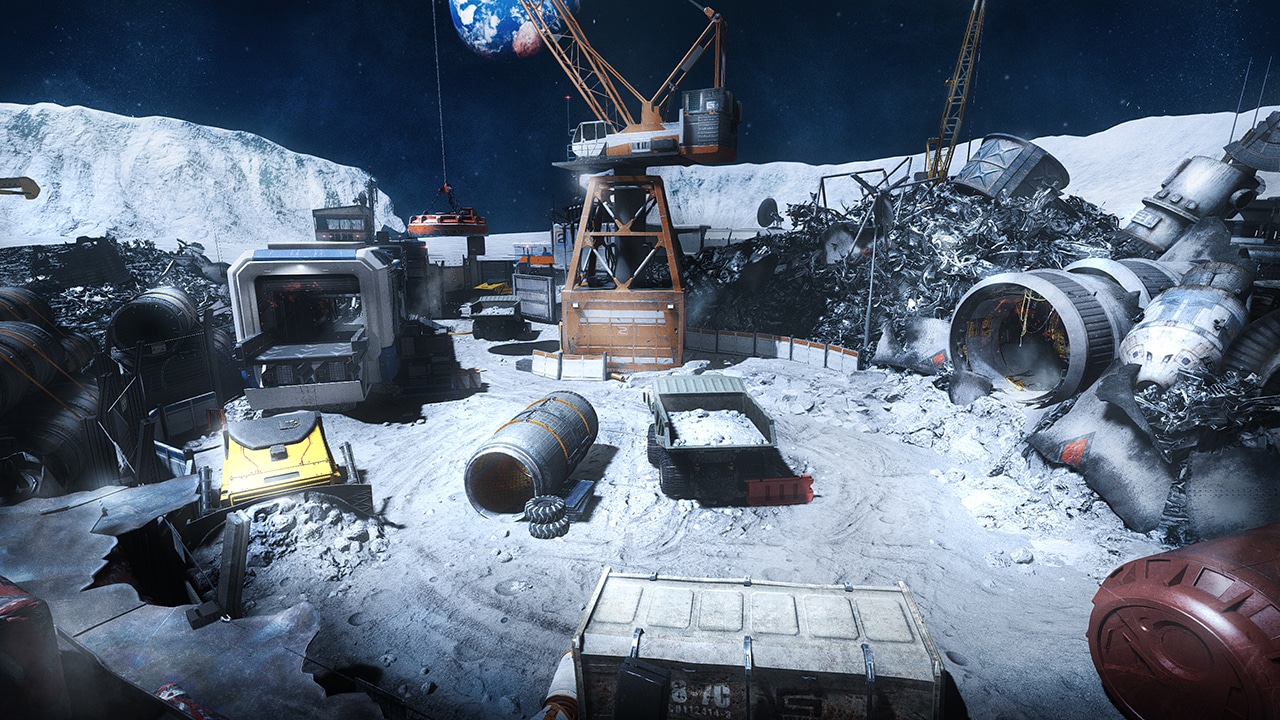 Every Call of Duty map developer seems to be contractually obligated to occasionally provide a dull entry so the rest of the add-ons seem exciting by comparison. Scrap takes the bullet this time.

While there’s plenty of opportunities for choke-points and interesting objective play, the “moon junkyard” motif really isn’t doing it for me. It kind of exposes the limits of the space concept for Infinite Warfare in general — while the team could have gone really out there and given us something alien (DLC is the perfect opportunity to be weird), or something new, we return to the moon.

There’s one cool mechanic that involves jumping up onto a magnetic piece of machinery to invert your avatar, but it’s not very practical and is limited to a few locations. 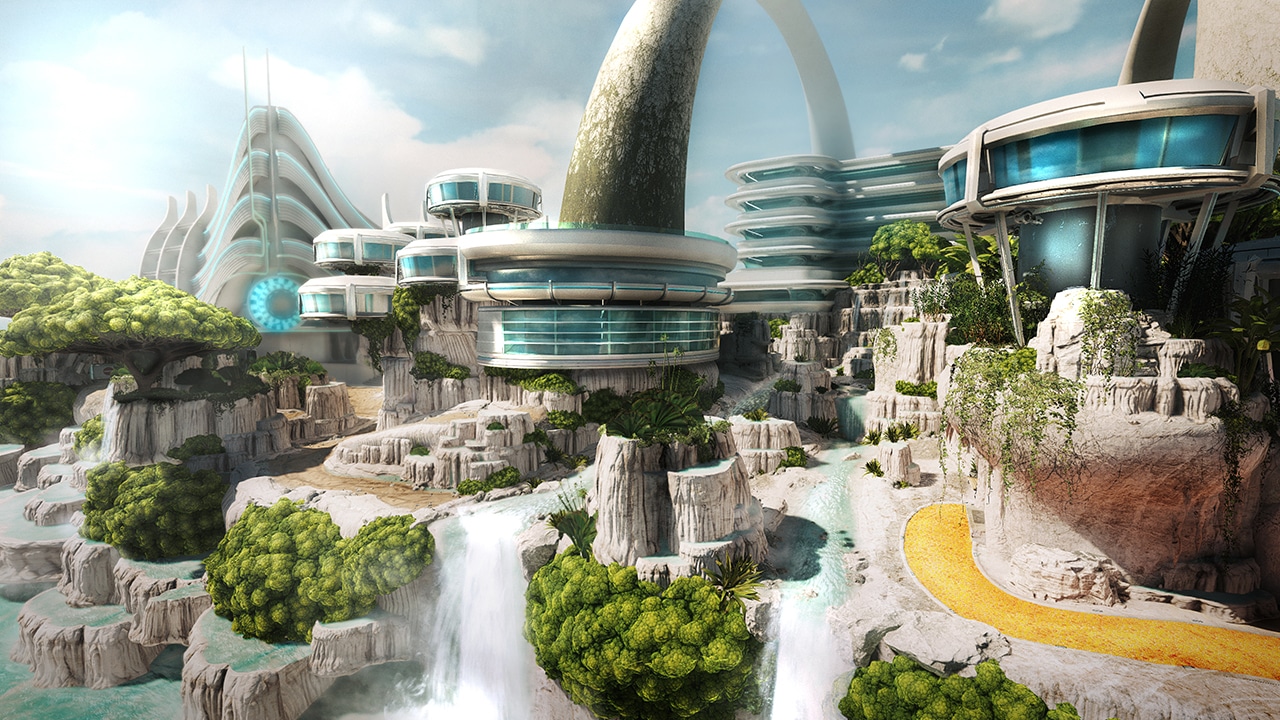 Turista is a little more rock and roll. It’s a high-tech resort that’s housed inside of an alien creature’s skeleton, which is basically as metal as it gets in a sci-fi Call of Duty. A looming Halo-esque bone setpiece towers above you as you play and adds a good amount of atmosphere, and the (not obvious) three-lane setup ensures that it’s easy to acclimate to on any playlist.

It’s a beautiful level that pushes the engine and the design limitations that many of Infinite Warfare‘s base maps suffer from. 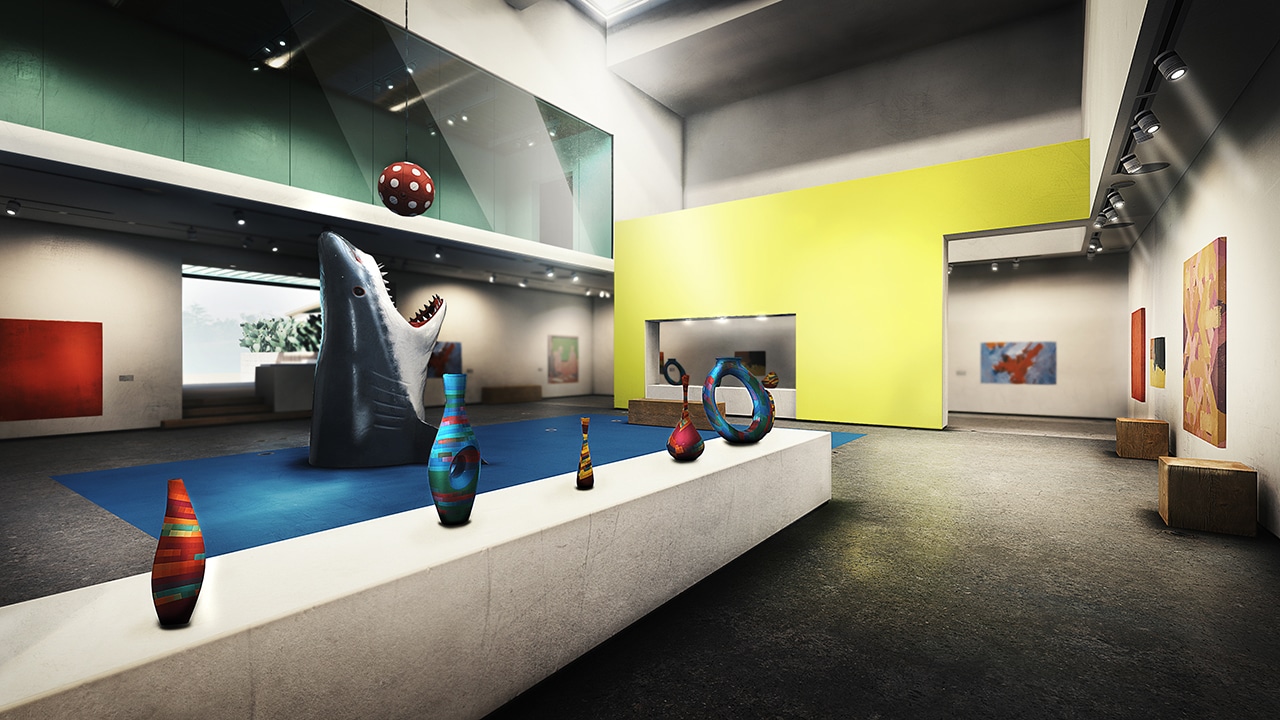 Archive does enough to fit in as a premium map, with a distinct focus on indoor combat. The whole art gallery gimmick doesn’t go nearly far enough (half a shark body coming out of the ground is funny for a moment, yet you cannot, I repeat cannot throw grenades into its mouth!), but it’s bright and full of life, which beats out a lot of other maps. As well as it plays, I hope actual far future art is a little more punchy than this reality.

It can’t be understated how much effort was put into the gallery though — the Andy Warhol cat pictures series is a nice touch, and I can’t believe you can read each individual placard (we’ve come a long way when it comes to FPS map aesthetics).

Of course all roads lead to zombies, and most of you are probably picking up Continuum for its main course, Shaolin Shuffle. The comedic stylings of Kevin Smith (which, as polarizing as Smith is, fit well in the last DLC) have been subbed out for veteran actress Pam Grier, who is a pretty good get even if she’s underutilized. I have a massive sweet spot for the disco era, and the Netflix show Get Down has allowed me to indulge in that fix, but I could always use more. This mostly delivers by taking some risks, even if they don’t all pay off.

There are so many absurd and unique ideas in this DLC that really make the case for a standalone zombie game. Four individual kung-fu combat styles (and great-feeling weapons like swords) that embolden the typically weak melee system are the highlight, as is the disco dance floor, punk mosh pit trap, and a mutated former CEO rat king. They don’t go too far out there mind, as most of the fluff like roller zombies and era-appropriate attire are things you’d expect to see.

The setting also unfortunately does not match the ferocity of its Tiger Style. A run down New York City, no matter the era, has been done to death — and nothing here elevates it above the rest of those renditions. I’m still really digging the Scooby-Doo-ass cartoon cutscenes, and this subseries of zombies has so much heart, perhaps more than any other facet of any Call of Duty game before it. You have to give it to Infinity Ward’s zombie team (and the celebrity cast) for sticking it out this long. I’m glad that these folks didn’t meet the same “one and done” fate that Jeff Goldblum and company did in Black Ops III‘s short-lived Shadows of Evil.

Call of Duty: Infinite Warfare: Continuum is an uneven but above-average pack. It pales in comparison to Sabotage, but hasn’t dragged down the season pass as a whole in any meaningful way. I’m anxious to see what the next two offerings can bring to the table, while we wait to hear more about Sledgehammer’s next project.