Third time is a charm

Another year, another round of Call of Duty DLC — four rounds, yet again, in the case of Advanced Warfare. We’ve already had the Havoc and Ascendance packs drop so far as part of the Season Pass, and while they weren’t bad offerings, nothing about them really vied for a purchase.

With Supremacy, there may be a case for the pass, at the very least at a discount down the line. 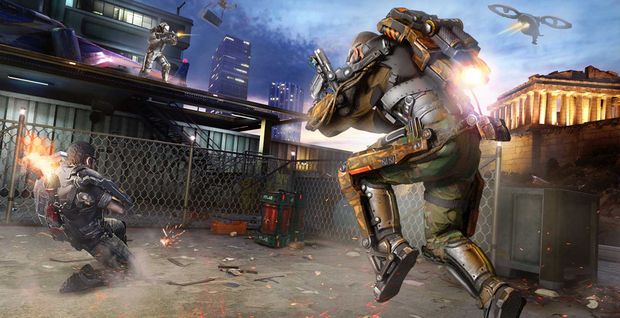 First up is Skyrise, a map that takes place in futuristic Greece. Well, you wouldn’t notice the setting unless you really looked, as the only clue is the Acropolis landmark on one side of the map. As it stands, it’s basically a straight remake of Modern Warfare 2‘s Highrise. It’s a classic arena in its own right — but as I’ve said in the past, I’m not a fan of injecting remakes in a $15 DLC pack.

Having said that, Highrise really holds up. It’s a classic tiered map with plenty of high, middle, and underground paths, with a giant playground in the middle, and hidden side paths. It’s a nice addition to the rotation, and enough time has passed between the release of Modern Warfare 2 to not piss me off. 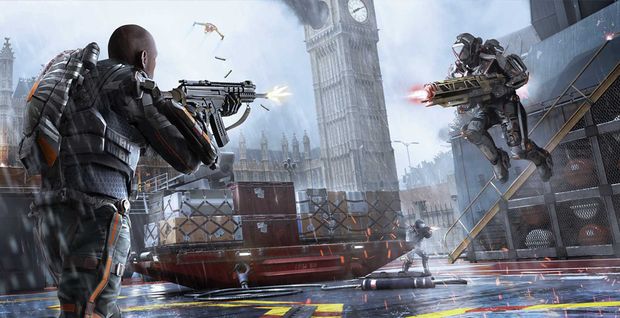 Parliament is set on the River Thames in London, and is yet another tanker map. It’s almost like Activision needs to fulfill an imaginary quota of tankers in every Call of Duty, so this is where you can get your fix if you’re a fan of steel traps. It’s a lot like Skyrise in that most of the cool stuff is happening in the background, but there’s some decent opportunities to jump around the map and over hazards like the river itself.

It’s not quite on par with Skyrise’s layout, but I have no real qualms when it comes up, since it takes advantage of the increased Exo mobility quite well. 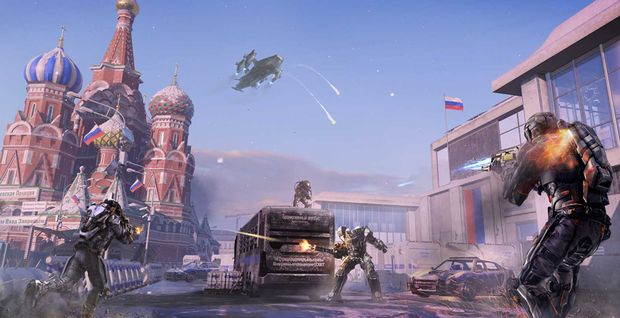 Kremlin, obviously set in Russia, is extremely colorful, and sets itself apart from the rest of the pack immediately. I love that it feels like a legitimate map from an older game like World at War, as there’s tons of detail inside and out, and nearly none of the layout is wasted.

It’s one of the best objective-based maps currently, as there are multiple chokepoints built into it, including one really rad area that involves a long road and a mounted machine-gun perch. Whenever it comes up in a playlist, my eyes light up and I mash the vote button. 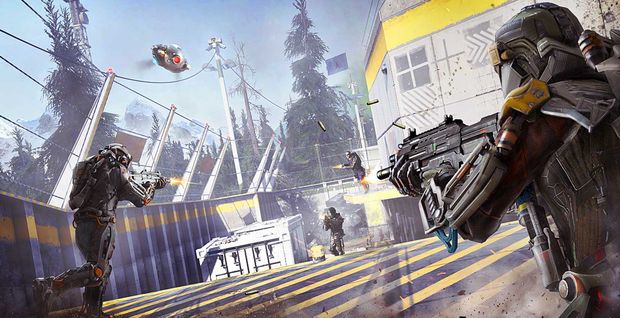 It seems like there always needs to be one bad apple in these DLCs, and Compound fulfills that niche. Taking place in a staging ground in Colorado, Compound is a boring, small map that serves no real purpose in Advanced Warfare, which is a much more mobile game than past iterations.

From what I’ve played, opposing teams tend to spawn on top of one another, leading to a bunch of messy firefights. They tried to go for a more tiered design here, but it mostly fails because everything is so low to the ground. Thankfully, the Exo Grapple playlist returns for Supremacy, and I recommend playing it to get more mileage out of Compound. In case you were wondering, there’s no DLC weapon this time around — which I’m more than fine with.

Like clockwork, a number of issues I have with Supremacy have been alleviated with the third part of the Exo Zombies tale, Carrier. I really love how Sledgehammer and Raven Software are moving the story along with the same cast of characters, and its narrative style is pretty much exactly where it needs to be. It’s not as cryptic as Treyarch’s method, it’s not too on-the-nose, and it’s far more interesting than Infinity Ward’s alien-oriented Extinction lore.

It helps that Bruce Campbell is now along for the ride, and he fits the tone of the game perfectly. Maybe he’d be better suited as a full-on Ash cameo down the line with a wackier take on the zombies mode in general, but he does a great job of acclimating to the already talented cast here. Carrier itself looks aesthetically similar to the first Exo Zombies mission, but the intricacies will soon start to pop out the more you play.

One of my favorite bits involves a makeshift Pachinko machine on a random wall that takes spare grenades, rewarding you with cash. There’s also a lot of cool skirmishes with humanoid opponents this time, which elevates the mode and gives it a certain degree of depth that exceeds your normal “horde” expectations. Objectives like defusing bombs while fighting off ravenous zombies do a great job of keeping you on your toes. 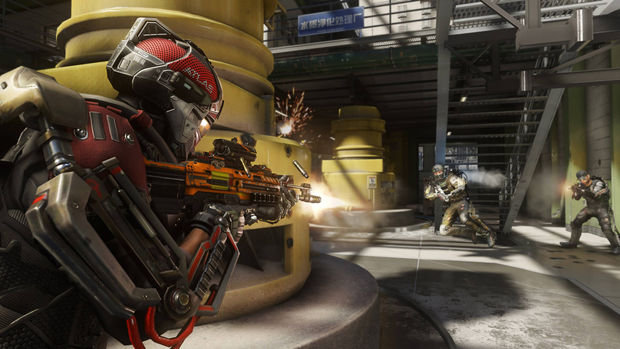 Call of Duty: Advance Warfare’s DLC drops have become incrementally more impressive as Sledgehammer is willing to take more risks. While I didn’t think it’d be able to bring anything new to the table for its first Call of Duty outing, the studio has proven me wrong, surpassing Infinity Ward in my mind. While the jury is out on the fourth DLC for Advanced Warfare, Sledgehammer has already done enough to make me look forward to its next project.