Did John Malkovich just call me a bitch?

So here we are with the Reckoning DLC pack, the last add-on for Call of Duty: Advanced Warfare after Havoc, Ascendance, and Supremacy. All in all, it’s been a great ride, and slowly but surely, each map pack has improved upon the last.

It’s great then that Advanced Warfare is going out with a bang with its best DLC yet. 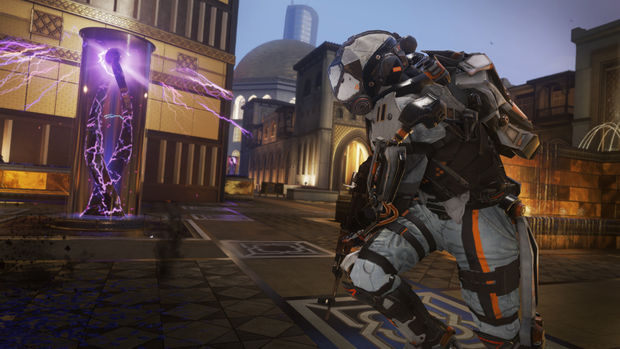 Let’s kick things off with Overload, the sexiest map in Reckoning. Taking place in a giant Middle Eastern hotel complex, it has all of the pizazz you’d expect, and more. It’s a great mix of indoor and outdoor environments, with a layout that keeps you in the action while allowing you to have condensed firefights.

It allows the Exo movement and jetpack mechanic to really breathe without confining it like some maps in the past have. It also has these little tesla coil things littered about, which are basic in their functionality (an area-of-effect jolt when shot), but very cool aesthetically — plus, they sound really neat. 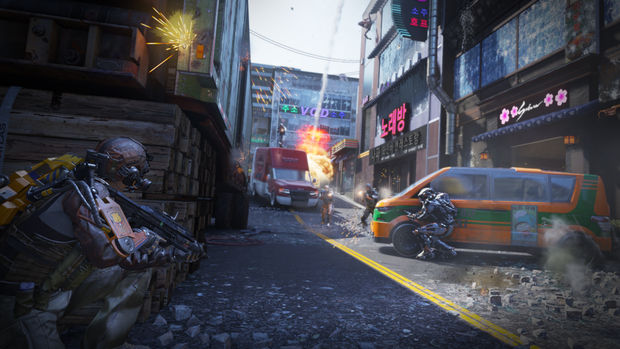 Next up is Swarm, a map set in a ruined Korean city. It’s nice to see the series return to a setting like this, as I enjoyed “Magma” in Black Ops II. There’s plenty of windows to boost into and buildings to hide in, and the map lends itself to vertical movement well.

They really go with the destruction theme, and there’s a ton of detail present that I wasn’t expecting. It’s another great showing for Reckoning. 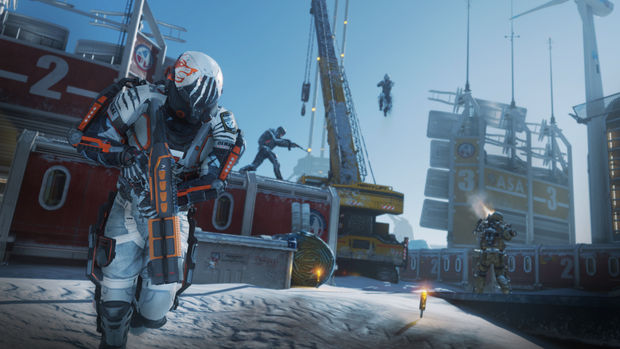 Fracture is an ice level that reminds me of The Thing, in a good way. The backgrounds are very detailed, and the smaller, more intimate theme works to its advantage. It’s basically all outdoors, which gives it a distinct feel compared to the rest of the DLC.

Although Array from the original Black Ops is probably my favorite snow map in Call of Duty history, Fracture does the frozen sub-genre proud. 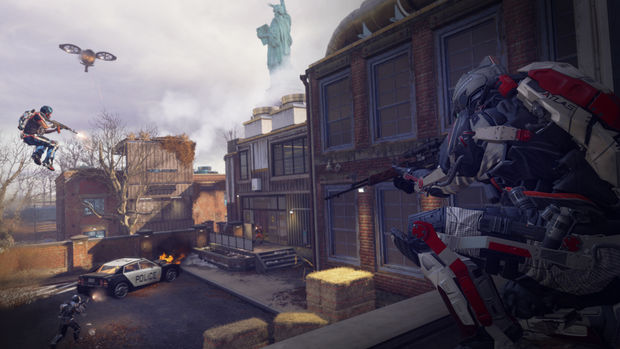 Quarantine, the last of the four core maps in Reckoning, gives off a distinct Walking Dead TV series vibe, which I dig. It also feels like it has a Call of Duty 4 theme with its simplicity, but it’s not as vertical as I hoped it would be. The general gist is that the arena is a testing site for experiments on primates, complete with tons of banana boxes and even a room full of live test subjects.

It’s a rather generic theme, but it must be said that I do enjoy playing it in the rotation. I wouldn’t consider it a wasted slot.

Now, onto the best part — the zombie level. Following along with the narrative that saw the demise of John Malkovich’s character (and the debut of Bruce Campbell), and his ascension into zombie-hood, Descent is one of the most unique zombie stages in the entire series (the one that featured mafia ghosts withstanding). It straight-up feels like you’re in a Bond villain base, which is partially true as Malkovich is there to taunt you every step of the way as you navigate your path through an underwater testing site.

As you make your way through each wave, various power-ups will start to appear at the top of the deck, which you can periodically gather. These range from standard stuff like turrets, to more interesting mechanisms like defensive AI robots that float around your character. Everything feels much more action-packed and desperate, with more firepower and abilities to match the more aggressive enemies.

At times, Malkovich will teleport you to a room for a boss fight session of sorts, with different hazards to avoid (like laser grids above you, preventing double-jumps) and a variety of enemies to best in close-quarters. It’s a sight to behold with four players, as power-ups are constantly appearing in this secluded room while you fight for your life. Again, intensity is what they’re going for here, and it really works. I’d have to think about it for a while, but it may be the most fun I’ve had with zombies since first playing World at War. I mean, Malkovich actually says the line “The teleporters are mine now, bitch,” to give you an idea of what I’m talking about here.

At the end of the day, I’m happy with what Sledgehammer Games (and Raven) brought to the table with Call of Duty: Advanced Warfare as a whole. Though it’ll be tough to dethrone the current kings of the franchise (Treyarch), I have more confidence in their follow-up than before, and I’m eager to see what they can come up with next. At this point Infinity Ward is a lame duck, and the odd developer out.