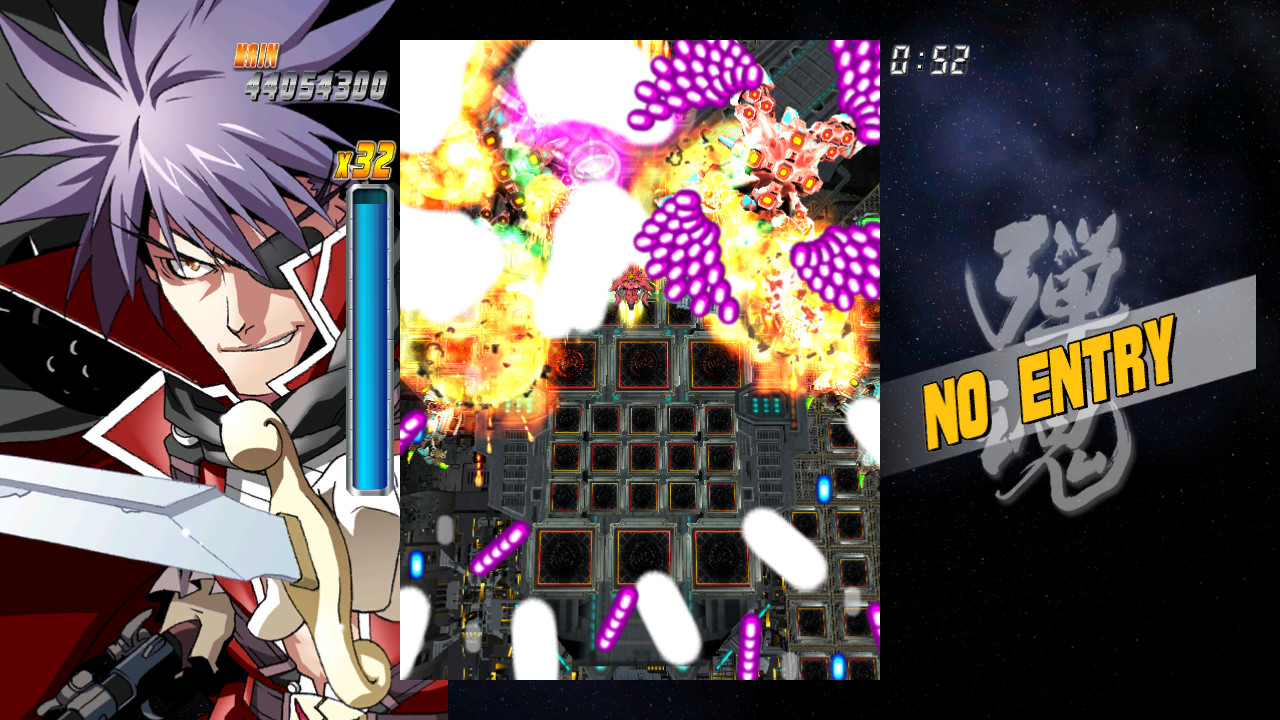 I got soul but I’m not a soldier

“There are only so many shmups I can play before I get sick of them,” is something I’ve never said in my life.

So without further ado, here’s a review of Bullet Soul, which is gearing up for a Steam release after a debut on Xbox 360, the little console that was somehow a shoot-’em-up warehouse.

Somehow BulletSoul completely flew by when it hit late last year in the US, following its 2011 release in Japan. I’m usually up to speed, but maybe it’s because I only bring out my Xbox 360 every couple of weeks to hit something that isn’t backward compatible on Xbox One. Either way, I missed it. I’m glad that the Steam version of the original seems to be getting some traction though, as this unassuming anime shmup is a great vertical shooter that stands on its own.

In addition to providing some great bullet hell patterns and interesting bosses, Bullet Soul‘s big deviation is in its name — after killing enemies bullets will dissipate into grey dots. It’s not a new thing in the slightest, but the risk-reward system of awarding you more points for killing enemies in close-quarters combat is definitely more noticeable with the reprieve of eliminating bullets from the screen. Plus, the soul mechanic is more impactful in boss fights, when you’re ripping pieces of them off and creating sections of greyscale bullets.

The three characters on parade are also wildly different. Sadahl, a kingly figure, has lock-on missiles that have a wide volley, and a drill-like weapon that’s almost like a melee attack. Zenichi (a real Captain Harlock type) is the fastest of the bunch with the most traditional shot-type and Yun is balanced, with a concentrated lightning beam and a whip-like laser. There’s also a fourth character that’s clearly tuned-up that’s playable in the alternate campaign after completion.

Like many other shmups it only has a handful of stages (five), but they’re done so well that I didn’t mind playing them all over again — not to mention the extra survival mode, local co-op, and level-specific score attacks. There’s something to be said about consistency too, as there’s no difficulty slider, just one standard mode that you’ll play every time.

I am a little torn on this decision, as I feel like it’s pretty well-balanced as a “normal” barrier of entry, but that’s just going to alienate folks who aren’t shmup enthusiasts, and turn off hardcore speedrunners as the top-end ceiling isn’t quite there. Granted, there is an “auto-bomb” option at the character select screen, which uses a bomb in lieu of a death after getting hit (as long as you have one available).

Still, I felt compelled to beat Bullet Soul several times over after my first completion, bolstered by the loud audio (including cheeky catchphrases) and bumpin’ soundtrack helmed by legendary composer Kenji Ito. It’s not the most challenging game around (especially if you opt for co-op, as no concessions are made to make it tougher), but it’s another welcome entry that’s made its way into my shmup folder on Steam.

[This review is based on a retail build of the game provided by the publisher. Keep in mind that the semi-expansion, Infinite Burst hit a month after the original on the Xbox Live Arcade, which could very well happen with the Steam release. No plans for Infinite Burst have been announced yet.]