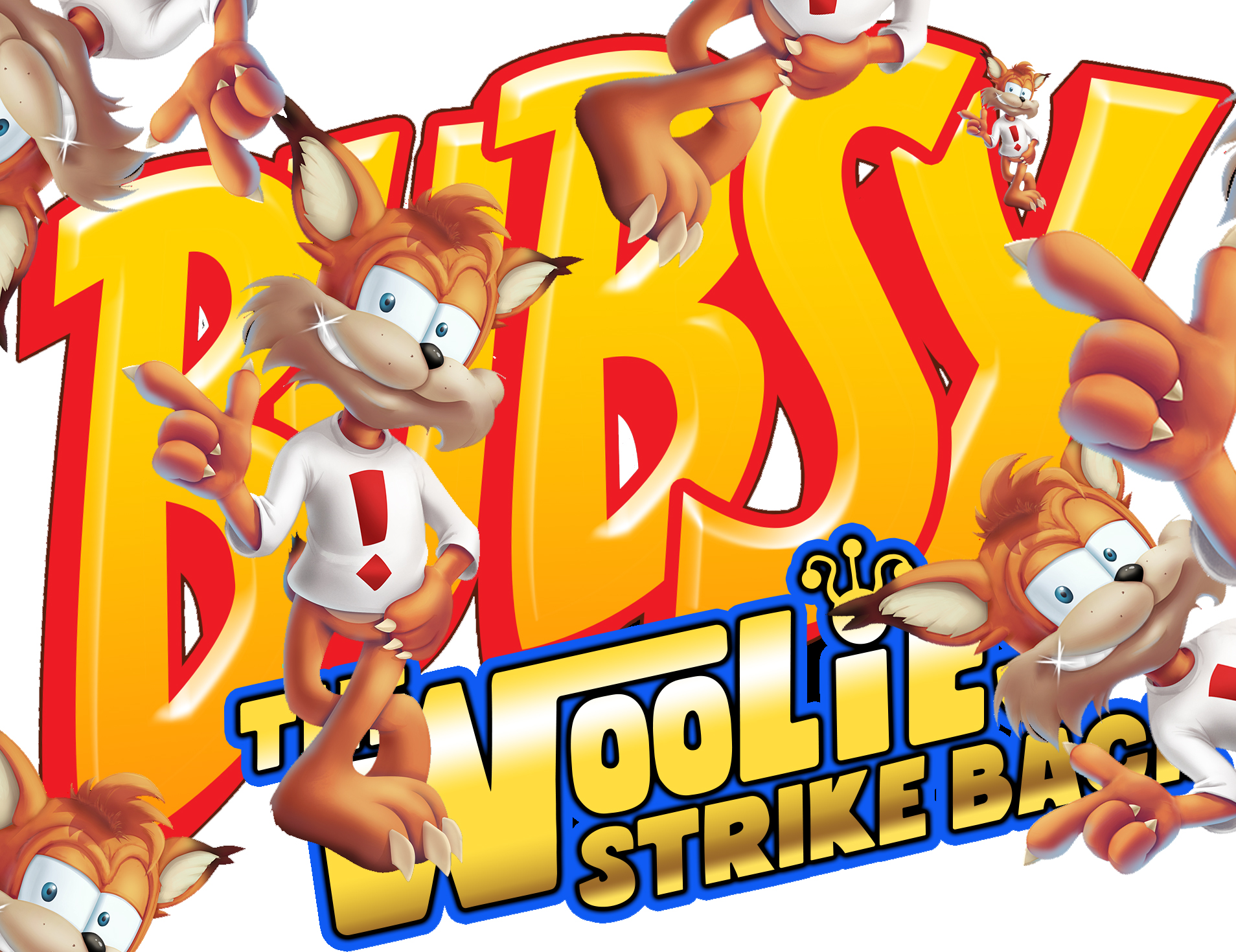 Swing and a miss

I just want to use this opportunity to point out that I didn’t take the easy way out and use the subheader of “What could possibly go wrong?” because we all know the answer to that question already. 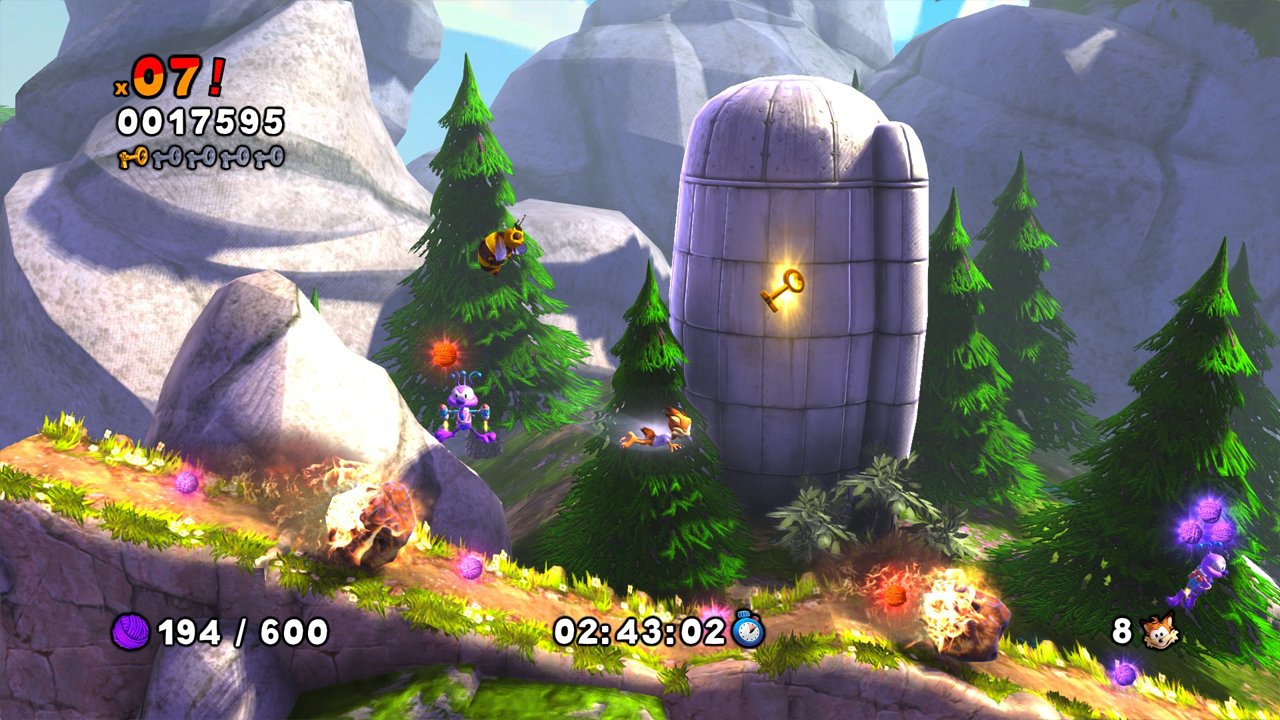 Oh boy, where do I even begin? Maybe with the fact that this game is somehow $30 despite only offering up 12 levels and less than two hours of playtime? Or maybe with the notion that, despite the big push on Twitter to make Bubsy “a thing,” Black Forest Games still manages to miss what made Bubsy somewhat charming to a paltry few young gamers in the ’90s. Oh, I know! I start by mentioning that the only emotion to grace my presence during my time with Busy’s return was that of anger, mostly directed towards the awful boss fights.

How about this: like usual, I’ll start with the story.

Bubsy’s thing was stolen and he’s out to go get it.

Alright, check. Done with that part. That wasn’t so bad, I think I can do this. Listen, if anyone is a Bubsy fan, it’s me. I wrote about this before and won’t re-tread similar ground, but I have a soft spot for the wise-cracking bobcat with no pants. I was excited for his return, though not hopeful. And to be honest, this is almost exactly what I expected.

It’s a competent platformer, really. Bubsy’s glide is back in full form, allowing for minor adjustments while jumping and acting as a double jump in the air. It’s strange that jump and glide are separate buttons — my mind tells me that if I hit jump again, I’ll double jump and if I continue to hold it, I’ll glide. Decades of platforming have trained me to make this assumption. Unfortunately, Bubsy: The Woolies Strike Back is so short that my mind never adjusted. Maybe that’s for the best.

New to Bubsy’s bag of tricks (no wait, that’s Felix the Cat, wrong feline) is a pounce attack. You know Slark’s Pounce ability in Dota 2 and how it has a set range and arc that he jumps in? No? There’s literally no one else in the world with Dota 2 knowledge who cares enough to read this Bubsy review? Okay, that makes sense. Anyway, Bubsy’s pounce is just like Slark’s. There’s no adjusting its trajectory once the button is pressed.  Much of the time, you’ll zoom right over the enemy you’re trying to kill, then walk back and jump on its head because it’s easier.

After jumping once, Bubsy can either double jump, glide, or pounce. This either-or dichotomy is frustrating and I constantly wanted to glide into position and then pounce. The amount of control would have been so satisfying and the game as a whole would feel snappier if this were the case.

The biggest issue with the platforming is hitboxes. Countless deaths occurred because I assumed I was going to bop atop an enemy’s head, only to miss them by a micrometer and die. I believe the hitboxes are pixel-perfect to the model, which I get, but without some sort of leeway many deaths end up feeling frustrating.

The levels themselves are incredibly easy to get through and can be done in less than three minutes if you don’t do any collecting or exploring — ruining the entire point, really. Collecting all or most of the yarn balls in each level is where the vague notions of challenge come into play. Each level keeps track of if you 1) completed it without dying, 2) found five keys and opened the Yarn Vault, and 3) collected all of the extra t-shirts. The first is difficult because of the aforementioned hitbox issues and the occasional “surprise” off-screen enemy who suddenly is in your face. The second objective is easy as shit. The third is the fairest, as exploring levels for the extra shirts feels rewarding. The first shirt you collect will add a shield to Bubsy, allowing two hits before death. If you collect further shirts while shielded, they become extra lives. 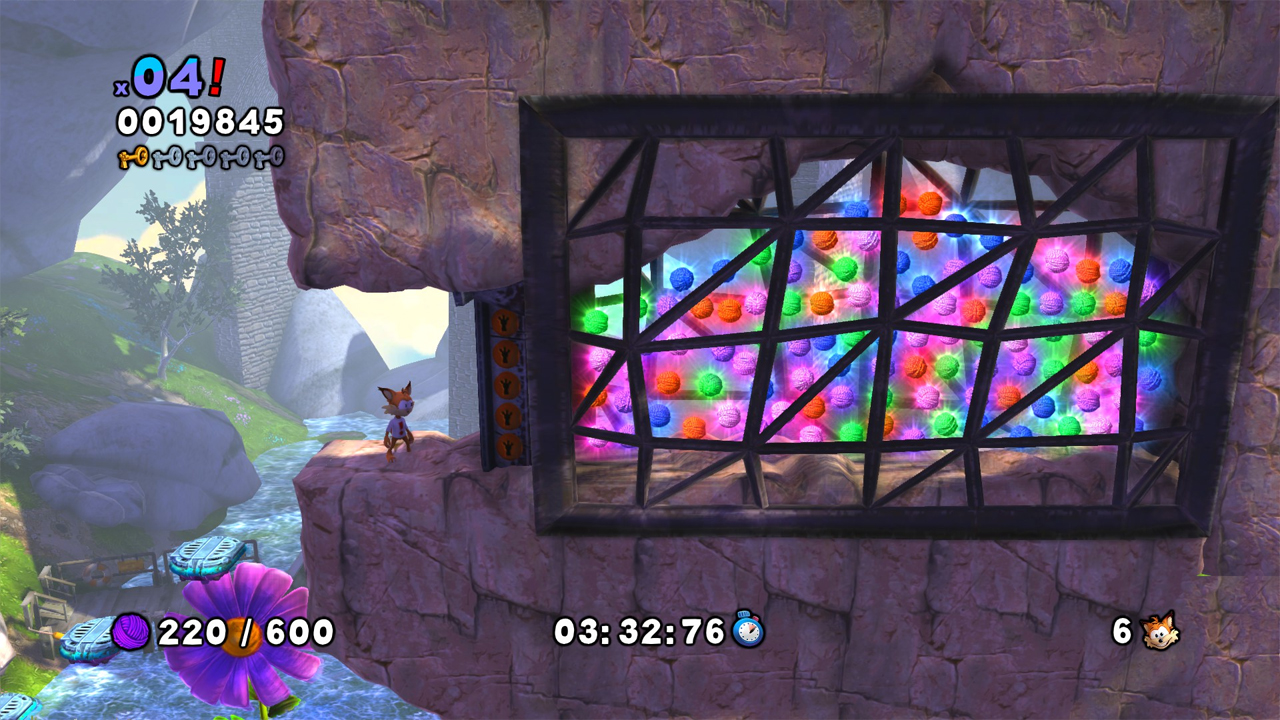 Then there are the boss fights. A whopping three of them are almost identical. In fact, the bosses themselves are identical. It’s the same UFO with slightly different skins. The first one is a brain-dead exercise in patience and the last two feel identical in structure. Yet they find ways to make me literally say, out loud, “I wish I were dead.” Most attacks are so blatantly telegraphed that it’s insulting, but then the boss will whip out some immediate movement that requires precognition to avoid. Worst (best) of all, Bubsy is almost entirely silent during these encounters. How can you have so many new voice lines and none during the boss fights?

Speaking of Bubsy speaking, that’s one aspect I felt happy with. If anyone knows anything about Bubsy, it’s that he cracks wise. There’s an in-game slider for the frequency of the voice lines and if you crank it all the way up it’s just titled “Bubsy.” Perfect Purrfect. In my mind, there’s no other way to play the game and this should be the default. Bubsy spits out terrible one-liners almost every other second and I love that. That being said, there’s only one death animation. Part of the fun in the Bubsy games was dying to various things (it was bound to happen) and seeing the animation play out, usually along with some voice line. Here, when you die, Bubsy does a little flying tumble and you respawn. It’s disappointing and really removes a lot of the personality from the little furball. 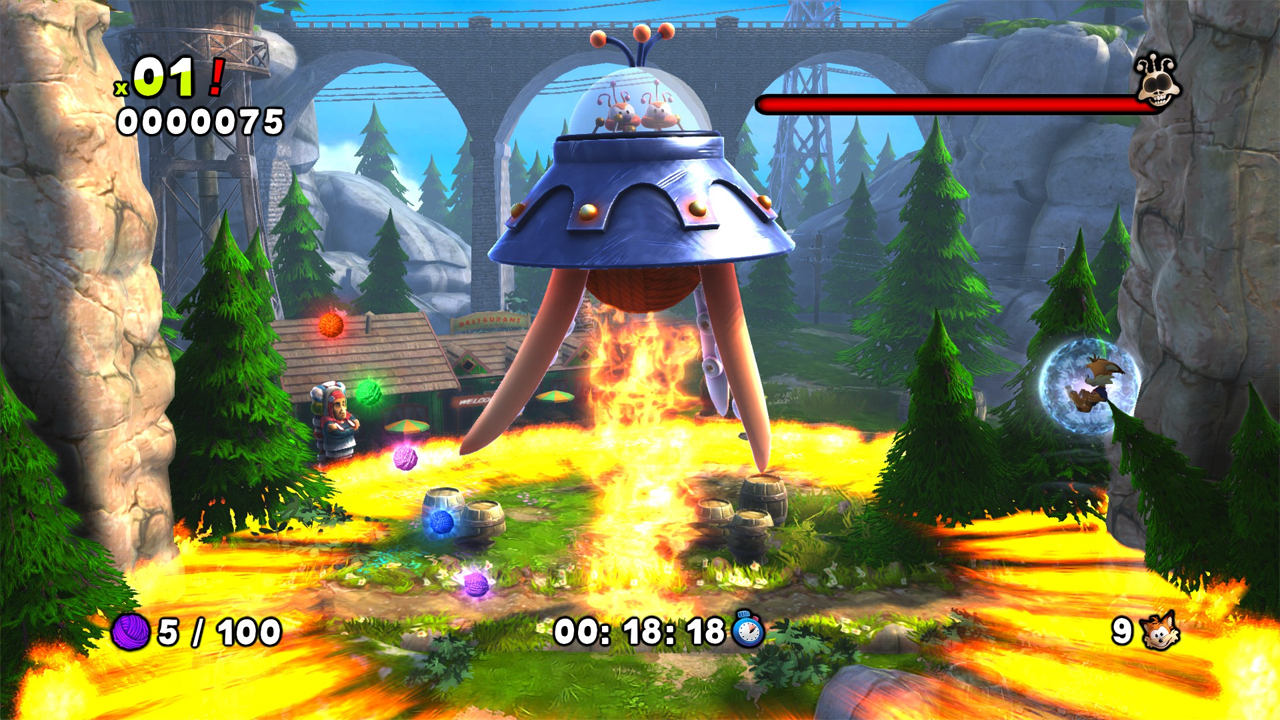 Speaking of a lack of personality, the visuals are just so bland. The fidelity is fine, but there’s just no…anything, really. It looks like they made a select few assets and threw them together. Every level feels (and even looks) exactly the same. The last set of levels at least strike a visually different tone, but their structure and geography is identical. It’s bad enough that there are so few levels, but considering each one feels the same, the issue is only exacerbated.

I’m not sure why this game exists. Maybe there are some weird contract shenanigans similar to the one that has given us Peter Parker after Peter Parker on the big screen. Maybe it was a joke that got taken a little too far. It doesn’t feel like much love went into this project in almost every aspect. It’s probably the best game in the Bubsy franchise (not saying much), but also lacks some of the few things that really gave Bubsy any definition at all. It just feels like a random platformer with Bubsy plastered all over it because hey, remember him? Oh also it’s thirty dollars.

In a year that has brought us a bevvy of amazing platformers, some even revitalizing long-dormant series, Bubsy is easily left behind.