To some, the Bravely Default franchise exists merely on the peripheral plane.

“We want more old school JRPGs,” fans cried out. “Here’s a few,” Square Enix answered. But the reach of projects in the aforementioned series, as well as one-offs like Lost Sphear, I Am Setsuna, and Oninaki, is lost on some.

Maybe Bravely Default II, with the power of the Switch install base behind it, will change that narrative.

Wait, we already got a Bravely Default II, right? No! That was Bravely Second: End Layer, friend! You know Square Enix will never miss the chance to give us a sneaky cryptic title. Confusingly, this Bravely Default sequel is actually billed as a standalone adventure. So despite the nomenclature, you can jump right in. Like the others, it falls very much in line with a classical fantasy tale. With monks. And giant anime swords.

This is a ye-old-kingdom setting, complete with the all-power crystal motif yet again. We even get an amnesiac-type hero! And he meets helpful people fairly early and becomes entwined in a crystal-theft plot. There’s tropes. Oh there’s tropes! Like a literal mustachioed villain practically twirling their facial hair in quick cryptic cutscenes. Plus, some classic bizarre voice acting choices sprinkled on top. It’s a series staple at this point.

But like past Bravely joints, and some semi-recent JRPG work from Square as a whole, there’s a lot of passion on display. The characters seem to actually care about one another, and their writing shines through, despite a few of those clichés mentioned earlier. There are so many optional stop-and-chats (more on that system later) that I’m glad I listened to, as I was able to ascertain a greater personal insight into the cast.

It’s also a gorgeous game. Bravely has always looked good, especially when it comes to concept art, but now with the Switch it finally feels like it can live up to a lot of that promise. There are some beautiful landscapes on display, with the option to zoom out heavily and really take them all in. The chibi character models and lo-fi “talking heads” cutscenes are going to be polarizing still; but having never minded them that much in the first place, it was easy to acclimate. The environments are often characters themselves and steal the show.

Mechanically, Bravely Default II benefits from all of the modern JRPG bells and whistles: save practically anywhere, the ability to view enemies in the field before a fight starts, quick heals to freshen up your party. It ranges from streamlined to rote at times, depending on how much a particular area or set of enemies overstays its welcome.

The travelogue catalog menu is also extremely helpful, which constantly points you toward your next objective to keep you on track. Breadcrumb trails are commonplace at this point, but Bravely Default II again goes a step further by providing story context, as well as the chance to rewatch cutscenes if you want. Alternatively, you can skip some scenes for whatever reason, then go back and watch them in the handy travelogue menu. In turn, you can speed up battle sequences, which is useful for random trash fights. Speaking of.

The “bank and spend turns” battle system that was born in the original returns, and it still works. The gist is that you can “default” to save up turns if you don’t need them (if an ally is out of MP for example, or the enemy is in a defensive position), or “brave” to spend four turns in a row and execute four actions. On top of all that you can customize your party and change their jobs, which includes a main class and a subclass.

I had a blast all over again trying out all of the combos, which can be effortlessly swapped at all times. Even very early on it can be thrilling to do something like spend two brave actions to examine/scan enemies, then blow four actions with your glass cannon black mage to nuke the entire enemy squad once you’ve ascertained their weakness. In that sense, it’s rewarding to solve even the most minor of puzzles. The job system as a whole is fantastic and open-ended, and although it’s going to take a while before you find your full party groove, it’s fun to get there. 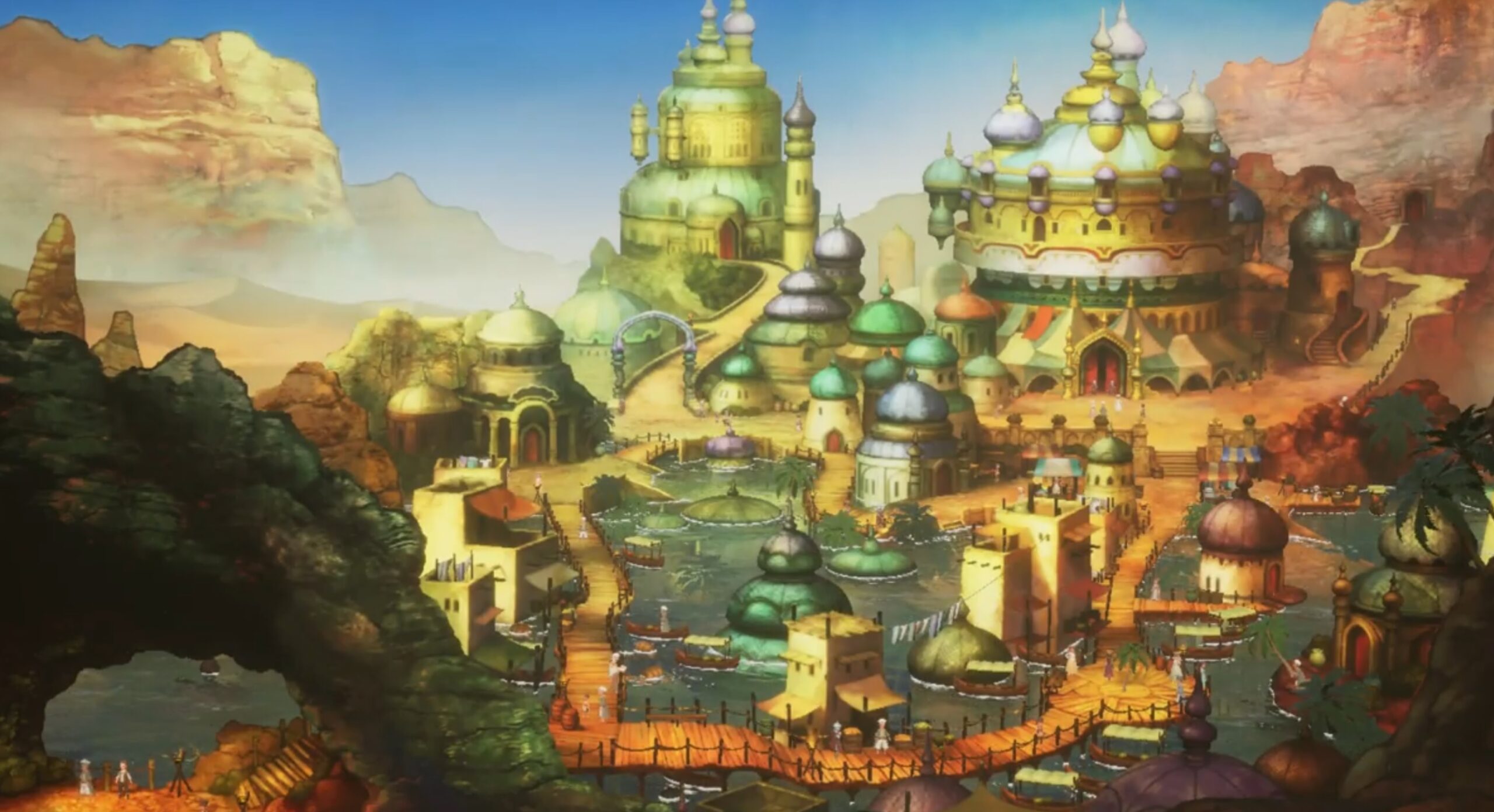 By and large though, the main story is the core objective. World map sections generally don’t have an overwhelming amount of stuff to do in them (other than cut down bushes or shrubs for potential low-impact items), and side quests generally are in the “early day MMO kill stuff” variety lane. There’s also a light exploration system mechanic where you can send a ship off on a journey while your system is in standby mode for bonus items, but that’s about it. Early on at least, it’s not as engaging as, say, the rebuilding-the-town minigame in the first Bravely.

That’s pretty much Bravely Default II in a neat little package. It’s more Bravely Default, which is more classic JRPG formula, distilled for a modern era. It’s not going to reinvent RPGs as we know them, but this series still has life in it yet.