We’re nearing the home stretch for the Borderlands 3 season pass; which I don’t believe for a second is the end of Borderlands 3‘s DLC run, so long as Gearbox has anything to say about it.

We’ve raided a casino and united two lovers: now it’s time to kick back in the old west with Bounty of Blood. Just don’t get too comfortable. 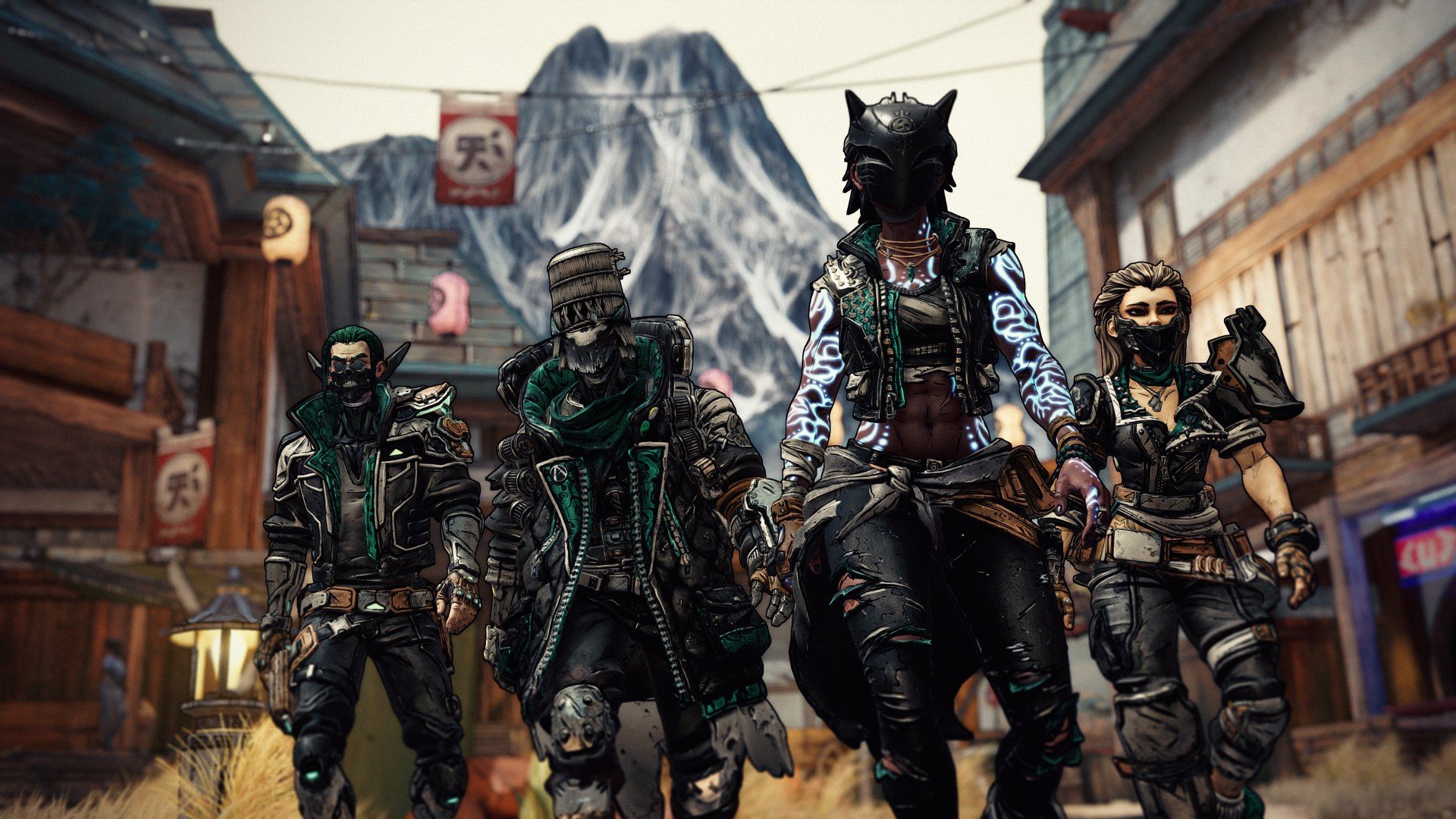 After heading to planet Gehenna you’ll become embroiled in a local scuffle between a simple town and the “Devil Riders,” a band of outlaws. “Simple” really is the way to describe the DLC and Gehenna as a whole, because while the town itself is unique, the rest of the planet and the structure of the narrative is very familiar.

As a classic western fan at heart, I was more than ready for Bounty of Blood‘s “Man with No Name” motif with a slice of Kurosawa lime twist. But regrettably most of the action takes place outside of the confines of the new theme, slotting very comfortably into what could be considered a lengthy sidequest in the core game. There’s a few new things that try to differentiate Bounty from the pack, like a Matthew McConaughey-sounding narrator that overstays their welcome, jump pads, “coresploder” objects that can be smashed into specific areas and an enemy charm mechanic (that old school concept where you trick enemies into working for your temporarily).

The thing is, all of these are very sparingly done in a halfhearted attempt to make the DLC feel zanier than it really is. Jump pads are restrictive once you actually launch and are few and far between. The charm concept comes near the end and doesn’t feel or look very impactful. Coresploder puzzles are accompanied by very obvious glowing markers that remove any sense of agency or excitement from discovering a solution on your own. You also have to navigate the new level cap of 60, re-farming your favorites.

It’s a lot to take in at once, yet somehow not enough. And on their own it all wouldn’t seem like a big drag, but Bounty of Blood also contains one of the weakest scripts to date. The conflict is a lot less nuanced and the actual dialogue is more exposition-heavy than the past: wasting the potential of some of the new characters. On a technical level, I also encountered more pathing issues with NPCs (where they’d walk into a wall or another object for a bit) than any other questline.

It’s not like Bounty of Blood is bad though, per se, as it contains a number of great knockout fights with several sprawling arenas. It’s still a hell of a lot of fun to stomp through any environment in Borderlands 3, and there’s a few fun sidequests afoot: one of which tasks players with looking for clues to suss out buried treasure. The town itself is also full of personality, serving as one of the more built-out hubs in recent Borderlands memory.

But it’s not enough. Borderlands 3: Bounty of Blood just tries to do so many things that it ends up becoming a cacophony of concepts. It’s still Borderlands 3 though; which is always a plus.