You know what I really want to play on my Switch? 2D Zelda games! But with the Virtual Console nowhere in sight, our options are pretty limited. In comes Blossom Tales, a 2D Zelda clone that doesn’t do anything amazing for the genre, but it sure does play up the nostalgia.

It has all those things you love: a sprawling overworld, heart pieces, squid monsters. It may not be A Link to the Past, but Blossom Tales is one hell of a tribute to that classic. It does the 2D dungeon crawler justice all while giving off a certain charm that makes it more than another forgettable clone. 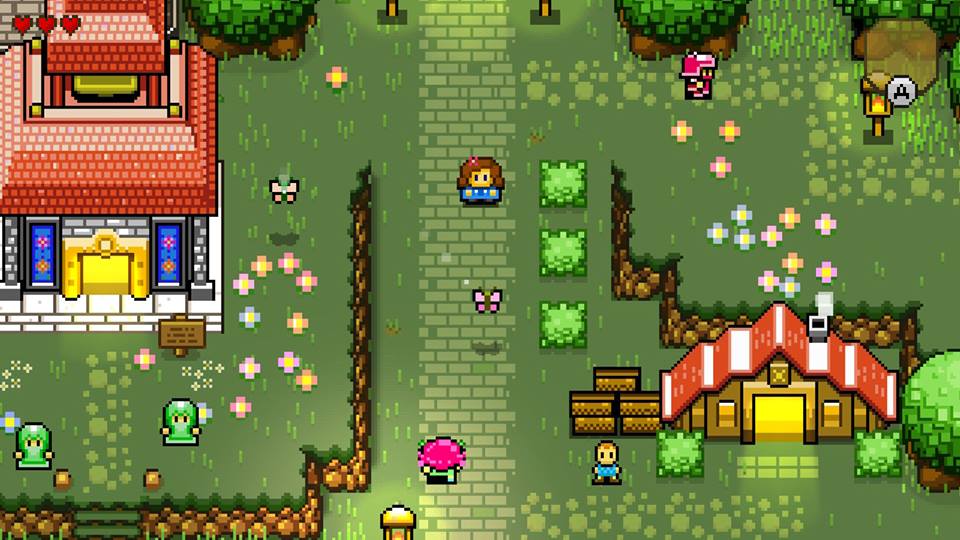 Blossom Tales stars Lily, a fledgling Orchid Knight on a journey to save the king who has been cast into a deep sleep by his brother, the evil wizard Crocus. Not exactly treading new ground narratively.

Blossom Tales makes early attempts to separate itself from your base Zelda narrative, most notably with its framing device. An elderly man relays Lily’s story to his two granddaughters rather than us experiencing it outright. At times this bleeds through to gameplay with the two girls bickering over what sort of enemies or puzzle Lily encounters. Naturally, you’ll have to intervene and decide who was right. It doesn’t change anything plot-wise, but choosing whether your next encounter is with archers or golems is a fun way to keep things interesting. 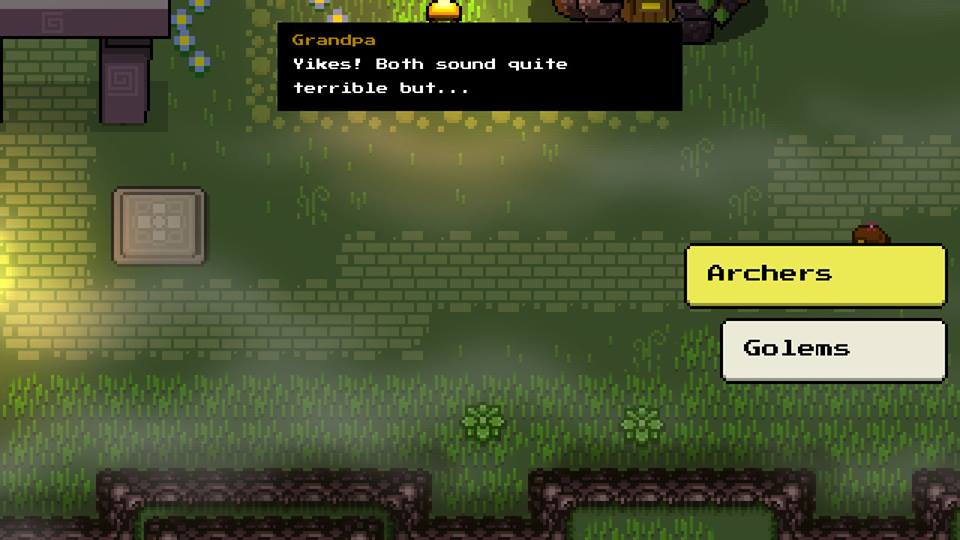 The beautifully painted overworld is clearly trying to play up that SNES nostalgia, however, I can’t help but notice the sprites are simpler than anything we saw in that era. Just the same their cute simple look has a charm to it and the game looks right at home on my Switch between those two colorful Joy-Con.

At a quick glance, Lily’s skillset seems almost identical to our old green-clad hero Link, but it goes a bit deeper than he ever managed on old hardware. Lily can string together some simple combos and even perform a lunge attack during her all too familiar spin attack.

There are only four full dungeons to speak of in Blossom Tales so most of the game’s length is derived from exploring this world and completing side quests. We’re not talking about huge narrative threads here; mostly NPCs asking for certain items dropped by enemies in exchange for heart pieces or items. It isn’t much, but it gives you a reason to explore some of the more obscure corners of the map. 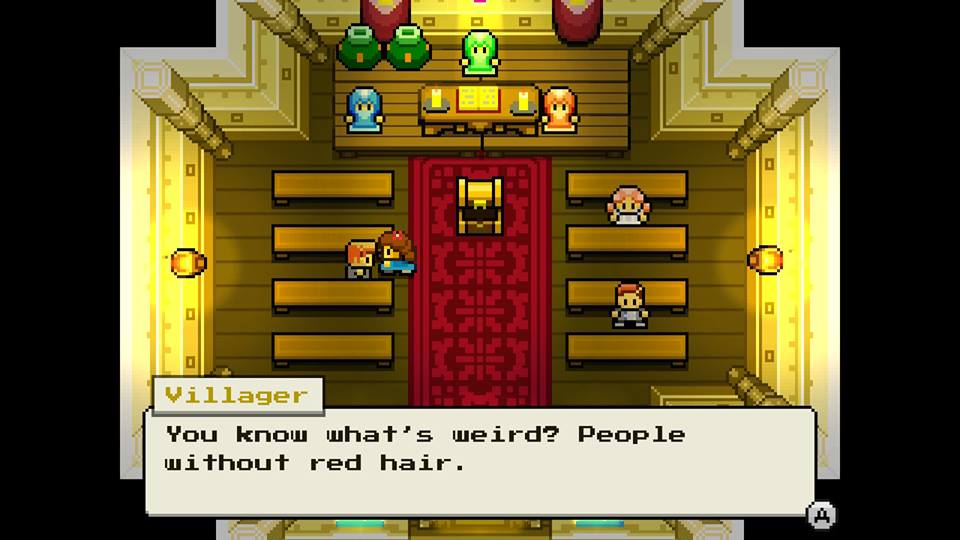 Blossom Tales‘ dungeon design can get repetitive. Across the four main dungeons, you tend to encounter the same puzzle designs over and over again. Basic switch puzzles or traps that involve changing the color of floor tiles, these gauntlets fail to really make use of Lily’s arsenal of gadgets like her boomerang or various spells.

If I’m being honest, Blossom Tales might be a bit heavy-handed in its homage to the Zelda games of the past, but it brings a certain charm and fun to the Switch library. It also makes for a pretty good substitute as long as I still can’t play A Link to the Past on my Switch.